It was 14 years ago that Vladimir Putin was elected president for the first time, winning 53.4 percent of the vote on March 26, 2000.

While Putin was not in the Kremlin for four of those years, few would dispute that he has always remained at the helm of Russia. Here's a look back at Putin over the years — in pictures. 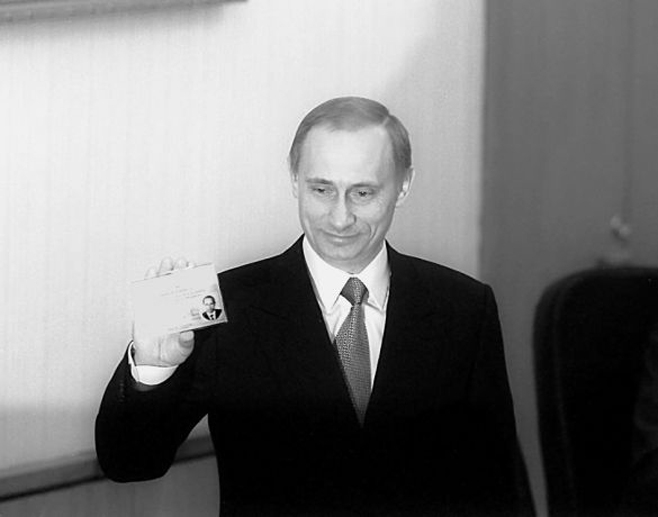 Acting President Vladimir Putin, pictured in Moscow on Feb. 15, 2000, showing the candidate's card that allowed him to run for president. ( Igor Tabakov / MT) 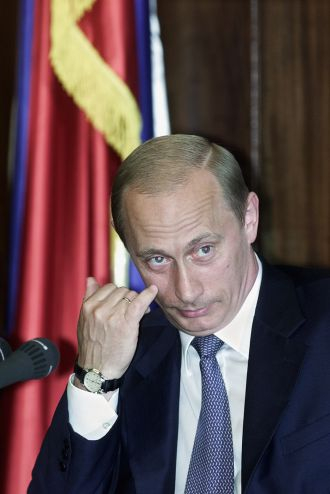 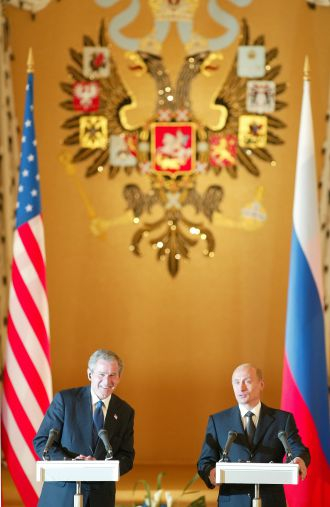 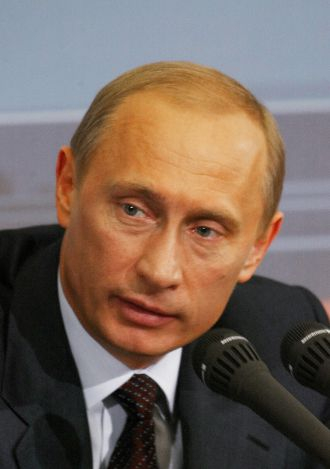 President Putin fielding a question from one of the 710 journalists who attended his annual news conference in Moscow on June 22, 2003. (Igor Tabakov / MT) 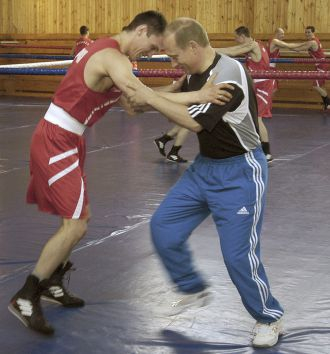 President Putin fighting with Olympic champion Oleg Saitov at a training session of the Russian national boxing team in Moscow on March 14, 2004. Putin was running for a second term at the time. (Kremlin.ru) 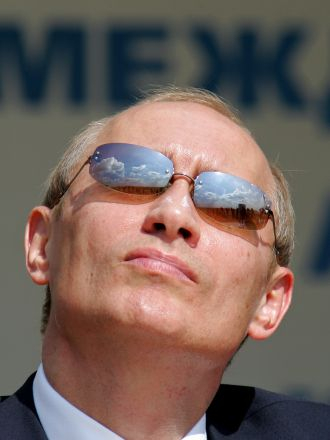 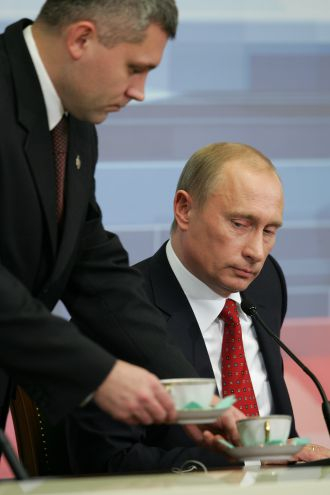 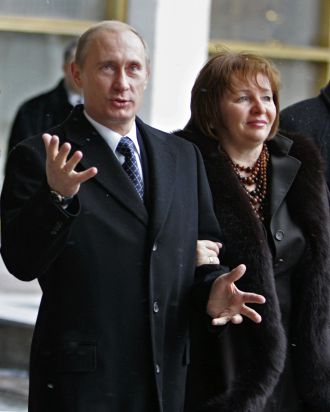 President Putin and his wife, Lyudmila, voting in Moscow during State Duma elections on Dec. 2, 2007. (Kremlin.ru) 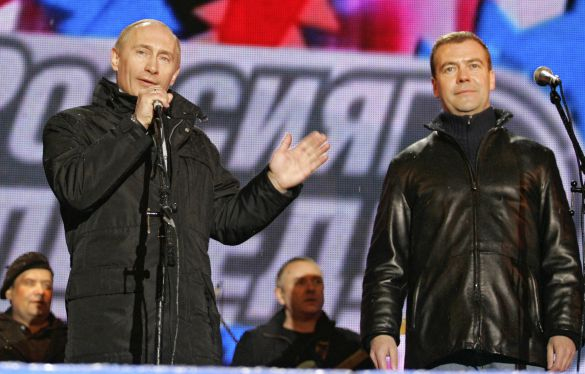 Putin and his hand-picked successor as president, Dmitry Medvedev, greeting supporters during an election day concert on Red Square on March 2, 2008. (Kremlin.ru) 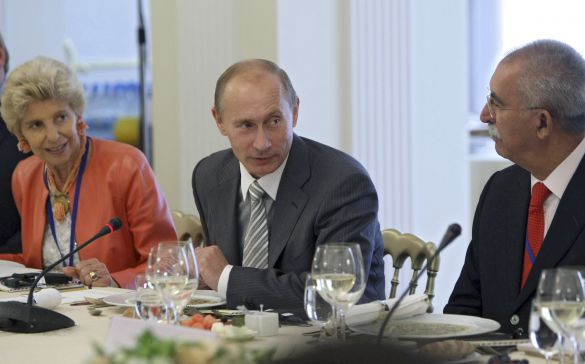 Prime Minister Putin meeting with academics and reporters from the Valdai discussion group at his Novo-Ogaryovo residence outside Moscow on Sept. 11, 2009. (government.ru) 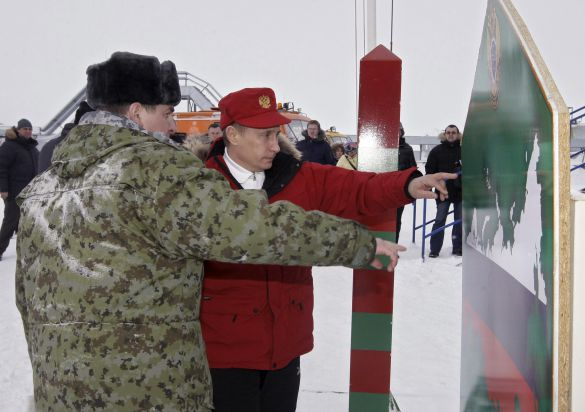 Prime Minister Putin listening to an explanation at the world's northernmost border checkpoint on the Carl Alexander Island in the Arctic Ocean on April 29, 2010. (government.ru) 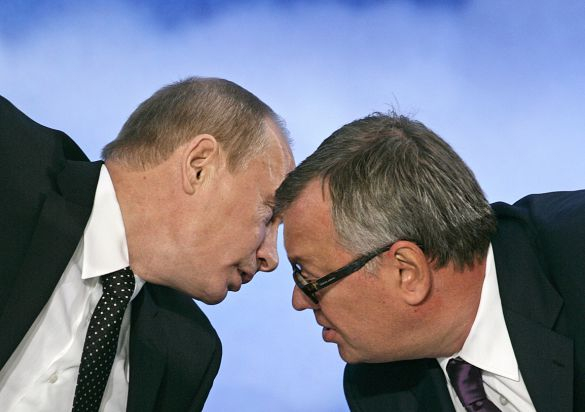 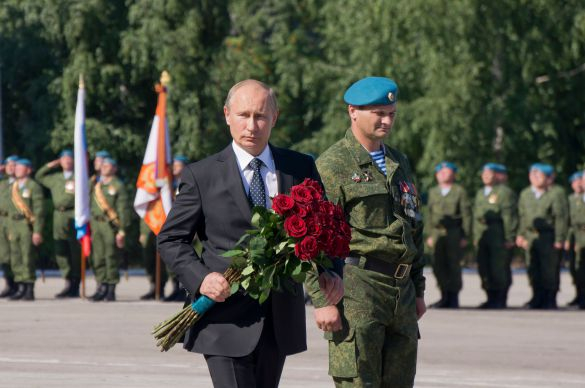 Putin paying tribute to World War II soldiers during a visit to Ulyanovsk in an archive photo. (Vladimir Filonov / MT) 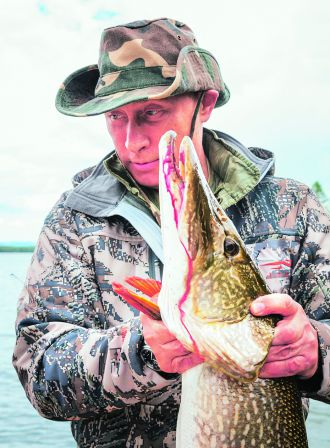 President Putin holding a big pike he caught while fishing in the Siberian republic of Tyva on July 20, 2013. (Kremlin.ru) 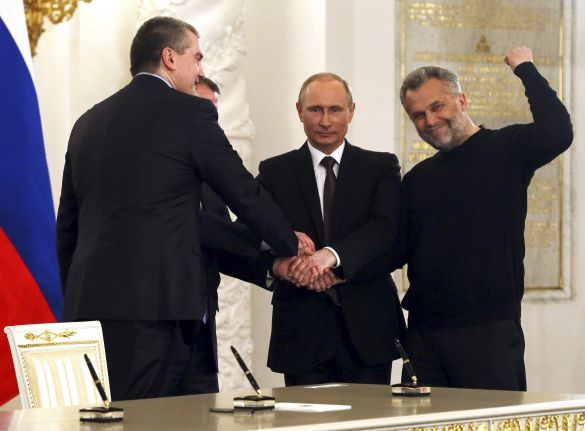