Businessmen in Crimea have a positive attitude toward joining the Russian economy, but are concerned about legislation and banking, members of Delovaya Rossia said Monday.

Members of the business lobby group have just returned from a mission to the peninsula to gauge the business climate and assess the economic prospects of the newly annexed region.

"We initiated this trip, because we would like to help Crimean business to integrate into the Russian economy as smoothly as possible," said Delovaya Rossia co-chairman Andrei Nazarov.

Nazarov and his colleagues from the lobby group met the Crimean government and the business community this past weekend.

"There were representatives of different sectors of the economy. The general mood of the businesspeople there is very optimistic. However, they do feel some stress over different issues — from the switch to the ruble and economic integration," Nazarov said.

Integration of the Crimean economy into the Russian one will take place in two stages, he added. The first stage will last till the end of this year and will be connected with transitioning to the ruble and keeping current financial operations alive. The second stage will take place over the next three years and will tackle long-term investment problems. A free-trade zone should be created in Crimea, at least during the transition period, Nazarov said. 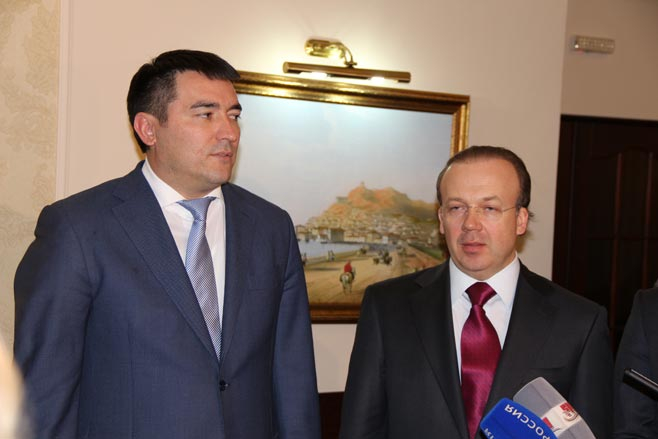 One of the conclusions of the fact-finding effort is that in addition to tourism, metallurgy and agriculture also need cash injections to make the region's economy function properly. However, some members of Delovaya Rossia think the most urgent task is for the peninsula to gain energy independence from Ukraine. "This should be task number one on the priority list," said Sergei Gabestro, a member of the Russian business lobby and a former Ukrainian citizen, who is now co-owner of a hotel in Yalta and was part of the delegation

A key problem right now is a deficit of cash. Hryvna cash resources have been almost exhausted and the ruble has not arrived yet. Another point of concern is the development of a new banking system. Currently some banks in Crimea have stopped working and not all ATMs provide cash. Russian banks are now trying to open new branches to help tackle the crisis.

"Another issue, which raises concern is the way the Crimean business will establish trade links with Russia," said Gabestro. He added that the business community is paying close attention to the legislative framework being developed, as it is still unclear which Russian laws will be enforced in Crimea.

Delovaya Rossia is planning to sign a three-way memorandum of cooperation, which will also include the Crimean authorities and Russia's Business Ombudsman Boris Titov. In April the group will hold a series of seminars for different business sectors aimed at providing assisting entrepreneurs and helping them get used to the new economic environment.