When Viktor Tikhonov broke the news that he had made the Russian hockey team to his grandfather — the legendary Soviet hockey coach with whom he shares his name — the elder Tikhonov did not blink.

"Of course my grandfather congratulated me when I told him I was on the team," the younger Tikhonov said in a telephone interview. "He was very proud to hear the news but first asked me why my club team had lost its last game."

Tikhonov is the heir of Russian hockey royalty. He is the son of Vasily Tikhonov, who coached professional teams in the U.S., Russia, Finland and Switzerland, and was named after his grandfather, the Soviet Union's most successful hockey coach.

Viktor Tikhonov Sr., a retired colonel who headed the Central Red Army and the Soviet Union's hockey teams at the height of their success in the 1970s and 1980s, was notorious for his ruthless training techniques.

His players were confined to barracks and trained 11 months a year in punitive, military-like conditions.

But the elder Tikhonov's methods paid off. Under his leadership, the Soviet Union earned four Olympic medals and eight world championship titles, and the Central Red Army won 14 Soviet titles.

The younger Tikhonov, a right winger for SKA St. Petersburg, only had kind words for his grandfather, whose draconian approach to Soviet hockey seems at odds with the image of the sweet, chess-playing Russian grandfather. 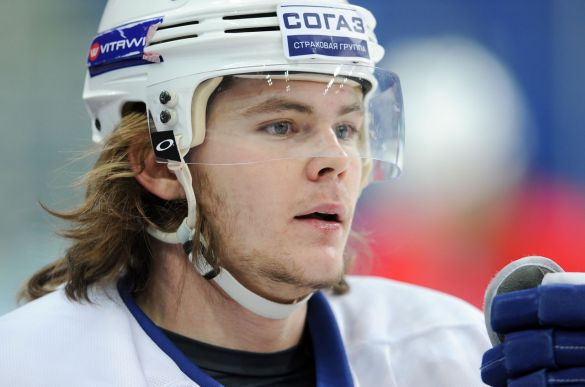 "My grandfather is great," Tikhonov said. "He always gives me good advice on the mental aspects of the game, on how to stay positive and focused. He was the first person to get me skates. You could say I started playing because of him."

The 25-year-old Tikhonov, who spent much of his childhood in California when his father Vasily was an assistant coach with the San Jose Sharks, exudes an aura of West Coast teen spirit.

The baby-faced athlete, whose shoulder-length mane sluggishly hangs out of his helmet, looks like he can catch a wave just as well as he can chase a puck.

"I received my Russian passport when I was 16 or 17," Tikhonov said. "I am Russian by blood and I cannot imagine playing for another national team. But I still spend time in the U.S. in the summer. I guess I am a Russian-American mix."

Tikhonov's royal pedigree is not what earned him a free ticket to Sochi. Despite a disappointing stint in the National Hockey League that led him to be relegated to the American League in 2009, Tikhonov has worked his way up to becoming an Olympian. 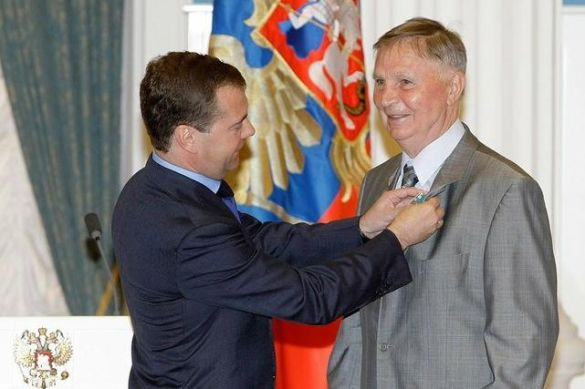 Tikhonov currently has 16 goals and 13 assists this season, and is tied for the highest number of goals on his team.

During the NHL lockout of the 2012 to 2013 season, Tikhonov excelled alongside future Team Russia teammates Ilya Kovalchuk and Vladimir Tarasenko for SKA St. Petersburg, convincing skeptics that he truly belongs among Russia's best.

"I do not think Tikhonov's selection for Team Russia was the result of family connections," Pavel Lysenkov, a hockey analyst from Sovietsky Sport newspaper, wrote in an e-mail. "Viktor Tikhonov was supposed to play for Russia in the last two World Championships but was injured. This is the only reason why he was not part of that gold-medal winning team."

Although his name carries weight on the Russian hockey scene, nepotism is not an option for Tikhonov.

"I have never wanted people to think that I got where I am because of my grandfather," Tikhonov said. "I want to do things my own way."

You can watch Viktor Tikhonov and the Russian hockey team in Sochi starting  Feb. 13.