Environment ministers and delegations from the five countries bordering the Arctic met in Moscow on Wednesday to voice continuing support for polar bear conservation and outline steps for saving the species, which activists and officials say is increasingly vulnerable to the effects of global warming and resource extraction.

Representatives from Canada, Denmark, Norway, Russia and the U.S. also vowed to meet again in 2015 to sign a specific action plan on polar bear conservation.

The International Polar Bear Forum marked the 40th anniversary since the signing of the 1973 Agreement on the Conservation of Polar Bears. Ministers described the agreement as a success but noted that it might be outdated. The major threats that polar bears faced 40 years ago were overhunting and illegal trade, while now most delegations listed climate change as the number one concern.

Environmentalists expect to get the first ice-free summer in the Arctic within a generation and said polar bear populations now also face growing pressure from oil and gas exploration and fishing. 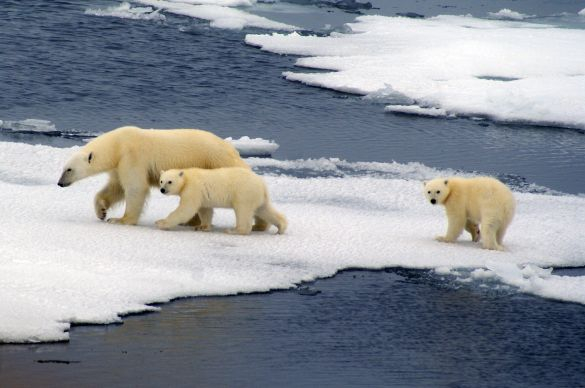 Mother polar bears care for their cubs for the first two years of their lives.

“We know that today the Arctic, perhaps like at no time before, needs special and careful attention,” said Russia's Natural Resources and Environment Minister Sergei Donskoi. “Economic activity in the Arctic will bring benefits only if the economic interests and environmental conservation are in a logical balance, not for a short period, like 10 to 20 years, but for the long term.”

Prime Minister Dmitry Medvedev was the initiator of holding the forum, but did not make an appearance at the Metropol Hotel in the city center, despite the short walking distance from the hotel to the Kremlin or the fact that he was slated to give opening remarks to the high-ranking delegates.

Attendees shrugged off Medvedev's absence and noted the significance of the very fact that such an event was being held in Russia.

“This is an important moment in polar bear conservation,” Jim Leape, chief of the World Wildlife Fund's International Secretariat, told The Moscow Times. “It is important to recognize that this collaboration has worked over the last 40 years. We have several populations that are healthier than they were before. We are at a moment when we have to do much more to save the polar bear.”

Global warming was the catchphrase of the day, but some environmentalists cautioned against letting this factor overshadow other threats that the polar bears face. Donskoi mentioned poaching as the top threat for the species in Russia, which the local office of the International Fund for Animal Welfare, or IFAW, was pleased to see acknowledged.

Masha Vorontsova, regional director of the IFAW's Russia and CIS office, called for a complete ban on polar bear trade and called legal commercial hunting in Canada “a catastrophe.”

Canada is the only Arctic country that allows polar bear hunting and its delegation made a big effort to argue that indigenous peoples of the country have the right to continue their traditional activity. 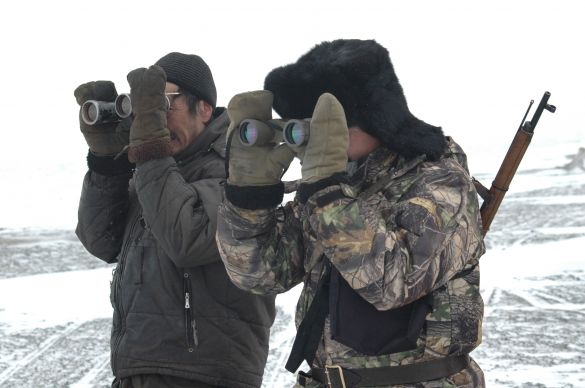 Arctic nations are hoping new technologies will allow them to do more accurate counts of polar bear populations.

This was the only delegation to put up a table in the foyer of the hotel where passersby could grab pamphlets, claiming to separate “the facts” from “the lies.” The latter offered counterpoints to the arguments that polar bears are on the brink of extinction and that Canada's international trade in polar bears is a threat to the species.

The delegation also created a separate news release that urged respect for the native Inuit livelihood.

“I was born and raised in Canada's Arctic … I grew up eating seal meat, polar bear meat, caribou meat and fish, and Canada's Inuit are not unique in that way from the Greenland Inuit, Alaskan Inuit or Russian Inuit,” Canada's Environment Minister Leona Aglukkaq, who is also a member of the Inuit tribe, told The Moscow Times. “We have lived and existed in this region for thousands of years, and we have valuable knowledge to contribute to science.”

Aglukkaq proceeded to compare the current taboo on polar bear hunting to the seal hunt, which the European Union, and subsequently Russia, banned.

“The World Trade Organization has made the decision not to import seal products into the EU. on the basis of moral issues. Whose morals? This is what we have eaten for thousands of years, and all of a sudden on moral grounds we cannot export our products,” the minister said.

But Vorontsova said the aftermath of the Canadian polar bear hunt often spills out of its borders and is particularly felt in Russia where there is a demand for their furs among the wealthy.

The IFAW monitored Russian-language websites and found 14 ads for polar bear skins in 2011. In 2013, there were 93 new offers. A fur from a Canadian polar bear costs about 65,000 rubles ($1,950), said IFAW's program director Anna Filippova. 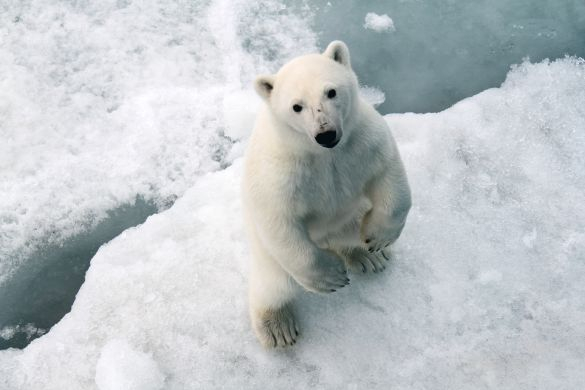 The threat from gas and oil exploration also led to debate.

Greenpeace released a study on Wednesday that lists Russia's gas giant Gazprom, which has a long-term strategy for Arctic exploration, among the top 10 companies responsible for climate change, along with Chevron, ExxonMobil and BP.

Gazprom is currently also leading the race for the Public Eye Award, which is symbolically given to companies that display irresponsible business practices and contribute to environmental destruction.

“We simply should not be allowing the development of oil and gas resources in the Arctic,” WWF’s Leape said at a news conference. “There is no oil company anywhere in the world that has the capacity today to contain or clean up an oil spill in Arctic conditions.”

Donskoi said that no economic activity would be allowed to take place in the 19 specially protected Arctic zones where polar bears reside and promised that the Natural Resources and Environment Ministry would work to expand the number of such zones.