In Ukraine's Orange Revolution, Maidan Nezalezhnosti, or Independence Square, was the focus of daily mass protests in Kiev in 2004. in 2013, protesters took to the square once again to voice their disapproval at their government's about-turn and decision not to  sign an Association Agreement with the European Union.

Photos gathered from social media show how the protests, called Euromaidan, have unfolded. 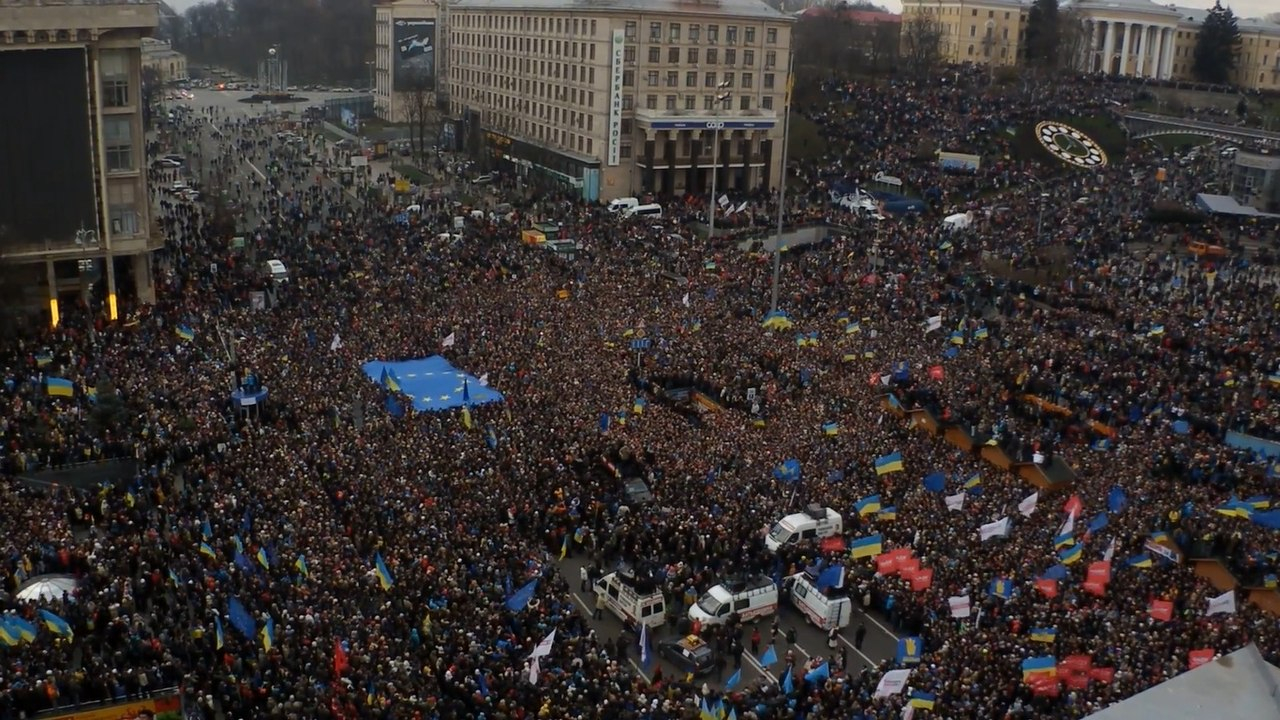 According to law enforcement agencies, only about 3,000 people turned out for the protest, though this picture shows otherwise. (Euromaidan / VKontakte) 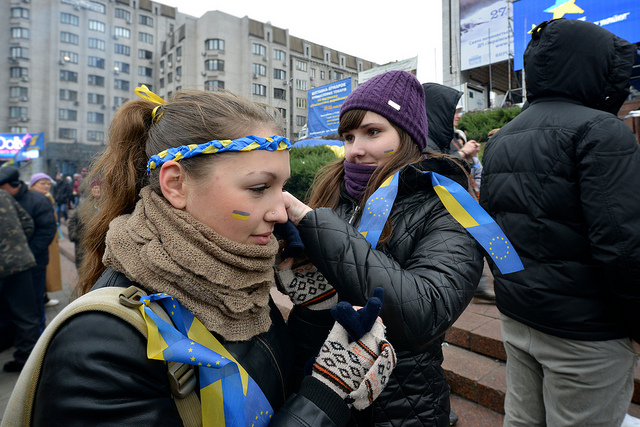 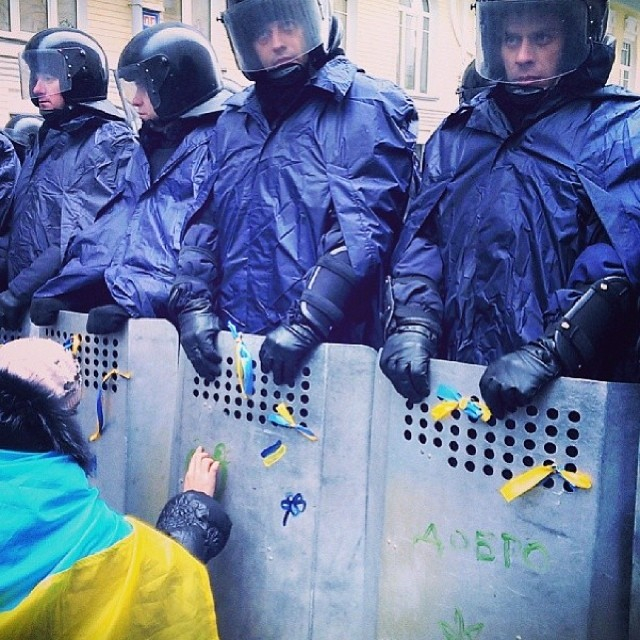 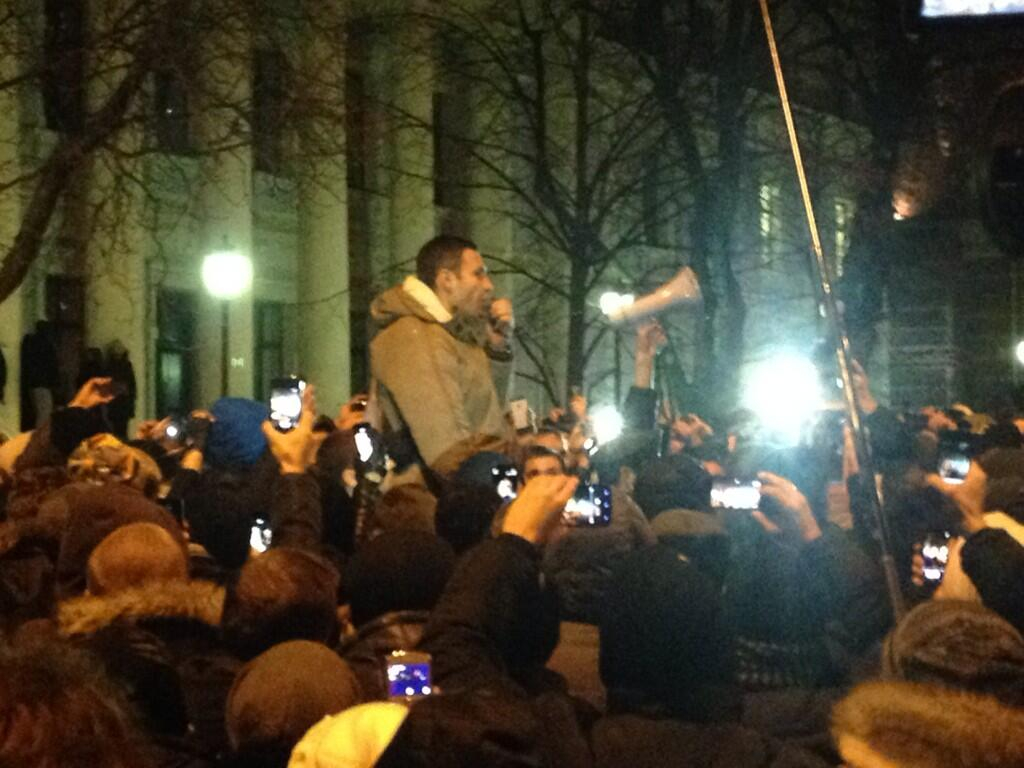 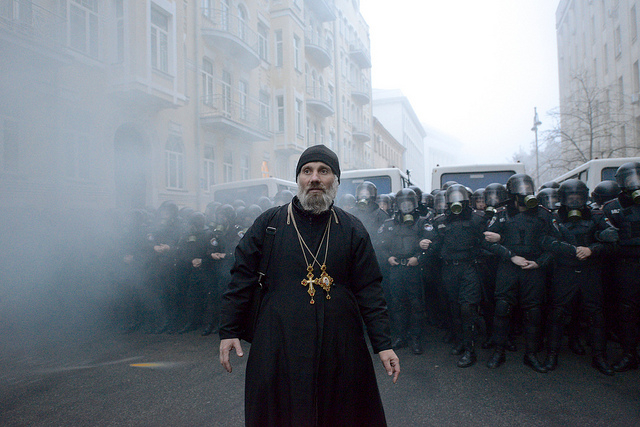 A priest looking disoriented as a result of a smoke grenade. (Ivan Bandura / Flickr) 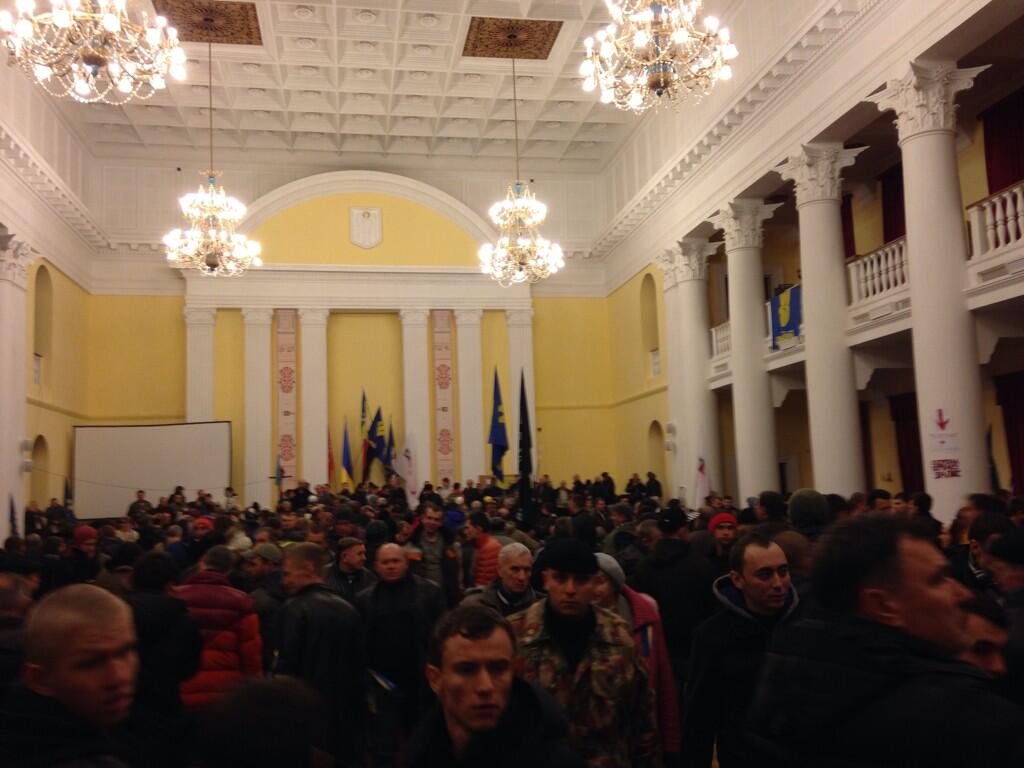 Inside Kiev City Hall, protesters were sleeping, handing out food and wandering around after occupying the building on Sunday. (maxseddon / Twitter) 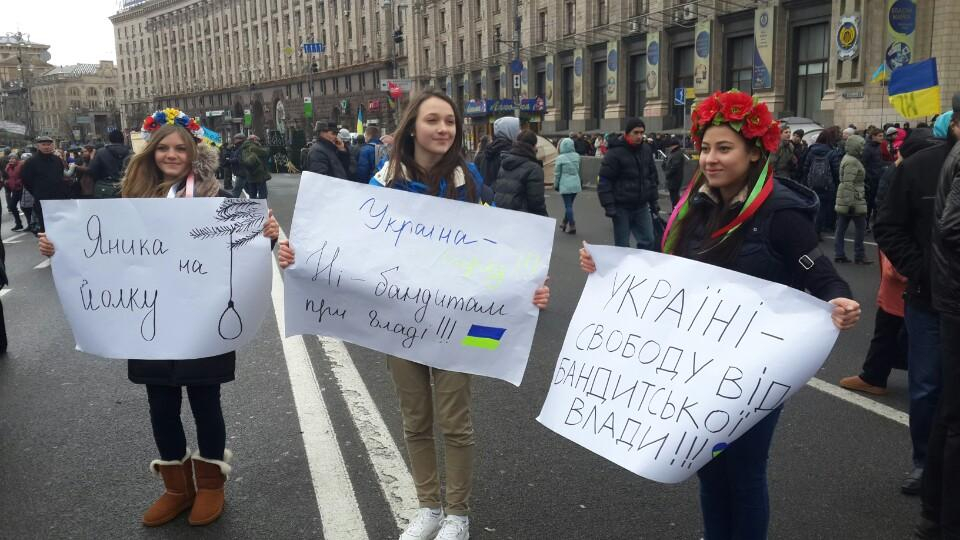 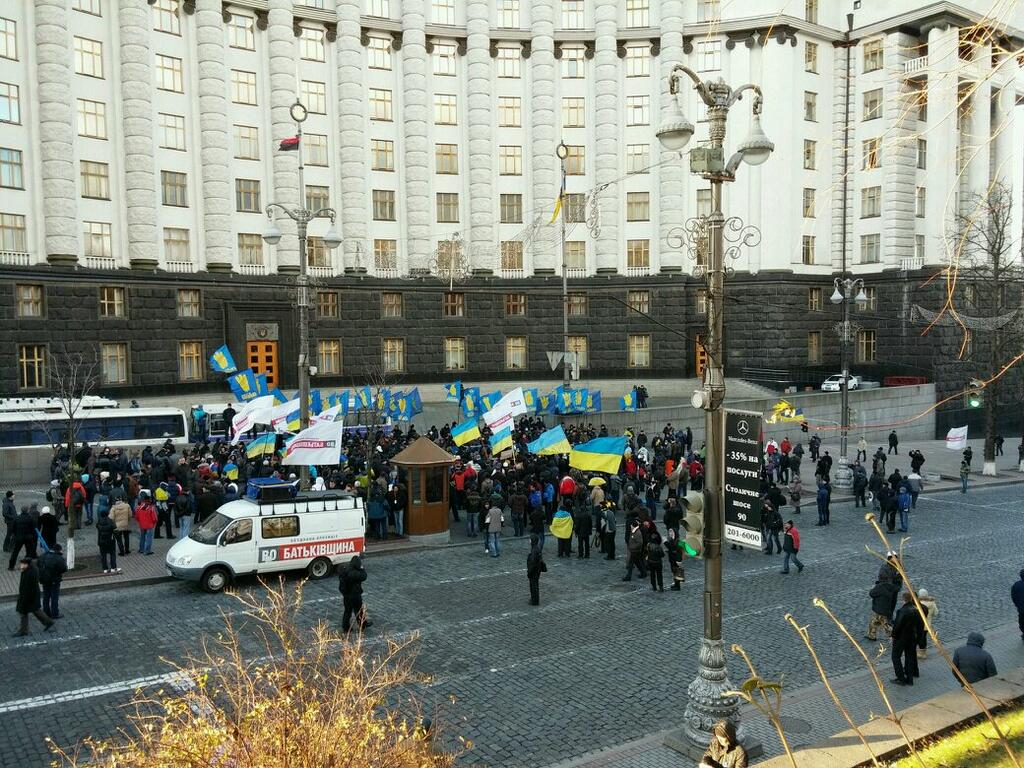 Protesters arriving outside the Cabinet of Ministers on Monday morning. (pmasliynyk / Twitter) 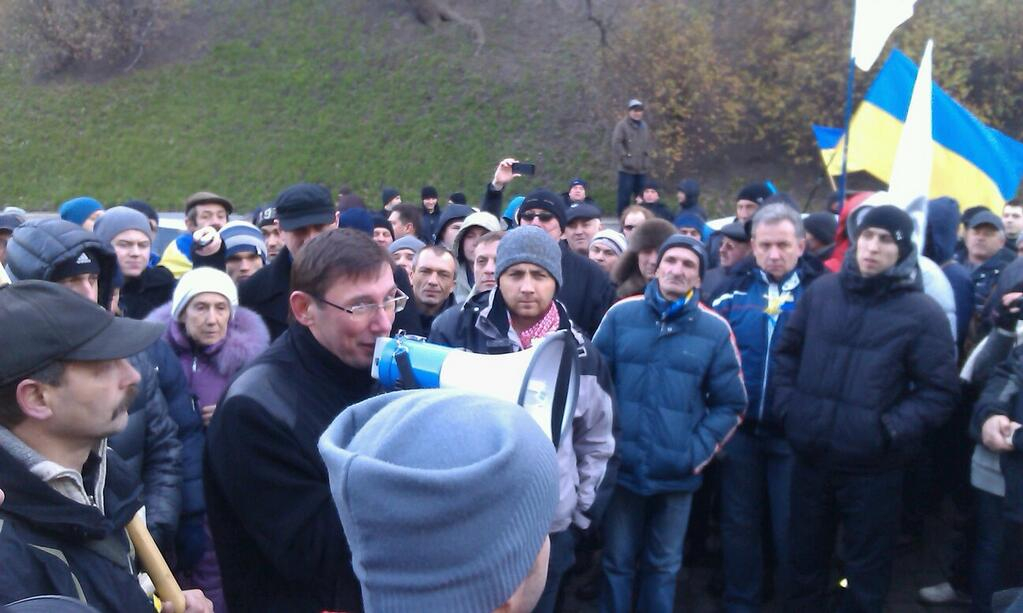 Former Interior Minister Yuriy Lutsenko, who served in former President Yulia Tymoshenko and then imprisoned when Yanukovych came to power, showing his support for Euromaidan outside the cabinet building. (Vovkylaka / Twitter) 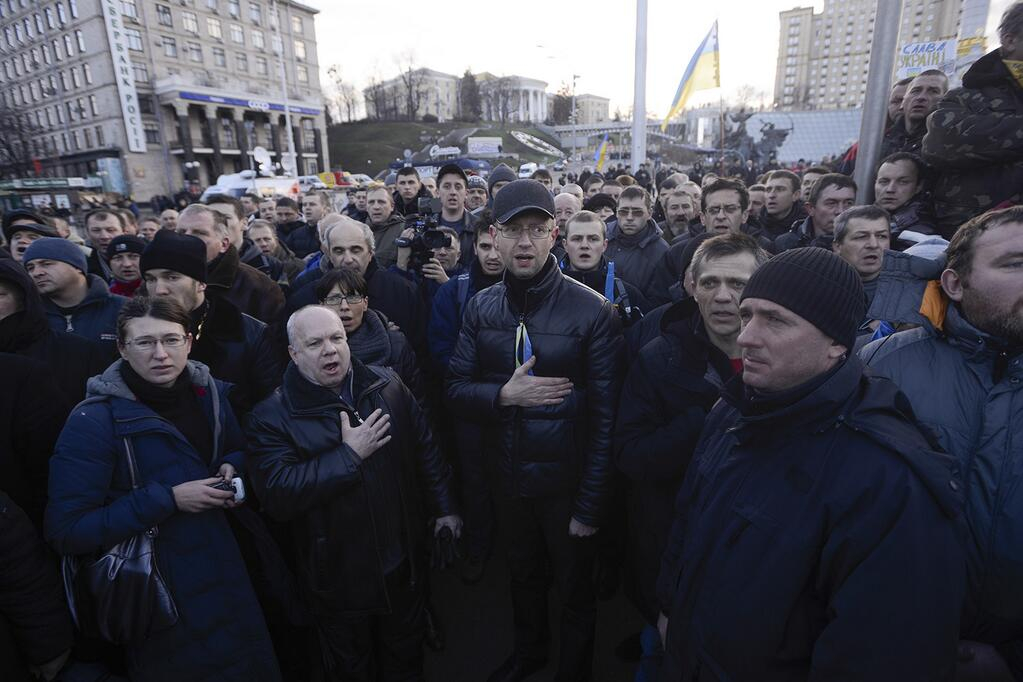 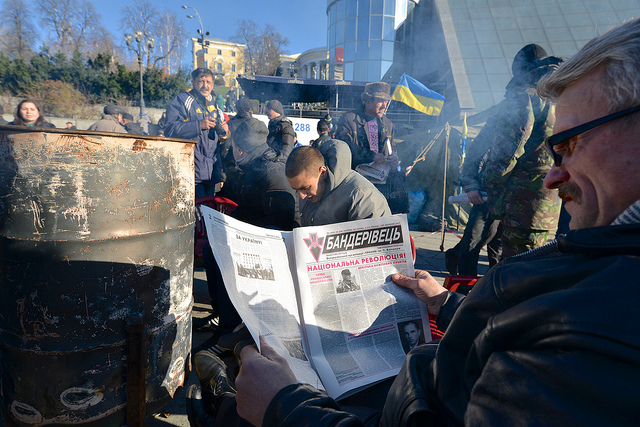 While keeping warm at the protest campsite, a man reads a revolutionary newspaper. (Ivan Bandura / Flickr) 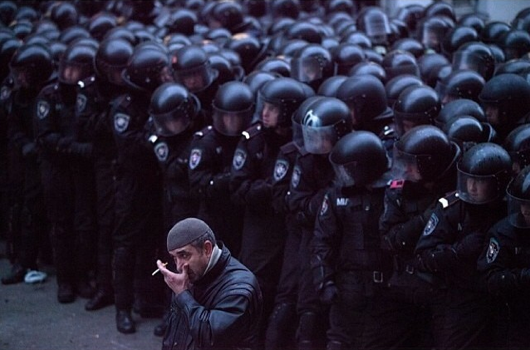 A man smoking, oblivious of the police cordon that has formed behind him. (euro_maidan / Instagram) 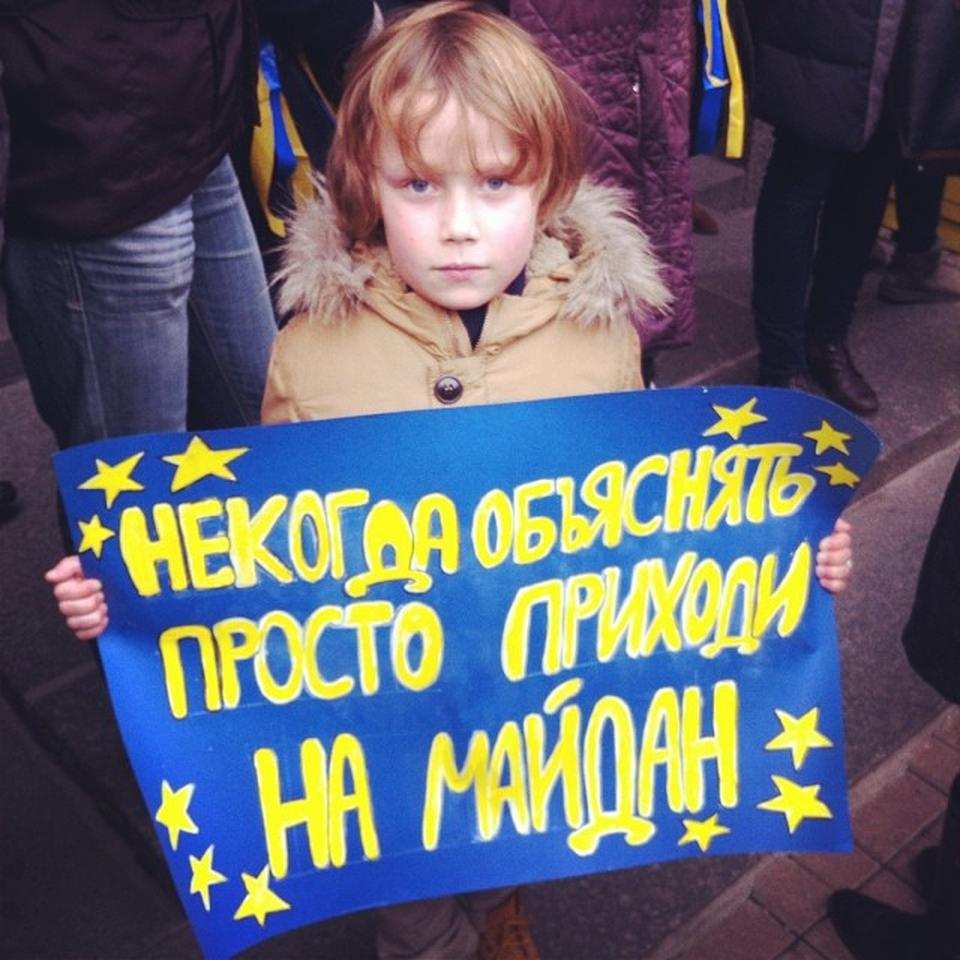 A young protester with a picket that tells people to "just go" to Maidan Nezalezhnosti. (10nyk / Foursquare) 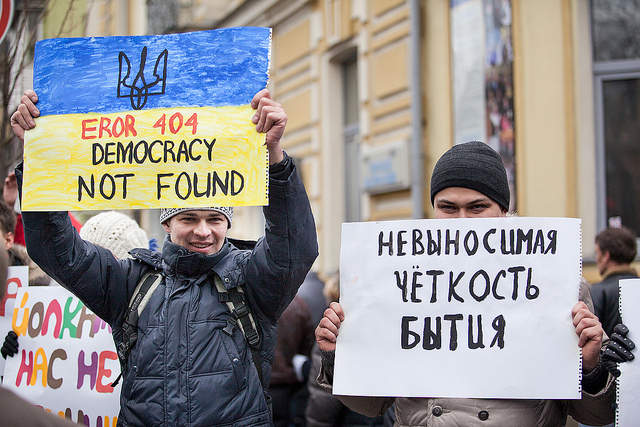 
Edit – A photo that incorrectly identified the Ukranian president was removed from the photo essay.