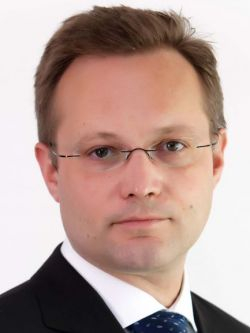 Almost two years ago, on Jan. 1, 2012, the new transfer pricing law came into effect. The new rules are in line with international standards (OECD Guidelines on Transfer Pricing), but their concept was, and still is, totally new for the Russian tax authorities. In fact, not even the local tax authority performs transfer pricing audits; a specialized department of the Federal Tax Service does. During 2013, taxpayers and consultants gained their first experiences in applying this law when preparing the first transfer pricing documentations and notifications for controlled transactions for 2012. The submission of the notifications on controlled transactions for 2012 was due by Nov. 20, 2013. Originally, it was due by May 20, 2013, but in April of this year, it was clear that neither the tax authorities nor the taxpayers were ready for submission. So, the deadline was postponed by six months. Within the last few months, several clarifications were issued. As submitting a notification in paper form is usually not feasible because it consists in most cases of several thousand pages, several versions of the popular accounting program 1C provide for a module for half-automated preparation and electronic submission. With the help of this module and some additional tools, the preparation and submission of the notification can be done successfully.

With regard to the transfer pricing methods, further problems appear. For example, the application of the "resale price" method or the "cost-plus" method requires information about the profitability of comparable companies that is usually not available. So in most cases, the "transactional net margin" method is applied to prove that the controlled transactions are performed at arm´s length. But also, the application of this method might cause problems as the Tax Code provides for certain requirements for comparable companies. For example, such companies shall not have negative net assets on Dec. 31 of the current year and not show losses for more than one year of the past three years. Thus, the profit margin is usually positive, which might lead to an adjustment of prices in intercompany transactions. The question of how to deal with the fact that most companies entering the Russian market have losses during the market entry phase is unfortunately not clear yet. The transfer pricing rules do not make a distinction between the market entry phase and usual business, and in fact require a positive profit margin right from the start on the Russian market. So there are still some questions to be answered by the tax authorities.

Next year, we are expecting the first transfer pricing audits which will probably bring about some further amendments to the transfer pricing rules. Thus, although the "new law" has already been in force for almost two years, we are still in a transitional period. But the tendency is clear that the Russian tax law will come closer to international standards.

Russia is “extremely concerned” about the damage sustained by the Nord Stream 1 and 2 gas pipelines, the Kremlin said Tuesday.  Three...
Disproportionate levies

Russia has decided not to put forward a film to compete in the Oscars this year, as Moscow's deteriorating ties with the West over Ukraine have...
regional reshuffle

Four Russian-occupied Ukrainian regions and annexed Crimea could become a single Russian district following referendums denounced as a sham by Kyiv and...