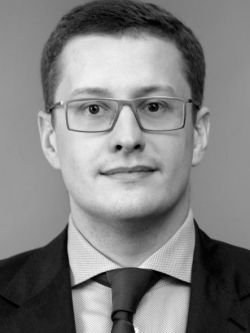 The financial crisis spectre is haunting the biggest economies of the world. An obvious reaction to it for the governments is to raise more funds through taxes, and combatting the use of offshores for tax optimization could help. The recent G20 2013 summit confirmed the commitment of participants to put more pressure on international tax structuring schemes, which would mean more scrutiny on the offshores.

Russia is following the trend, and, even well before the summit, at the end of 2012, Russian President Vladimir Putin stated in his message to the parliament that the Russian economy has too strong offshore nexus, which he said should be limited, if not eliminated.

The fiscal side of combatting the abuse of offshores normally comes down more or less to a combination of residency rules and controlled foreign company (CFC) rules, which allows the taxation of companies' (or even individuals') on funds which have been repatriated by their affiliates to offshores and kept there.

After making several languid attempts to deal with the corporate residency and CFC issues (which did not go beyond the internal discussions), the government decided to navigate solo and through its proposal appeared to put extra administrative burden on entities involved in making payments to foreign companies acting through nominees.

Federal law No. 306-FZ dated Nov. 2, 2013 ("306-FZ"), which codifies these novelties, created significant uneasiness in the business community, and some analysts even suggest that it could be aimed at ruining the use of offshores en masse. However, after giving a thorough read to 306-FZ, we believe that the government could be shooting itself in the foot without putting any pressure on the abuse of offshores at all.

In brief, the crucial novelties of 306-FZ relevant to corporates may be summarized as follows:

• 306-FZ only applies to payments under securities of Russian issuers; thus, CLNs, LPNs and the like issued by foreign orphans are outside the scope;

• If the above criteria are met, the information on "actual recipients of income" (the term is not defined in the law, incidentally) must be disclosed to a tax agent who in such cases is the depositary, and in the absence of any disclosure the depository shall withhold 30 percent from the relevant payments. This rate looks largely punitive, as the regular rates for dividends and interest paid abroad are 15 percent and 20 percent, respectively, under the Russian Tax Code and can be lowered to 5 percent and 0 percent under the double tax treaties;

• If the above mentioned information is disclosed, the depositary shall still withhold the tax, but at a general rate (ie one below 30 percent), and if the recipient of income is entitled to any incentives such as special decreased rates under the treaties, it shall then be entitled to claim the back the value of their overpayment from the tax authorities.

The law leaves significant uncertainties.For instance, it contains no transition provisions, and it is unclear how one should deal with, say, dividends paid for and accrued in 2013, but which were distributed in 2014. Another example of a gray area is the withholding rate that the depository should apply if the recipient of income is disclosed — is this to be the rate under the Russian Tax Code, or the bigger of the two rates under the tax treaty? Finally, 306-FZ does not explain how deep the tax authorities should go through the holding structure to trace the "actual recipient of income".

For these reasons, 306-FZ does not really give a hard time to abusive offshore structures. Rather, it complicates the life of capital markets investors and makes Russian securities less attractive than they used to be. This does not seem to be enhancing the Russian investment climate in any way at all.