Contribute Today
By Olga Bantsekina
Nov. 19, 2013
The Employment section did not involve the reporting or the editorial staff of The Moscow Times. 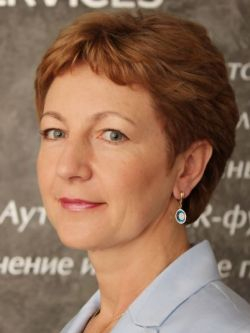 The year of 2013 is coming to its end, though imperceptibly and unexpectedly fast.

All of us have been working and living at an extreme pace, which becomes even harder with each of the last several years flowing by.

Despite the poor economic forecasts given by the Russian Ministry of Economic Development, as well as by the World Bank (1.8 percent of GDP growth for 2013, which is less than originally forecasted, and 3.1 percent for 2014, which according to the World Bank, as a moderately positive outlook is subject to downside risks), the HR market in Russia may be characterized as rather stable. It is evident that in a country where the economy decelerated and still appears to be growing close to its capacity, stability on the job market is logical. We presume that we will not see any drastic changes in the market structure in the nearest future. Still, let's try to figure out some major trends that we have already observed and are expecting for the forthcoming year.

The job market in Russia has been and remains tough and tight due to the overall hard demographic situation in the country. The unemployment rate is low, especially in the two capitals/regions and some of the recently established industrial clusters. Talent combined with expertise is hardly available; productivity and effectiveness are below average.

We observe tough competition between employers for skilled employees, which leads to even more sophisticated attraction and retention practices.

If we may state that we lived through the year of 2013 under the slogan of engagement, it feels like the next — 2014 — is going to be the year of Compensation and Benefits. Trying to level the labor market difficulties, companies are working hard on developing new comprehensive tools for personnel retention, such as diverse benefits packages, performance based bonus programs, career planning and rotation schemes, etc.

According to different sources of statistics, average salary increase across business sectors is estimated as 8.8 percent during the present year and is similarly planned for 2014 (forecast is 8 percent of increase, first time during the last several years a "non-round" figure).

During 2014 unemployment rate may rise insubstantially due to the economic slowdown. Still, since the overall demographic situation has not become easier, the unemployment rate will not show any great changes.

Graduate recruitment seems to be harder than ever, with companies becoming even more creative in their pursuit of young potential and efficient talents, the latter appearing most frequently with exorbitant expectations and poor or inapplicable qualifications.

It is obvious that experienced professionals will continue to be in great demand across sectors, not only white colors, but the blue ones as well.

In industrial companies a lot of attention has been paid to the issue of raising productivity/efficiency of labor, which at the present situation on the labor market seems to be the most reasonable way for meeting their production plans.

I had a very interesting discussion with the CEO of one of our clients — a well-known European production company in construction sector, who has several plants here in Russia. His statement is that despite of his company's ability to sell much more than he is selling now on this market and despite of the budget available for the current year, he is not able to produce as much as he needs to because of the shortage of workers. The company is using now our (Coleman Services) workforce from other Russian regions, going on shifts to his plant, which seems to become a trend in industrial sector during the past year. The shifts of agency workers are becoming more and more popular with production companies despite of the situation with the Draft Law on prohibition of "zaemnyi trud" (agency labor, outstaffing, secondment). During the course of the year the Draft Law has passed its second reading, which raised a new wave of hot discussions both in the business sector and at the governmental level. The issue has even been discussed at the meeting of FIAC (Foreign Investment Advisory Council) members with Mr. Medvedev in October, where the Minister for Labor Mr. Topilin promised to take the business needs (clearly stated in this respect during the year at different levels by the Association of European Businesses) into thorough consideration. We hope that Russia's demand for improvement in the overall investment climate and economic perspective, its WTO accession, as well as the present tough peculiarities of the country's labor market will all lead the mentioned Draft Law to legalization and regulation of the existing flexible labor market tools (such as agency labor and secondment) rather than to their prohibition.

While waiting for the news in this field, companies tend to pay more attention to the general status/reputation and quality of service of their staffing providers, verifying the latter's employer and tax liabilities and compliance with the Russian Labor Code. On the other hand, this does not correlate with the common trend to get a contract with the cheapest service provider available on the market. Cheap and reliable have never been synonyms; businesses need to come to an understanding of this objective truth in the nearest future and adapt themselves to the market realities.

The tendency to more widely use of non-core function outsourcing is evident.

On the whole, 2013 appears to be yet another stable year for the labor market, we'll see its trends develop in 2014.