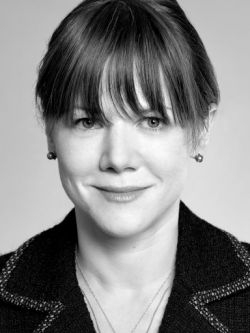 A bill introducing amendments to the Russian Civil Code has been under preparation since 2008, and has been the subject of public discussion since November 2010. However, the discussion has been almost exclusively limited to the amendments to Section I of the Civil Code governing legal entities and corporate governance. A number of corporate and general civil law amendments have already taken effect. In comparison, the amendments to property law have been the object of far less public scrutiny, and yet are of no less import. The proposed amendments would modify the fundamentals of property law in Russia to such a degree that all property owners, occupiers and developers would be affected. While the industry eagerly awaits, it is difficult to predict when the bill is passed into law, and whether it's present substance will change.

Permanent use right: from obsolescent to cornerstone

The amendments would strengthen the role of the former quasi-title to land misleadingly named "permanent use right". This title will apply primarily (but not exclusively) to land used for agriculture and other natural uses (forestry, fishery, protected areas, mining etc). The permanent user would also be entitled to exercise land owner's authority over the underlying subsoil. Thus, the reformed "permanent use right" may, in conjunction with the new concept of mining servitude, provide a solution to the longstanding issue regarding what title a subsoil user should have over the land containing his mining allotment.

The term of permanent use is meant to be indefinite, or in any case no less than 50 years. The occupier would be expected to make payments to the owner of the land, reviewable every 10 years, which, in case of state or municipal land, could be capped at rate of land tax. Alternatively, land use payments could be made in kind, in the form of a share of agricultural or mining produce, which would allow the re-introduction of production sharing agreements into the Russian mining industry.

The revamped permanent use rights will become fully transferable and negotiable titles over both state or private land.

Importantly, permanent use will become the primary title granted to developers for construction purposes, rather than leasehold: only "permanent users" will be able to obtain a development right.

A development right, as a discrete entitlement allowing a person to build on land owned by another, has never previously existed in Russian law. When this entirely new legal device is enacted, the structuring and documentation of development projects will never be the same again.

Under the new regime, leasehold will have no part to play in documenting development projects. The developer will first be required to obtain a permanent use right, and may then conclude a development agreement with the ultimate owner of the land. The agreement will specify what the developer is allowed to build and how long he has to do so, as well as setting out the entitlement term, which should be between 50 and 100 years. The development fee will be freely negotiable and reviewable once every ten years. When the entitlement term expires, the building will either become the land owner's property, or must be demolished.

Servitudes: an ancient concept put to practical use

Servitudes, being limited entitlements of a property owner over neighboring properties, are inherited from Roman tradition and are hardly novel to Russian property law. However, they are very rarely used due to a very short and vague and yet all-encompassing regulation.

Under the amended Civil Code there will be five clearly defined types of servitude: rights of passage and access; construction; drainage; utility and pipelines; and mining. The latter is of particular importance: a subsoil user will now be able to claim limited entitlement over the overlying land plot in order to build and access deep mines and bore wells. An equivalent entitlement may be achievable under the existing regime, but due to the lack of clarity, this has not been the Russian mining industry's preference.

Though mining servitudes would come with a price tag, as land entitlements are not intended to be free or cheap, if the process for their establishment was sufficiently easy and streamlined, which appears to be the intention of the bill, the mining industry would surely embrace them in order to reconcile its land affairs.

Leasehold title to land will continue to exist, however its relevance will be greatly reduced, as it will loose its current strong connection with development rights and mortgage.

Under the draft amendments the mortgage of a building becomes a "limited property right" with respect to the mortgaged asset, and, when the building and the land do not belong to the same owner, as would inevitably be the case when private buildings stand on state-owned land, the owner will be able to mortgage the buildings without the rights to the underlying land plot.

In addition to unwinding the numerous problems which Russian courts have struggled with for years with varying success, regarding the mortgaging of buildings with imperfect land titles, or the further complexity when these buildings are multi-owned, the new bill will introduce two important concepts: the subordination of mortgages and the independent mortgage.

The newly amended Civil Code would allow the mortgagees to agree to change the seniority of their respective mortgages. Thus a pre-existing mortgage could rank below or pari passu with a subsequent mortgage in accordance with its terms, facilitating the structuring of project finance deals involving both debt and equity finance.

Thus, independent mortgages and mortgage-backed securities would be likely to appeal to lenders and help kick-start the stagnant mortgage security market, which is currently kept above the water line mostly through the efforts of the State Residential Mortgage Agency.

Another new entitlement introduced by the draft bill is the "right to purchase immovable property", which would in effect lead to fully enforceable forward sale agreements effective for up to 10 years.

As well as existing properties, the underlying assets could be mortgage or development rights, or, importantly, properties that are going to be built in the future. The prevailing uncertainty as to how to document forward sales transactions in the absence of any clear statutory guidance, which has plagued the real estate market and hindered property investment for years would therefore finally be resolved, though not exactly in the way previously envisaged by the High Court of Arbitration.

What is more, this new entitlement would be fully transferable and recordable in the property register. It is envisaged that buy out rights under property leases and participatory construction agreements will also be premised under this entitlement.

Making all property conveyancing subject to notarial certification in addition to the registration requirements may be a major drawback in the Russian context.

Though there has been talk of the reform of the notarial profession, concurrent with the civil reform, making all property transactions subject to expensive and intrusive notarial certification will be a highly unpopular measure.

However, every cloud has a silver lining: it is intended that notaries will take charge of payment settlements and state registration formalities, thereby creating a substitute for escrow accounts, otherwise non-existent in Russia. Transferring the sale proceeds to the notary, who is responsible for procuring state registration and delivering the property certificate to the new owner, will help resolve an issue central to virtually all title transfers in Russia: the issue of who has the money whilst the property register takes its time to record new title.