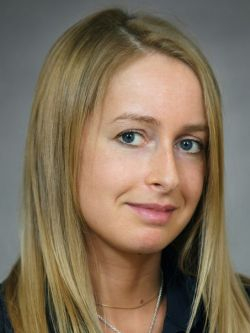 "What is Olga supposed to be doing?" the director asked. "Whenever I see her, she is standing outside smoking. The logistics department is swamped, the other guys don't have time to take a breather, and she's either on the phone for a private chat or painting her nails, and always the first to leave, 6 o'clock sharp!"

"So let's approve the job description now, and then we can ask Olga to read it and sign! If she refuses to sign, we'll draw up a certificate and consider she has been informed and has to comply!" the director said, banging on the table.

It must be stressed that the company in question did not draw up job descriptions as annexes to employment contracts (in that case changing them would mean amending the employment contracts, and that is not easy to do without the employees' consent!), but rather as self-standing documents approved by the director, communicated to the employees and signed by them to confirm that they have been familiarized with the content. The Federal Labor and Employment Service confirmed that it is acceptable to draw up job descriptions in this manner in letter № 4412-6 of 31.10.2007. If the job description is drawn up as a self-standing document (some courts regard it as a corporate bylaw), the company has the right to make unilateral amendments — to clarify, add a list of assignments for an employee, etc., provided, of course, that the changes do not result in a change of employment function ("trudovaya functsia") or terms of the employment contract. There have been cases in which the courts have decided that an employee disagreeing with a new version of his/her job description does not mean that the employee does not have to comply, since the job description is not a matter of mutual agreement between the parties to the employment contract, but rather establishes the scope of the employee's obligations for which there is disciplinary liability in the event of non-performance.

The next day, the head of HR and the director brought Olga the newly-approved instructions to sign.

"What's all this you're giving me!" Olga objected. "These aren't my duties! I am in logistics, and here you say I have to go to the warehouse to count parts! That's warehouse worker duties! And I have never drawn up customs documentation and I never will — we have a customs specialist, let him do it!"

Olga had no intention of carrying out the duties in the job description. In the end, following two warnings, she was dismissed for repeated failure to perform her duties without good reason. Olga went to court in absolute certainty that she was in the right.

"I was dismissed for not doing work that was never part of my job. I worked without a job description for two years, and then they wrote one with completely new duties, that is, they effectively changed my employment function without my consent! That is against the law!"

The employer's position was based on the following: the job description either set out and specified the tasks the employee previously performed or should have performed, or introduced new tasks that were directly related to her employment function. As grounds for its position, the employer presented a range of evidence. For example, to show that Olga previously counted parts in the warehouse, the employer provided a stock-taking report that Olga had personally drawn up and signed six months ago. Olga's colleagues were called to court as witnesses and confirmed that although stock-taking was not the most pleasant work, the logistics team did have to do it from time to time, since otherwise it was not possible to check that the actual amount of goods in the warehouse matched the quantity of goods set forth in the database, and a precise record of inventory is the direct responsibility of logistics workers. It took some effort for the employer to justify having a logistics worker prepare customs documentation for shipments, despite the fact that the company has a customs department. In support of its viewpoint the employer even quoted the dictionary and asserted on the basis of the definition of "logistics" that preparation of customs documentation is one of the duties of a logistics worker.

The court and the prosecution service disagreed. The prosecutor considered the dismissal unlawful, since in his opinion the employer took action against the claimant for failure to perform tasks that were not related to her employment function. The court, on the contrary, held that the dismissal was lawful, on the basis that the duties in the job description were within the employment function of a logistics worker, and therefore having familiarized the employee with the job description the employer had every right to demand performance of those duties.

This court decision should not be viewed as setting a precedent that employers can freely approve new job descriptions for employees already working in the company that give them a wide range of duties, including new tasks.