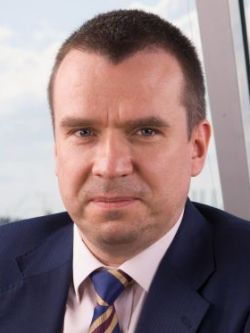 On August 1, 2013, Federal Law No. 187-FZ on Amendments to Certain Legislative Acts of the Russian Federation Concerning the Protection of Intellectual Rights in Information-Telecommunications Networks of July 2, 2013 (the Law) entered into force amid great public interest. The Law, which the State Duma adopted with considerable haste, is intended to combat the distribution of pirated video content.

The Law regulates the procedure for blocking Internet resources with involvement of the courts and Roskomnadzor. The procedure has three main stages:

The rights holder files a petition with Moscow City Court, which issues a ruling (Ruling) blocking the resource as injunctive relief to protect the exclusive rights to the film. Registered users holding a qualified electronic signature certificate can file a petition online using a form on the Moscow City Court website.

Measures are taken to block the resource on the Internet. On the basis of the Ruling the rights holder applies to Roskomnadzor (through the website, which also publishes a register of sites containing information distributed in violation of exclusive rights), which should quite quickly ensure the resource is blocked through the cooperation of various parties, from the site owner to the communications provider.

The rights holder files a statement of claim for the protection of exclusive rights to the film with Moscow City Court within 15 days of the Ruling. Failing to do so prompts the court to issue a ruling on injunctive relief cancellation by itself.

Moscow City Court decisions in this kind of case may be appealed to the appellate instance of the same court.

The procedure as described does not in theory prevent providers blocking the IP-address of a website rather than the URL of particular pages.

Unlike legislation in other countries, the Law does not provide a complaint procedure for resolving this kind of dispute by notifying the resource owner directly of the rights violation (such as a notice and take down/counter-notice procedure).

New rules for defining the information intermediary and the conditions of its liability should be noted. The definition provided in the Law is broad and may encompass the hosting provider, Internet service provider, content storage sites, search engines that index content, and persons publishing links to illegal content.

The liability of the information intermediary for pirated video content published on the Internet is established on the general principles of civil law and requires fault. The Law also provides specific conditions under which certain categories of information intermediary may be released from liability. The general condition is that the information intermediary did not and should not have known that the use of the respective intellectual property when transferring or publishing information on the Internet was unlawful. An intermediary enabling the publication of materials on the Internet has an obligation to promptly take necessary and sufficient measures to end the violation of intellectual rights upon receiving a written intellectual rights violation complaint from a right holder stating the page and/or network address where the material is published. As the law does not yet provide a list of such measures, representatives of the Internet industry and right holders may in practice face a disputable question which measures shall be considered necessary and sufficient in this respect.