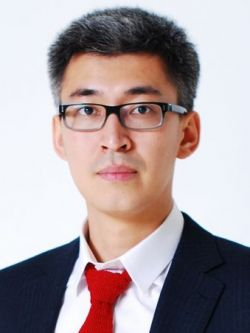 While previously a significant reduction in tax dispute numbers was achieved by a number of different factors, including reducing the number of tax audits, we have now reached the minimum level, from which no further drops are possible. For example, field audits are covering only a tiny number of legal entities. In 2011, there were 51,600 audits, and in 2012 — 45,000. Granted, the resulting additional assessments have been growing — in 2011 the tax authorities made additional assessments of 271 billion rubles in taxes, late payment interest, and fines, and in 2012 — 300 billion rubles.

The Federal Tax Service has no intention of resting on its laurels, and according to the Concept for Development of Pretrial Settlements in Tax Disputes in the Russian System of Tax Authorities in 2013-2018, the next target is a general move from court settlement of tax disputes to pretrial settlement. To this end, a draft law has been submitted to the State Duma that will make a pre-trial complaint procedure mandatory for all non-regulatory acts and acts/omissions of the tax authorities, not just decisions based on tax audits.

In my view, however, at this time there is greater potential in the way in which the tax authorities approach the settlement of tax disputes than in any technical manipulations.

The tax authorities are continuing to use a blunt instrument approach to some issues, though the scalpel was invented long ago.

On the other hand, the tax authorities are continuing to use a blunt instrument approach to some issues, though the scalpel was invented a long time ago. A blunt instrument approach can be justified, for example, where the tax authorities are only beginning to study an issue. For example, several years ago, serious claims against banks were an exception to the rule. However, in the last year there have been a number of prominent tax cases involving banks: Commerzbank, Rosbank, Natixis, Credit Europa Bank, UniCredit Bank, International Industrial Bank, etc. The last big case involving a bank was without a doubt the case of National Bank Trust. This case has so far been heard on two occasions, and both times the ruling was in favor of the tax authority. The case concerns six episodes, each outdoing the previous one: securitization, assignment of receivables to a related Cyprus company, repo transactions, acceptance of shares in place of membership contributions, treating delivery transactions as settlement transactions, treatment of overpayments material to calculation of late payment interest for unpaid taxes.

But if you have a scalpel, why use an axe? Thankfully, in most cases the courts set the tax authorities on the right path. However, there are also cases where the courts accept the blunt instrument as the correct approach. This can be infuriating and raises the question of why the state is trying to make changes. Just for show?

Cases concerning intragroup services are a clear example, with the tax authorities using pricing claims to dispute whether a service was genuine and/or the absence of documented expenses. These would appear to be unrelated issues. Moreover, there is a whole chapter of the Tax Code on transfer pricing — use the scalpel! Or, as in the case of Cargill Yug, the tax authority decide that the company had created fictitious documentation intended to evade taxes, and the courts agreed. But what evasion can there be if the contractor under the service agreement is a Russian taxpayer that paid all taxes? Most likely, it was evading paying taxes in Krasnodar Krai by paying in Moscow. The responsible officials should probably get an award for coming up with that kind of claim.

Yet, who said rearming would happen without incident?