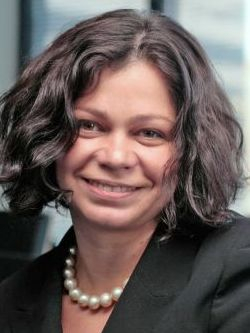 On April 10, 2013, Russian President  Vladimir Putin chaired a meeting on the issue of increasing the rate of recycling municipal and industrial waste. Some of the figures announced at the meeting were beyond disappointing. Currently, almost 90 billion tons of waste is accumulated in Russia each year, and this figure is increasing at a rate of 3.5 billion tons per year. More than 75 percent of the generated waste is neither recycled nor re-used, but simply transported to huge landfills or, worse yet, thrown in illegal dumps. The waste issue escalates further every year, as the impact of waste on the lives and health of the population is increasing.

With the Russian government only at the stage of discussing the waste issue, the majority of developed countries, which discussed the matter several decades ago, are already in the process of implementing comprehensive waste management policies. In terms of waste management, the most advanced regions in the world are Europe, Japan, Australia and the U.S. In Europe, which produces 1 billion tons of waste every year, the EU Waste Framework Directive is in operation, having set long-term goals for the EU to reduce the volume of waste and increase the amount of recycling and recovery. In addition, every European country has its own waste management strategy, set according to general EU goals. For instance, Sweden is one of the leading countries in Europe in this regard, having introduced a diverse waste management program and almost completely done away with landfills. Sweden incinerates almost 49 percent of its municipal waste in waste-to-energy incinerators, generating 20 percent of the country's district heating and enough electricity to power a quarter of a million homes. Furthermore, Sweden has even begun importing waste from its European neighbors, as they themselves simply aren't generating enough trash to power the incinerators. 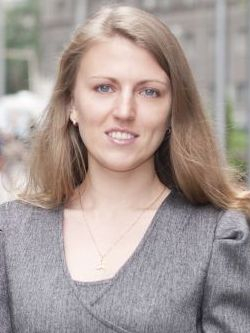 Generally speaking, waste management is not limited to recycling. If we look at the field of waste management as a whole, we can define five main aspects, listed below from most to least preferable:

Prevention — actions taken before a given material, product or substance becomes waste in order to reduce the volume or negative effects of waste

Preparation for re-use — any process carried out to ensure that substances, products or materials that are not waste are re-used for their original purpose

Recycling — any recovery process by which waste is converted into materials or substances that can be re-used (either for their original purpose or for any other purpose), including organic recycling. This does not include energy recovery or the conversion of waste into fuel

Other recovery processes, including energy recovery — primarily thermal treatment of waste with the recovery of electricity and heat, as well as the conversion of waste into fuel

Environmentally-sound disposal — any other waste management process that is not recovery, but is compliant with environmental protection requirements, e.g. landfills.

Most of the ongoing discussions about waste management in Russia are centered around disposal and recycling. We currently only have isolated examples of waste recycling on an industrial scale.

There is a waste-to-electricity recycling plant in Moscow, which was built based on Japanese technology with minimal emissions into the atmosphere. The volume of electricity produced by the plant is enough to power every light on the Moscow Ring Road for 24 hours a day throughout an entire year. Another example is a factory in the Vladimir region that recycles plastic bottles to produce polyester fiber, a raw material used in the manufacture of batting, stuffing for furniture, etc.

Of course, the concept is in need of further development and government support to create an economic environment to encourage entrepreneurial activity and innovation in the waste industry, especially taking in account that our waste utilization infrastructure and facilities need to be capable of recycling not only our annual volume of generated waste, but also the "backlog" of waste that has been accumulating in Russia for many years.

There are two other important areas that are not currently being discussed at the government level. One is the provision of incentives for producers and households to prevent waste, and the other is preparing methods for re-using waste.

The main activity here should be focused on a comprehensive advertising campaign aimed at sharing knowledge and changing people's behavior in respect of waste reduction, separate collection, reuse and utilization. The "green lifestyle" should be seen as fancy and economically attractive to ordinary people in order to drive producers and government to take steps to minimize potential future waste.