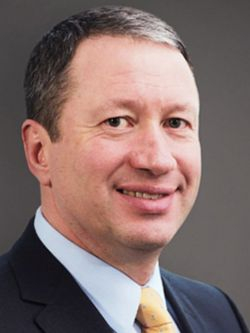 As Russian companies make their way onto the international stage, it isn't just the booming new markets of Asia where they are heading but also locations where Russians have traditionally had a significant presence. The Goltsblat BLP "Russia Goes Global" conference discussed how Russian companies are adapting to the region and the issues that they face.

Israel has a small, diverse and open economy, which is competitive and recognized as highly developed. It spends more on R&D as a percentage of GDP than any other country in the world and has a well educated workforce in a culture that prizes education and is known for its entrepreneurial spirit. This is reflected in major global IT companies like Microsoft, Intel, and Cisco, which have set up R&D facilities in Israel. Israel is also home to a dynamic world leading startup and venture capital sector, noted for a diverse array of companies pioneering developments in desalination and energy efficiency, agrotechnology, life sciences, medical devices, diagnostics, IT, electronics, and defense. The Israeli business environment is noticeable for its lack of suits and informality, but also for a directness in communications that can sometimes be mistaken for rudeness, but is essentially just the local style.  It is also worth noting that about 15 percent of Israel's population speaks Russian. 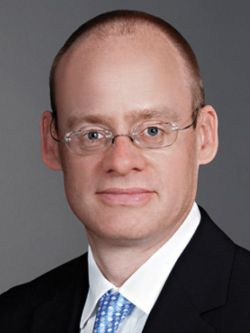 Israel has a common law system heavily influenced by the U.S. and U.K. legal systems, with some aspects of civil law. The courts system is recognized as having integrity and a high level of jurisprudence, but is also prone to delays, which often encourages investors to prefer forums outside Israel for dispute resolution. Israelis are quite used to this and use English and New York law extensively in contracts. The Israel employment environment is generally business friendly with lower earnings than in Europe or the U.S. but indirect employment costs that are quite high.

There are no general restrictions on foreign share ownership of Israeli companies but companies attracting government funding can be subject to certain specific rules about international mergers and acquisitions. Competition clearance standards are relatively straightforward and not onerous, but if a combined domestic turnover of a merged entity is more than approximately $42 million or more than 50 percent of the market, there are likely to be competition implications.

Israel has a benign tax environment providing two main incentives for incoming investment, one focused on investment generally and another focused on R&D spending. The Israeli investment center administers a grants program for incoming investment as well as tax benefits. To qualify for either, investors need to pass international competitiveness, value adding and minimum investment criteria, along with Israel company registration, to gain approved enterprise status. This enables grants of up to 24 percent of tangible fixed assets or reduced tax rates, tax exemptions and other tax related benefits. Companies that choose the grant program are also eligible for tax exemptions. 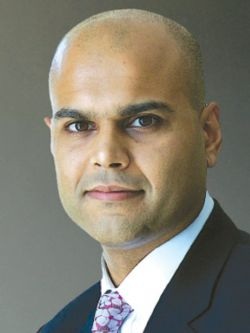 Other investment support revolves around R&D spending and is designed to encourage R&D in Israel.  The Office of the Chief Scientist has a program allocating up to $300 million to about a thousand projects on 500 companies. There are restrictions on the acquisition of government funded R&D by foreign residents. Investors may need to comply with R&D program requirements if buying into a company that benefits from it.

A snapshot of the Israel-related M&A over the last 12 months sees a preponderance of deals in the life sciences, medical devices, IT, and semi-conductors areas. Looking ahead, the agricultural technology and clean technology sectors will be worth following.

It is also worth noting recent socio-political developments. In the summer of 2011, there were large-scale protests in Israel about the cost of living, with Israeli costs of food and real estate being subjected to particular criticism. The government reacted by appointing a committee, which came up with recommendations that have implications for investors.  These were firstly to separate commercial and financial enterprises where they are combined in the same group; secondly, a renewed focus on government tendering processes with a view to limiting the role of big players in the government tender process and to try and open it up; and thirdly to limit pyramid structures in Israel's economy, with Israel typical of an emerging economy in having strategic holdings in layers of companies which vest control in a small number of players.

What these recommendations mean is that big players in Israel's economy are under pressure to divest holdings, thereby creating opportunities for incoming investors. There have also been concerns over the capital adequacy environment in Israel, with the Bank of Israel acting to put in place self-governance to protect Israeli banks. There is a significant amount of corporate debt in Israel that needs to be recycled over the coming year, which will create more opportunities for M&A in that market. 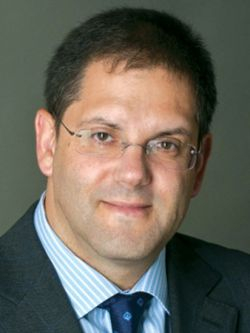 A recent key focus for international investors in Israel is its burgeoning energy sector with the development of the Tamar and Leviathan fields putting the nation on the global gas production map.  These and smaller fields are expected to cover Israel's domestic gas demand for at least the next twenty five years and still significant export volumes. The regulatory environment in Israel surrounding energy has been uncertain but is now becoming more stable.

Dubai and Abu Dhabi are the two best known of the seven United Arab Emirates, and have long been an attraction for Russian investors. Both have an open environment for incoming investment, are often used as a hub for the broader region, which includes Saudi Arabia, Qatar, and Kuwait, due to their quality infrastructure. Collectively, the UAE is by far the leading destination for foreign direct investment into the region, with a strong flow of outbound capital also playing a major development role.

The region is home to several major sovereign wealth funds, which have been very active global investors, with that activity also encouraging reciprocal investment from abroad. The region has a very strong tourism industry with Dubai having the highest hotel occupancy rate in the world in early 2012 and Emirates and Etihad both providing strong aviation links. Some activities are reserved for either UAE nationals or national of other states of the Gulf Cooperation Council (GCC) unless an exemption is given, including banking, real estate development and new motor vehicle dealerships.

There are regulatory controls at both the federal and local level, making nuanced legal advice vital.  Each Emirate has separate laws that are in line with federal laws which govern specific activities locally, meaning that both Abu Dhabi and Dubai have local laws, but also federal laws which govern many activities including investing and banking. This means that there are slight differences that are important to consider when entering either one of the markets.

A strong attraction for investors is the lack of taxes in the UAE.  There is no corporate tax, income tax, withholding tax, VAT, or capital gains tax. For investors taking a stake in a business, there is no direct taxation or substantive fees payable to government agencies other than the registration fees. Equally, the only real tax consideration for real estate investment is the registration fee.

The Dubai International Financial Center is an autonomous onshore financial free zone that is now a global financial center which commenced in 2004.  It is a one-square-kilometer area of Dubai with an independent legal system based on common law, quite different from the civil law system generally in the UAE, and international best practice largely based on English common law, with civil procedures taken from the English law, as well as its own courts and arbitration system. It has an independent Companies Register, independent Land Registry and independent Stock Exchange. The development of the laws is very similar to other common law jurisdictions and has been conducive to foreign direct investment. This degree of independence from the rest of the UAE is supported by federal decree. It is also where most international law firms are based, with them being licensed and regulated by the DIFC.

Free zones play a major role in encouraging foreign direct investment with about 25 free zones in Dubai and approximately 10 in Abu Dhabi. They cover a variety of sectors including financial services, manufacturing and logistics. Free zones are zones that have been established by decree and which allow 100 percent foreign ownership of companies within those free zones, as well as, in some cases, other assets such as real estate. It is important when looking investing into a company to note whether it is in a free zone or is onshore, in which case choosing a reliable partner for sponsorship is essential.

Generally to set up, for example, a limited liability company in Abu Dhabi or Dubai, the maximum foreign shareholding is 49 percent. The 51 percent majority will be held by a local sponsor who is generally the front for the business in the region, and this can be a difficult factor for international investors to come to terms with.  There are restrictions on what we call nominee arrangements using local parties to front a business in the UAE, and detailed legal advice should always be sought.

Dubai has become a landmark real estate market with developers building islands and global landmark buildings.  When it comes to real estate foreign ownership is allowed in what are known as "designated areas" of which there are 23 in Dubai and 10 in Abu Dhabi.  Outside these zones international investors can own land in some locations but cannot own any right over real estate, and can own freehold, long leases, and a variety of other registered real estate rights.  Rental control is quite a big factor for any potential commercial landlord.

Banking and finance is very much a growth area through Dubai's International Financial Center. There are many banking and finance related services opportunities.  Financing and security is effective for investors if they are looking to leverage or sell onto third party. Generally the cost of borrowing is very high in the UAE compared to Europe and the US, with interest rates typically ranging from 7-8 percent all the way to 15 percent, although laws limit interest rates.

* Goltsblat BLP is the Russian practice of Berwin Leighton Paisner (BLP), an award-winning international law firm headquartered in London and with offices operating in major commercial and financial centres throughout the world — Moscow, Abu Dhabi, Beijing, Berlin, Brussels, Dubai, Frankfurt, Hong Kong, Paris and Singapore.
The firm has a team of 100 Russian, English and US law qualified lawyers based in Moscow and over 800 lawyers in the other international offices.
Goltsblat BLP clients include over 600 companies, about 70% of them being major multinationals operating in Russia, including 23 Fortune 500 clients.