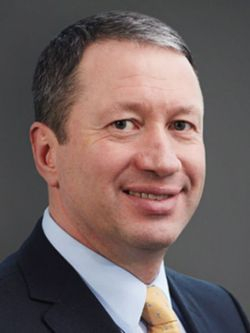 With Russia joining the WTO and the Chinese economy a beacon of growth in a world beset by major economic difficulty, corporate Russia is increasingly looking at the potential of China's market. When they do this it is vital they seek guidance on the legal nuances of investing in China. At the Goltsblat BLP "Russia Goes Global" conference in Moscow, guests heard from BLP's experts on China about the attractions and the pitfalls.

The lure of China

China is an obvious market for Russian companies to be looking at, with its leading role in global growth looking set to continue. Although slowing marginally, China is still growing at more than 7 percent per annum and has a pro-growth stable political environment. FDI is a key driver of Chinese economic growth, with urbanization and infrastructure creation meaning it has an almost insatiable demand for new buildings and infrastructure, as well as the commodities that feed into these. It is already the world's second-largest economy by GDP and purchasing power parity. Its economy last year was worth more than $7.3 trillion. The downside of the Chinese economic story is China's low per capita GDP of about $8,500, less than half that of Russia.

From an investor's perspective it has a carefully managed economy with fairly consistent macroeconomic policies published in five-year plans. Chinese industries have absorbed large amounts of foreign direct investment in the past decade. The Chinese leadership has been attempting to transform the economy from an exporter of relatively low value manufactured goods to produce more complex products, with a greater focus on the Chinese domestic market. 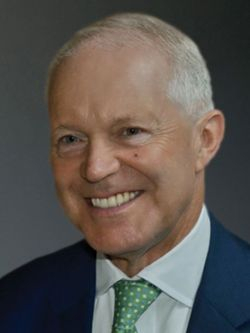 Investment laws from an international perspective

International investors in that economic transformation find a comprehensive legal system, similar to those of continental Europe rather than the U.K., with facets deriving from the former Soviet Union and traditional Chinese law. It has codes and laws to cover most aspects of the modern commercial life. China has corporate structures and corporate law systems familiar to those used to European and U.S. corporate law. However, considerable power and also quite a lot of personal responsibility is vested in a company's legal representative. China also has an extensive body of law which governs foreign investment both generally and also on a sector by sector basis.

Chinese law is state focused with a key characteristic of business in China the need for investment and land acquisition approvals. This gives government and regulators broad discretion and scope to finely tune policy but significantly increases uncertainty for overseas investors in China.

China is a signatory to the 1958 New York Convention on the Recognition and Enforcement of Foreign Arbitration Awards. Although both domestic and offshore arbitration is widely adopted by parties contracting in China, legal enforcement of arbitral awards and even obtaining judgments in Chinese courts is not really a practical solution for foreign investors — with decisions often reflecting political considerations.

The Chinese legal system for international investors has come a long way since the 1990s. Today the Chinese legal system has legislation not unlike any other developed nation. The question remains, however, whether this legislation provides the certainty and legal system credibility that underpins confidence for foreign investors when they invest in this jurisdiction. The answer to that is a qualified "yes." For foreign investors looking to invest in China, it is not difficult to find out what exactly the process you need to go through is and what steps you need to take. But this is where the certainty ends. 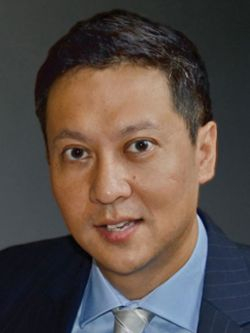 Tam says that the Chinese government is aware of the need to bring greater certainty and credibility to its legal system and that its legislative evolution has supported this, but he adds that for investors the uncertainty lies with implementation and enforcement.

Another key issue for many investors in China is what investment incentives are being made available. Investment concessions and incentives for international investors have been reduced considerably in the last decade. With the government looking to transform the nature of Chinese industrial production, only some high technology investment will attract some concessions. Tax in China is relatively straight forward: Business tax is 5 percent, CGT 10 to 20 percent, and profit tax 25 percent, but high technology investors can have profit tax reduced to 15 percent.

China's foreign exchange controls are also a major issue for many potential investors, with the Renminbi not a freely convertible currency. To undertake activities such as participation in auctions it will often be necessary to get special approval from the government or through arrangements with local entities that have access to Renminbi. Compulsory asset valuation processes are another issue which needs to be managed, affecting the certainty of valuations of put options when selling to local partners — with little certainty about being able to ensure a future transaction at a fixed price. Potential real estate investors should also know that in this sector they can only invest in equity and not in a shareholder's loan.

Investors should also be aware that under PRC law lending between private entities is prohibited and that all lending between non-financial institutions must be conducted through banks. An extra-jurisdictional tax on disposal complicates the disposal of assets.

When it comes to control and management of a joint venture, Russian investors in China need to be aware that some company decisions will require the unanimous agreement of all shareholders, including in circumstances where an existing shareholder wishes to increase the size of its equity investment in the company.

China is encouraging domestic consumption to insulate itself from the chaos in traditional export markets. This means that shopping centers, warehouses and logistic centers are needed to support growth, with attendant interest from international real estate funds and developers. Investment in infrastructure, particularly roads and water treatment plants, is another bright spot.

Investment in electricity generation is less attractive because of the Chinese tariff regime, but the long-term supply contracts for gas or oil will see a government welcome for petro chemical plant or refinery investment proposals.

With an increasingly affluent middle class, the demand for quality education is high in China. A key factor affecting international migration in cities like Beijing or Shanghai is the lack of educational facilities for executives' families. Prestigious international institutions are lining up to open new institutes to take advantage of this demand. Healthcare will be a growth area with China's aging population an increasing longer term management issue.

Investors into China need to ensure that they do thorough due diligence, since the enforcement of warranties can be problematic. Investors do also need to budget for contingencies in terms of time: there's an approval intensive regime in China, things can go wrong and get delayed — an experienced adviser is essential. Finally, it is essential to be aware of and prepared for cultural differences. Companies that have tried to replicate ways of doing business in their home markets in China have faced major difficulties. Investing in China involves recalibrating one's sense of risk management. Companies should be aware of what contemporaries are doing in the Chinese market and what they are getting.

Hong Kong is a special administrative region of China that for historical reasons has its own substantially independent legal system. With a population of about 7 million largely living in about 80 square miles, it is the world's largest financial center after New York and London, and in recent years has outdone both as a center for new listings, including Russian aluminum producer Rusal, which conducted its IPO there in 2010.

With a sophisticated common law system that was heavily influenced by the United Kingdom and with English-based statutes, it has reciprocal judgment arrangements with many countries, particularly English-speaking nations, and is a recognized center for international arbitration. Increasingly, the Hong Kong securities market is adopting the same level of regulation already found in London and New York. It is not a soft option for companies looking to list in Asia but with increasing wealth on the Chinese mainland and with Chinese banks and institutions becoming some of the largest in the world, it benefits from distribution opportunities when it comes to new issues. As the major hub for China inbound investment and to a lesser extent for Chinese outgoing investment, Hong Kong has a highly developed and comprehensive support services industry which includes substantial offices of the world's leading investment banks, legal and accountancy firms and other support specialties.

Its legal framework and location on the doorstep of the world's fastest-growing market make it very attractive for international investors. It's conveniently located on China's doorstep and provides a well-supported bridge between China and the rest of the world. Most overseas investors into China either establish an offshore holding company structure based in Hong Kong or use it as an intermediate link in a chain of holding companies that in turn make direct investments on the Mainland.

Compared to China and many other places in the world, Hong Kong is a fairly benign tax jurisdiction. For companies, the corporation tax ranges from about 15-16.5 percent. Critically, there is no value added tax, there is no gross sales tax, and in Hong Kong there is no capital gain tax on disposal of Hong Kong held assets. From a corporate and investment perspective many of the structures and the financing techniques available in London and New York are also available and can be easily replicated in Hong Kong.

China will remain a key global investment destination. With corporate Russia increasingly looking to establish a presence outside of Russia, and able to provide many of the commodities, technologies and services China will be seeking, more Russian companies will step into the Chinese market. When they do it, is vital they seek advice on the legal environment of their investment proposal, with due diligence, and a thorough understanding of Chinese laws and processes, essential to their success.