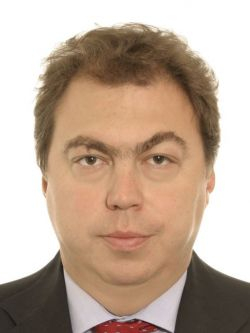 Russia's entry into the World Trade Organization is already irreversible. Legal clarity of the Protocol of Accession has been checked by the Constitutional Court, and on Tuesday the document was ratified by the State Duma. Some experts, including the head of Rospotrebnadzor (the Federal Service for Supervision of Consumer Rights Protection and Human Welfare), Gennady Onishchenko, fear that the WTO will open the Russian market to counterfeit goods. However, following the ideology of the World Trade Organization, on the contrary, Russia's entry into the WTO should at last lead to the abolition of the principle of territorial struggle with gray imports, which operate in our country right now, and it will be beneficial to Russian consumers of branded foreign goods.

The fact that the world producers of goods and rights holders are suffering from gray schemes of products imported to Russia has been a matter of discussion for many years. But the main victim of the Russian policy on foreign goods operations are consumers. Upon purchasing a product from an authorized dealer in Russia, consumers are forced to pay much more for it than it actually costs or support gray imports (import of goods by right holders through unofficial channels unauthorized by owners). The only way to reverse the situation is to change the principle of combating gray imports stipulated by Part 4 of the Civil Code.

In Russia, an active fight against gray imports started in the zero years through the introduction of amendments to the Law "On Trademarks." This paper operated from 1992 and included Article 23 of the exhaustion of holders' rights based on the registration of a trademark. Until December 2002, this article did not contain the principle of limited territorial application of the law. The document said: "The registration of a trademark does not entitle its holder to prohibit the use of the trademark by other persons in relation to the goods which have been introduced into commerce directly by the trademark owner or with his consent." But in December 2002 a few words were added to the article: "On the territory of the Russian Federation," and thus the essence of the document has changed since then. In fact, Russia changed the international principle into a territorial one.

It is difficult to say for what purpose the above changes were made. It is most likely that the Russian authorities wanted to support Western manufacturers who were constantly criticizing and continue to criticize Russia for the fact that their intellectual property rights are not respected in the country.

The territorial principle assumes that any person, whether natural or legal, entering the territory of the Russian Federation, shall have a document confirming that the owner gave this person permission to import the specified goods into Russia. But the intensive struggle carried out by right holders supported by the state, with gray imports somehow concerned only legal entities declaring and importing goods for sale into the country. It was obvious that no single tourist could just get permission to import purchased goods by a one-off procedure. However, such selectivity called into question whether we had a law that was equal for all.

In 2009 the Supreme Arbitration Court considered a very interesting case. A certain law firm had imported to Russia a Porsche car, and appropriate bodies tried to stop and destroy the car, as it fell into the definition of gray imports. But the court decision was the following: As the company had imported a car for their own needs, there were no grounds to stop the car and destroy it. After that, the courts, guided by established precedent, refused holders in protecting their rights for a while.

Some time ago, some businessmen from Kaliningrad tried to appeal to the Constitutional Court against the rule entitling a holder to prohibit the illegal use of a trademark. But actually the principle of legal monopoly on the trademark as such was then challenged (paragraph 2 of Art. 4 of the Law "On Trademarks"), wherefore the court decided to leave everything as it was. So far in Russia the court acts as a regulator of gray imports: In spite of the lack of a legal rule separating the rights of legal entities and individuals, the exhaustion of rights operates in different ways.

Today even the Federal Anti-Monopoly Service says that Russia should come to the international principle, and the accession to the WTO is the best reason to do so. After Russia's accession to the organization the new principle will come into operation from the date of its adoption. Moreover, there is an opportunity to challenge in court the rules that operated from 2002, and theoretically the value of all goods that were destroyed will have to be refunded to their carriers, and the compensation collected from them will have to be returned to the "violators."

In the meantime, there are many products in our country that are 2-3 times more expensive than in other countries, because in the Russian Federation the government allows the right holder to set such prices, struggling with gray imports. Only when the principle of combating gray imports becomes an international one, the prices will be reasonable. So far, some branded goods are simply easier to buy abroad. In Russia, the amount of money spent on these products is equal to not only the cost of the goods but also for air tickets and accommodation at the place of purchase.

IS Fighters Massing in Afghanistan, Says Putin Ahead of Talks

The United States, China and Pakistan will join talks on the Taliban takeover on Tuesday, the Kremlin's envoy to Afghanistan said.

Getting a Michelin Guide is the biggest thing to happen to Moscow restaurants in a century.
MOVIE IN SPACE

The crew and the orbital station were not in danger during the incident, Moscow's space agency said.
POLARIZATION