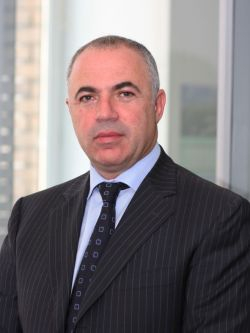 The pace of business change over the past decade has been breathtaking. Firms have embraced the Internet for both commerce and communication. Globalization, increasing economic interdependence between nations and a financial crisis have forced management to act — and workers to adapt — quickly. Considering the speed of change over the last 10 years, what will the typical company look like in the future? And what can corporate leaders do to prepare the work force for change?

It's quite clear that companies will become larger and more global in the next 10 years, handling operations in more countries than they do today. Despite rapid expansion, they will also be more globally integrated, with better information flow and collaboration across borders. They will be less centralized, but will not be fully decentralized. Local operations will be free to move on opportunities that further the global organization, while headquarters will continue to play an important role in setting the tone and values of the company.

Аs companies expand into new markets over the next decade, their organizational structures will evolve in kind. Managers will increasingly be hired locally, as qualified management talent in emerging markets is more plentiful now than when multinationals first set up shop there. In addition, expatriate managers have become too costly and have an insufficient grasp of the local culture.

Let's take a closer look at several changes mentioned above that are expected to shape the future world of business.

Companies cannot help but feel the impact of a globalized economy. Previously inaccessible markets are opening up for companies to tap new customers as well as new talent. It's no surprise that the trend is especially strong among large organizations that have the resources to expand. What is striking is that small and medium-sized companies will find more growth opportunities abroad too: Most medium-sized and small businesses claim they will enter and compete in more foreign markets over the coming decade.

The big emerging markets have long been targets for foreign direct investment (FDI). They were places to manufacture for export or to build a "presence." Those investments are now paying off: China, India and others are evolving into fully functioning, complex economies with large middle-classes, talented work forces and sources of finance. Companies are spreading investment over more emerging markets, instead of concentrating on one (traditionally China). This is to mitigate risk, but also because many emerging markets are seen as strong bets.

THE BENEFITS AND PITFALLS OF SIZE

There will be benefits to having a larger, more global organization, such as the ability to trial new products and services in one market before rolling them out globally. The same applies to internal human resources (HR) processes. You can, for example, try managing the Paris office differently from the New York office. You can roll out a new benefit in Europe and see how people react. If it works, you roll it out globally.

However, there are downsides. More people will work odd hours in order to connect with colleagues and clients worldwide. Companies will struggle to create and maintain a single brand experience — for customers and workers — over far-flung operations. They will need to integrate new people quickly while keeping a sense of community within a dispersed work force.

Over the next decade, companies will continue to localize the management of overseas operations. Expat managers, traditionally sent to instill local operations with practices from the home market, have proven to be too expensive and often fail to sufficiently absorb the local culture. Their presence can be demoralizing for local talent, suggesting the lack of career path for those outside the home market.

This is not to say that the expat manager will become extinct. But the reasoning behind international transfers will be different, as will be those chosen for such moves. There will be more short-term assignments, with reins handed over to local managers within a year. There will be movement of managers not only from headquarters to local markets, but the other way around, and between different local markets as well.

Managers will be chosen for foreign assignments based on their ability to work across cultures and learn best practices that can be transferred to other markets. It will be a means of turning a high-potential manager into a global leader.

If managers will be hired locally, will more decision-making be localized as well?

Some external factors support a shift toward local authority. If protectionist barriers rise and government regulation increases, companies will have to work more closely with government agencies. In this scenario, a strong country manager is critical. Furthermore, since most cross-border trade is intra-company, an increase in trade barriers would hamper a globally integrated strategy; companies would be inclined to place more stock in individual geographic markets. This would also raise the profile of the local manager.

But other factors point to a need for greater central control. Rapid growth is fraught with risk. As companies expand, they must protect the global brand and present a clear image that appeals to customers and job-seekers.