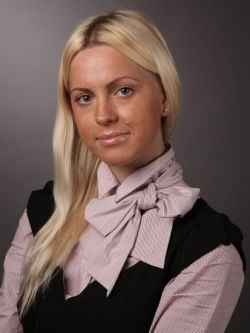 Any commercial property construction begins with selecting a land parcel. As early as the initial stage of project implementation, an investor needs to make an important decision regarding which land parcel to choose for future construction purposes and how to acquire ownership title to such parcel.

In general, no particular issues arise in respect to acquiring title to a privately owned land parcel: The main issue here is to negotiate commercial terms with the current title holder for the future purchase or lease of the parcel. Purchasing publicly owned land, however, is a whole different issue: Merely "negotiating" is not enough in this case, and many have made this mistake in practice. In this case, first of all, it is necessary to comply with all the procedures set forth by the legislation to ensure that this land parcel is not subsequently lost and no risks are created for the facility to be constructed.

So what are publicly owned lands? These are land parcels that are not owned (privately) by individuals or legal entities and that, accordingly, belong to the government or municipal authorities.

In the case of purchasing a government-owned or municipally owned land parcel for construction purposes, an investor must, first of all, inquire as to which government authority has the powers dispose over this land parcel. In practice, a large number of mistakes is made at this early stage.

If a land parcel is federally owned or owned by a subject/region of the Russian Federation or is municipally owned, you need to address the respective authorized body. However, government ownership of the majority of lands in Russia is not delineated at present, which produces a logical question: Who then is authorized to dispose over them?

Should the investor decide to acquire title to publicly owned land, he must decide under which option he wishes to acquire land.

There are two ways of acquiring a government-owned or municipally owned land parcel for construction purposes: with prior approval of facility location or without such approval. We will examine the instances of applying each of the indicated options.

Whether a land parcel is suitable for constructing a particular facility is determined not only by the fact that it is classified as land suitable for such construction. An investor must also determine whether the facility may be placed on the land parcel under the town-planning, ecological, sanitary or other regulations.

Authorized government bodies determine whether it is possible to build facilities in particular areas under town-planning and other regulations within the scope of territorial planning, town-planning zoning and area zoning project development. In such cases, transfer of a land parcel must generally take place without any prior approval of facility location • through a tender, provided that the facility is placed within an urban or rural settlement under town-planning documentation on development and area zoning.

However, at present, large-scale zoning and planning of areas is not implemented in all Russian regions, and that is why in certain cases a possibility of placing a contemplated facility on a land parcel is determined individually, namely, subject to prior approval of facility location, in which case there is no tender involved. It is within this procedure of prior approval of facility location that transfer of a land parcel is carried out based on an application from a stakeholder. An authorized body selects a land parcel for the applicant's particular purposes based on the application and all required town-planning, ecological, sanitation and other regulations. It is this procedure that shows the stakeholder the possibility to build his facility on the selected parcel even before acquiring title to that land parcel.

When acquiring title to publicly owned land for construction purposes, it is important to go by the following practical recommendations, namely:

Comprehensive legal support of procedures as regards selection and execution of title to land parcels is one of the key elements in implementing a project on commercial property construction.

Yevgenia Kuzevanova has been raising money to buy everything from first aid kits to instant noodles for Russian forces in Ukraine.  Her online group...
hemorrhaging numbers

An elite, highly secretive Russian military intelligence unit may have lost up to three-quarters of its reconnaissance manpower in Ukraine, according to...
Pipeline probe

Moscow said Wednesday it should be part of the probe into leaks on the Nord Stream gas pipelines, after Sweden blocked off the area around the pipelines...
Diplomatic dispute

Kazakhstan hit back at Russia on Oct. 5 after its ambassador to Moscow was summoned for a dressing-down over aggressive, anti-Russian remarks made by Ukraine&rsquo...