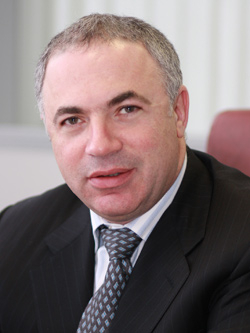 Major economic uncertainty and unpredictability have resulted in fundamental structural changes on many fronts. Financial, economic, demographic, geopolitical, technological, ecological and value systems have been redefined, redesigned and reinvented. The ecosystem that has been dominant in the Organization for Economic Cooperation and Development (OECD) for the last 50 years is no longer sustainable in today's environment, as an economic bifurcation is growing between "rich" OECD countries and emerging markets, increasing the risk of nationalism and protectionism. The world of work continues to undergo pivotal transformations and adjust to a new ecosystem (the Human Age), in which human potential itself will become the major agent of economic growth.

The ability to attract and retain talents will become a serious competitive advantage of one's company in the Human Age. Adapting to this new environment will require a new focus on new priorities. Employers must reconsider their work models and people practices and develop a robust work force strategy that in a sense "manufactures" the talent they need to execute their long-term business strategy.

According to ManpowerGroup's 2011 Annual Talent Shortage Survey of nearly 40, 000 employers across 39 countries and territories, the overwhelming majority (89 percent) of companies cited a lack of experience, technical skills deficiencies or poor soft skills among available candidates as a bar to employability. In this situation the right work force strategy and the right steps in solving this problem are the key competitive differentiators, helping a company survive and win.

Let us look at different sources of talent that can improve employer's work force pipeline.

Hopefully the "tips" given above will help companies survive in a new ecosystem and attract gifted specialists as the main drivers of business.