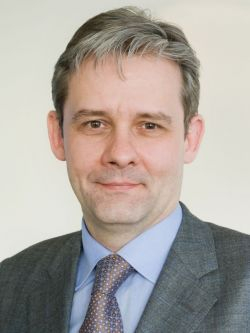 The Russian government has recently been talking more about the need to optimize groups of taxes, with high-quality economic growth depending on this. In particular, Prime Minister Vladimir Putin recently stressed that Russia must make its tax system more attractive to investors and competitive in comparison with the other countries of the Russia-Belarus-Kazakhstan customs union, even despite a risk of a shortfall in budget revenues. Without doubt, such initiatives of the Russian authorities cannot fail to cause investors to become optimistic. However, to evaluate whether the initiatives are realistic and to assess the tax risks of business in the current year, it is helpful to look at the results of the past year.

At the start of December 2011, in the context of measures taken to liberalize criminal legislation, a set of laws was enacted (Federal Laws No. 407-FZ dated Dec. 6, 2011, and No. 420-FZ dated Dec. 7, 2011) that was aimed at reducing the threat of criminal prosecution in the area of economic activity. The amendments determined the basis on which criminal charges may be brought for tax offenses, which may be done only based on materials sent by the tax authorities specifically to resolve this issue. From 2012, a person who has, for the first time, committed a crime involving failure to pay tax is exempted from criminal liability provided that he makes good, in full, the damage caused to the Russian Federation's state budget system.

Moreover, the criminal liability introduced by Federal Law No. 419-FZ dated Dec. 7, 2011, for creating fly-by-night companies is, in our view, the correct step in terms of certainty over the authorities' position in terms of disputes over an unjustified tax benefit.

A new form of business vehicle has appeared in the Civil Code and the Tax Code (Federal Laws No. 335-FZ and 336-FZ dated Nov. 28, 2011): the investment partnership. This allows risks of investing funds during startup to be mitigated. The new way of investing allows members of the partnership to aggregate the profits and losses of their membership in different startups as well as to carry forward losses.

In the context of these new developments, it is also important to note the amendments to the taxation regime for R&D activity. The relevant amendments were made to Chapter 25 of the Tax Code (Profit Tax) by Federal Law No. 132-FZ dated June 7, 2011.

The most striking tax event of last year was the adoption of amendments to the Tax Code associated with transfer pricing and a consolidated group of taxpayers (Federal Laws No. 227-FZ and 321-FZ dated, respectively, July 18, 2011, and Nov. 16, 2011). These came into force on Jan. 1, 2012, having already been extensively discussed by the business community over the previous six months. Even though these amendments took account of global practice and the recommendations of the OECD, their practical application has to date given rise to a number of issues in view of the uncertainty of their provisions.

Against the background of these amendments to the Russian Tax Code, the steep increase in tobacco excise duties has somehow remained unnoticed (40-45 percent per year), as has the sharp escalation of excise duties on hard liquor, the rates for which will more than double by 2014 (Federal Law No. 338-FZ dated Nov. 28, 2011). However, in view of Russia's demographic problems, these developments can hardly be regarded as negative.

Of course, the celebrated cases heard in the past year by Russia's Supreme Arbitration Court (SAC) cannot escape attention.

The most positive event of 2011 was the SAC's ruling in the Arctic service case that a court decision that has already come into force may not be re-examined because the SAC has changed its legal position if this results in a worse situation for the taxpayer (Resolution No. 7854/10 of the Presidium of the SAC dated May 24, 2011). The SAC's conclusions will make the decisions of courts and administrative bodies more consistent.

The decision of the SAC that provoked most discussion was Resolution No. 8654/11 of the Presidium of the SAC dated Nov. 15, 2011, in the Severny Kuzbass case. This concerned the taxation of interest paid to a foreign parent company under a loan where thin capitalization conditions apply.

One of the most practical decisions of the SAC from the standpoint of the interests of business came in the ZAO Transneft-Service case (Ruling No. 14883/10 of the Presidium of the SAC dated April 12, 2011). Under this decision, the tax authorities may not, when a tax audit is completed, defer reimbursing the part of the tax in relation to which no violations were uncovered, until the tax audit report is prepared.

By its decision on the OOO Forward case, the SAC restricted the ability of taxpayers to use, in unforeseen circumstances, the "tax safety cushion" of undeclared VAT deductions or expenses for profit tax. By its Resolution No. 23/11 dated April 26, 2011, the Presidium of the SAC indicated that the presence of the relevant documents is not a substitute for declaring deductions or expenses, without which tax obligations may not be reduced.

The picture painted of tax events in the past year would be incomplete without a reference to the recent decisions of the government regarding planned amendments to tax legislation.

The Russian Finance Ministry's planned abolition of unified tax on imputed income (UTII) will happen no earlier than 2018. This was previously scheduled for 2014. This decision was made at a closed conference regarding the taxation of small business hosted by First Deputy Prime Minister Igor Shuvalov. Thus, the "conflict" of the patent-based simplified tax system and UTII will continue for at least six years.

Moreover, property tax for individuals and land tax will remain in place for the next several years. A tax on real estate will not be introduced in Russia for the time being.

The Russian government has signaled its intention to make the branches and subsidiaries of major Russian companies that are active in the Russian regions pay taxes where they are located. This is likely to increase the investment attractiveness of the Russian regions.

This is the picture of what we view as the most interesting and topical tax developments from the perspective of Russia's investment attractiveness, tax events and initiatives for the past year.