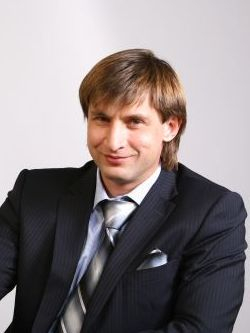 When managing risk, it is important to remember that while market volatility is quite often driven by market players themselves; their pragmatic coexistence can drive healthy competition and the dynamic development of both individual companies and the entire market segment.

One example of how IT industry players have learned to negotiate and establish industry rules is the Information and Computer Technologies Industry Association (AP KIT), of which CROC is a member. Initially, the association focused on improving legislation in the interests of the IT industry while in the last three to four years its focus on steering relationships within the community has also had a noticeable effect. Apparently, at some point key market players felt the need to make joint decisions in this direction. For instance, the first (anti-raiding) Charter of IT Company Executives was signed by 120 IT market players while this year the second Charter of IT Company Executives (with a broader scope) was adopted. Today, the association participates in a variety of projects from regional market development to legal aspects, including the fight against piracy, monopoly and unfair competition. However, AP KIT is in no way a regulatory body and, like any other Russian public organization, it does not yet have considerable influence at government level. However, within the IT market, the association has become an effective tool to address multiple risks.

Almost all Russian companies suffer from head hunting. This practice is of particular concern to the IT industry where qualified staff is a critical element to project-oriented business. Employee solicitation can result in the payroll increasing by 30 percent to 40 percent and consequently in an increase in the price of services. This is why owners of the largest IT companies decided that expertise should be developed by internal employee development and training and not by soliciting employees from one company to another. Pragmatic coexistence (i.e. civilized competition and cooperation) means that companies become more effective in achieving customers' goals. Within large-scale and geographically spread projects, CROC employs both highly qualified internal staff and subcontracts with niche or regional market players. Therefore, partnering with competitors can help players to participate in joint projects and successfully implement them.

Until recently, the Russian IT industry suffered from so-called "trade raiding" whereby an attractive warehouse of an IT company was subject to the corruptive schemes of raiders who seized its goods and transferred them for "safe custody" with a certain firm accredited by the Russian Federal Property Fund. Such a transfer was based on the fabricated claim of the victim's involvement in an actual smuggling criminal case, with seized goods thus becoming physical evidence. Then, after certain legal formalities, the firm with custody of the goods received permission to resell them (e.g. because it was expensive to store them). Before reselling to a rogue firm, the seized goods were evaluated by an "interested" appraiser and their actual price was underestimated by a factor of 10 or more. This underestimated value was then documented in all legal proceedings so that, from this point on, the victim would only ever recover a token amount if it won the case. Meanwhile, the rogue firm resold the goods to the next (good faith) purchaser, which finally resold them in the retail environment at a somewhat reduced price. As a result, the raiding company was able to make super-profits while the victim (a supplier of high-tech hardware) — even if it won the case — was unable to recover the true value of its goods due to the deliberate low evaluation of their worth.

Since 2007, AP KIT members have participated in developing and promoting laws aimed at combating trade raiding. In 2010, the President signed the Federal Law FZ N-63 "On Amendments to Articles 29 and 82 of the Criminal Procedure Code of the Russian Federation." Once the Federal Law came into effect, the undertaking of such corruptive schemes became far more complicated. In 2010, the Moscow City Court, during a renowned criminal case, issued a verdict against members of the organized criminal community, the backbone of which were employees of the public prosecutor's office and police officers.

The information technology industry relies greatly on intellectual services. Companies that offer computer equipment within large-scale projects at a low price exclusive of installation, integration and technical support are unable to meet the quality requirements of the customer, who is often forced to pay twice to get the job done. Storage systems or data centers cannot operate without proper configuration and maintenance.

At present, according to Federal Law No. 94 FZ "On placing orders for provision of goods, work and services for state and municipal needs," the main criteria for IT supplier selection are price and time. As a result, newly established companies with no real experience or competence are able to participate in tenders — something that undermines the reputation of the IT industry. However, no solution has been found so far. In the West, such situations are regulated by a ban on the highest and lowest prices at auctions. However, such thresholds are not regulated by Russian legislation.

The IT industry is subject to the same risks as other market segments. However, due to the industry's characteristics (high-technology and importance of intellectual work), one of the most effective and affordable ways to address many major issues is to follow ethical principles. I believe that if other markets adopt such coexistence principles, they will not only improve their internal climate but also enhance competitiveness.