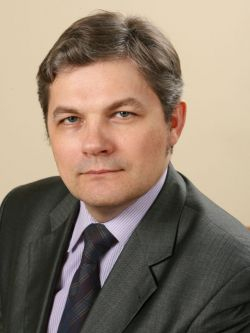 The SAC wanted to give interested parties an opportunity to submit their proposals on the draft's content and emphasized the need for clarification on the first part of the Tax Code, which regulates tax administration, the obligation to pay taxes and fiscal accountability.

This can hardly fail to give cause for satisfaction, since a critical mass of outstanding issues had long since been reached with regard to disputes between taxpayers and the tax authorities.

On examining the text of the draft, however, many practitioners and experts on tax law reacted ambiguously. Across a whole range of issues, the SAC's position does not exactly favor taxpayers.

The draft proposes, for example, rejecting the practice that the courts had been following for several years previously, in accordance with an SAC ruling, that when deciding whether to prosecute taxpayers for tax evasion, it was essential to consider whether they had overpaid. In addition, if the overpayment had occurred in the period preceding the period when the arrears arose, taxpayers would automatically be held not responsible for failing to pay taxes.

But an alternative variant of Paragraph 19 of the draft states that in deciding whether to prosecute for tax evasion, it is irrelevant if a taxpayer has overpaid at the time the arrears were incurred.

This approach is purely formal, however, because in the event that a taxpayer has overpaid, the budget has suffered no losses, so a non-payment of tax has not in fact occurred. It must be hoped that the SAC will continue with its former approach on this issue.

The text of the SAC plenum's draft resolution also shows that on some questions, there is no consensus within the SAC itself on applying the first part of the Russian Tax Code. Otherwise, how else could Paragraph 52 and Paragraph 70 (with their three alternatives) be explained? These paragraphs contain different approaches to resolving various issues arising from partial appeals to higher tax authorities against rulings by inspectors during the pretrial phase of tax disputes. (Since 2009, taxpayers can only challenge decisions by the tax authorities in court if these decisions were first challenged in a higher tax authority.)

In cases where a partial appeal against a decision by the tax inspectors is made to a higher tax authority, for instance, is it possible to challenge the same decision in its entirety in court? In such cases, would the pretrial procedure have been observed?

Again, the hope must be that the SAC will take into account the current state of the law and regulations, but the SAC plenum will, of course, have the last word here.

However, the text of the SAC plenum's draft also contains interpretations that are decidedly positive for taxpayers across a whole range of other issues.

At the moment, for example, the question of how the tax authorities should issue the results of additional tax inspections and announce them to taxpayers, as well as the question of whether taxpayers can submit written objections regarding the results of additional inspections, have yet to be resolved both in the Tax Code and in judicial practice.

Additional tax inspections are ordered in cases when materials from inspections and objections on the part of the taxpayer are being considered, and it turns out that in order to make a decision, the tax authorities need to obtain further evidence.

At the same time, the examination of the materials in the inspection and the decision should be carried out by the tax authorities in the light of the taxpayer's objections to the materials obtained as a result of the additional inspections.

If the final version of the SAC plenum's resolution confirms that the taxpayer has the right to submit written objections to the material resulting from additional inspections, this would greatly improve the protection of taxpayers' rights during the pretrial phase of tax disputes.

The country has one of the highest excess fatality counts in the world.
TAMPING DOWN TENSIONS