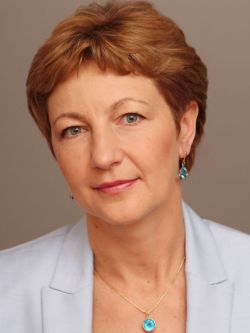 The Russian labor market has substantially changed during the last 3 1/2 years of an overall unstable economy. The changes have been so profound that it is evident we may never return to the pre-crisis position.

Since the economy started recovering in 2010, almost all of us have been experiencing its growth: Our businesses have expanded further into the Russian regions, new companies are coming to invest in Russia, new vacancies are opening not only for replacement needs (as it used to be back in 2008-09) but also for expansion purposes and we have been looking to the future quite optimistically.

I will divide the trends of the labor market into three major areas — recruitment and retention; compensation and benefits; assessment, training and development — and concentrate on the most interesting trends in each of them.

The revival in the recruitment field started at the very beginning of 2010, bringing not only hope and activity to the market but also troubles and problems to employers. We all know that the demographic situation in Russia is (and will for a certain period of time be) in a poor condition. While head counts increased and business startups were followed by necessary team recruitment, potential candidates (those who managed to secure their jobs and held their breath during the crisis) started exploring their own perspectives and possibilities, "feeling" the market and trying to evaluate their personal position on it. As a result of the overall poor demography, this resulted in a quick and predictable switch back to an employees' market, when potential employees tend to dictate to potential employers the terms and conditions of their further employment contract.

When looking at the main drivers for changing jobs, these are common to Russians and have not changed significantly — money and opportunities. Coming to a potential employer, the job-seeker is usually trying to raise his base salary by a minimum of 30 percent.

In 2011, we have unexpectedly found ourselves deeply immersed in a new wave of war for talent — the relaxed times for recruiters have passed away. Realizing the poor perspectives of the nearest candidates' market due to the obvious shortage of candidates born in the early '90s, they are hunting nowadays for talented youngsters almost of the kindergarten age, trying to attract them as potential future employees and "sell" their companies as potential future employers. Companies tend to be very creative in this field and readily spend budgets without even the slightest guarantee that those young people will really come to work for them. Generation Y is different, we are still studying its peculiarities, ways of behavior, attitudes, wishes and desires, self-estimations, needs and abilities. In any case, we will have to adapt our internal policies in each and every HR zone to ensure that they fit our business structures.

In general, employer-brand creating and sustaining has become critical and obvious to the majority of companies on the Russian market. And although not all of them have appropriate policies and procedures in place and an appropriate deep understanding of how it should be done (especially Russian-based businesses), almost everyone is talking about employer branding and trying to apply these practices in the modern Russian reality.

The tough economic situation has played a tricky role (if I can use these words in a positive sense) for HR in our country, since the crisis forced companies to involve their HR departments more deeply in strategic business planning processes and understand that without human resources no business is able to survive and develop. I believe this understanding is pretty new to the majority of Russian top executives and will have a very positive outcome not only for our HR community's further professional development but for whole businesses as well.

During the current year, the increase in placements has been achieved through references and headhunting, the latter techniques being used by recruitment agencies more and more often, even in their search for middle-management positions. Saving budgets on recruitment providers, which started back in 2008, has resulted in higher internal HR head counts nowadays, with internal recruiters "digging" the market themselves, using the whole spectrum of Internet resources, both existing and newly arising, and the most complicated positions being offered to providers. Internal interviewing and job offer decision-making processes have lengthened sufficiently when compared to pre-crisis data.

Due to the lack of high potential and professional candidates on the Russian market and because of the difficult demographic situation, companies are now paying a lot of attention to enforcing their retention policies, not only attracting future employees but ensuring they stay with the company as long as is mutually beneficial.

Key HR roles in the present reality have transferred to employees the engagement, leadership-development and talent-management fields, all of these developed policies being certain "anchors" keeping employees inside organizations, maintaining their interest and motivation for professional and career growth within companies.

In the last couple of years, one emerging trend is the rising mobility of Russians inside the country. Although geographical attractiveness for relocation is rather limited to Moscow, St. Petersburg and the Southern and Central Federal Districts, the overall trend is new and promising for the Russian labor market. Still, European and North American countries remain the most desirable places for Russian employees' labor migration.

In the compensation and benefits area, actual average salary increase is going to exceed inflation rates, similar to the previous year's results, but here the real figures are going to be lower than those predicted at the end of last year. According to preliminary market analyses from different survey providers, the figures lie somewhere around 9 percent of average salary increase — more precise data are dependent on the company's business sector, level of employee's position, region, etc. Predicted average salary increase for 2012 does not differ from that of 2011 and is equal to 10 percent.

Judging by reality (as opposed to survey data), I would say actual salary increase in many of the companies operating in Russia was much higher than the abovementioned figures. Many current employees who were "curious" about the market situation after the crisis came back to their employers with a demand for a certain salary increase, which lay above the company's possible expectations. Still, we observed an increased number of counter-offers, where current employers were forced to do everything possible to keep high-potential employees within their organizations, not letting them go to competitors.

Overall benefits are broadly stable over time, with a marked trend toward flexibility and compensation schemes much more "tuned" than ever to talent and potential.

The budgets for the assessment, training and development field have been raised for 2011 more than twice when compared with the previous period — the top three HR priorities here being performance management, leadership development and succession planning.

Full-time training and development programs are becoming more individualized and "tuned" to talents, as well as compensation schemes.

E-learning has developed significantly during the crisis, primarily due to its evident cost-saving possibilities. Further, it provides different opportunities, is much more flexible and often better suits the companies' needs.

Some legal and technical issues should be mentioned while talking about the labor market in Russia.

First is the tax reform, which is already being labeled the "mistake of the year." Unfortunately, its further perspectives are not clear yet but already are frightening. Although I am not a specialist in the tax area, the general HR concern for the future here is the likely return to gray salary schemes (especially in the Russian businesses), with the purpose of diminishing the increasing income tax burden.

Migration issues have also been constantly on the agenda for all international and Russian companies with expatriates on their books. Despite all the positive changes and amendments to the Russian migration law in 2010, in the beginning of 2011 we faced new changes and amendments (registration issues), which caused another headache, not only for expatriates themselves but also to the HR departments of their companies. Notwithstanding the very fast adoption of positive new changes in this area (bringing the situation back to normal), the feeling of uncertainty and instability with regard to the employment of foreign highly qualified personnel still exists, especially in view of the adoption by the State Duma at its first hearing of the draft law banning outstaffing and secondment. The draft law was initiated in November 2010 by State Duma deputies Isaev and Tarasenko and is aimed at prohibiting all forms of agency labor as well as secondment schemes in our country.

It means that not only will organizations fail to minimize their costs using agency labor (outstaffing, temporary personnel, personnel leasing), but also highly qualified foreign employees (those working on secondment agreements) will immediately find themselves in the Russian Federation illegally as soon as the law is adopted, despite all the positive changes in migration law. It might totally ruin the investment climate in the country, especially on the brink of the new wave of the economic crisis.

Fortunately, the Association of European Businesses has established a fruitful dialog with the government of the Russian Federation (namely with the Ministries for Health and Social Development and for Economic Development), and its experts from the HR Committee have been working on changes to the draft law before the second hearing. From the very beginning, AEB members were in favor of legalizing existing forms of agency labor and secondment in Russia in accordance with the world's best practice and knowledge.

Our general understanding now is that the second hearing of the draft law will not happen before the end of the election campaign in the spring. Still, despite being rather optimistic and happy with the very positive experience of interaction with governmental bodies, we are not sure about the outcome.

Thus, investing in Russia, building new plants and factories, competing for customers and opening new regional markets for their further development, companies find themselves fighting for talent with each other, creating outstanding employer brands and trying to secure their organizations from employee losses, while the country is falling down a demographic hole. HR issues have already become hot and urgent, and this appears to be continuing for a while yet.

A journalist for Germany's BILD tabloid was denied entry to Russia on Monday after being told by border officers he is a “danger” to the Russian...