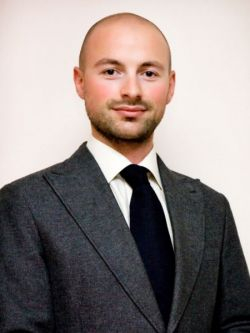 Recently there have been more frequent violations of labor rights committed by employers of not only Russian workers, but of foreign citizens working in Russia as well.

In this article we want to address the issue and the manner by which Russian legislation provides foreign citizens with some measure of protection from an employer violating his or her labor rights.

In this regard, foreigners who are legally employed in Russia can avail themselves of all legal means provided to them by Russian legislation to defend their rights as workers.

According to Article 352 of the Labor Code, everyone has the right to protect their rights and freedoms by all possible means not prohibited by law.

Basic means to defend one's labor rights and freedoms are:

As a means where by which an employee can protect his/her own labor rights, the employee can inform the employer or immediate supervisor in written form of the employee's refusal to carry out duties that were not included within the terms of their employment agreement as well as refuse to carry out tasks that directly threaten life or health. An employee can also withhold services in the event an employer fails in the delivery of payment of salary for more than 15 days. During the period of suspension from work, an employee has the right to be absent from his or her place of employment for the duration of the suspension.

Meanwhile it is necessary to note that in certain instances, as is provided for by federal law, an employee cannot withhold services. This generally applies to, for example, workers in organizations that serve particularly dangerous types of functions, workers who perform duties in the energy-resource sector, heating, provision of water services, gas, communications, and emergency and medical care providers.

The main Russian authoritative branches that regulate and monitor compliance of labor laws are the Prosecutor's Office and the Federal Labor Inspectorate. In the event of a violation of labor legislation by the employer, an employee can file a complaint against his or her employer to these authoritative bodies. The Prosecutor's Office and the Federal Labor Inspectorate have the right to carry out an investigation as to the merit of the case and then make a binding decision to the employer including reinstating an employee who was wrongfully dismissed and awarding the employee for wages in arrears. Even more so, these authoritative branches can initiate proceedings against the employer and its administrators for liability of violations of labor legislation.

A complaint filed against an employer for violation of labor law to any of these authoritative branches does not carry any time restrictions or statute of limitations. An employee can file a complaint regardless of how much time has passed since the moment of the violation.

Finally, in defense of one's rights, a foreign citizen can seek judicial protection via a Russian court in the relevant jurisdiction.

In contract to the Prosecutor's Office and the Federal Labor Inspectorate, if pursuing a legal complaint in court, an employee must do so within a certain time deadline.

A complaint filed by an employee in court is to be filed in the jurisdiction of the employer, its address of federal registration, which is sometimes its legal address.

When making a complaint in court, the employee is exempt from payment of state fees and other court related costs.

In a complaint filed in court, a foreign citizen has the right to the assistance of a translator in order to have the opportunity of participating in the proceedings in his/her own language.

In the event of wrongful dismissal, an employee can expect to be restored to his/her previous position and recovery of lost wages during the period of forced absence. Any violation of labor rights can serve as a basis for reparations from the employer for moral damages. In addition to that, a foreign employee who wins an award against the employer in court, at his/her request can be compensated for costs associated with translator's services, travel and living expenses, as well as for legal fees (lawyers) and other related expenses that were incurred in pursuing legal action.