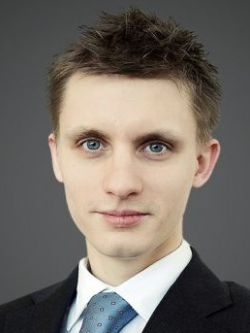 Most of the world's airports are not private but are owned by state or regional governments, reflecting the immense cost of building them, coupled with the strategic importance they have in national economies and transportation systems.

But at the same time, since the late 1980s it has become increasingly obvious that they are very complex business enterprises, combining a range of retail and service functions that airport visitors can see every day, with a range of aviation industry, administrative and logistical functions. Since that time, we have seen a number of major global airports privatized, as questions about the effectiveness of state run airports have mounted.

Russia, too, is moving down the airport privatization path, with the majority of the nation's 332 airports owned by the state or regional governments. Several are privately owned or operated by Russian as well as foreign operators, including Incheon and Fraport.

Passenger traffic at Russian airports is currently relatively low, with only four airports handling more than 5 million passengers a year, and much of the nation's airport facilities are in need of substantial investment and changes to operational management.

Given the huge passenger number growth potential, with operational and cost optimization, there is significant investment potential, and key market players and industry analysts believe that the 30 major Russian airports will be attractive investment opportunities over the next five to 10 years.

As airports are quite unique assets, there are a number of issues that need to be considered.

Foreign investment in all airports is subject to prior approval by the government investment committee, headed by the prime minister. Some particular airports have privatization restrictions under which the state's share may not fall below a threshold outlined in the Presidential Decree No. 1009, dated Aug. 4, 2004. In these cases, potential investors may try to initiate a change of the decree though the Transportation Ministry and other governmental institutions.

When developing the financial model for an airport investment opportunity, investors should also note that airport fees are subject to certain limitations by the Federal Tariffs Service. Usually tariffs are based on airport operation costs, increased by a limited margin.

When conducting a due diligence review for a particular airport, among other areas that are standard for other businesses, a number of specific issues should be addressed. These include expansion possibilities, ownership of refueling depots, ground handling, municipal social obligations connected with the airport, the condition of the aerodrome, infrastructure and equipment, as well as various types of aviation and non-aviation operations. Airports in most cases do not own their runways, taxiways and ramps.

It is also worth noting, when choosing a partner, that the state may also attempt to limit types of the potential investors. It may expect to see not only a financially sound partner, but also a company with a particular experience qualification (e.g. successful management of an international airport). Certain types of applicants may be even banned, such as competing airports (within a certain range) or airlines, etc.

The privatization process and scope for investor involvement largely depends on the level of control and potential responsibility the state is looking to transfer and the investor ready to accept. These parameters in turn depend on the target owners and investor set, airport condition and potential, and so on. Depending on the airport, the approach may range from a consulting agreement to concession or complete purchase.

Consulting and subcontracting (outsourcing) are the first stages with minimal private partner involvement. In many cases, these services also include secondment support (structured to the extent allowed by the local laws and practices) and license to the know-how. Technically, these types of agreements may even not be regarded as privatization, but their importance lies in the promotion of efficiency in running the airport. For a partner, these agreements typically provide minimum control over airport operations and limited responsibility. An increase in contractor control over operations results should be carefully linked to a fee structure.

The next option is to outsource all or most of an airport's functions to a private general contractor. With this model, the contractor would effectively be in charge of the airport's key operations.

From a legal viewpoint, such an arrangement may include the different types of contracts, such as servicing, subcontracting, construction and agency agreements. With this contract framework, a private partner could redesign different management systems, review the airport's internal and external relations, select all the necessary service providers and subcontractors and arrange their work. It may be agreed that an investor would legally replace an airport operator by acting as an agent (in its own name or on behalf of the airport) and independently managing all contract work and related finances.

In such an agreement, the parties inter alia would decide on the areas of the investor's responsibility, the extent of its operational independence (and the owner approvals process), cost allocations and compensation, and performance objectives. A significant portion of performance fees in the overall payment would be typical for the advanced role of a private partner.

Although most of the contract models described in this article are related to management of an airport's assets, in a purely legal sense a management agreement is usually understood as a structure in which the private partner carries out the functions of the airport's CEO.

Under a management agreement, a private party receives extensive operational freedom, however limited by the contract, as well as articles of association and other internal company documents. As any CEO, the management company will need to seek corporate approvals for a number of actions.

For an airport management agreement, the owner would typically set a number of major performance targets, and the payment structure would usually provide for extensive use of performance fees.

Under Russian law, a concession means an arrangement where an investor is required to construct or renovate a certain object (usually buildings, infrastructure, etc.), operate it for a specified time, and then transfer to the state (the classic "build, operate, transfer" model).

The concession model may be viewed by the government as a compromise between attracting a private investor and retaining the control over the strategic infrastructure. It provides an investor enough operational independence to effectively run an airport, and influence policies, development and potential profits, while providing the state scope for regaining control over important infrastructure in the future. A state or regional government owner may also include specific management restrictions and obligations for an investor in the contract, e.g. a requirement to gain owner approval for construction or certain other major actions.

In Russia, concessions are regulated by a special Federal Law on Concession Agreements, which is fairly flexible in allowing the state and a private investor to allocate risks between them and agree on the financing structure. Depending on an airport's condition and the concession project's principal objectives, the parties may choose between different types and combinations of payments to the owner, e.g. a single fixed payment, fixed periodic payments (as with lease payments in LDO — "lease, develop, operate" — model) or a portion of the airport's profit or proceeds. The project may, alternatively, demand the owner's co-financing together with the investor, which is also legally acceptable, subject to budget legislation.

Concession models are typically more appropriate for larger projects, such as construction of new terminals. The most noted Russian example of a concession contract involves Pulkovo Airport, having been executed between St. Petersburg and the Northern Capital Gateway, an international consortium including VTB Capital, Fraport AG and Copelouzos Group. The consortium will be in charge of aerodrome infrastructure development, reconstruction of the existing Terminal 1, construction of a new terminal, as well as a new hotel, business center and parking.

Outright sale and purchase of an airport is an ultimate change to the control model. Generally, a buyer gains complete influence over the airport's operations, development and consequentially profits, but also inherits all the risks.

Share deals are more typical for the current market. They enable the purchase of a complete suite of assets, contracts, personnel and the required permits and certificates through a relatively straight-forward transaction. A share deal also provides for additional flexibility in control and risk allocation, as the parties may decide that only a part will be owned by the private investor, starting from a minor stake of 5–10 percent and increasing it to a blocking, controlling or qualified majority stake.

Generally, with a transfer of principal control over assets, under the sale-and-purchase deal, the previous owner becomes removed from any significant formal influence over airport operations and development. However, the parties may choose from various options of corporate interaction, where a purchaser can take on additional obligations: for example, to get the seller's approval for certain transactions or to follow a particular financing or action plan. These arrangements may be formalized in a shareholders' agreement, company articles of association, or in other ways.

We have reviewed only the most straightforward models that can be used in transactions with airports. Depending on owner and investor objectives, airport condition, level of acceptable investor involvement, risk and other parameters, the parties may opt for a variety of alternatives — including very exotic ones, such as share trust management, corporate mergers, airport lease, IPO, etc. — or a combination of them.