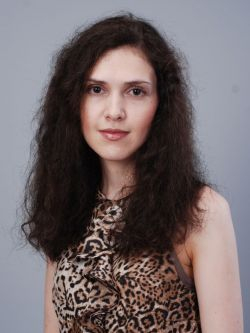 Foreign citizens, upon receiving permits for temporary residence in the Russian Federation for a period up to three years, have the legal status of temporary residents in Russia. To legally work in Russia, they must obtain a work permit. But according to Federal Law No. 115-FZ "on the legal status of foreign citizens in the Russian Federation," dated June 25, 2002 (hereinafter — "Law on Foreign Citizens"), foreigners temporarily residing in Russia are not considered foreign workers. In this regard, for them, there are a number of features in the process of obtaining a work permit:

1) Foreigners holding temporary residence status can independently, or through their representative, apply to the regional migration authority for a work permit.

Herewith the law does not determine the exact time frame within which the extension of the work permit should be applied for before the current one expires. Thus, such extension can be realized at once after issuing of the work permit valid for one year in case of an existing employment or the presence of a civil contract;

2) A work permit is issued within 10 working days, instead of 30 calendar days;

3) A work permit can be issued for any requested position that is included in the national classification of positions. Herewith the administrative regulations for the issuance by the Federal Migration Service of a work permit do not require foreign citizens to provide confirming documentation of relevant educational or professional qualifications;

4) The issuing or extension of work permits of temporary residents does not require medical documentation showing the absence of any illness in accordance with the list established by the government of Russia;

6) Upon concluding an employment agreement with such a foreigner, the employer is not obligated to notify the state authorities on the hiring, in so much as a foreign citizen holding temporary residence status in Russia is not classified as a foreign worker;

Foreign citizens are not permitted to independently change the region for which their temporary residency status and, accordingly, their work permit are valid. In case of a necessity to move to another region for work, the foreigner must apply to the appropriate state authority for migration to make changes to the residence permit. After that he should provide the state authorities with documentation to confirm an agreement with the new employer regarding conditions of employment and residence (employment agreement, leasing/rental agreement for place of residence in the region in which the foreigner is to be employed, etc).

In case of cancellation of temporary residence status on the grounds established by the Law on Foreign Citizens (Article 7), a foreign citizen must then depart from the territory of the Russian Federation within 15 working days. Herewith the employment relations with the employer are terminated, and the work permit is also canceled on the basis that a foreign citizen is leaving Russia for his/her permanent place of residence (Subparagraph 8, Paragraph 9 of Article 18 of the Law on Foreign Citizens).

After a year of residing in the Russian Federation with the status of temporary resident, a foreign citizen can receive permanent residence in Russia for a period up to five years and thus achieve the status of a permanent resident in the Russian Federation. In accordance with Subparagraph 1, Paragraph 4 of Article 13 on the Law of Foreign Citizens, an employer can hire such a foreigner without the preliminary process of obtaining permission for the hiring and employment of foreign workers and personal work permit of foreign citizen. The employment relationship with this category of employees is the same as with citizens of Russia, therefore the employer is not obligated to notify federal authorities on the hiring of a foreign citizen having this distinction.

But a permanent residence of a highly qualified specialists in the Russian Federation (Article 13.2 of the Law on Foreign Citizens) has some particular features. It can be obtained without prior approval of temporary residence status for a period equal to the period of validity of the specialist's work permit — up to three years (Paragraph 27 of Article 13.2 of the Law on Foreign Citizens). At the same time, a permanent residence status of a foreign employee does not relieve the employer from the necessary filing quarterly income reports to the Federal Migration Service on payment of wages to the specialist, fulfilling other migration procedures that go along with employing and dismissal of highly qualified specialists in Russia.

If the employment relationship is terminated prematurely and the specialist is unwilling to continue the cooperation with new employment in Russia, highly qualified specialist permanent residence status is valid for 60 working days from the date of termination.

If a specialist finds a new employer within 30 working days from the date of dismissal from his previous place of employment, the permanent residence permit remains valid throughout the period that the Federal Migration Service is processing the request of the new employer to obtain a work permit for the foreign citizen. If the foreigner continues working as a highly qualified specialist, he should have the relevant permanent residence permit reissued for the period of validity of the new work permit.

Thus, when considering the effect temporary and permanent residence status in the Russian Federation on the procedure of employment of a foreign citizen who is not classified as a highly qualified specialist, we see a simplification in the procedures or, in fact, see no need for them at all, and at the same time simplifying the acceptance of a foreign employee to work in Russia. But for specialists, it has an inverse relationship. A foreigner's status of highly qualified specialist and the availability of the appropriate work permit depend on the possibility of obtaining a permanent residence permit in Russia.