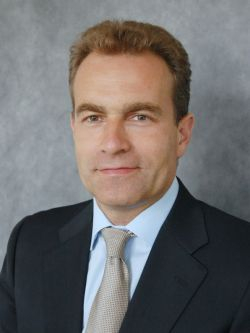 Currently, the Russian directors and operators, or D&O, liability insurance market is mostly limited to those Russian corporates that have already placed their shares or other securities on capital markets outside Russia or are planning to do so in the near future. There have also been few examples of big Russian companies (like Sberbank) buying D&O insurance policies for their directors to cover mostly domestic risks.

Until recently, the main exposure for directors has been the listing of the company they work for on various stock exchanges. But the most immediate source of claims against directors and officers in Russia could, perhaps, be found in the dramatic changes that are going on in the Russian law in respect to corporate governance and directors' liability and civil procedure.

The rules of civil procedure were changed, and the concept of an opt-in class action was introduced. Today a shareholder or a bond holder may file a claim against a company and/or its directors and offer other shareholders or bond holders to join the proceedings as plaintiffs. Matters of fact established by a decision of the court on such claim will create a precedent for other courts considering claims against the same defendant on the same grounds and cannot be challenged.

Other changes that are expected relate to corporate governance. Draft legislation is being discussed that purports to better define the duty of care, good faith and caution that directors must perform in relation to the company they work for.

Currently, the duties of directors are set out in the Civil Code and special legislation on joint stock and limited liability companies. Article 53 of the Civil Code provides that directors must act in good faith, reasonably and in the interest of the company and are liable to the company and its shareholders for damages caused by their faulty actions or failure to act.

The law is unclear as to what constitutes bad faith or unreasonable behavior, and directors face claims very rarely, mostly because the plaintiffs must prove lack of good faith on the part of a director, the amount of damages and a causal link between unreasonable behavior of the director and the losses. Russian law does not recognize a concept of fiduciary duty that directors owe to the company, which makes it very difficult to seek any recovery from them.

The State Duma passed in the first reading a bill that would mean a major change in the regulation of the duties of directors and officers and their liability making them hugely exposed.

The bill widens the list of potential defendants in disputes related to placement of securities. At present, liability for misrepresentation of facts and circumstances in the course of a public offering rests with those persons who signed the prospectus. In any event, such persons include the general director and the chief accountant but may also include the auditor and/or the financial adviser. The bill provides that members of the board that voted for the approval of the prospectus may also be held liable for losses caused by any wrong or incomplete disclosure of information in the prospectus.

While the proposed amendments significantly expose directors and officers, they also allow to have indemnification agreements between the company and its directors. The bill introduces a possibility for the company to indemnify its directors against any legal costs including defense costs in civil, administrative or criminal procedures.

Finally, the bill introduces another procedural change related to the allocation of legal costs. It says that in case of a shareholder derivative action, the court may impose the legal costs of the plaintiff on the company even in the case of the successful defense by a director. But this will not be possible if the court establishes that the claim was filed by the shareholder with a sole purpose to abuse his rights.

The bill is a rather comprehensive document that purports to cover various aspects of corporate governance and risk management including D&O insurance.

The bill declares that a company may purchase liability insurance for its directors and officers. It also requires material terms of the policy to be approved by the shareholders meeting.

Another big step forward is a suggestion that the company may have indemnification provisions in its contracts with directors and officers. The bill allows the company to indemnify its directors for legal costs associated with claims made against them.

Another important change is a proposal to allow the company to insure its risks associated with its obligation to indemnify its directors thus making Side-B cover possible under Russian law.

Russian corporate and insurance legislation is being developed to bring it closer to international standards. It is a very important trend, and it should be supported. On the other hand, the significance of the changes that are proposed for the corporate environment as well as for the court system and the insurance industry should not be underestimated. The changes are of revolutionary nature in many instances and, therefore, should be carefully thought through to avoid unwanted side effects.