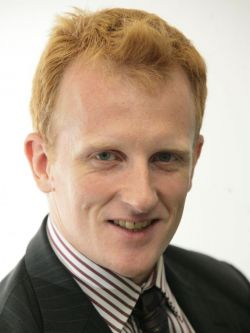 The Russian real estate investment market is recovering: Investors are regaining interest in Russian projects, investing funds in both the hope and expectation of long-term profitability. The second quarter of this year saw the highest quarterly volume of investment into Russian commercial real estate ($1.6 billion in 11 transactions) — higher even than in the 2006-08 high-growth years, despite the fact that other key indicators such as rental and vacancy rates have not (and will not soon) return to the extreme levels seen in those years: Office rents in that period were exceptional — $2,000 per square meter for the very best office properties.

Today this level is about $1,300 per square meter for these properties, and this should rise to $1,500 in the short to medium term. This is an indication that the quality segment of the Moscow office market is performing well. Occupier activity in recent quarters has been concentrated in the central areas of Moscow (the central business district up to the Third Ring Road) and there was a noticeable increase in the average size of deals completed. Overall vacancy declined for the third consecutive quarter and at the end of the second quarter stood at 13.5 percent, compared with 16.7 percent as of end-2010. As a result, prime rents moved ahead, rising more than 10 percent on the previous quarter.

Foreign investors play their role in this too; however, while before the crisis they accounted for the majority of investment, now the reverse is true. Several factors account for a level of inhibition seen on the part of many potential investors: First and foremost the still-fragile global economic situation deters many from putting their money into markets seen (rightly or wrongly) as risky, leaving Russia attractive, for the most part, only to opportunity investors prepared for a higher-risk profile. A temporary factor is the uncertainty over the presidential elections in Russia. Of more import on the political front is the makeup of the new city government in Moscow and, even more crucially, the new city development plan that is currently being worked on. Many developers and investors will prefer to wait for confirmation of the new plan before firmly committing to projects. One short-term consequence of this will be a lack of investment-grade product over the next few years, both as a result of developers and investors holding back, and as a result of the city government suspending development permits in the central areas of the city until the new plan is finalized.

To attract and increase foreign investment, Russia will need to continue working for a clearer legal framework, and transparency in business and finance. Furthermore, developers will need to understand that the focus is as never before on quality. Compared with other European cities, Moscow has very few high-quality office buildings. Quality will be the main differentiator over the next several years, both for occupiers, who are enjoying higher vacancy rates than previously and therefore greater choice in potential premises; and for investors, who are not (currently) competing against large number of other investors for quality objects (and who also have the option of putting their money into other markets).

One area that shows some promise over the medium and long term is the regional real estate market in Russia. Many Russian regions have shown considerable economic development, and their local populations now enjoy higher levels of net income than in previous years. As a result, there will be demand for improved retail and entertainment facilities in these locations — movie theaters, shopping malls, entertainment centers, etc. On a lower scale there is and will be a need for more quality office projects. These indicators will, in time, encourage investors to finance developments in the regions. These will primarily be domestic investors; we expect foreign investors to remain focused on the two capitals over the foreseeable future.

Overall, the real estate investment market is back on track, with growing investment volumes. But there is no room for complacency because Moscow is still not realizing its full potential. Both Moscow and regional markets need to consider a number of factors when trying to encourage potential investors. Further, they need to understand that the market has moved on from the days of mass speculative development, when investors would often finance lower-quality projects in the reasonable expectation of guaranteed income streams. Quality is now king.