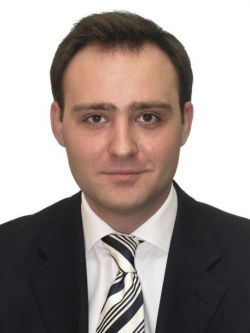 Almost five years have now passed since the adoption of the first regional law on public-private partnerships (PPP) in St. Petersburg in 2006. This law, which was passed shortly after the enforcement of the federal law on concession agreements in summer 2005, has caused turmoil in the nascent PPP market in Russia. This regional initiative offers clear evidence of the existence of an alternative PPP development strategy in Russia.

At the time of adoption of the St. Petersburg PPP law, the basic principles of the concession model were already highly criticized by experts and potential project participants, including financial institutions, both in Russia and abroad. Regional PPP legislation seemed to be a logical and pragmatic opportunity to avoid the conservative provisions of the federal concession law and create a bankable and attractive PPP market in Russia's regions.

To date, about 40 regions have adopted St. Petersburg-style regional PPP laws in an attempt to boost the attractiveness to investors of their respective regions. Others are expected to follow shortly. But experts concur that these laws are a good example of how desires do not always conform to reality.

In an extraordinary rush for private cash and know-how, the regions have cast aside important milestones, and the mere adoption of relevant legislation as such does not inevitably lead to an increase in investment. It appears that local authorities still operate with a procurement mindset and lack sufficient experience to properly prepare and manage PPP projects.

The adoption of regional PPP legislation did not clarify how the public sector should initiate and deal with complex infrastructure projects. The creation of specialized PPP departments within various local ministries and the retention of reputable experts has lead to an unusual situation: Miscellaneous midsized regional PPP projects announced in 2010-11 have been proposed based on the concession model. Recent examples include bridges in Udmurtia, a waste disposal and sorting plant in Murmansk, and sport centers in Nizhny Novgorod. The city of Moscow, where a local PPP law has not yet been adopted, is also considering the concession model for construction of new metro lines and waste plants.

In addition to its PPP law, this year St. Petersburg has started to consider other legal options for infrastructure projects, including adoption of special laws on life-cycle contracts. Surprisingly, this move happened shortly after the successful financial closing of the Pulkovo PPP project and the commercial closing of the Yanino project (both governed by regional St. Petersburg PPP law). Experts agree that the substance of a life circle contract in fact coincides with the substance of the concession agreement as currently provided for by existing laws, and the LCC brand actually reflects a core PPP economic principle: to promote longstanding relations between public and private sectors over a defined period of time.

Does this mean that regional authorities tend to favor the concession model? Based on available information, no projects governed by local PPP laws are to be announced in the near future. It seems that concession, notwithstanding the criticism, remains the most attractive PPP tool for infrastructure projects in Russia's regions.

On the other hand, certain regional infrastructure projects that were envisaged as PPP projects have since turned into pure procurement. For instance, St. Petersburg has recently decided to finance and construct a light-rail tramline to Pulkovo Airport (known as Nadex) using state budgetary funds and has rejected PPP models for construction, although the state financing scheme is yet to be approved by the new governor.

This being said, the current regional PPP market is far from stable, so forecasting is challenging. However, the addiction of local authorities to PPP development continues to grow drastically and new projects, most likely concession-based, are expected to be announced in the beginning of next year in the waste, water and toll road sectors.