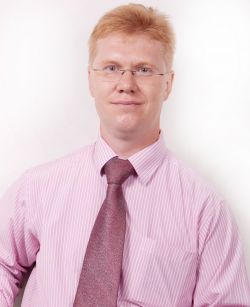 This article is going to outline the most interesting and frequent problems that arise from a breach of a lease agreement by a lessee. Breaches by a lessor will remain outside the scope of this review.

Perhaps the most common problem is related to overdue or missed payments under an agreement.

Regardless of whether arrears in lease payments are settled, a lessor has the right to claim a late penalty fee. As a rule, a late penalty fee clause is usually incorporated into an agreement. If no late penalty fee is considered, the interest accrued as a result of using another person's money may be recovered (Article 395 of the Civil Code). The interest amount is equal to the refinance rate determined by the Central Bank and currently constitutes 8 percent per annum.

Litigation seeking recovery of debts and late penalty fees leads to additional costs and loss of time. It is possible that a lessor would be reluctant to cooperate with such an infringer and would rather terminate the agreement. In this case lessors can make use of Article 619.1.3 of the Civil Code that allows them to terminate agreements if a lessee has failed to pay rent in a timely fashion more than twice in a row. Formally this rule is worded in such a way so that even the subsequent remedy of a breach of an agreement would not prevent termination. But this is not true. According to Section 8 of Information Letter No. 14 issued by the Presidium of the Supreme Arbitration Court on May 5, 1997, a claim to terminate a lease agreement may not be granted if the breaches that have caused the party to seek relief in an arbitration court are remedied in reasonable time.

What if an agreement expressly provides for a right to termination if, for example, a payment has been overdue only once? The Supreme Arbitration Court confirms that such a provision would be effective (Section 26 of Information Letter No. 66 issued by the Presidium of the Supreme Arbitration Court on Jan. 11, 2002 "Review of Case Law on Lease-Related Disputes"). But again, if by the time of trial the debt is repaid, grounds for termination would also cease to exist (see e.g. Judgment No. 09AP-11696/05-GK of the Ninth Arbitration Appellate Court dated Nov. 29, 2005).

If we assume that the breach of the agreement has been remedied, a late penalty fee does not really incentivize proper performance and the lessor has decided to terminate the agreement, then what additional troubles may the lessor face in this case? We would like to focus on the need to comply with pretrial settlement procedures. Article 619 of the Civil Code, as well as listing possible material breaches of a lease agreement, also provides for an obligation to notify the lessee in writing that it should remedy breaches in a reasonable time. Only if a breach has not been remedied, the lessee may be contacted again with a proposal to voluntarily terminate the agreement (Article 452.2 of the Civil Code). A response to the second proposal should be given within 30 days, unless a shorter period is contemplated in the agreement. It is only after those two stages are completed that the third stage may be initiated — bringing legal action seeking the termination of the agreement. The Supreme Arbitration Court has confirmed that this procedure indeed goes through three stages, each of which must be strictly followed (Information Letter No. 66 issued by the Presidium of the Supreme Arbitration Court on Jan. 11, 2002). It is clear that with such a procedure there are quite a few cases when a court would deny termination of an agreement on formal grounds because the termination procedure has not been followed.

Therefore, if it is proposed that an agreement is terminated and the security deposit remains with the lessor, it is not recommended to sign the termination agreement. It is more advisable to exchange letters stating that the lessee unilaterally terminates the agreement and requests to accept the premises and the lesser notifies the lessee that this constitutes a breach and collects the security deposit. Naturally, a premise acceptance certificate must be signed by both parties. Furthermore, the language of the lease agreement should not state that unilateral termination is a right of the lessee. It should be clearly specified that this is a breach of contract. The procedure of termination should also be specified in the case of such a breach.

This review of potential breaches and problems is far from exhaustive, but it can demonstrate quite clearly that qualified legal advice is indispensable for those who are going to enter into and perform a lease agreement for commercial real estate.