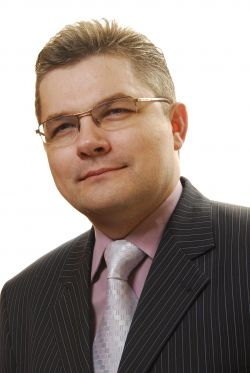 During a tax inspection, any breach of procedure when considering materials can serve as a basis for rendering invalid the inspection’s decision to bring the taxpayer to responsibility.

The provisions set out in Part 1 of the Tax Code of the Russian Federation regulate procedural issues surrounding tax inspections, scrutiny of results and bringing taxpayers to responsibility. In practice, however, the tax authorities often do not follow the letter of the law on procedure. This can be explained by the fact that the law divides procedural breaches into significant and insignificant. Only procedure breaches defined as significant can serve as the basis for canceling a decision by the tax authorities. There are no legal consequences defined for insignificant breaches, and in practice they are normally treated very calmly by the courts, a fact that does not fill employees of the tax authorities with determination to follow procedure exactly.

According to Clause 14, Article 101 of the Tax Code of the Russian Federation, a significant breach of the tax inspection materials scrutiny procedure serves as the basis for a superior tax authority or court to annul the tax authority’s decision about bringing a taxpayer to responsibility for a tax violation. Significant breach conditions provide for the opportunity for the person under inspection to participate in the tax inspection materials scrutiny in person and/or for a representative to provide the possibility to present an explanation on the taxpayer’s behalf.

Until recently, court practice mainly treated as significant breaches cases where the tax authorities did not call taxpayers up for scrutiny of the tax inspection materials, despite the fact that this is prescribed by law. Now, however, court practice has added one more case to the list of significant procedural breaches.

What consequences may such a precedent imply? Above all, taxpayers have received one more basis to render invalid decisions by the tax authorities due to procedural violations. Therefore, taxpayers who face a similar situation and whose valid term of limitation to go to court has not expired — three months from when the supreme tax authority approves the decision — may use this new legal position of the Presidium of the Supreme Arbitration Court. As for the tax authorities, to avoid mass losses of tax disputes on the procedural basis, they will have to plan their work on inspection materials scrutiny and making decisions more attentively. In addition, there is a hope that, as a result of such precedents, the tax authorities will change their general attitude toward the law and will follow the lawfully established procedure more strictly.