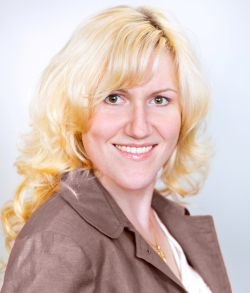 The mandatory pre-court procedure for settlement of tax disputes has been in effect since Jan. 1, 2009. This rule means that taxpayers who disagree with a tax authority’s decision following a tax audit must appeal the decision to a higher tax authority, if they plan to take subsequent court action to defend their rights.

At the time the corresponding amendments were being made to the Russian Tax Code, there were comments in the press that the pre-court appeal of tax authority decisions would be an effective means of protecting taxpayer rights at the pre-court phase — being cheaper, faster and with fewer formalities. At the same time the goal was to decrease the judges’ workload.

Unfortunately, official figures for the number of decisions issued by tax authorities in 2009-10 are not available, and neither are figures for the number of appeals filed by taxpayers and satisfied by higher tax authorities. Nevertheless, according to the figures cited in an interview with RIA-Novosti in 2009 by the then-head of the Federal Tax Service, Mikhail Mokretsov, higher tax authorities had granted about 40 percent of appeals in full or in part without further court action. This raises the question of whether the goals of this innovation have been achieved.

Let us consider the issue of the cost of this means of defending the taxpayer’s rights. Is it, in fact, cheap? If a taxpayer wins its case in court, it can recover legal costs from the tax authority. Although at present judicial practice does not allow taxpayers to take full advantage of this remedy, a trend in favor of taxpayers is beginning to emerge. Courts are taking a more reasonable approach to appraising recoverable legal fees, and the amounts awarded are not as insignificant as they used to be.

The preparation of an appeal does not differ materially from preparing a claim for court, either by scope of argumentation, or by the quantity of documents that need to be analyzed in order to build a solid defence. Taxpayers also need qualified legal assistance to achieve this. The difference is that, as recently established by the High Arbitration Court, the legal fees spent on an appeal cannot be recovered even if the appeal is granted by the higher tax authority.

Mokretsov’s statistics may be correct, but regarding serious tax assessments of companies we have not seen many of the appeals granted. Hence, it may well be the case that the impressive 40 percent number mainly relates to small individual tax assessments. If so, nothing has really changed as such disputes almost never made it to court in the past as well. Regarding companies, however, the tax authorities’ decisions still go to the courts. The difference is that now the taxpayers’ money is also used to employ tax officials to consider their appeals during the interim administrative appeal phase.

The Supreme Arbitration Court web site claims that the number of challenges to the legal acts of the tax authorities heard by the arbitration courts in the first half of 2010 decreased by 14.4 percent compared with the same number for the first half of 2009. While at first glance this suggests that the appeals reform did indeed succeed, we think there is another factor at work, if one considers what kind of decisions made it into the courtroom at the beginning of 2010. In 2009, to a much greater degree than before, the tax authorities exerted every effort to ensure that the financial crisis did not adversely affect the state treasury, by focusing on the largest (and richest) companies — thus running fewer but higher-scale tax audits. It is no wonder that the number of tax litigations decreased; but there is no evidence that this decrease has been caused by the administrative appeals.

out in the cold

Gazprom Could Cut Gas to Moldova if Contract Not Signed

Namibia Halts Use of Sputnik Jabs After S.African HIV Fears

Sputnik V's developer has said it would produce information to show that South Africa's concerns were "completely unfounded."
SHOOT THE MESSENGER

Sergei Savelyev, a Belarus national, smuggled shocking footage of abuse out of a jail in the central city of Saratov.
GRIM RECORDS

Russia on Saturday reported another record high number of both new coronavirus cases and deaths.