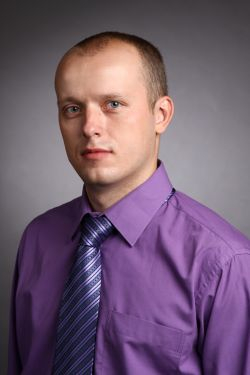 On Sept.1, 2010, Federal Law No.61-FZ on the circulation of drugs dated April 12, 2010, (hereinafter the “law on drugs”) came into effect. This law has been the subject of much heated discussion among players on the pharmaceuticals market, state officials of all levels, the medical community elite, lawyers and others. It is notable that by the second reading of the bill, more than 300 amendments were proposed to the State Duma, of which only 45 were approved. The adopted law is in essence a new phase of legal regulation of pharmaceuticals and medicine in Russia.

From the point of view of legislators, the new law is destined to revitalize the pharmaceutical market, dispose of corruption and change the system of registration and sale of drugs.

The law on drugs coming into effect has several benefits, as it to some degree resolves certain lingering legislative problems. The new law provides a detailed description of all the requirements for the state registration of drugs and the actual registration procedure. Furthermore, applicants will gain access through the Internet to information on the progress of the examination of applications. The new regulation system should be a serious step forward compared with the present drug registration system, under which the process took years and the regulators at times were not liable for their own errors. Furthermore, several definitions that were absent earlier have now been introduced; the powers of experts have been detailed as concerns conducting expert examinations on the quality of drugs, ethical examinations and so on.

A noteworthy point that was announced as an achievement of the new law concerns the time periods for registration of the new drugs. “The registration procedure is strictly regulated in steps and time frames. The longest period for registration of new drugs is 210 days. Formerly, this period used to be 1 1/2 years or more,” said Tatyana Golikova, head of the Health and Social Development Ministry. At the same time, it should be taken into account that these are 210 business days, or approximately 10 months. Furthermore, this period does not include the period of clinical trials, which can span several weeks or more. Therefore it appears somewhat disputable as to whether the new legal norms will indeed cut back on the registration time frames.

An important positive aspect is that the new law on drugs, as compared with the old one, has substantially improved the federal level of legal regulation of clinical trials. A whole new chapter of the new law is dedicated to this aspect of medical scientific activity that is so vitally important for pharmaceutical companies, especially for those introducing new drugs to the market.

Thanks to the changes made, there are now clear answers to questions that in the past have been disputable, such as the possibility of conducting clinical trials on minors with no parents — the previous wording had weak correlation with the Family Code and left open the question of performing clinical trials on orphans who had been adopted or had guardians, and the explanations of the Federal Health and Social Development Inspection Service on this issue were inconsistent and unconvincing.

Also notable is the mandatory life and health insurance for patients participating in clinical trials. Another resolved issue concerns the acceptable composition of participants of an agreement on holding clinical trials and the obligation to pay for the researchers’ work, which was vague before and was the subject of discussion among practicing lawyers. But at the same time, there are some critical remarks about the new regulation of clinical trials. In particular it was noted that Russian legislation on clinical trials is not in line with international rules, does not correspond to international principles of patient care and does not eliminate administrative barriers, as well as other criticisms.

Certain obvious shortcomings of the law on drugs also come to light. The law does not contain mention of the so-called “orphan” drugs that are used to treat rare diseases and which are not produced in Russia, and hence patients ill with a rare disease have a very low chance of receiving the needed treatment. One package of such a drug can have a higher price than a year’s worth of all other drugs for an entire hospital, while statistics say there are as many as 5 million patients in Russia who are ill with rare diseases.

Therefore, it would be improper to state that the adopted law — as well as other legal acts regulating the circulation of drugs and medical goods adopted in the last year and a half — is absolutely flawless and that all the legal issues of the industry are resolved. Many problems tied directly to the pharmaceuticals industry, as well as to the regulation of contiguous types of business, such as sale of diagnostic equipment, servicing of medical devices and the drug store business, remain open-ended, while the new federal law taking effect will inevitably give way to new questions.

Market participants will need to get accustomed to the new registration procedure for drugs and their retail prices, new rules for expert examinations and a clarified procedure for selling drugs, as well as other changes. Yet it is not clear at this point what path the courts will take when resolving disputable issues and what position the leading state bodies such as the Federal Anti-Monopoly Service, the Federal Health and Social Development Inspection Service and others will take when implementing decisions directly influencing the industry.