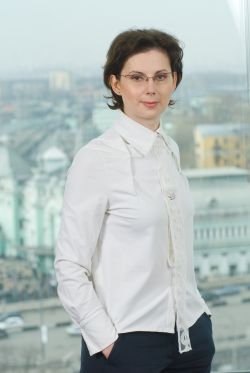 In May 2010, the Russian State Council Presidium discussed reforming government regulation of environmental protection. Following the meeting, President Dmitry Medvedev approved a set of instructions for the government, which included drafting proposals on mandatory non-financial reporting for state corporations, subject to independent audit or assurance.

The issue of state corporations’ transparency has been one of the most interesting challenges of the last several years. Various stakeholder groups have come forward with different initiatives in the area.

However, to date, public reporting by institutions from this very specific sector has not been comprehensive. It was only in 2009 that state corporation Rosatom decided to prepare an integrated annual report that included sustainability performance indicators in accordance with General Reporting Initiative (GRI) guidelines.

Preparing integrated reports is not the most common practice, and as a consequence, institutions issuing such documents face many challenges. What is the ratio of financial data to non-financial data? How do you make the disclosed information readily understandable to a potentially broad audience? How do you strike a balance between full information disclosure and optimal report size? Nevertheless, the number of integrated reports issued over the last two years has grown significantly. In the future, Rosatom may not only be the first Russian state corporation to publish a non-financial report, but a paragon of integrated report preparation.

Although the president’s instructions directly concern only state corporations, the measures are still an important step toward raising the importance of non-financial reporting in general and in recognizing its necessity on the government level.

Non-financial reporting was first initiated in response to pressure from non-governmental organizations, which would assert, often aggressively, that many companies do business without due accountability for the environment to the public. NGOs are now becoming more cynical about these reports, while investors, on the contrary, have come to the conclusion that non-financial reports are, or could be, a valuable source of information on, for example, a company’s commercial, environmental and social risks that are not disclosed in financial statements. Standard & Poor’s does a good job of assessing a company’s sustainability reporting process in its annual information transparency survey — “Transparency and Disclosure by Russian Companies 2009”: “The gap between the highest scoring companies and the lowest scoring companies is widening.” What is more, Standard & Poor’s analysts see a direct correlation between a company’s transparency and its capitalization. In the current environment, the main question is not “Who is publishing corporate responsibility reports?” but “Who is not publishing corporate responsibility reports yet?” Non-financial reporting is one of stakeholders’ main expectations of companies. Since more than 80 percent of the world’s 250 largest companies publish corporate social responsibility reports, it is expected that this trend will continue to spread across countries and industries in the coming years. However, merely preparing a non-financial report is not enough; the report should also be of high quality. Reporting institutions can help themselves significantly by turning to best practices.

In general, reports adhering to best practices must include the following:

As for Russia, according to data from the Russian Union of Industrialists and Entrepreneurs, as of June 8, 2010, since 2000, 207 reports issued by 78 companies have been entered into the National Register of Corporate Non-financial Reports. The companies in the register belong primarily to the following industries:

In 2010, 246 reports were registered on the GRI web site. These figures certainly demonstrate that a culture of disclosing non-financial information in Russia is still developing. Unfortunately, even the best Russian reports are inferior to those issued by foreign companies.

One problem is that Russian companies prefer to report that “Life is good” rather than to present shortcomings in a constructive way. However, anything negative can be cast in a constructive light, which is certainly better than concealing it. It is important to understand that high-quality non-financial reporting may become both a way to inform stakeholders about a company’s activity and an important self-evaluation tool. By collecting information and conducting a dialogue with stakeholders, a company may see areas for improvement in its activities, including corporate governance, organization of community programs, HR management, and so on. The first step to resolving problems is being aware of them.

This is why it is very important that companies that have decided to prepare a non-financial report should strive not merely to issue a kind of promotional material, but to really elaborate on the issues connected with corporate responsibility. Companies will prepare high-quality reports only once they have recognized this fact.

It is also important that Russian companies, including state corporations, do not treat non-financial reporting as a burden or an obligation, but as a profitable opportunity, both for the company itself and for its stakeholders. This can be achieved by approaching the preparation process responsibly from the start.