Each year on Jan. 19, Russians celebrate the holiday of the Epiphany, which commemorates the baptism of Jesus in the River Jordan, by dipping into frigid rivers, ponds and lakes across the country.

According to tradition, one must dip below the water's surface three times to symbolize the Holy Trinity.

The Kremlin said Thursday that Russian President Vladimir Putin took part in the yearly tradition — but did not release photos or videos of his icy dip as it has done in the past.

Here's a look at some of the Russians who braved the cold this year: 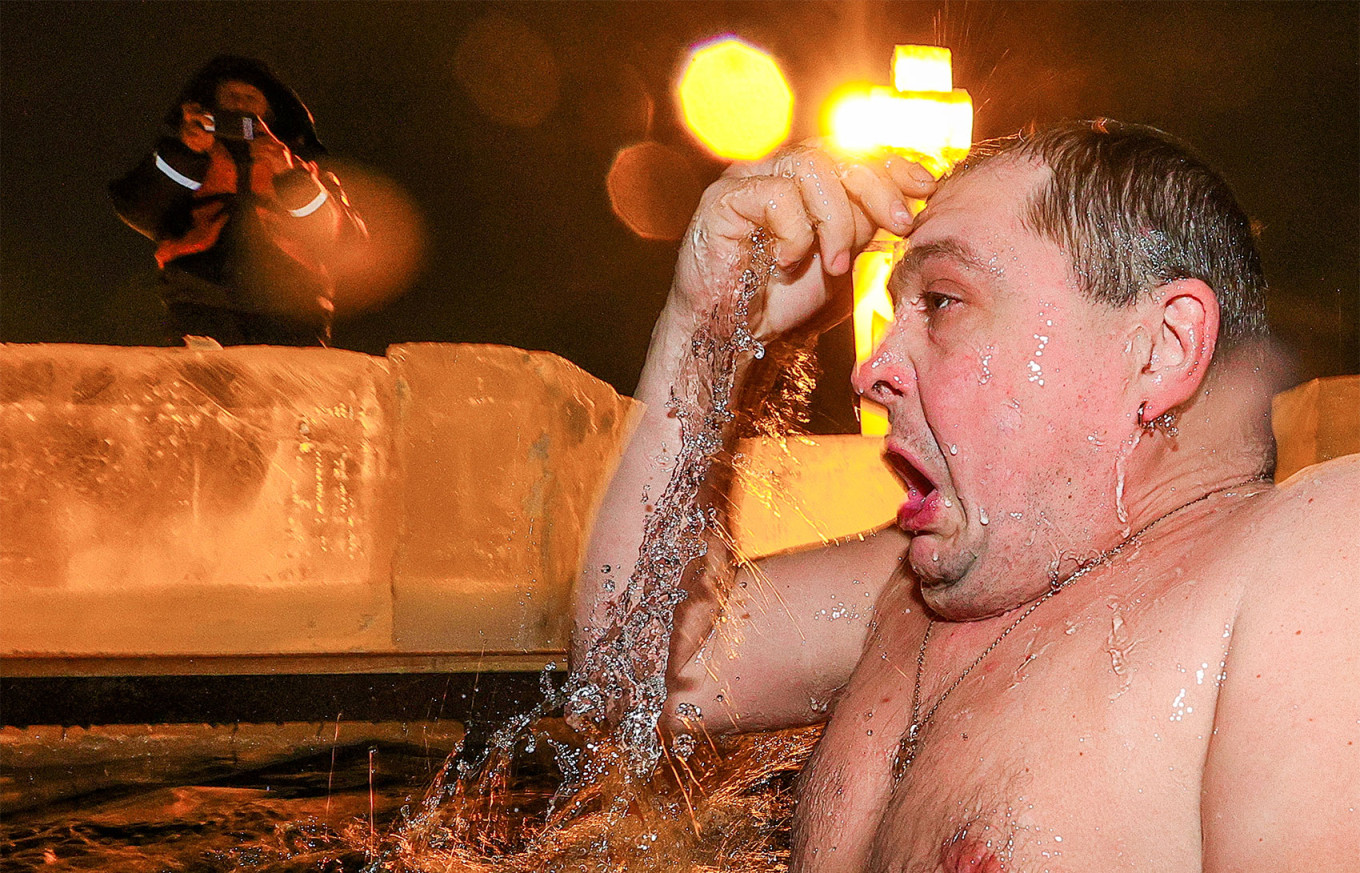 An Orthodox believer takes a dip in the icy waters of the Volga River to mark Epiphany with an air temperature of minus 3 degrees Celsius. The Russian Orthodox Church celebrates the holiday according to the Julian calendar.
Vladimir Smirnov / TASS 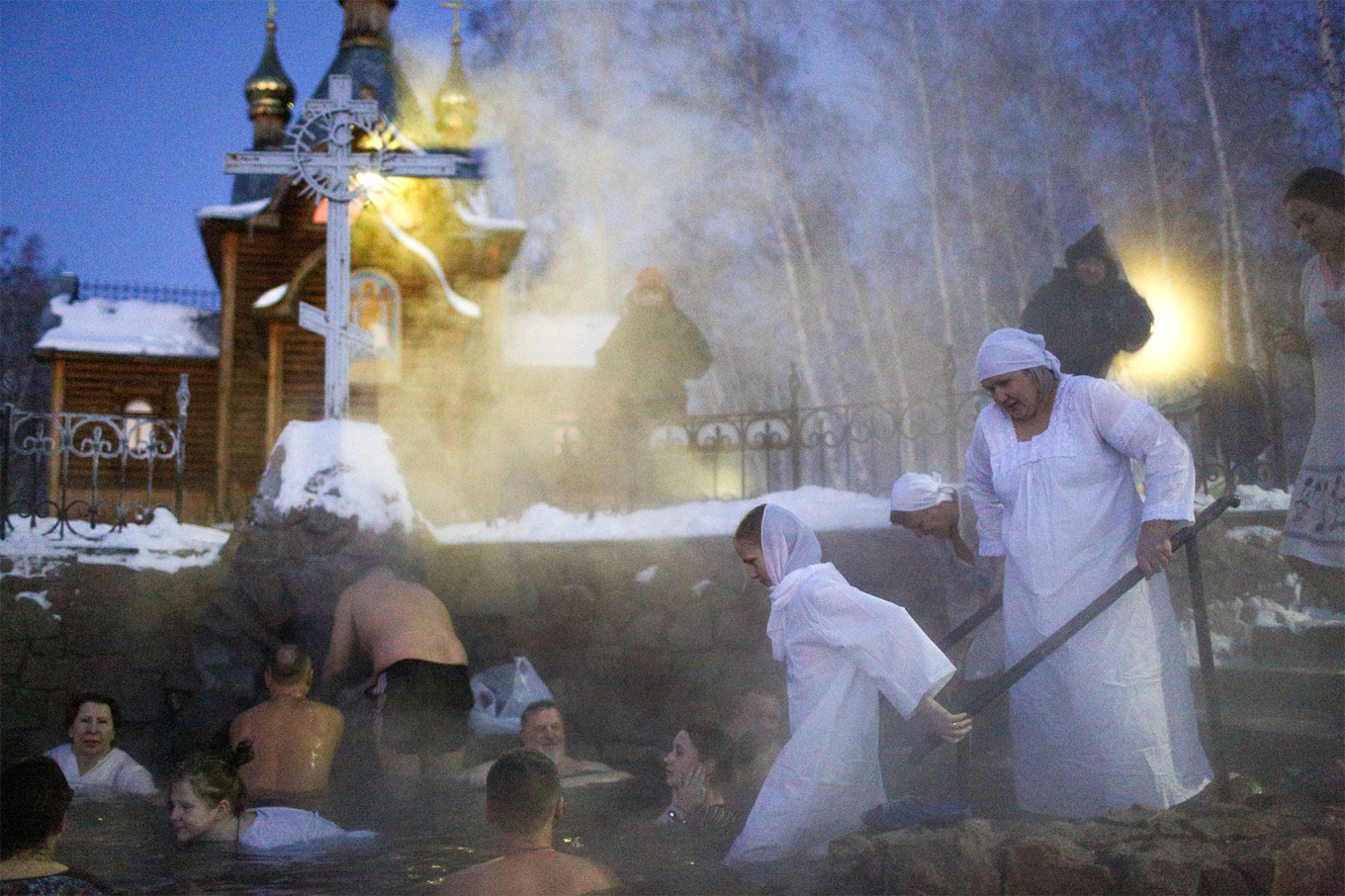 Orthodox believers take a dip in a warm spring at the Achair Life-Giving Cross Convent in the village of Naberezhny, 50 kilometers southeast of Omsk, at a temperature of minus 14 C.
Yevgeny Sofiychuk / TASS 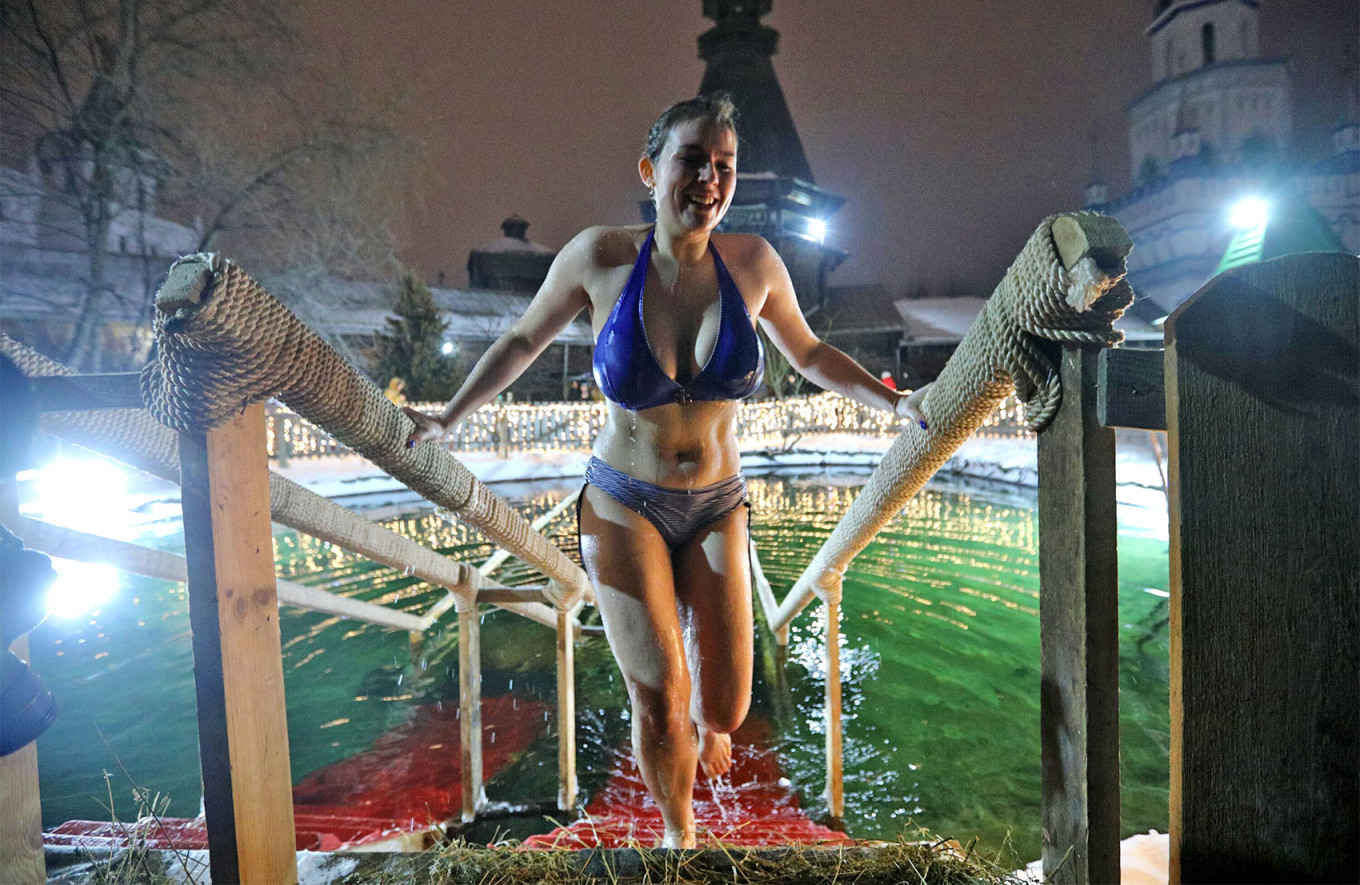 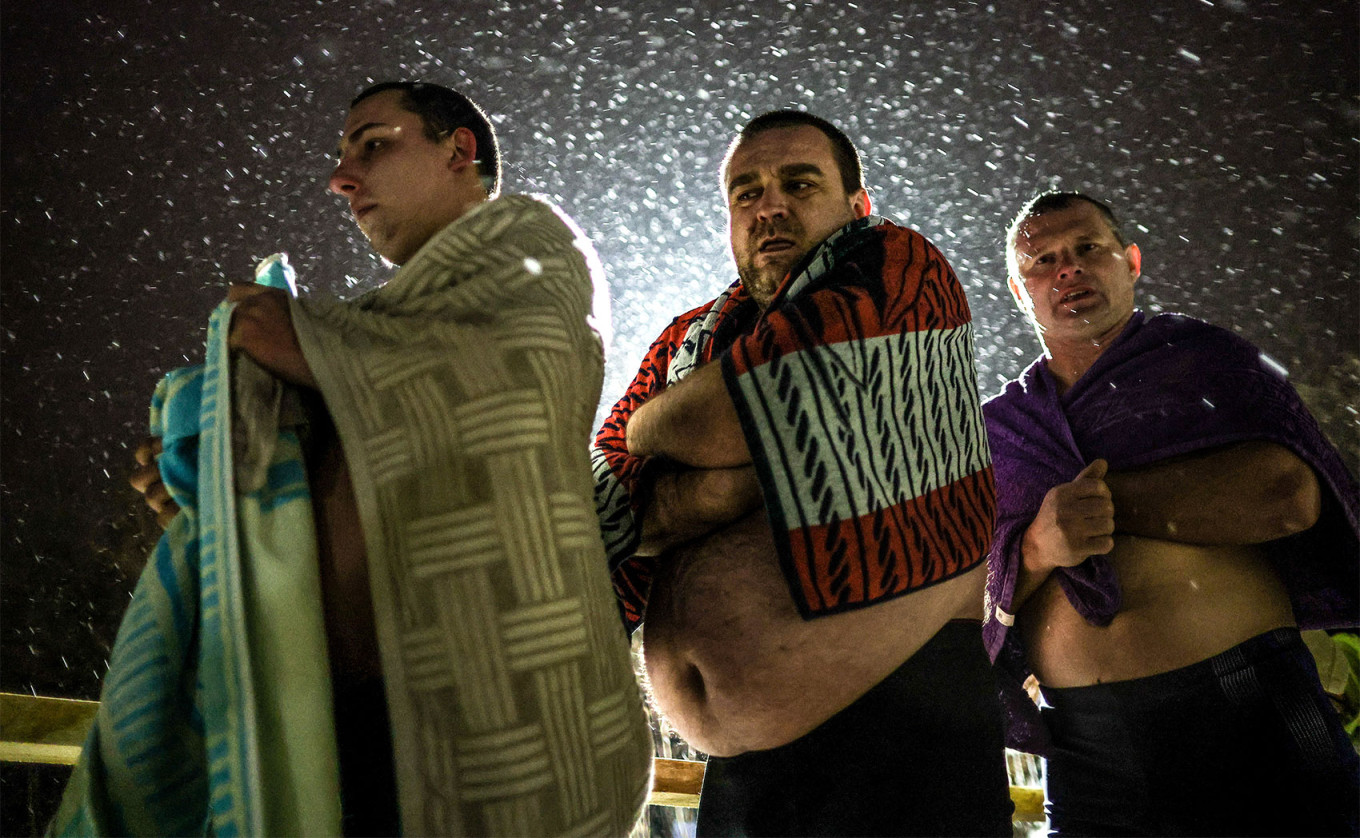 Orthodox believers warm themselves before taking a dip in the icy waters next to the Church of the Nativity of the Theotokos with the air temperature at 2 C.
Sergei Bobylev / TASS 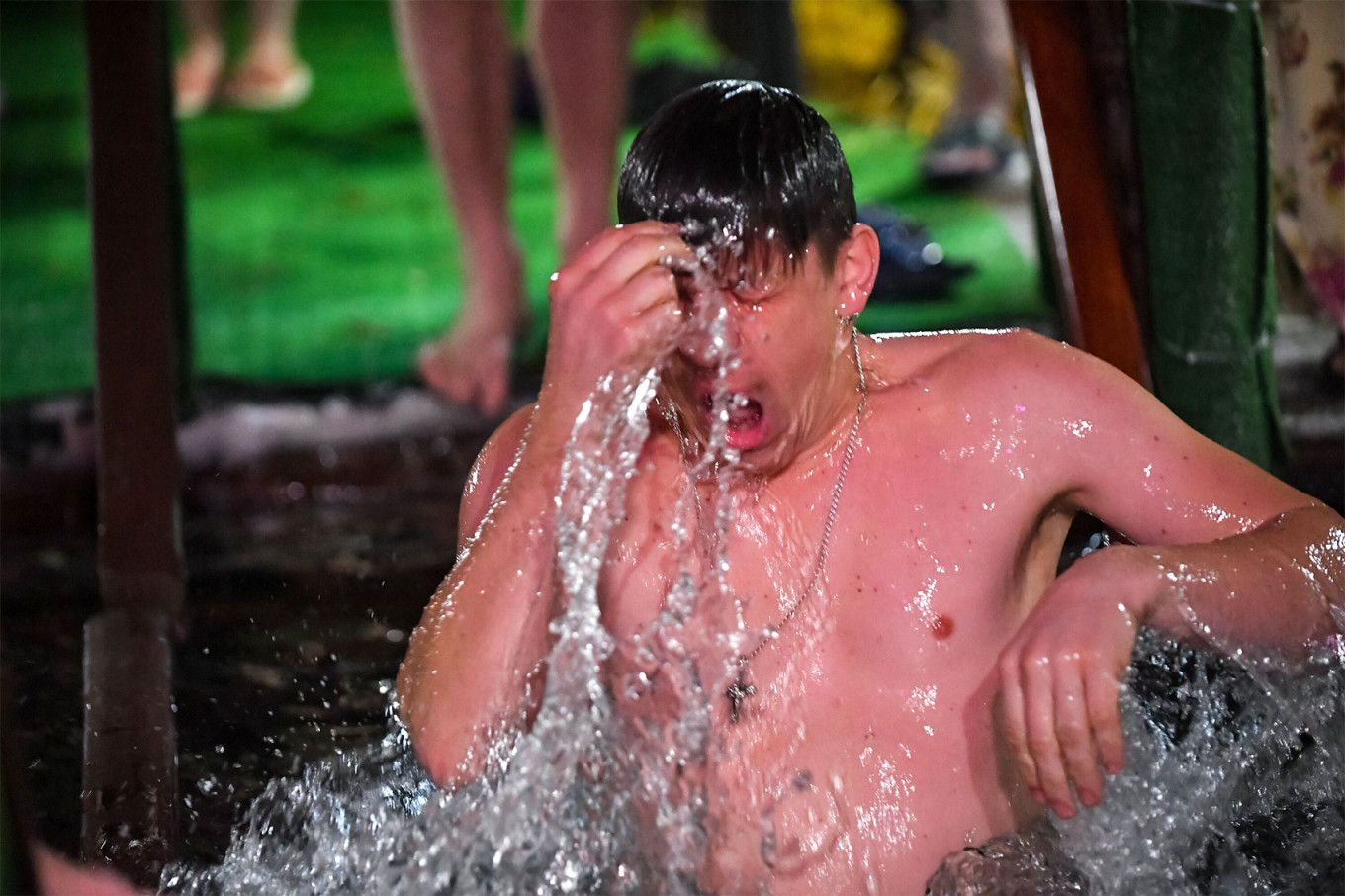 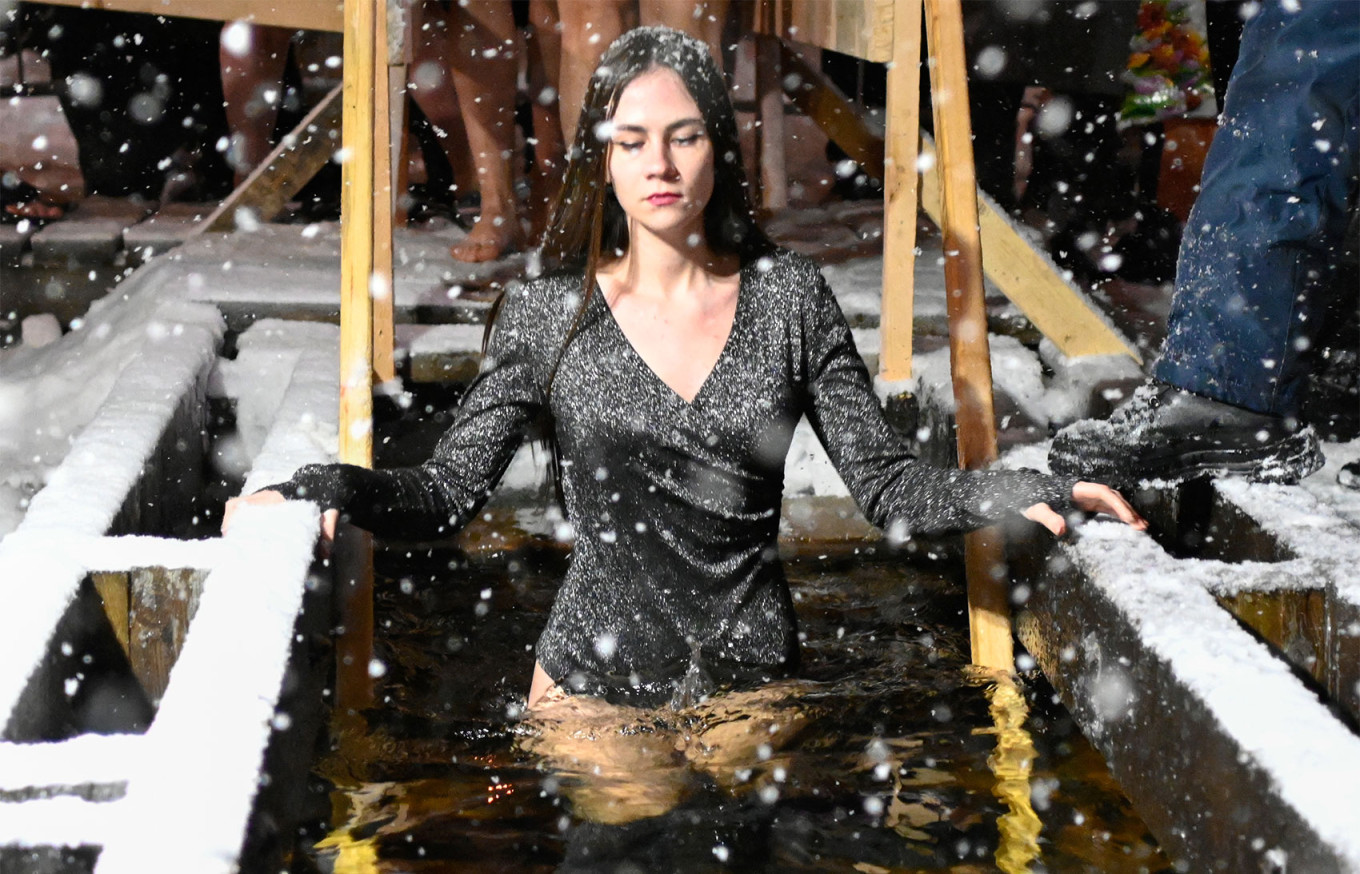 An Orthodox believer takes a dip in Lake Semyonovskoye, with an air temperature of minus 7 C.
Lev Fedoseyev / TASS 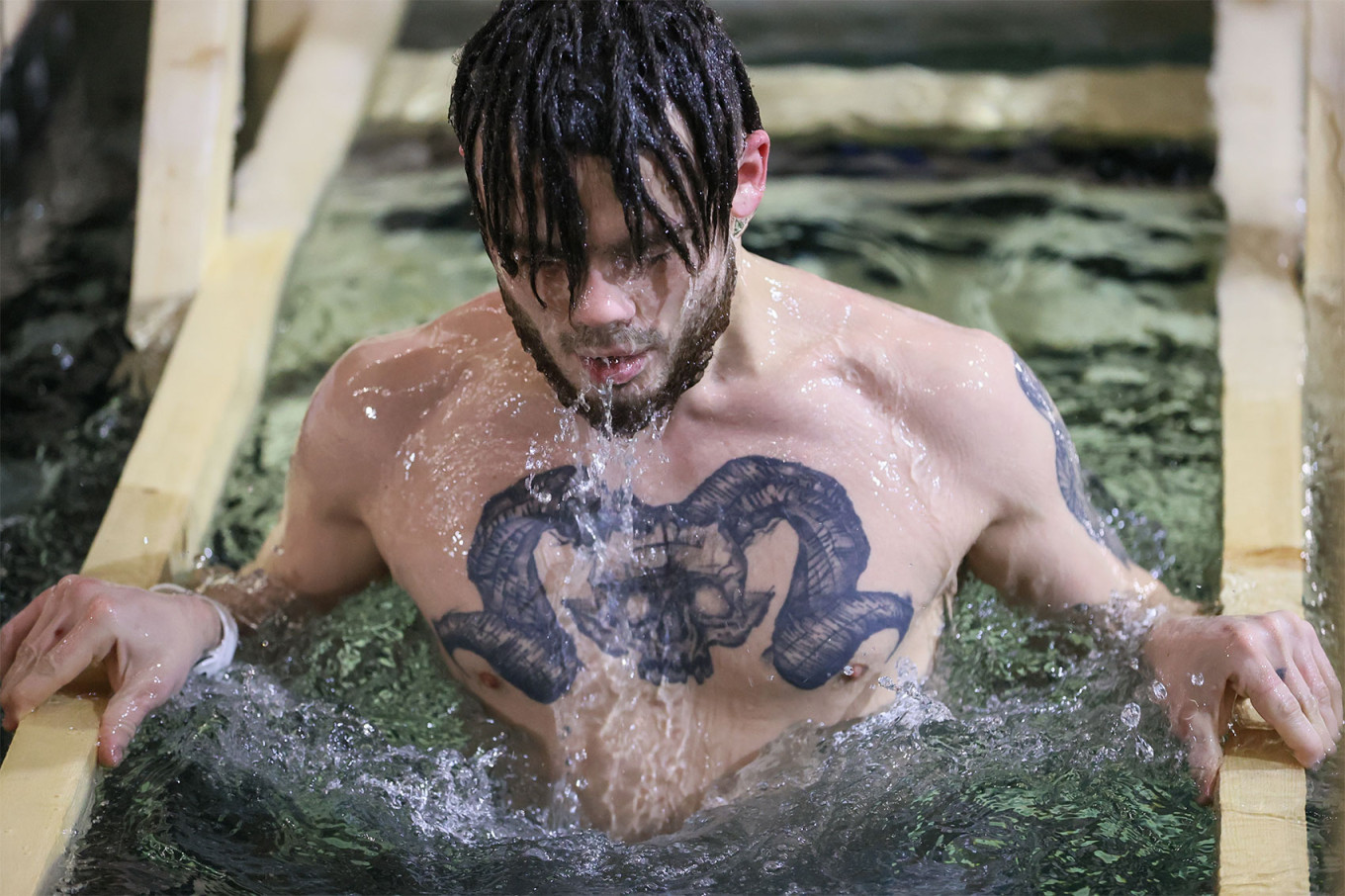 A man takes an icy dip in the Amur Bay during Orthodox Epiphany celebrations at a temperature of minus 10 C.
Yuri Smityuk / TASS 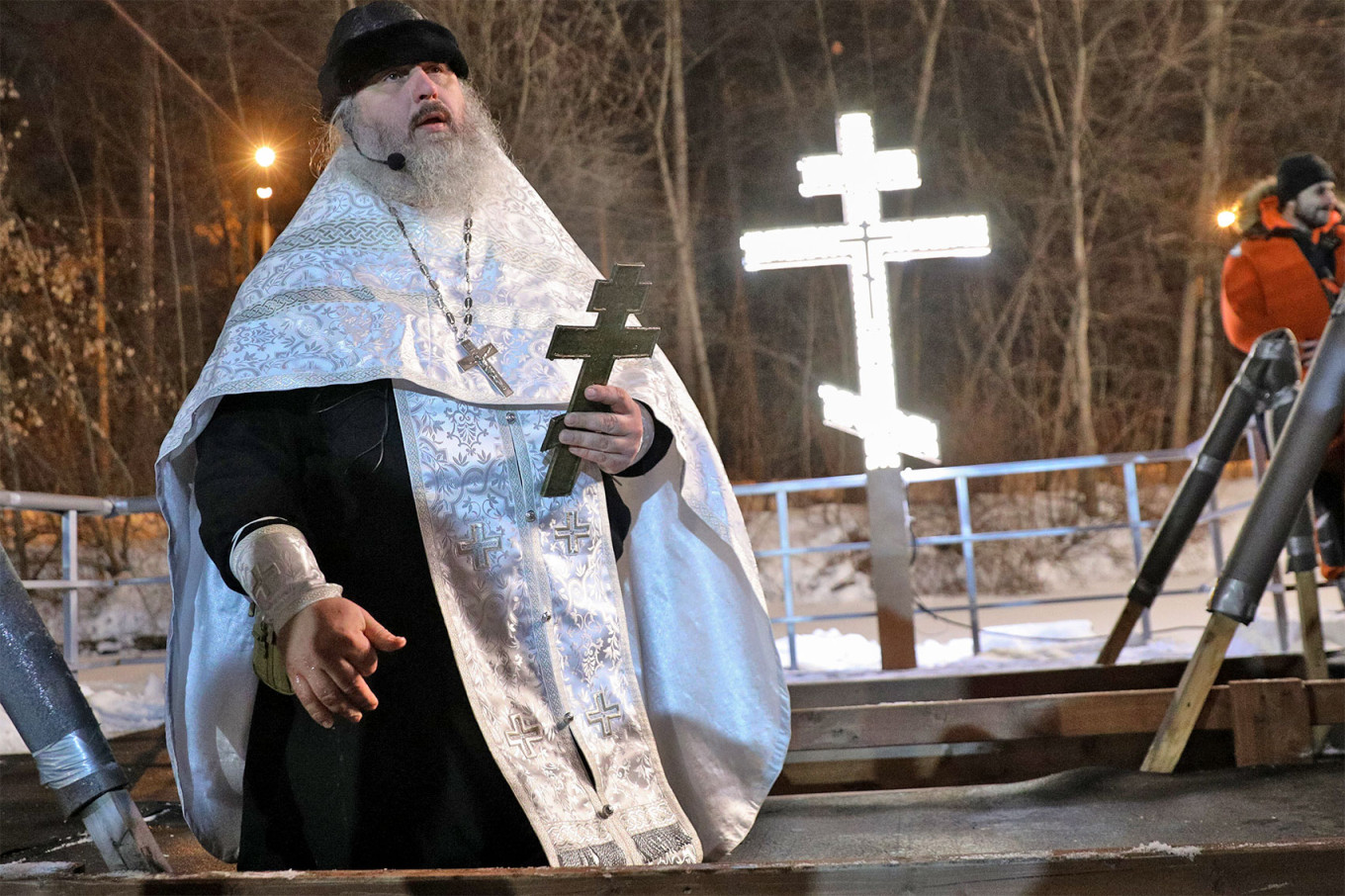 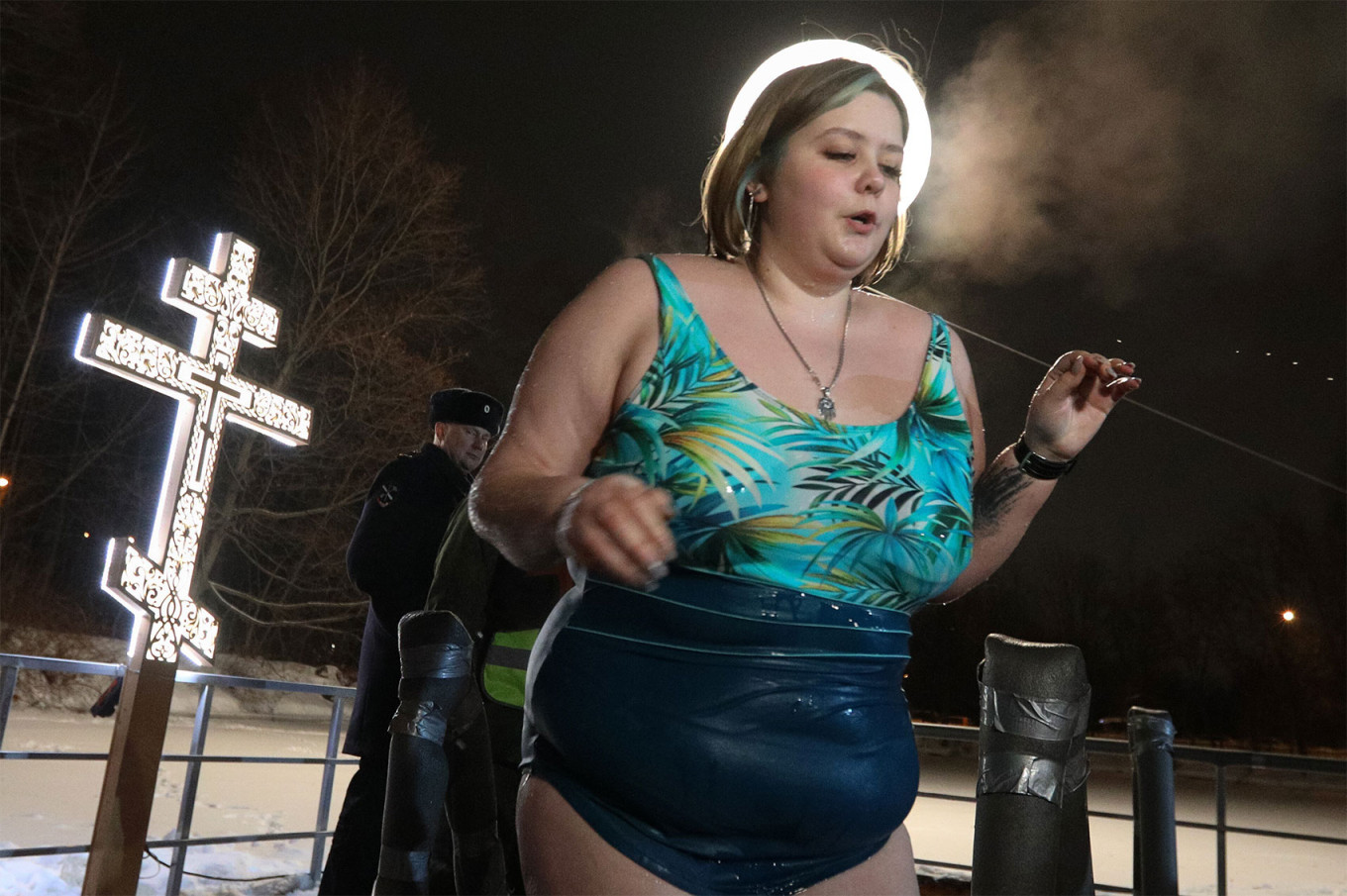 Getting ready to take a dip at the pond in Moscow's Sokolniki Park.
Kirill Zykov / Moskva News Agency 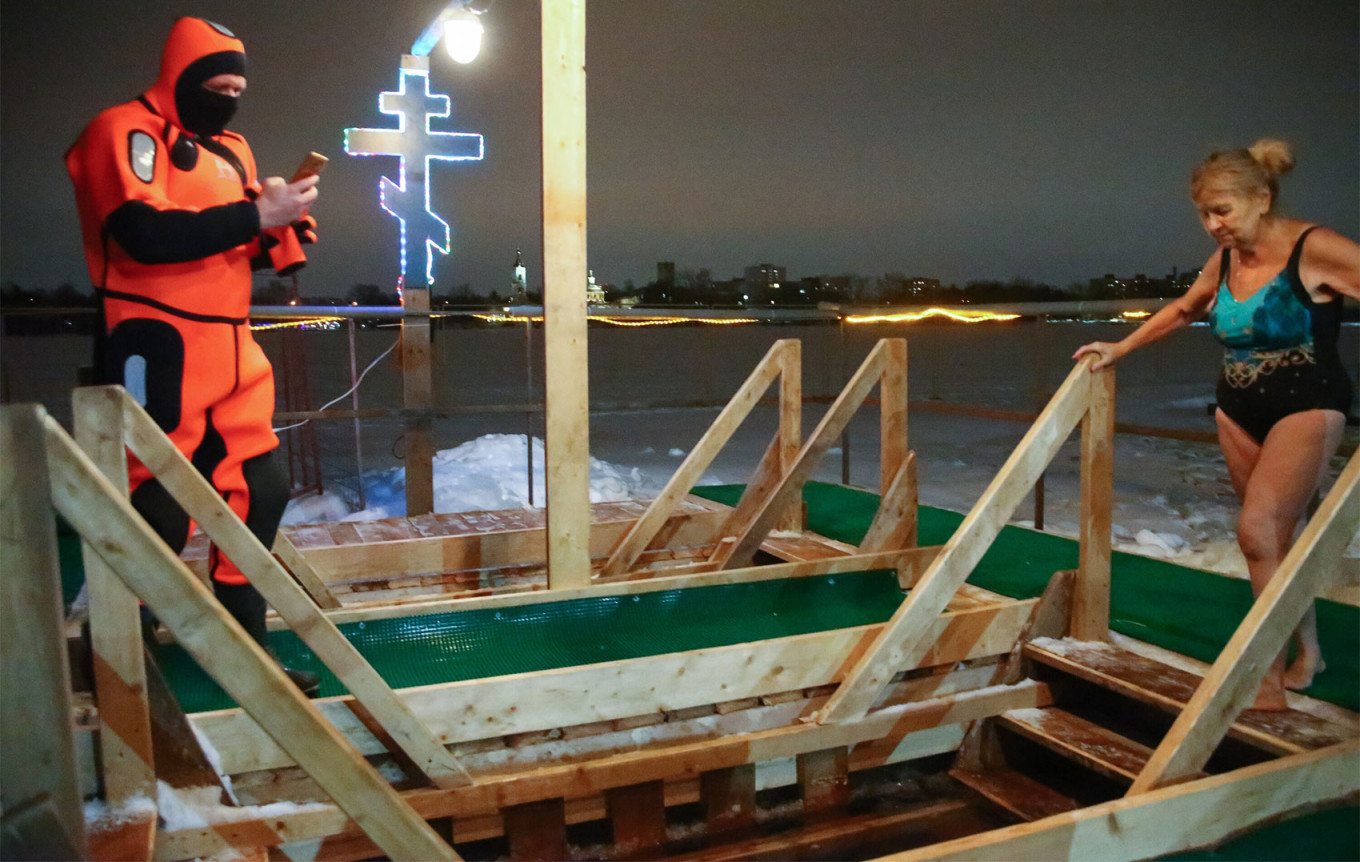 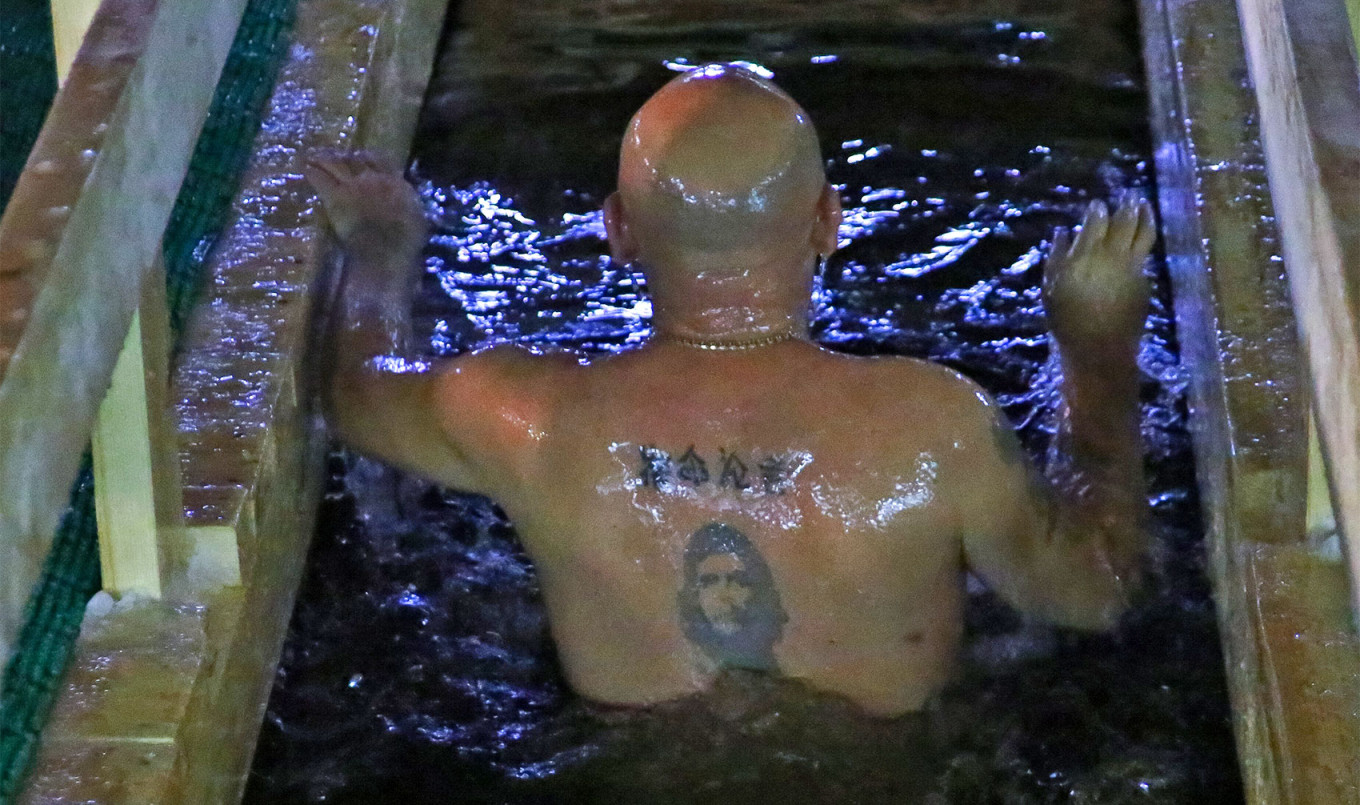 With a pre-war...
collective sympathy