The Russian missile strike on a residential apartment building in the Ukrainian city of Dnipro last weekend killed at least 45 people — including six children — and left another 20 people missing, making it one of the deadliest attacks since Russia's invasion of its neighbor began almost a year ago.

With any form of dissent or protest effectively outlawed in Russia since a series of draconian new laws were introduced last year, individual Russian citizens in multiple cities across the country have responded to the tragedy by placing flowers, candles, and other tokens of their sorrow at memorials to well-known Ukrainian cultural figures as a way to honor the dead.

In response, Russian law enforcement has made several arrests, removed any tributes to the dead, and in some cases even stationed officers to stand watch over Ukraine-linked monuments in a bid to deter any further public displays of sympathy. 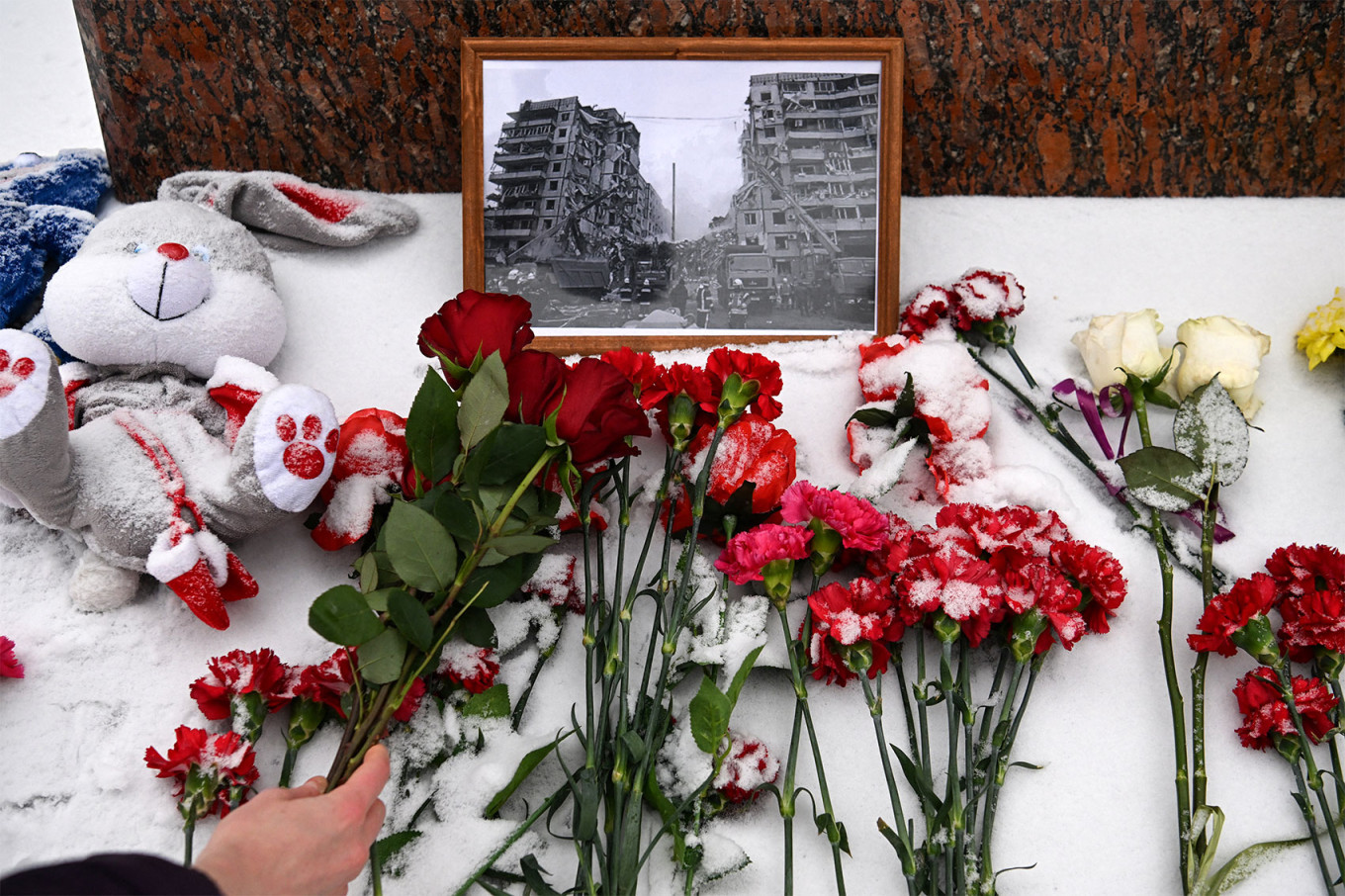 Flowers and a children's toy are left in memory of those killed in Dnipro at the Moscow monument to the Ukrainian poet Lesya Ukrainka.
AFP 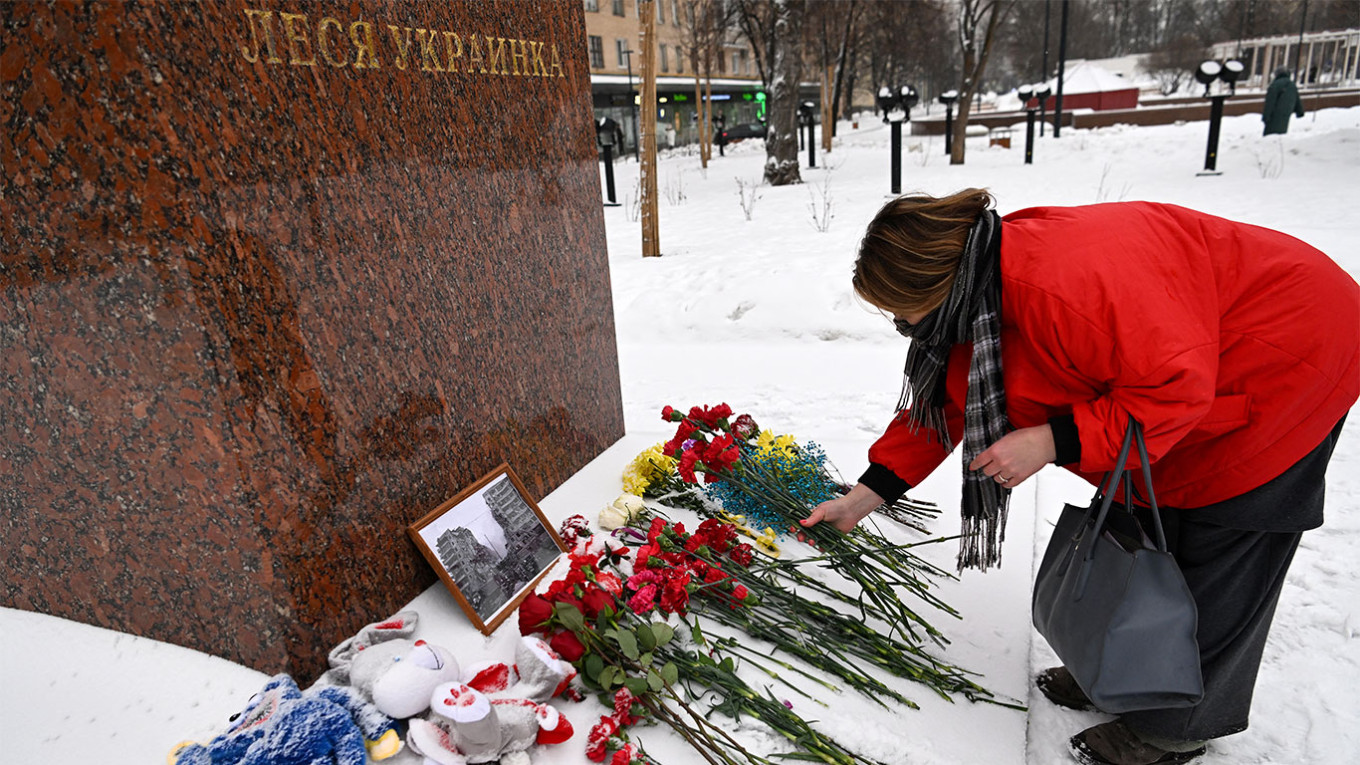 A woman adds a bunch of flowers to those already left by Muscovites mourning the dead in Dnipro at the feet of the Lesya Ukrainka monument n Moscow.
AFP 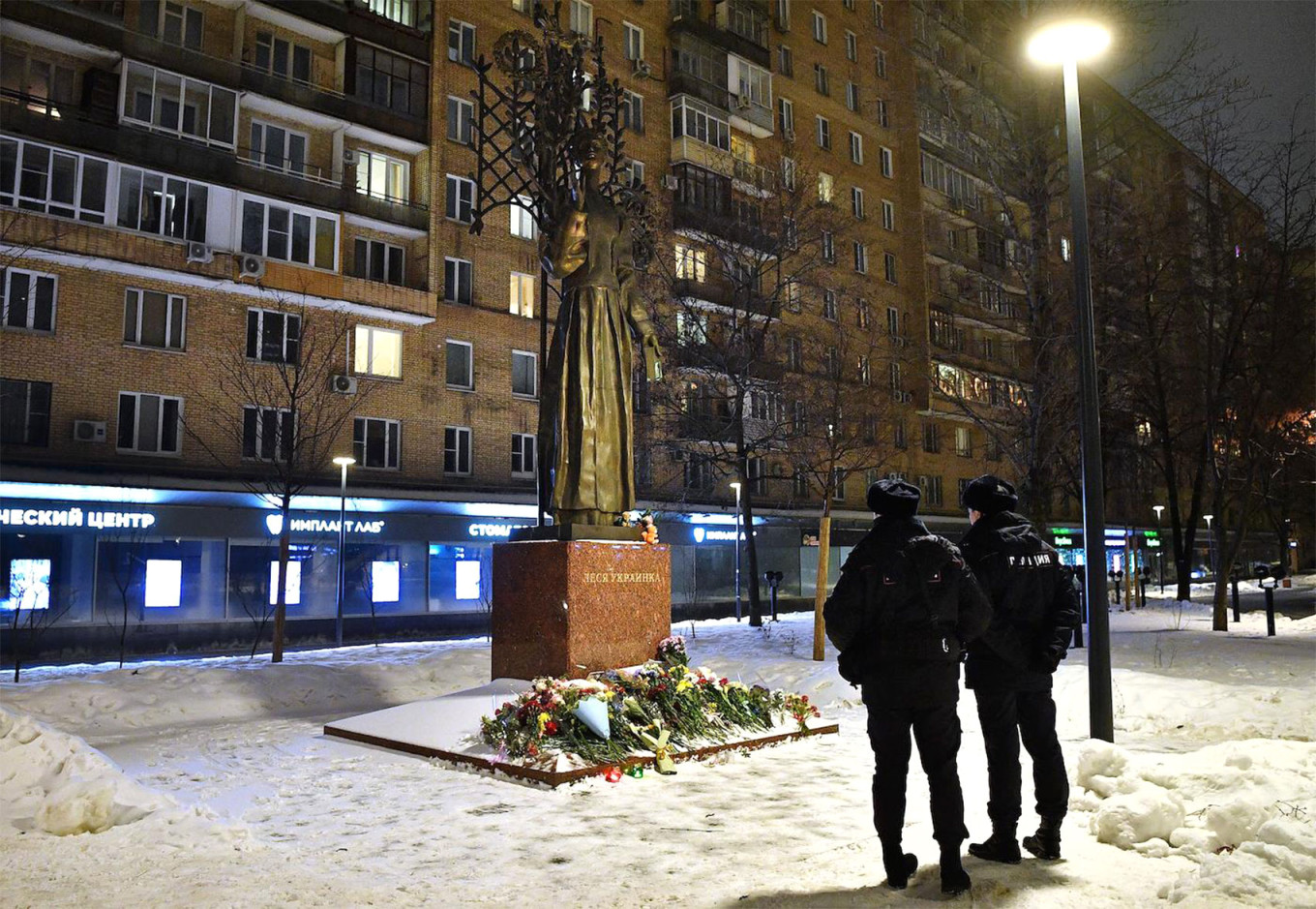 In an attempt to intimidate Muscovites planning to add their own tributes, Police officers stand on duty by the monument to Lesya Ukrainka on Moscow's Ukrainsky Boulevard.
Igor Ivanko / Kommersant 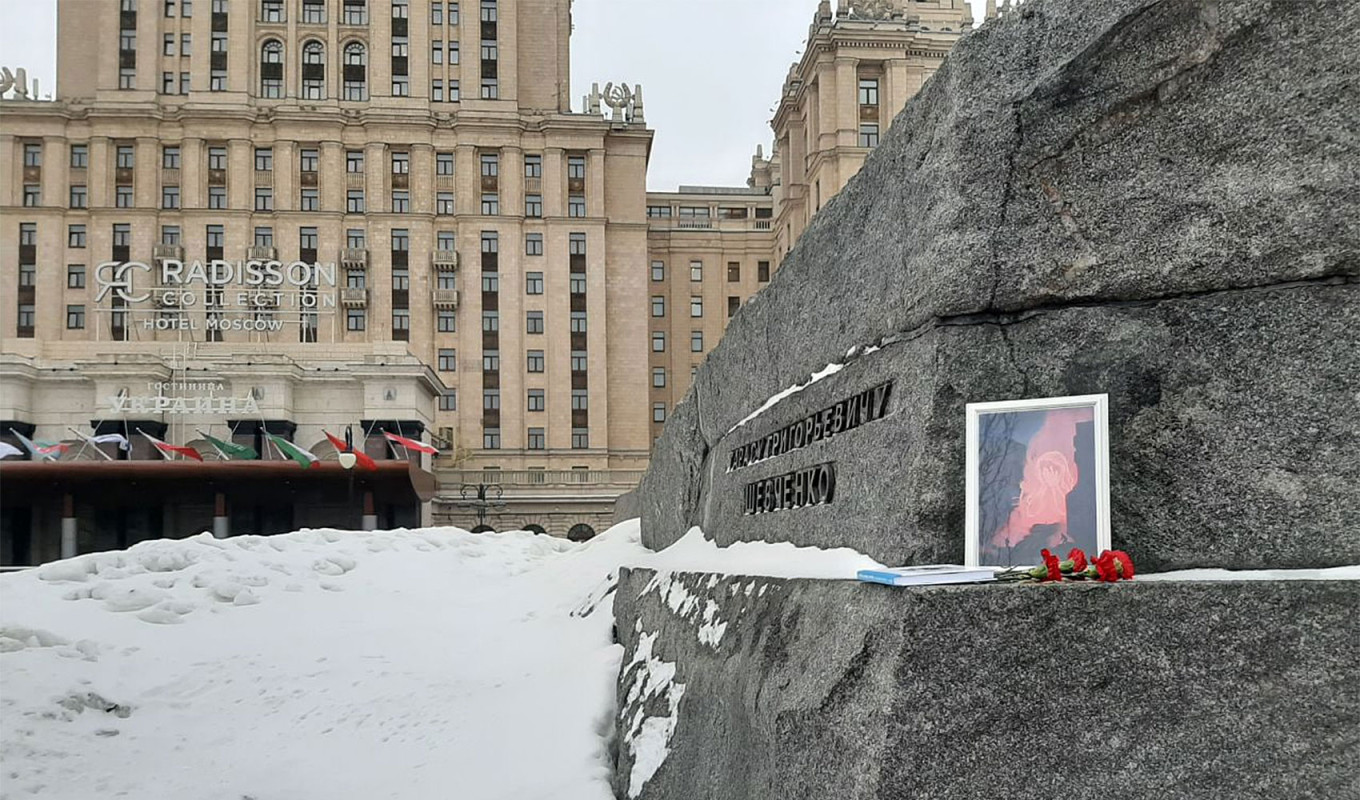 Several small tributes have been left on the monument to Ukrainian national poet Taras Shevchenko in front of the Ukraine Hotel in Moscow.
t.me/femagainstwar 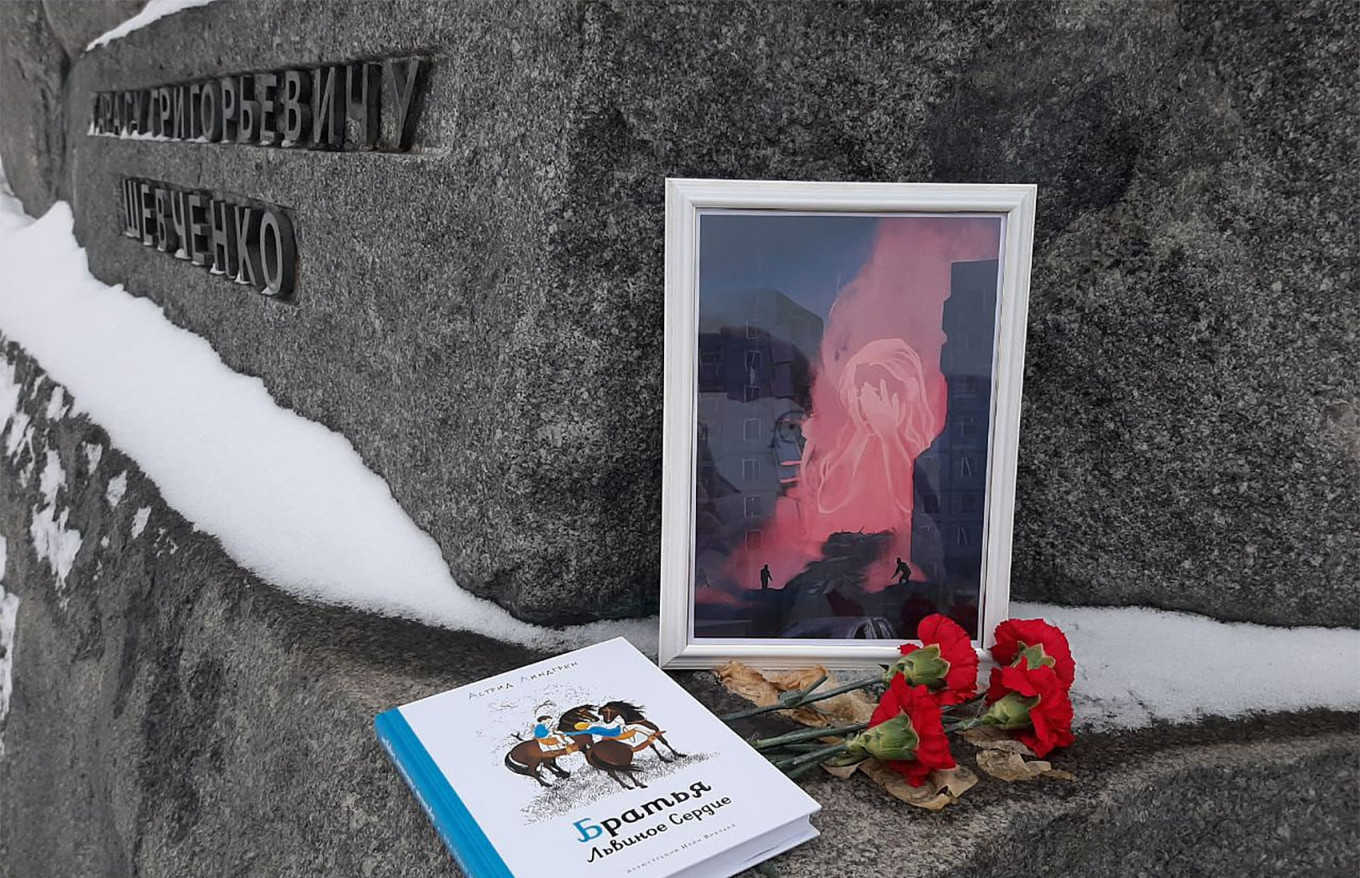 Monument to Taras Shevchenko in front of the Ukraine Hotel in Moscow.
t.me/femagainstwar 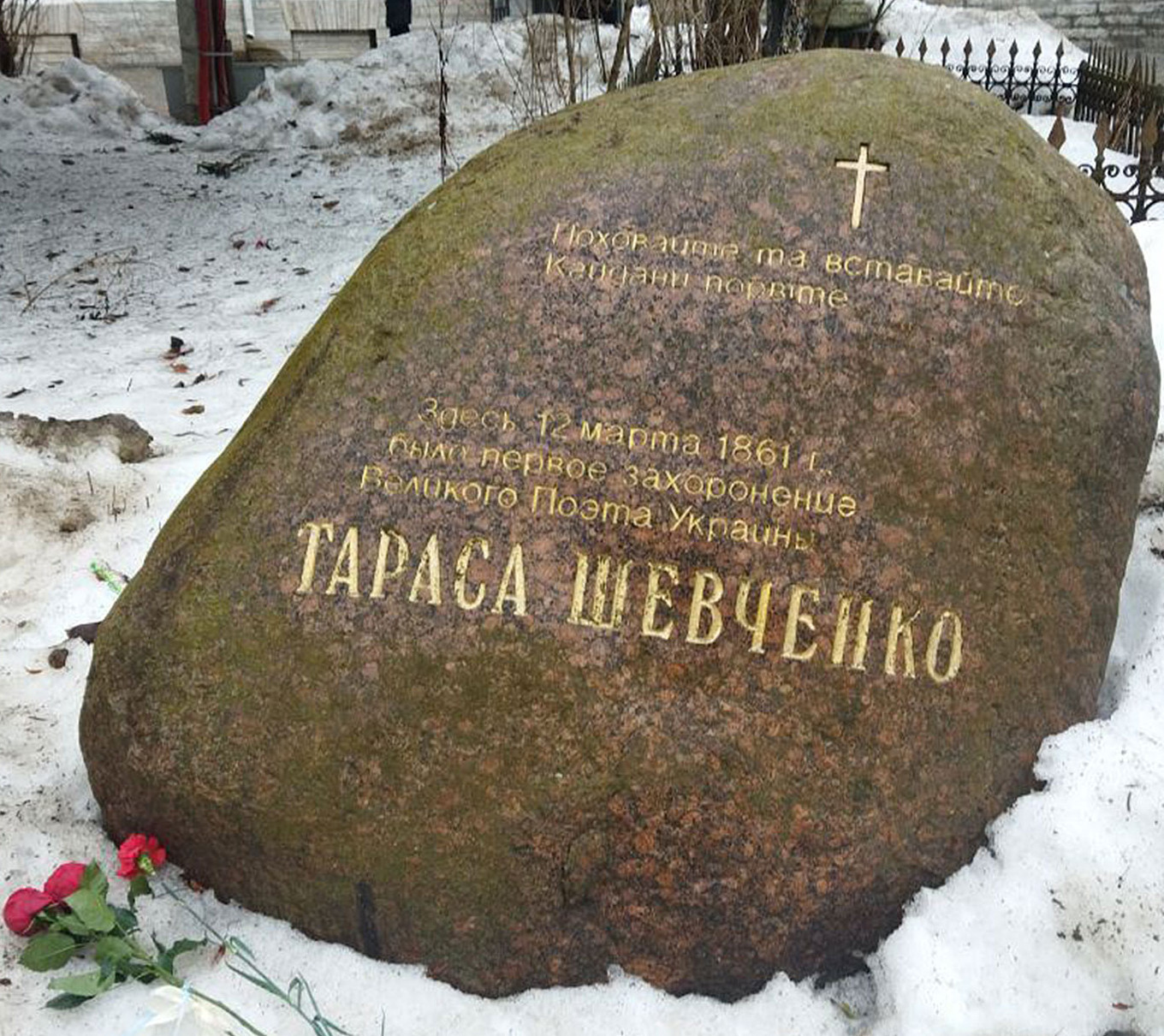 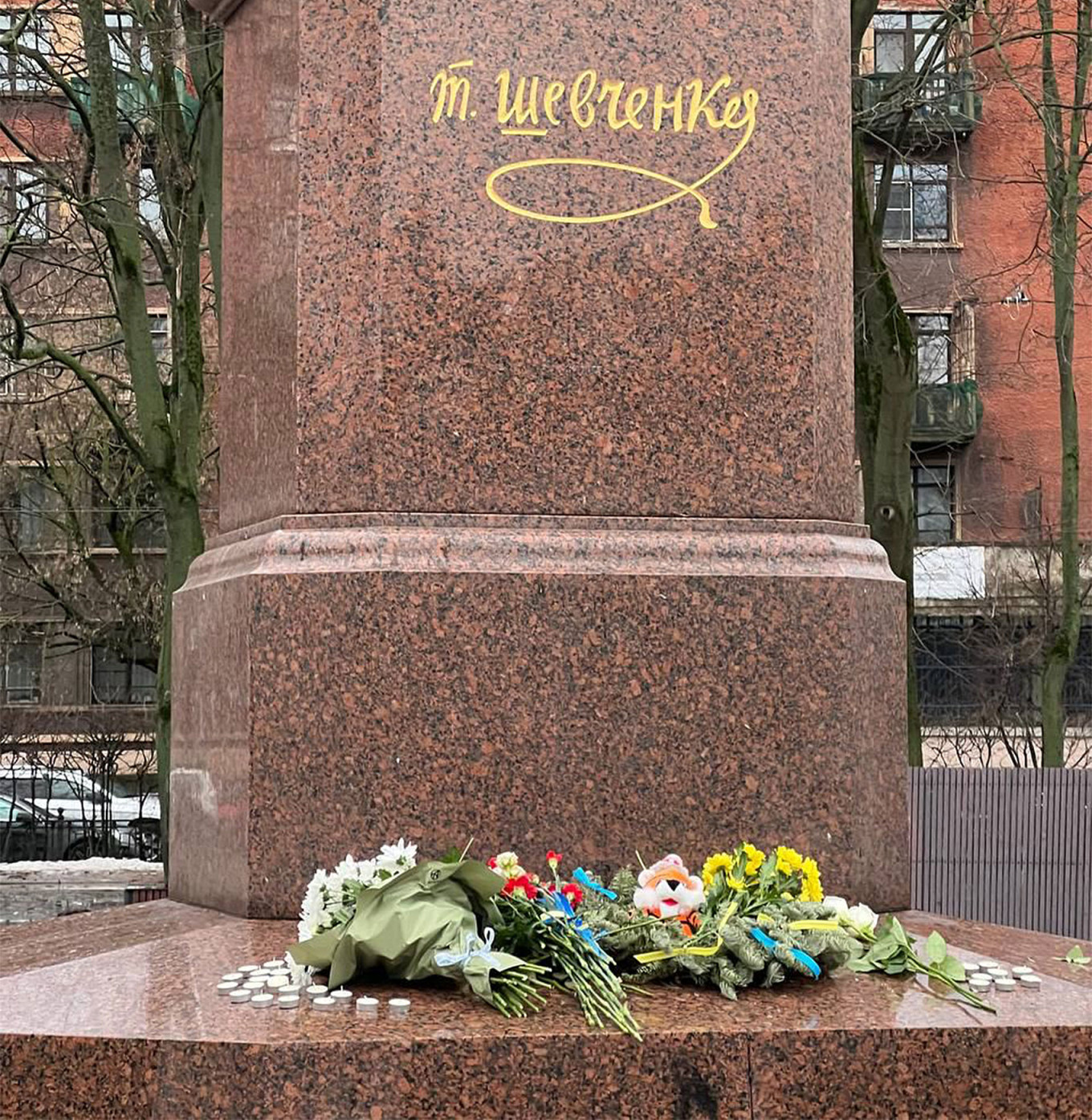 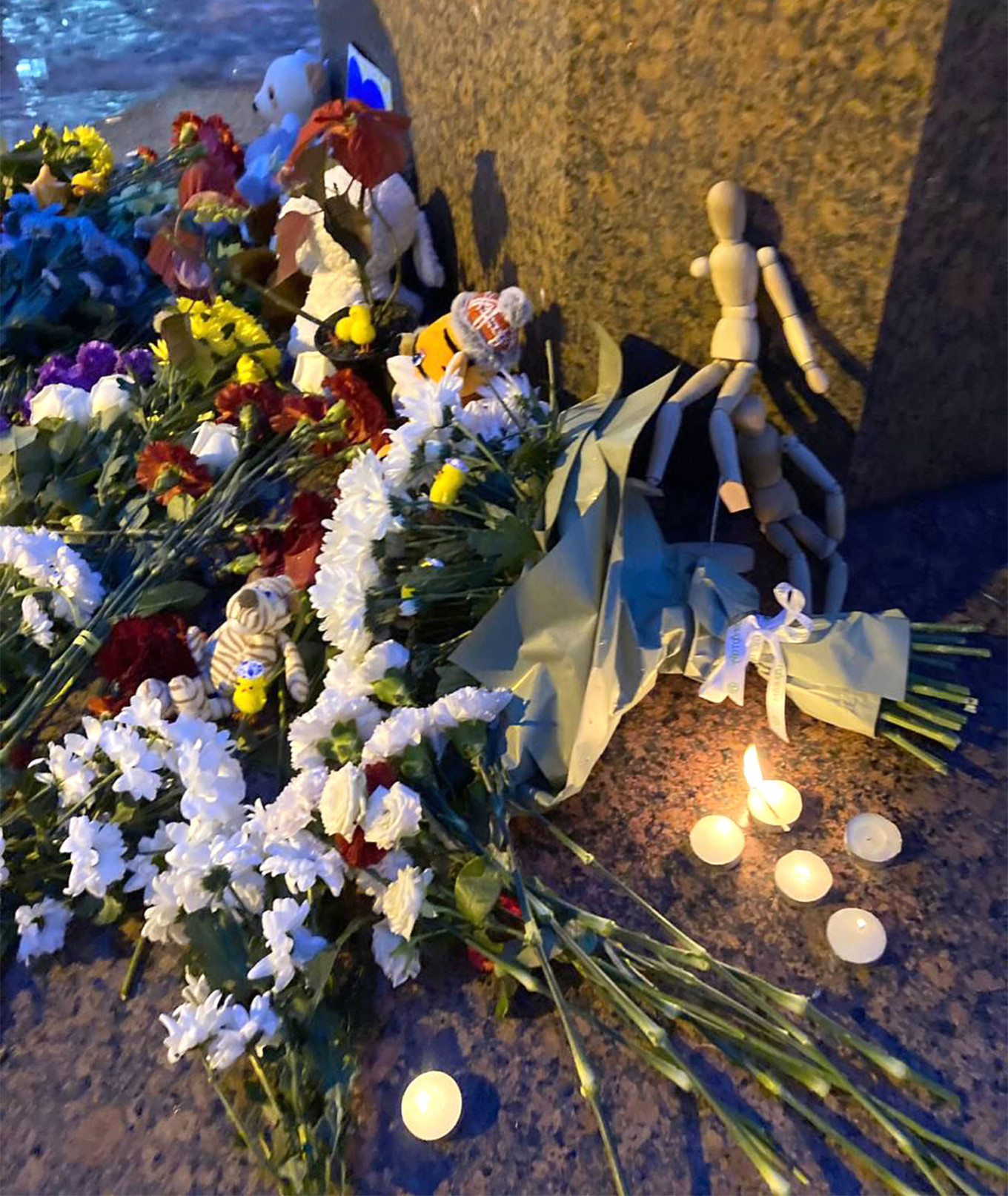 Flowers pile up at the Monument to Taras Shevchenko in St. Petersburg.
t.me/paperpaper_ru 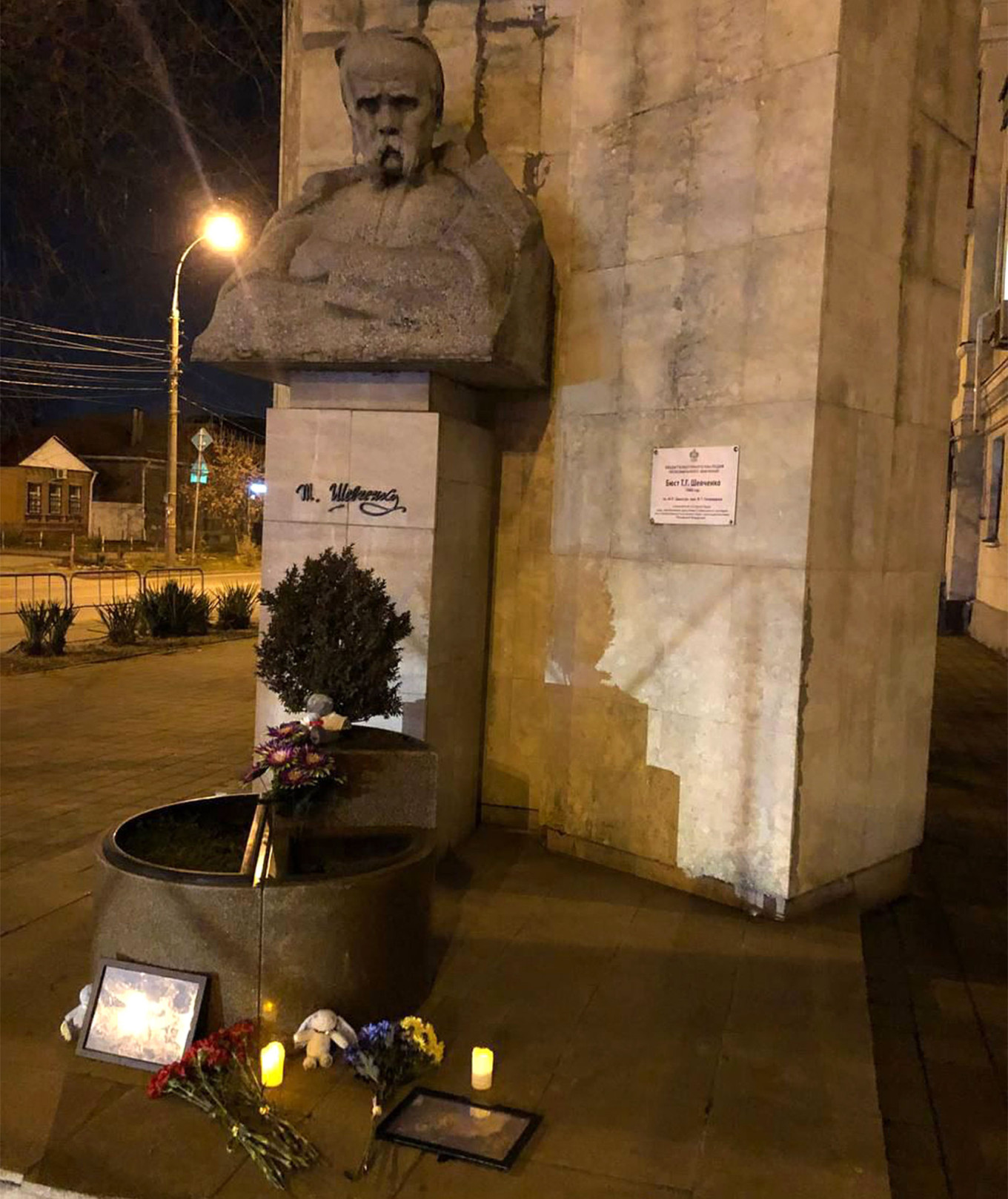 Flowers and other tokens of grief at the Monument to Taras Shevchenko in the southern Russian city of Krasnodar.
@vesna_democrat / twitter 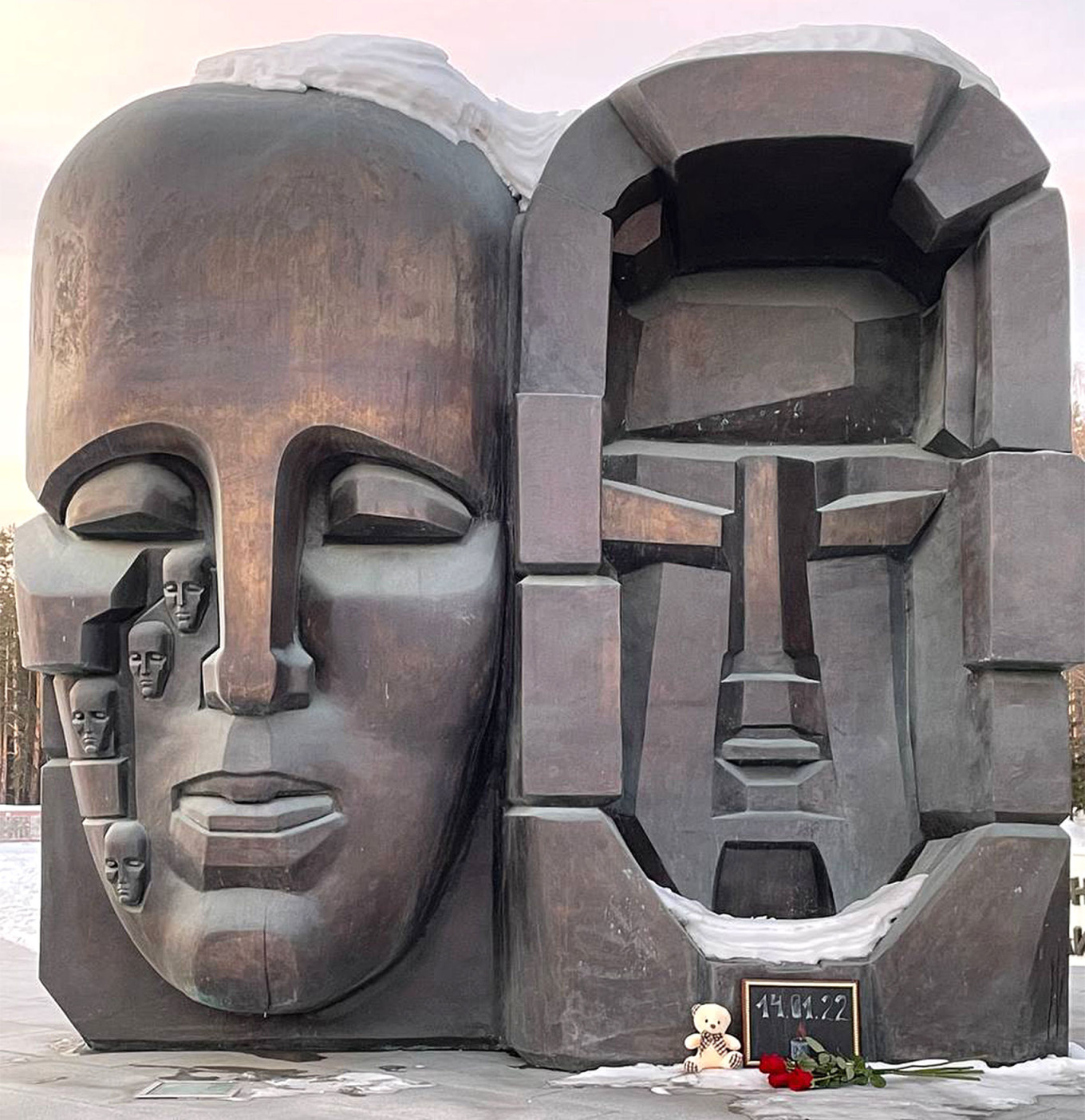 The Monument to Victims of Political Repression in the city of Yekaterinburg in Russia's Ural Mountains.
@vesna_democrat / twitter 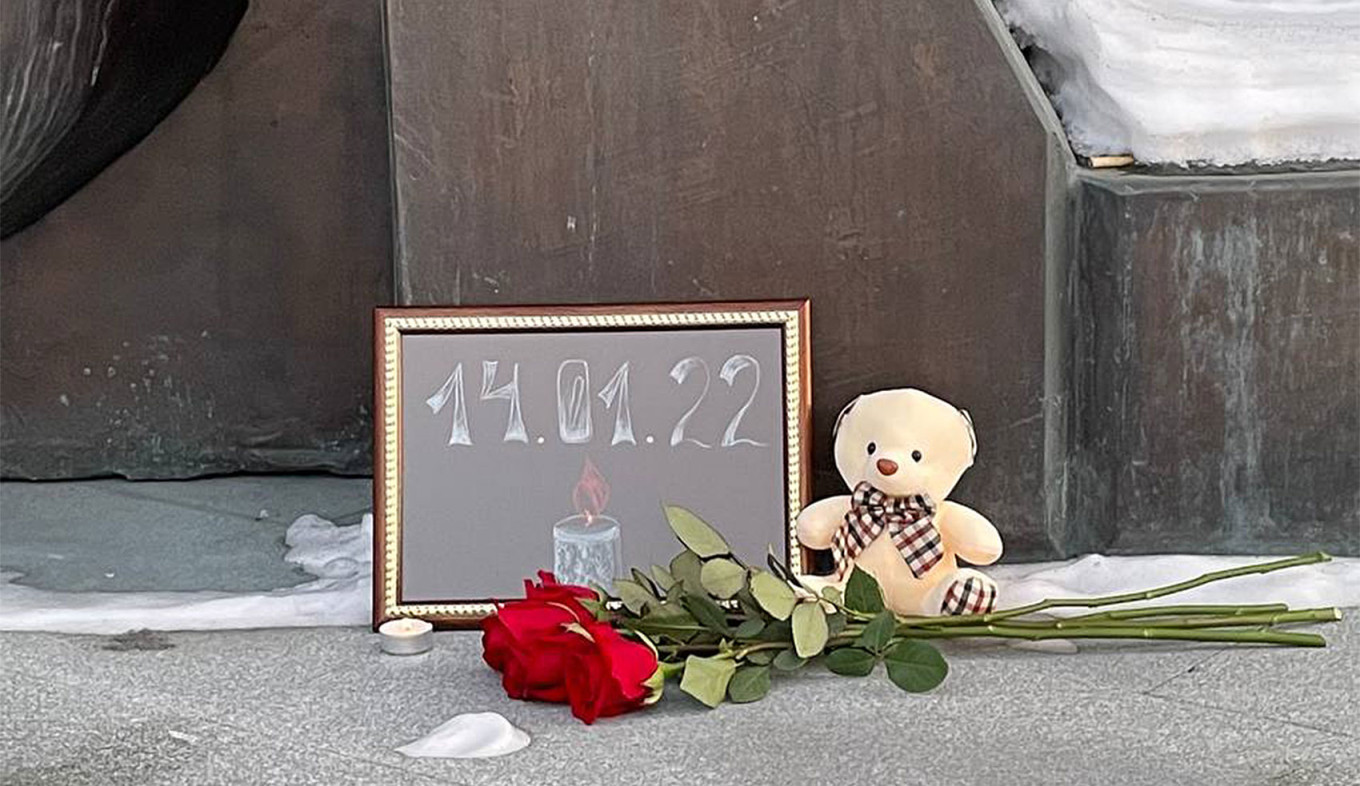 The Monument to Victims of Political Repression in the city of Yekaterinburg in Russia's Ural Mountains.
@vesna_democrat / twitter
Read more about: Dnipro , Ukraine war , Protest