The once little-known Ukrainian port city of Mariupol underwent a transformation this year from relative obscurity to being a household name and becoming a byword for the horrors of war in the process.

Ever since the city found itself the target of a relentless Russian shelling campaign in the early days of the war, Mariupol has survived countless horrors, including a missile strike on its drama theatre that left at least 300 civilians dead, street-to-street fighting, the reduction of large parts of its city center to rubble, and the brutal two-month siege of the Azovstal steel works where the remaining Ukrainian fighters in the city held out as Russian forces closed in on them.

Having consolidated its control over the city, the Russian authorities have recently begun the process of rebuilding the city's hundreds of ruined apartment blocks.

Despite being ultimately unable to defend itself from the invading troops, the Russian-controlled city remains a symbol of Ukrainian resistance and defiance in the face of overwhelming military might. 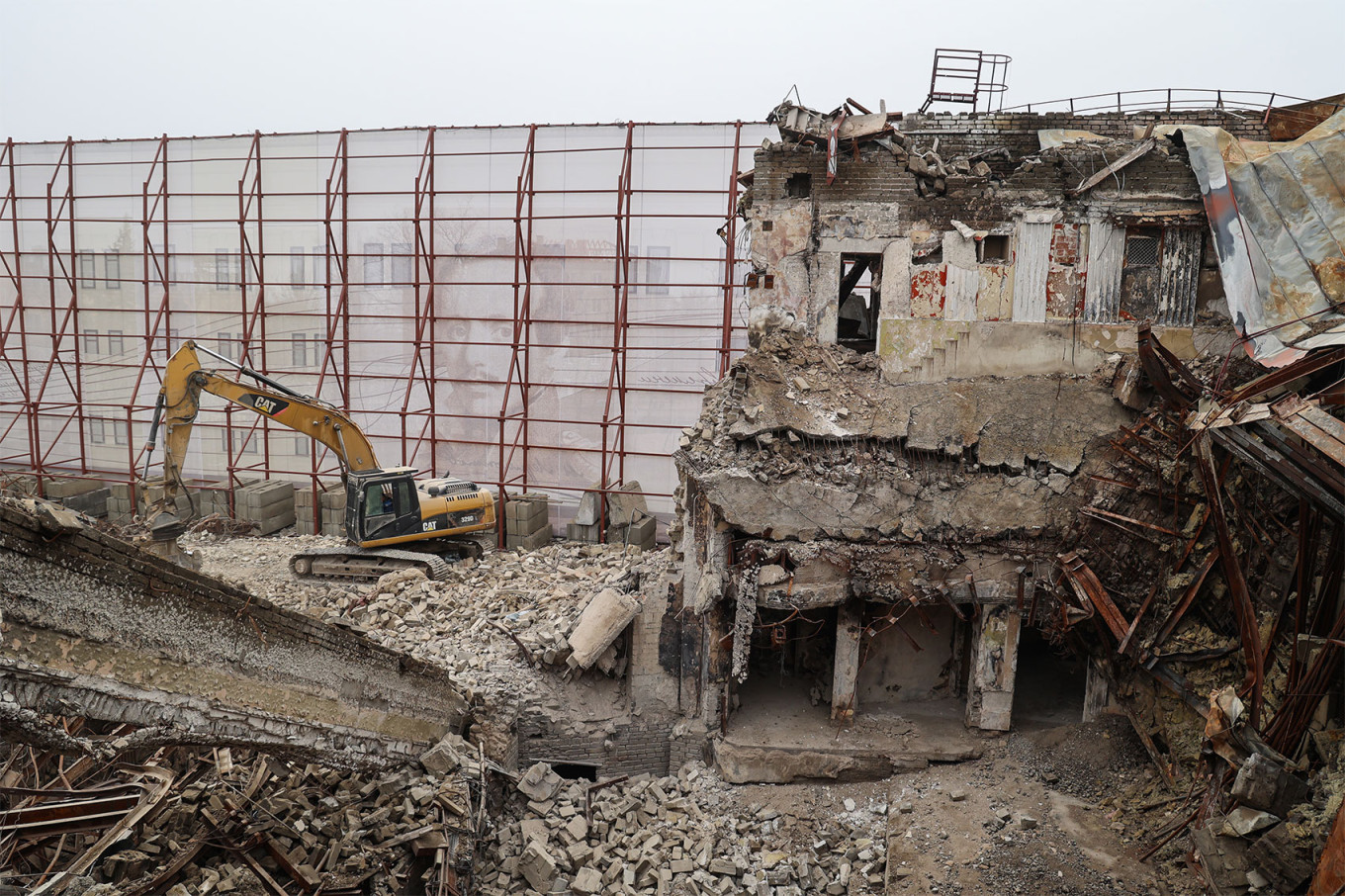 What was left of the Mariupol Drama Theatre following a Russian missile strike on the building that killed at least 300 civilians in March is demolished ahead of planned rebuilding work.
Valentin Sprinchak / TASS 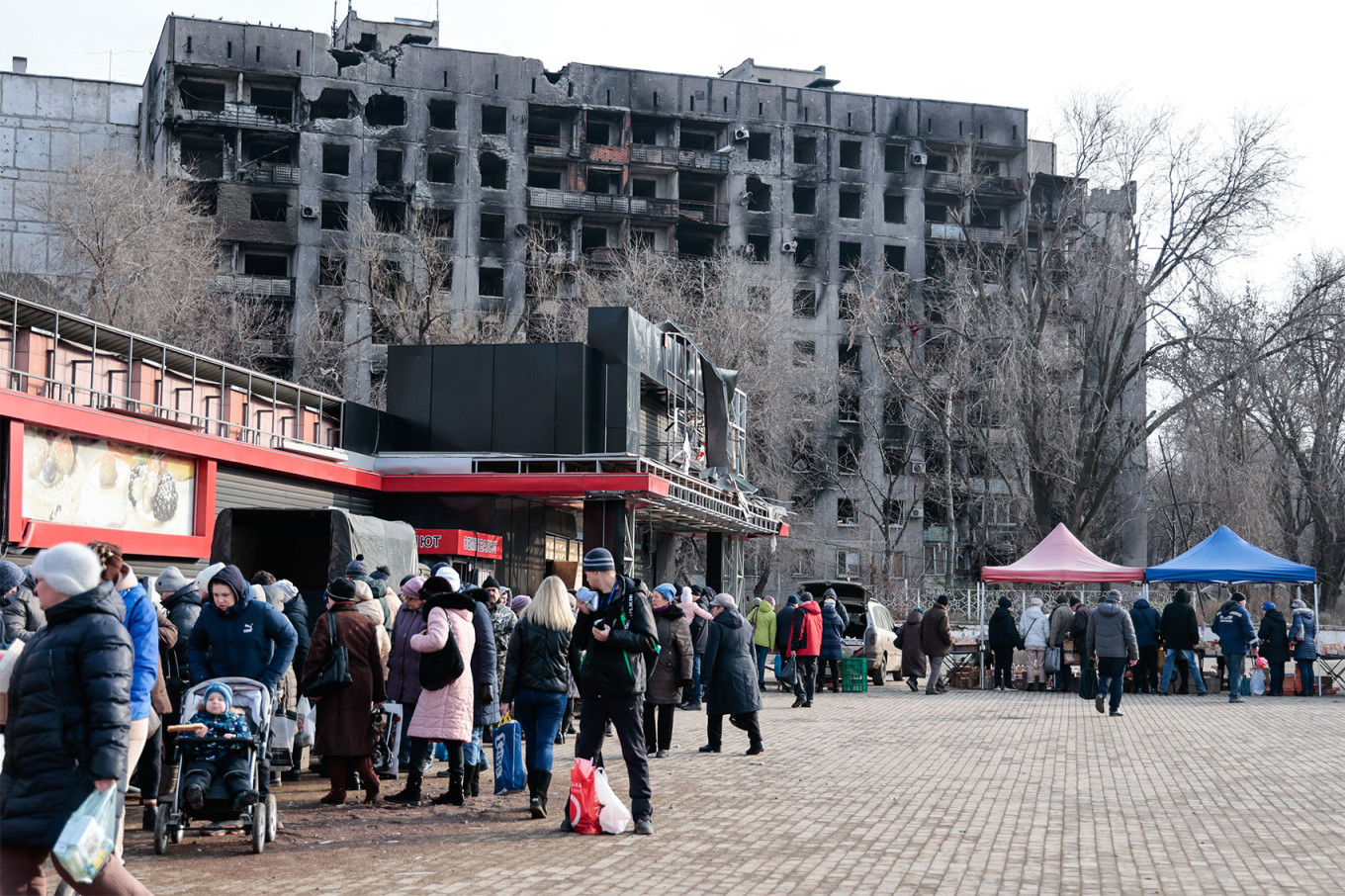 People shopping at a busy market. In some respects, life is returning to normal in Mariupol, though reminders of the shelling and siege of the city are never far away.
Valentin Sprinchak / TASS 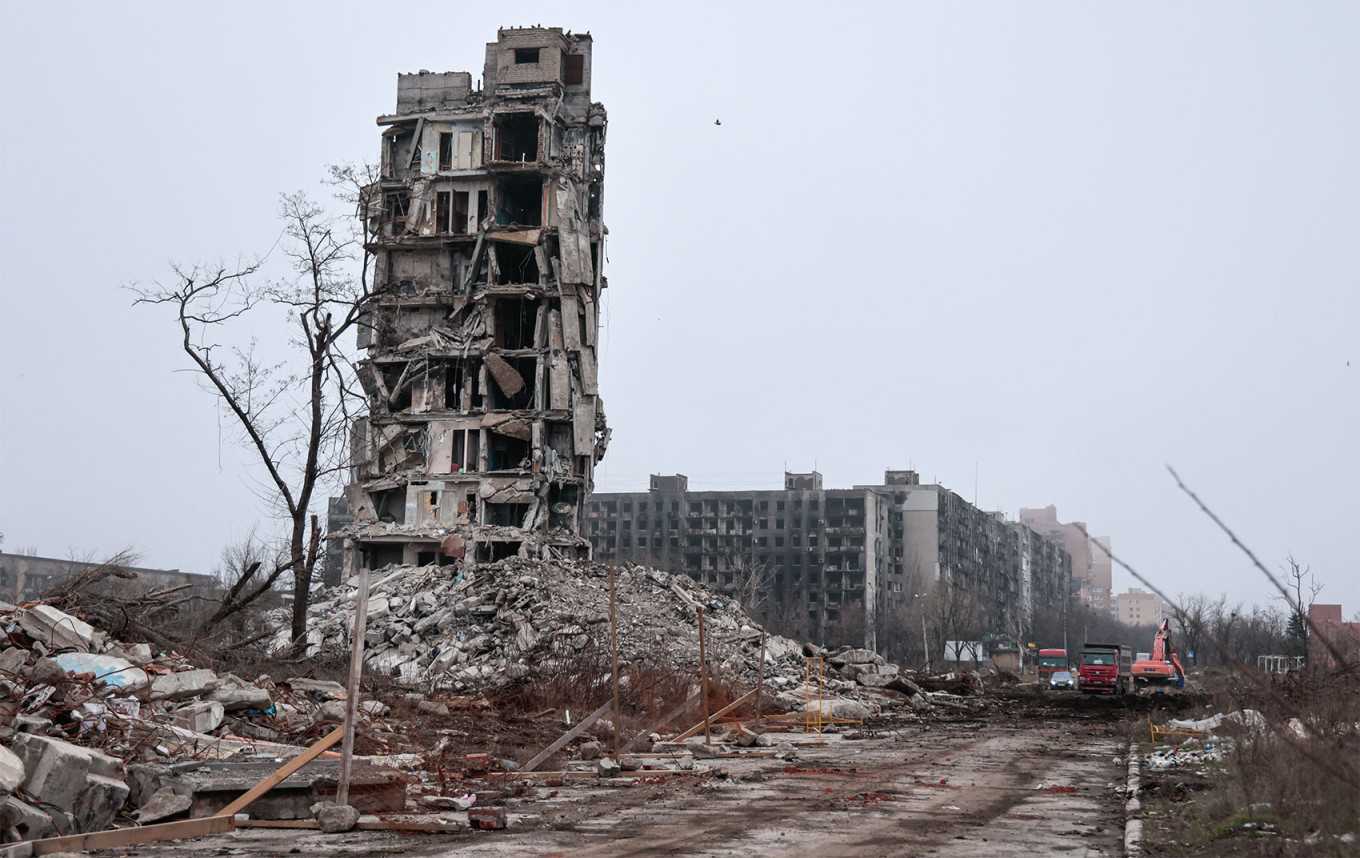 A condemned building waiting to be demolished.
Valentin Sprinchak / TASS 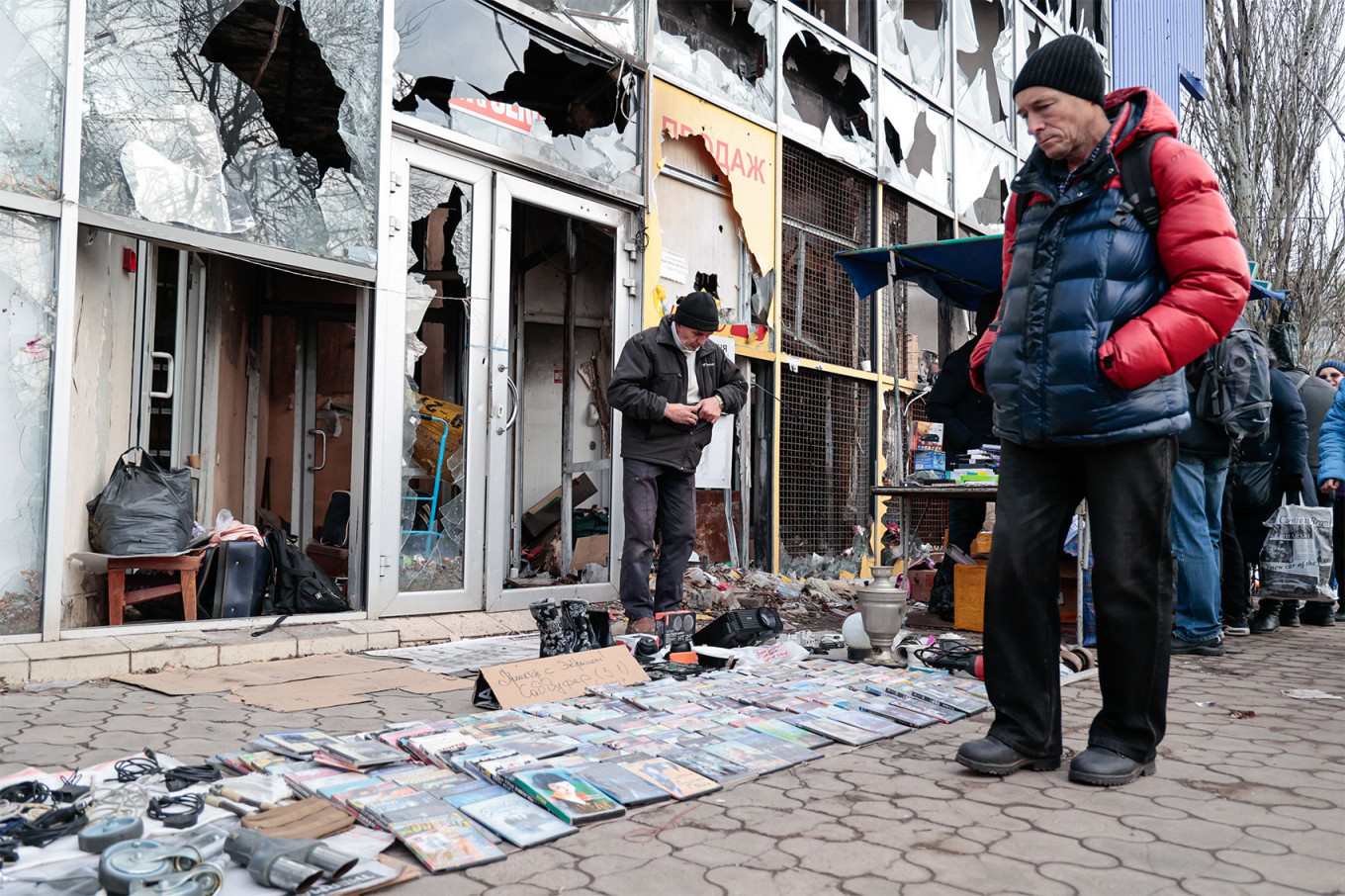 Despite the broken glass and other obvious signs of devastation, locals continue to shop at impromptu street stalls.
Valentin Sprinchak / TASS 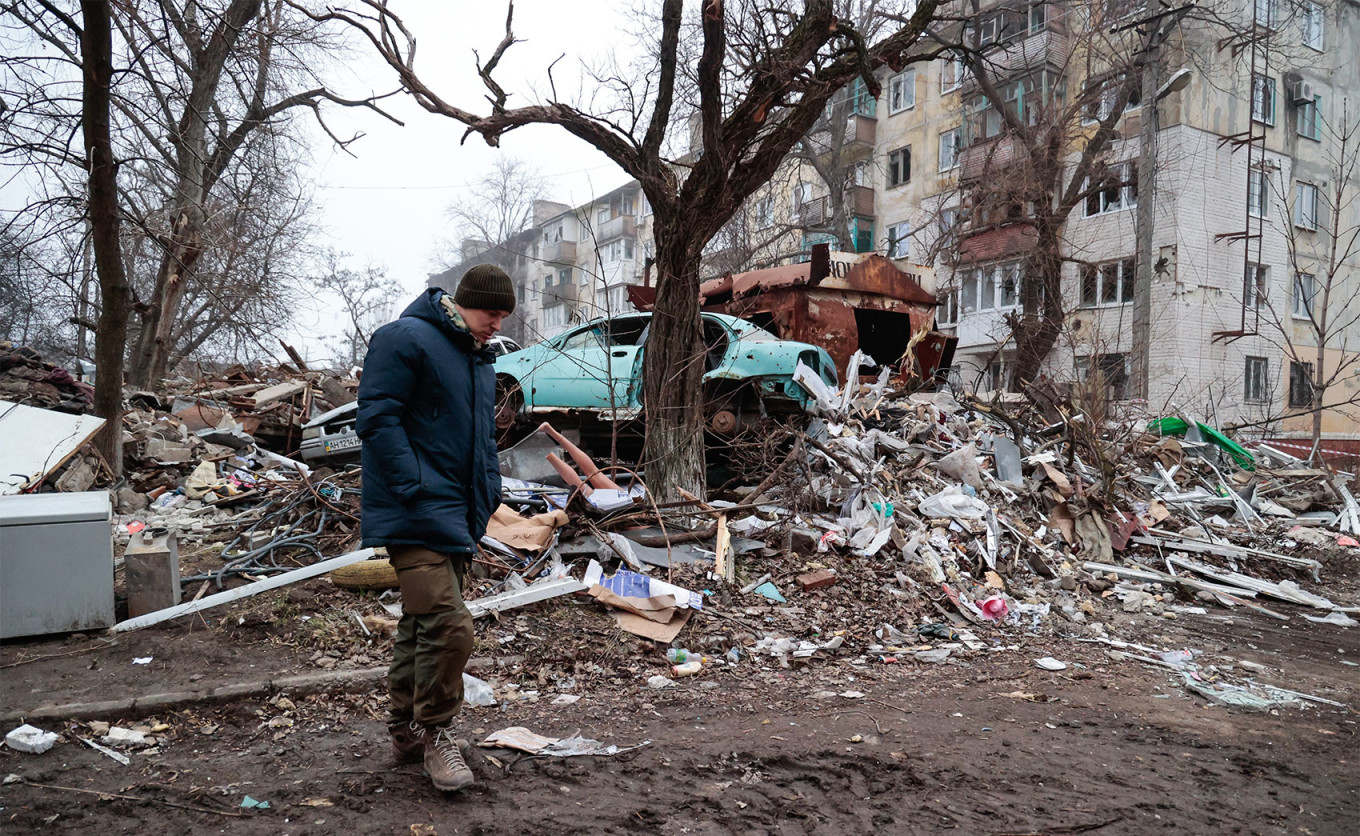 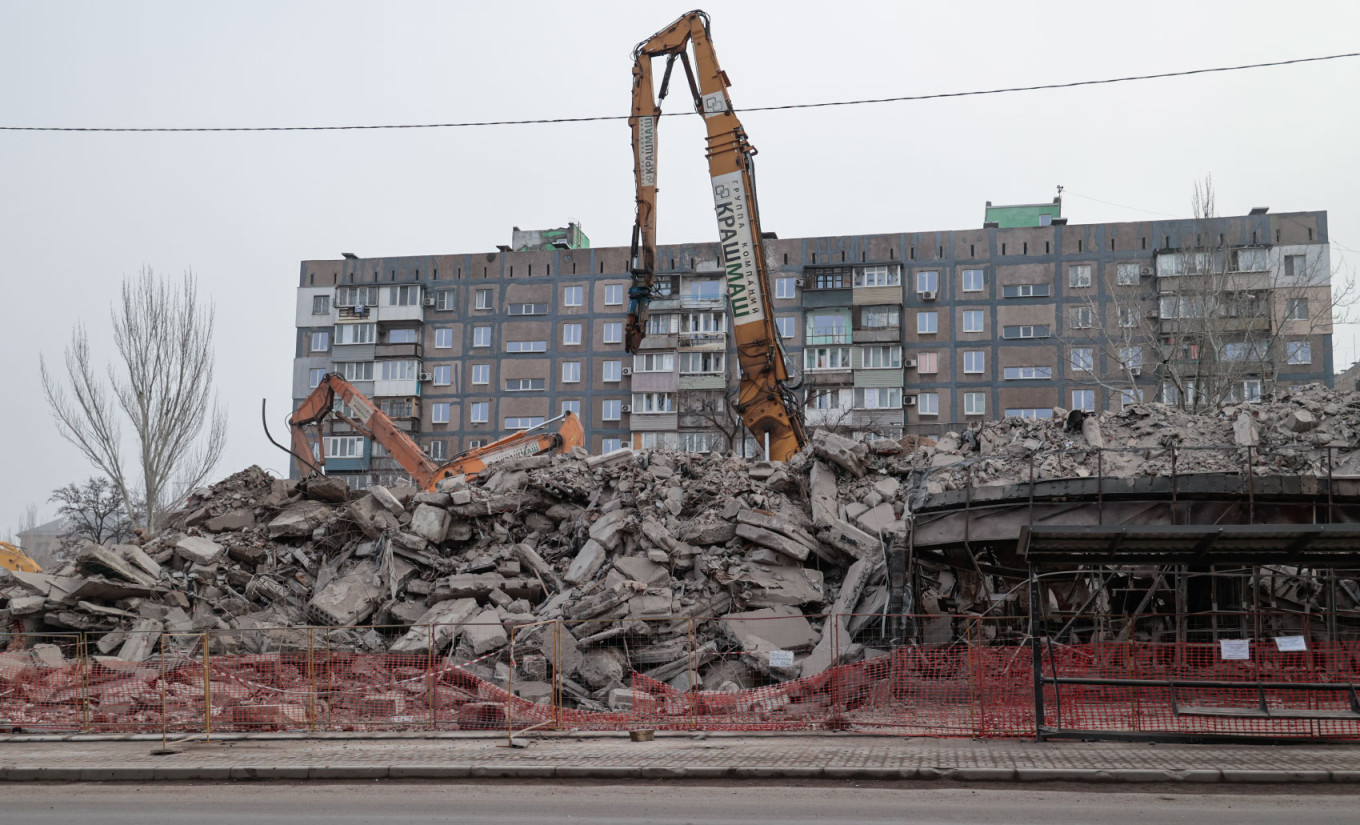 Another building that cannot be repaired is demolished.
Valentin Sprinchak / TASS 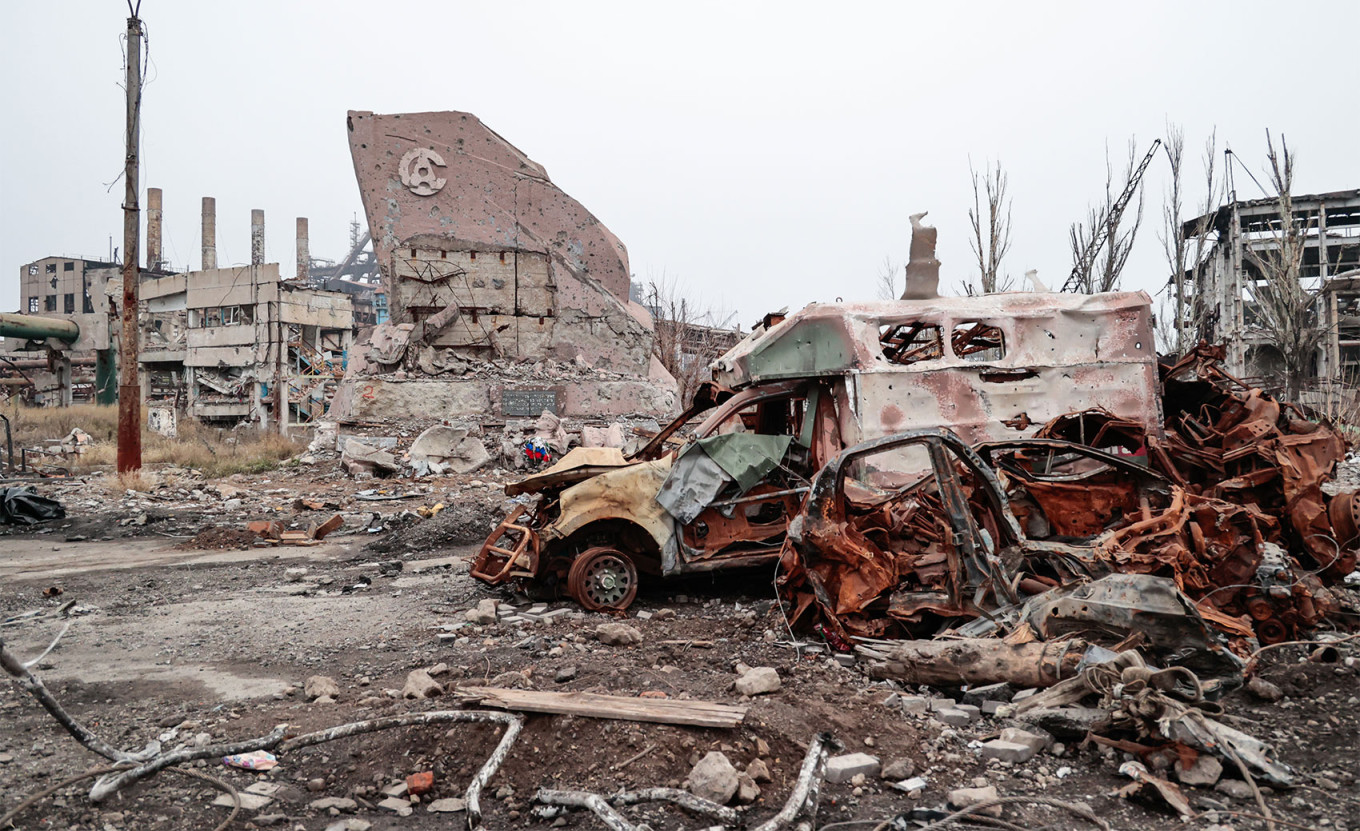 One of the damaged entrances to the Azovstal Iron and Steel Works, the vast complex inside Mariupol's port where the last remaining Ukrainian fighters in the city took refuge as Russian forces closed in on them in April.
Valentin Sprinchak / TASS 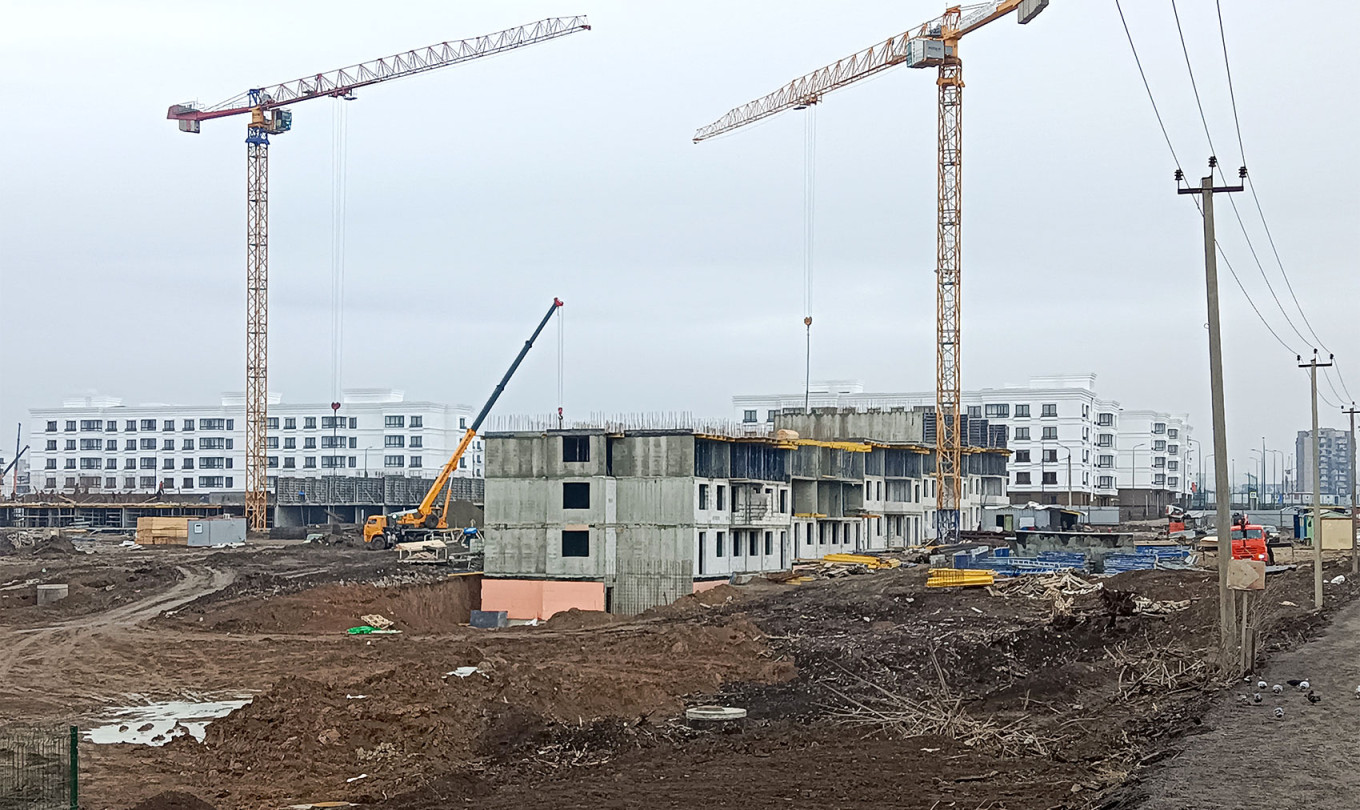 New apartment buildings being built as part of the Russian authorities' post-war reconstruction plan for the city.
Andrei Cherednichenko / TASS 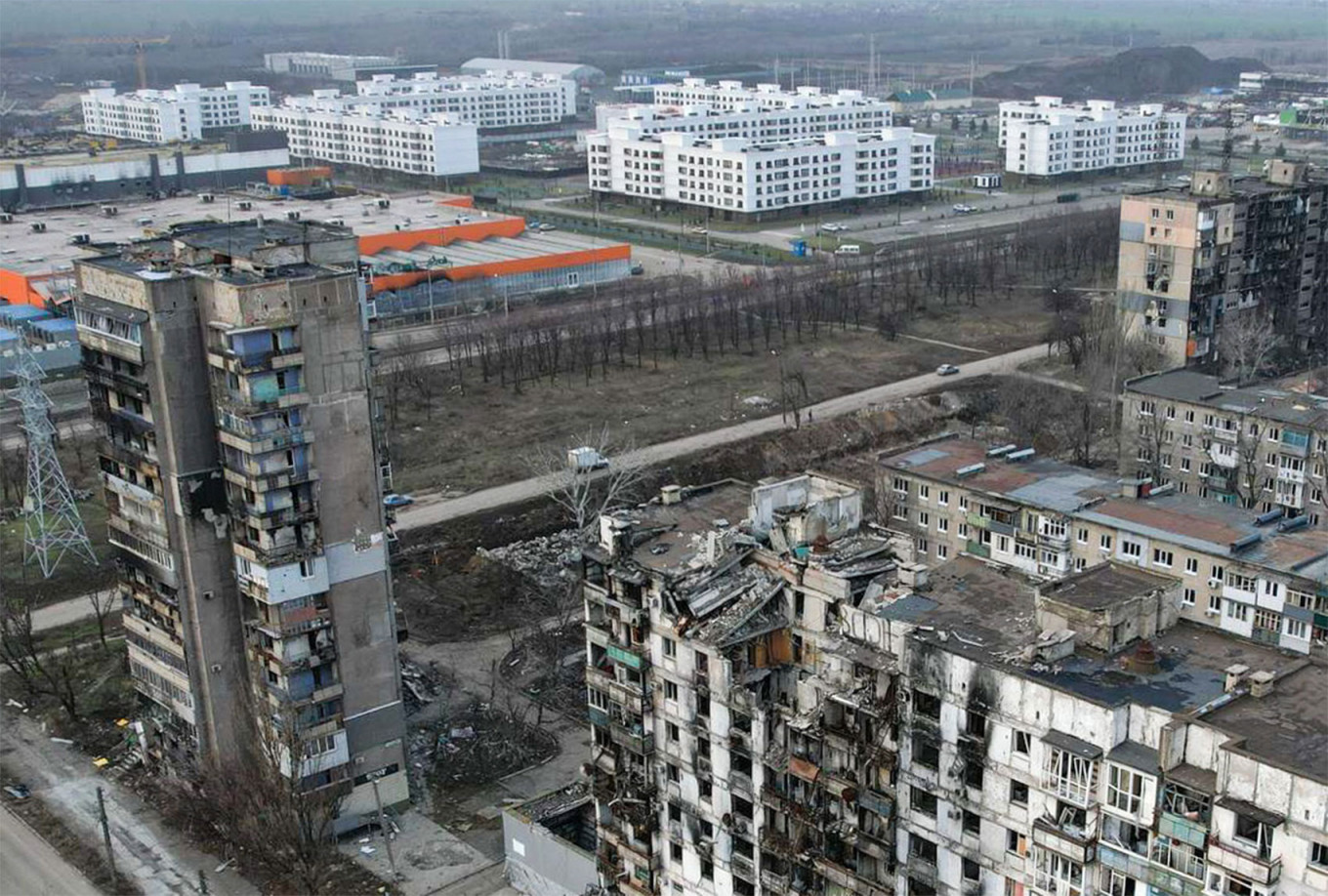 A bird's eye view of new apartment buildings under construction at the intersection of Prospekt Mira and Kuprina Street.
Anton Novoderezhkin / TASS 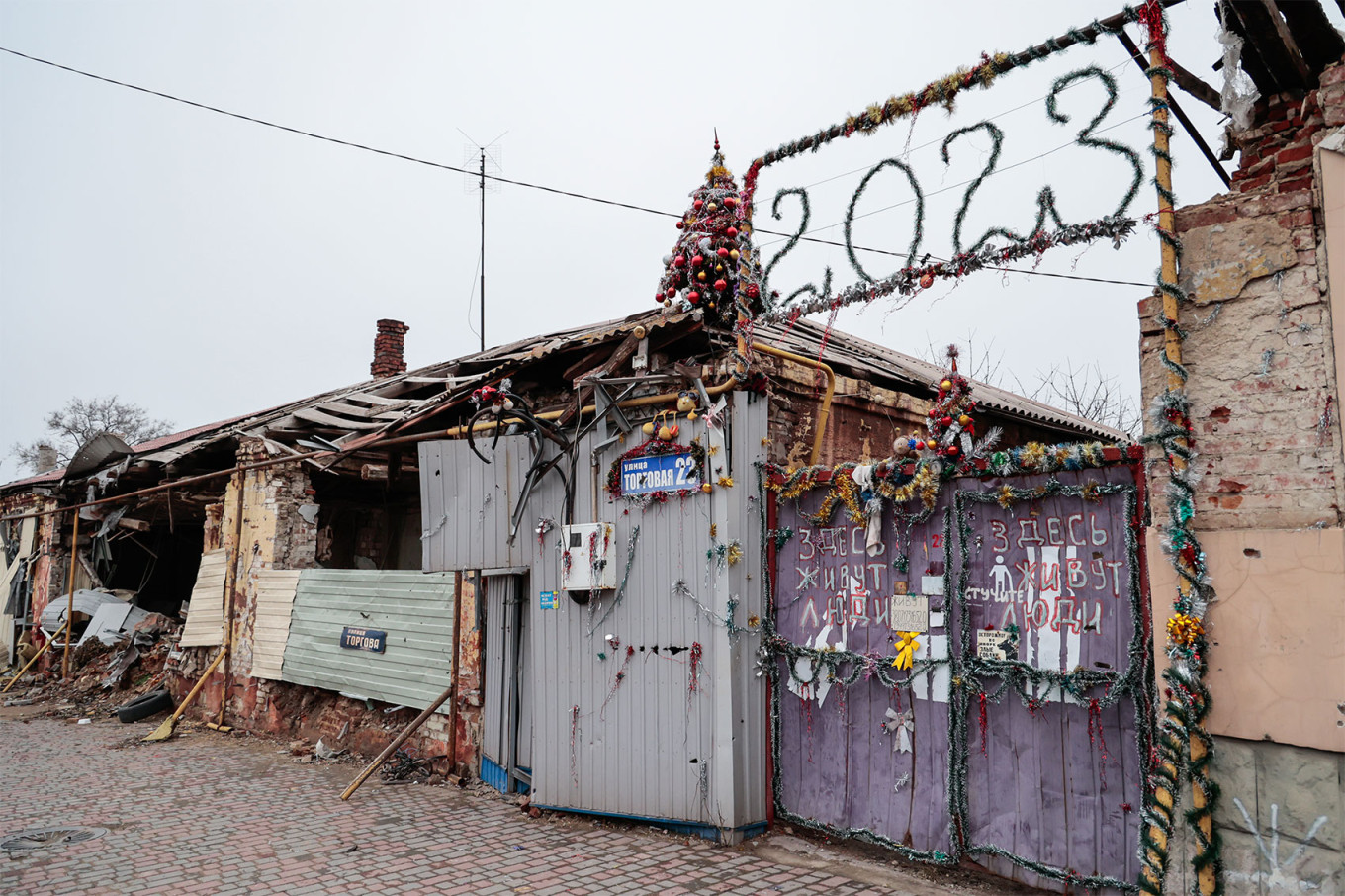 The owners of a Mariupol house that was damaged by shelling are determined to demonstrate their optimism for the new year ahead.
Valentin Sprinchak / TASS
Read more about: Mariupol , Occupied Ukraine