The weeks around the New Year, Russia's most festive holiday, are always a time of bright, elaborate decorations in the country's cities.

But this year, amid the invasion of Ukraine, authorities have added pro-war symbols to the usual decorations of lights, wreaths and New Year's trees.

Russian war correspondents and soldiers back from the battlefield are also expected to appear on Russia's New Year's variety show, which airs after President Vladimir Putin's midnight speech.

But in many cities, the normally extravagant New Year's celebrations have been canceled or scaled back, with local officials saying the budget will be redirected to support the military in its bloody 10-month invasion.

Here's a look at the installments cropping up in Moscow and St. Petersburg — along with other preparations for the holiday: 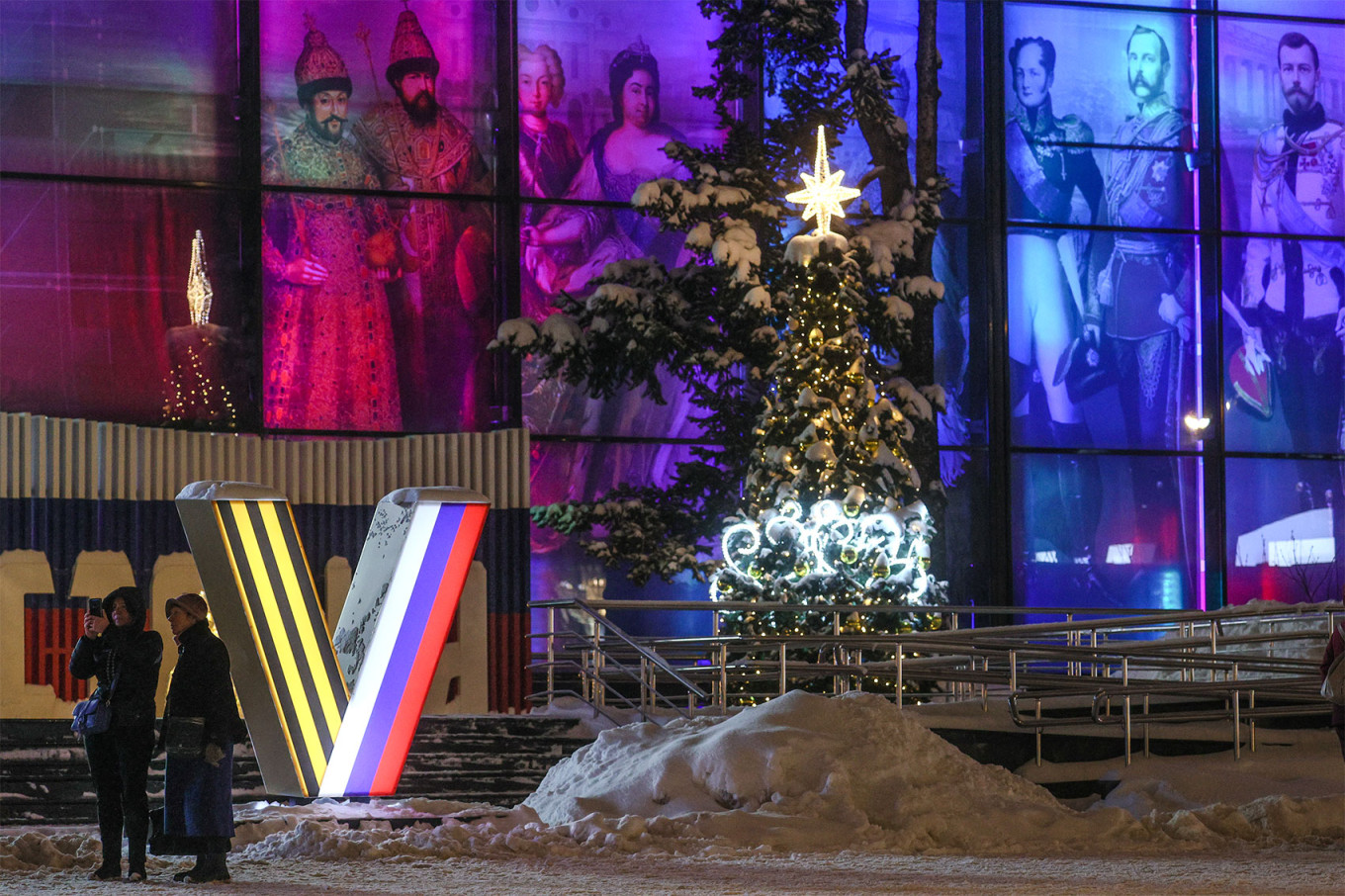 The letter V, a pro-war symbol, was installed at the VDNKh exhibition center in Moscow.
Sergei Bulkin / News.ru / TASS 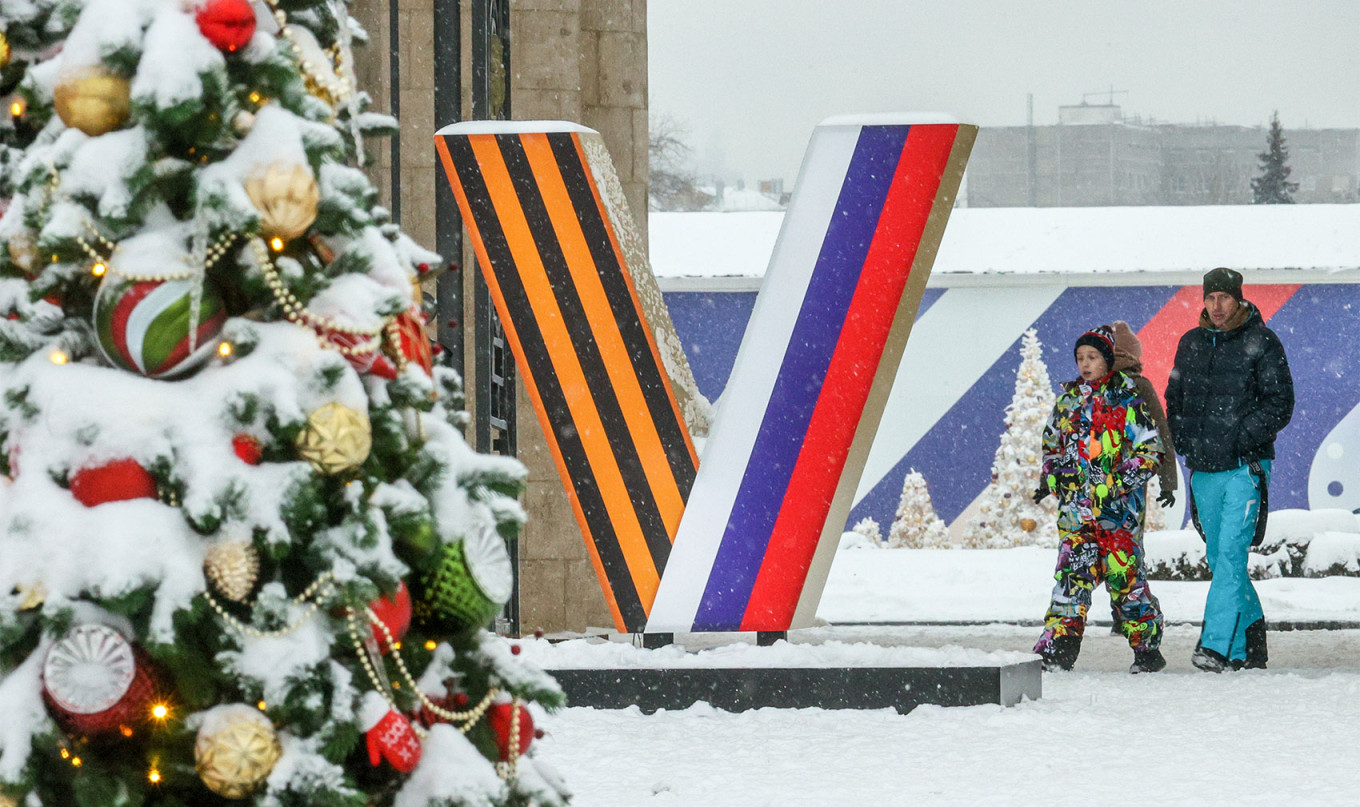 The letter V made from the St. George's ribbon — another pro-military symbol — and the Russian flag at the entrance to Gorky Park in Moscow.
Sergei Bulkin / News.ru / TASS 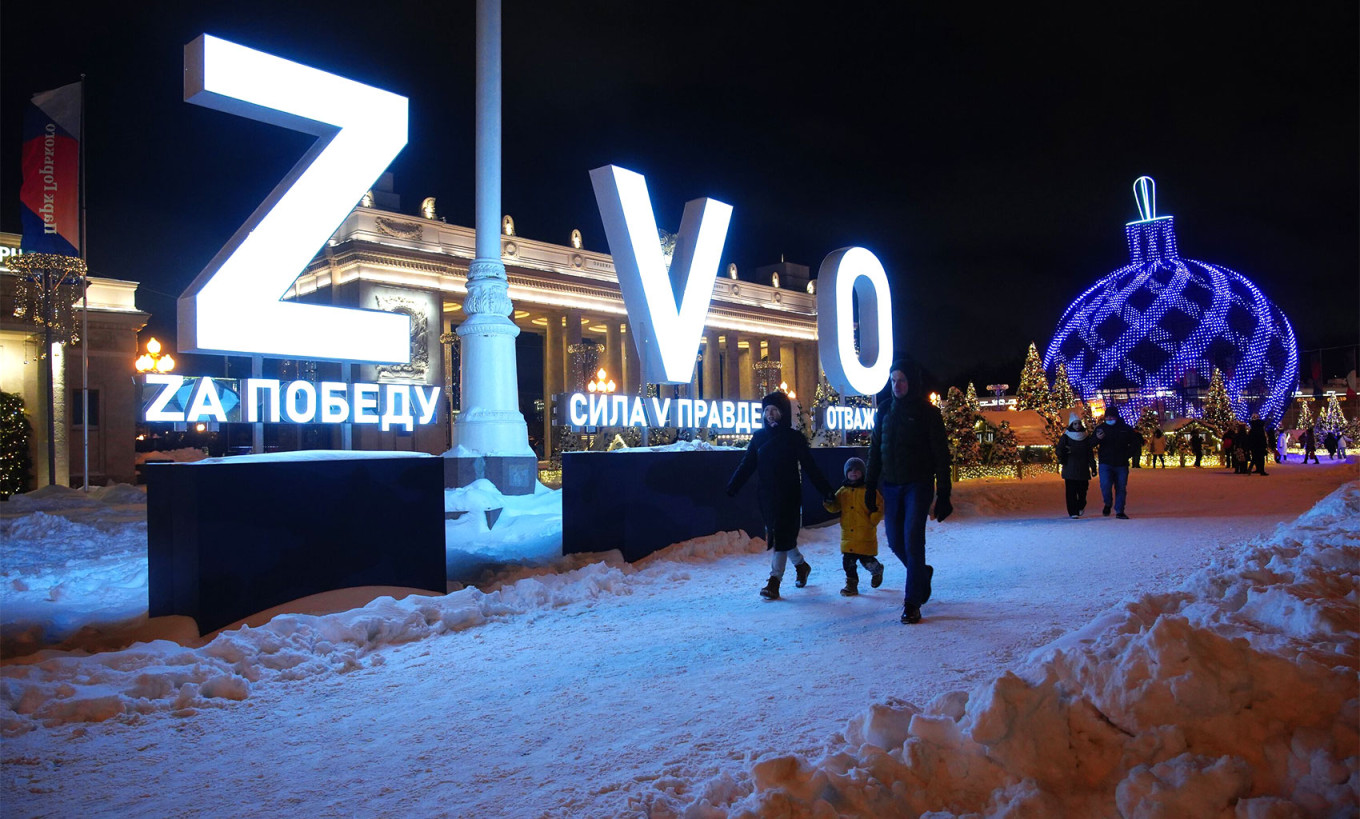 The letters Z, V and O are captioned "For victory"; "Strength in truth"; and "Courageous" at the entrance to Gorky Park in Moscow.

ZVO is the acronym for Russia's Western Military District, and the letters Z and V were seen painted on the sides of Russian tanks that rolled into Ukraine on Feb. 24.
Alexander Avilov / Moskva News Agency 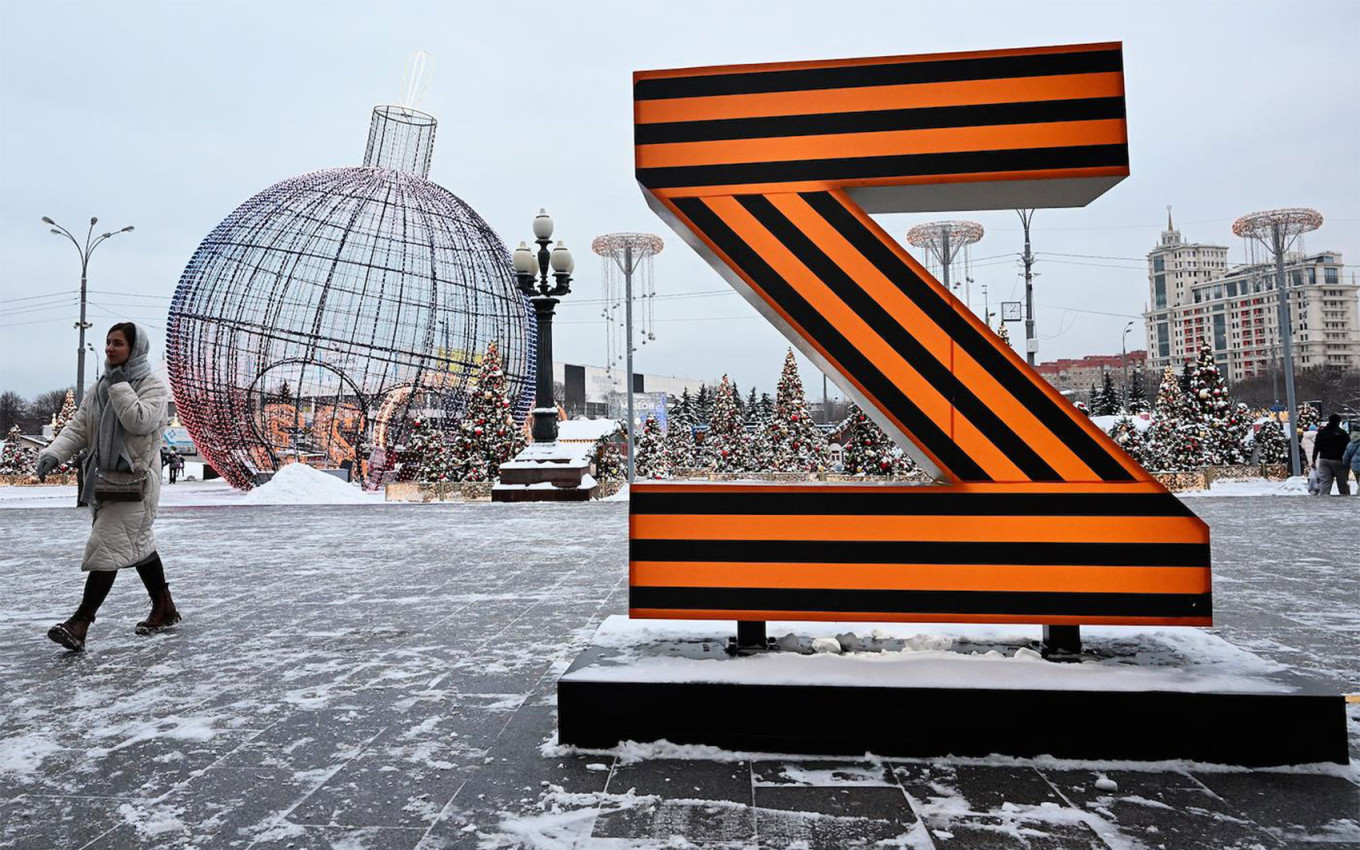 A letter Z made out of the St. George's ribbon stands on the square in front of the entrance to Gorky Park.
Alexander Miridonov / Kommersant 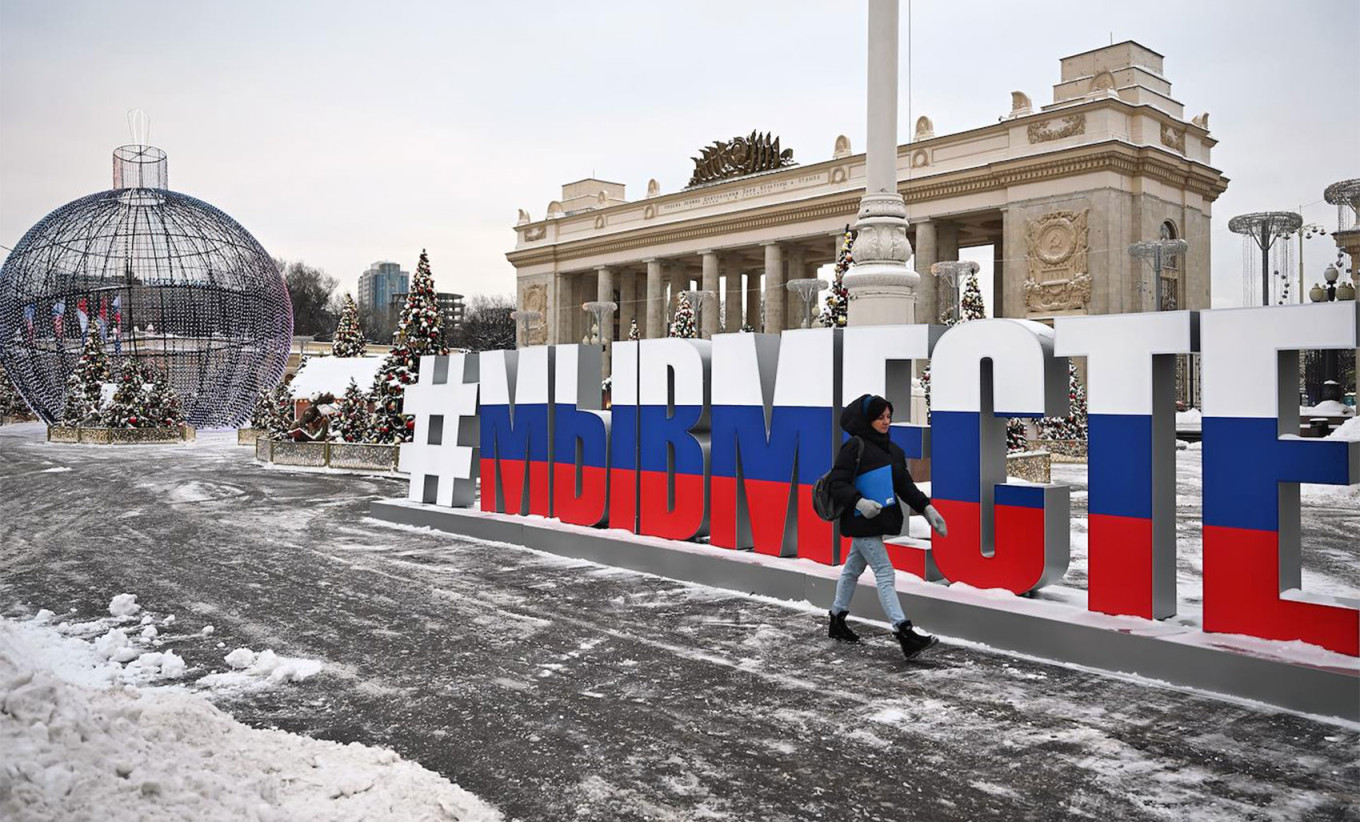 A sign reading "#WeAreTogether" in the Russian tricolor seen on the square in front of the entrance to Gorky Park.
Alexander Miridonov / Kommersant 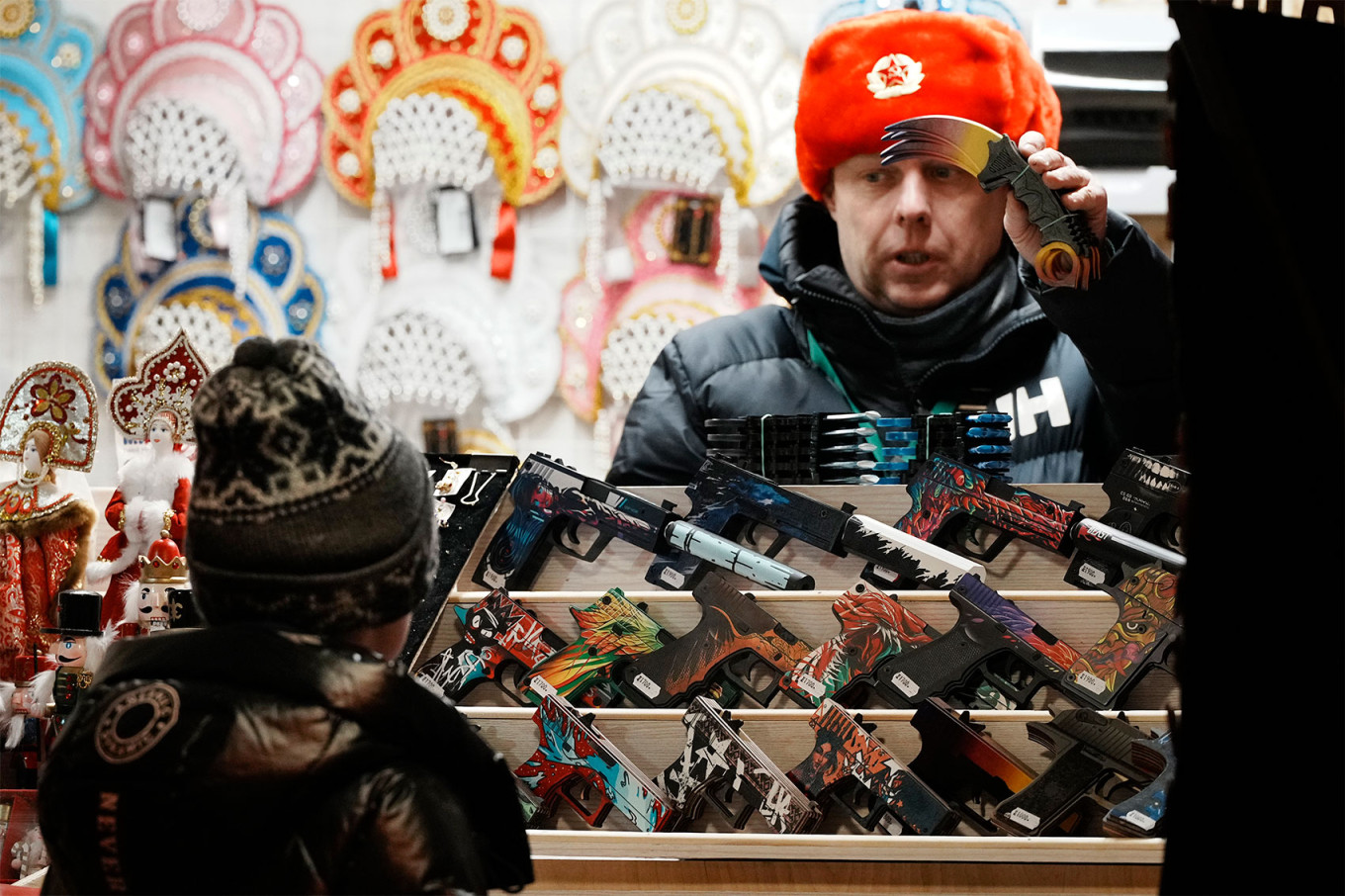 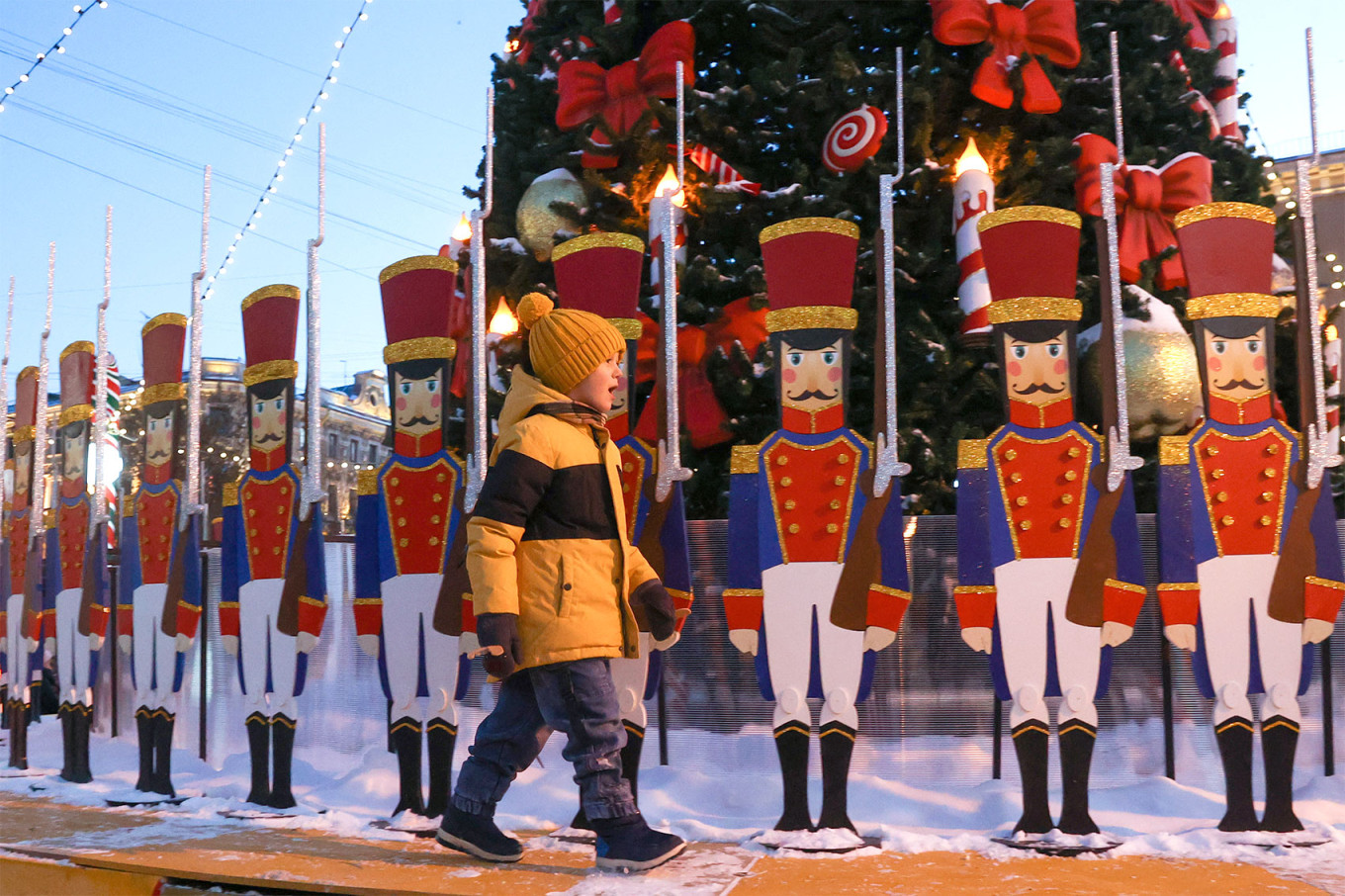 A child walks past a row of toy soldiers at a Christmas fair on Manezh Square in St. Petersburg.
Alexander Demianchuk / TASS 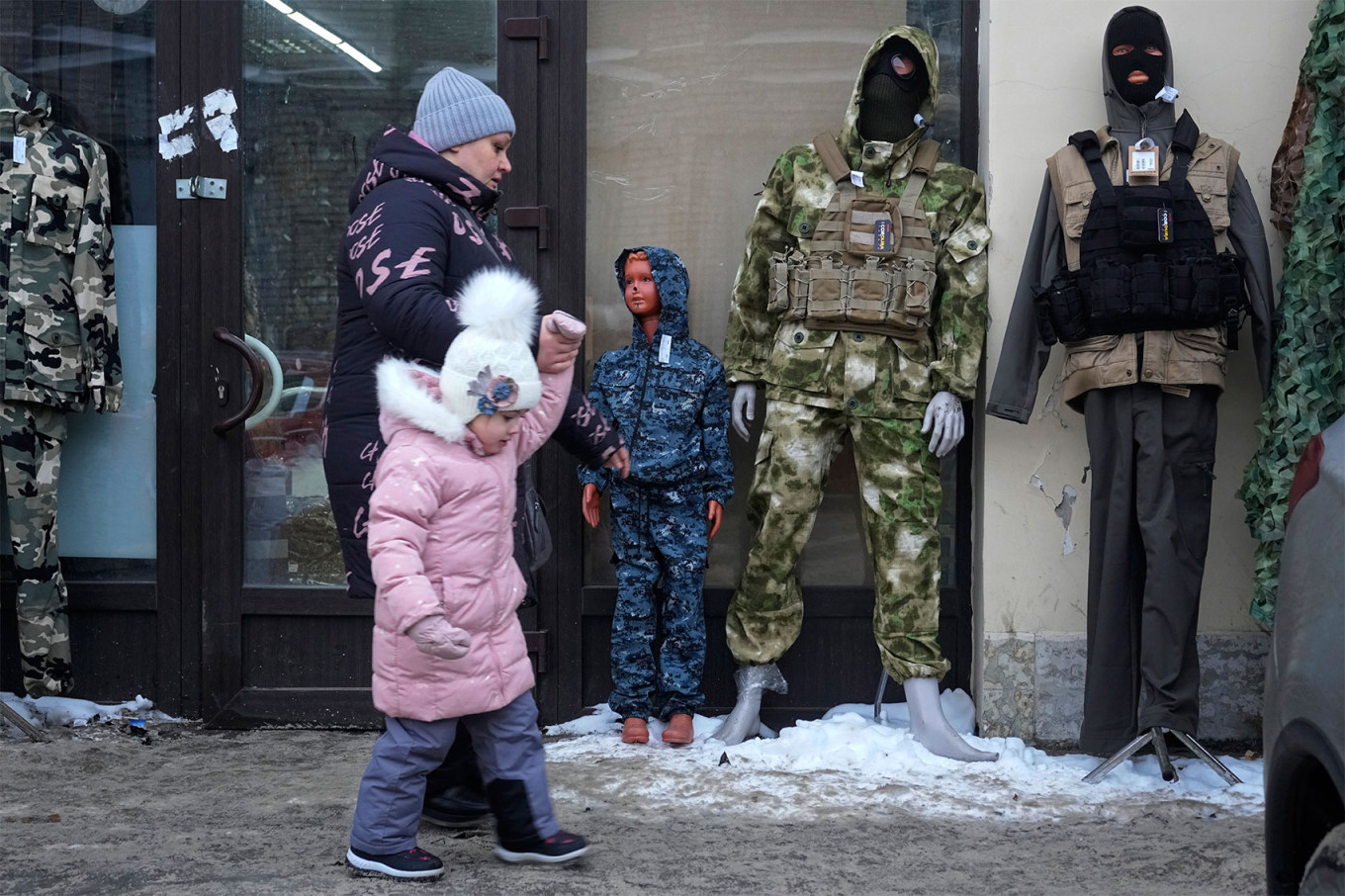 A woman walks with her child past a camouflage wear shop in St. Petersburg.
Dmitri Lovetsky / AP / TASS 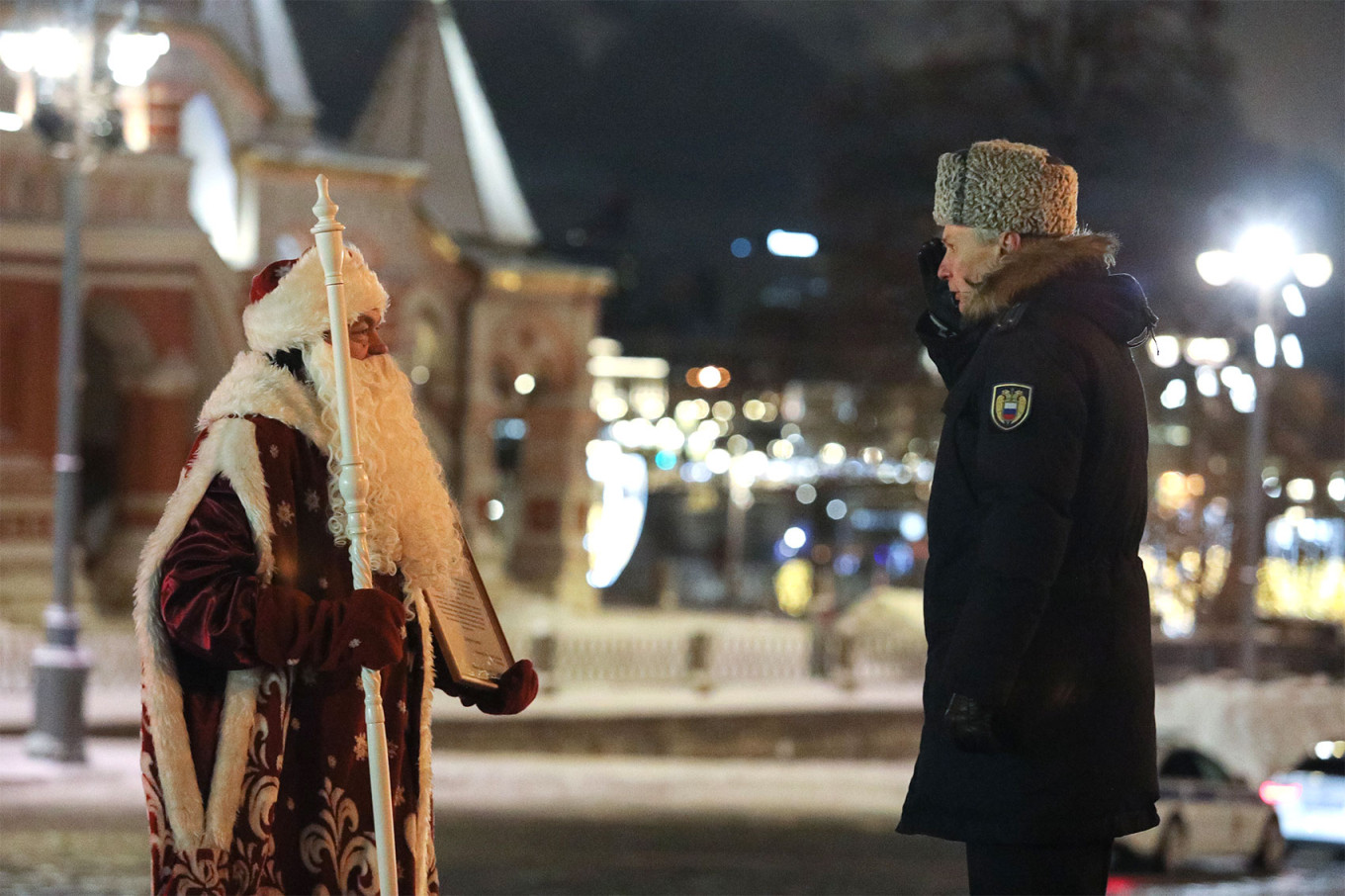 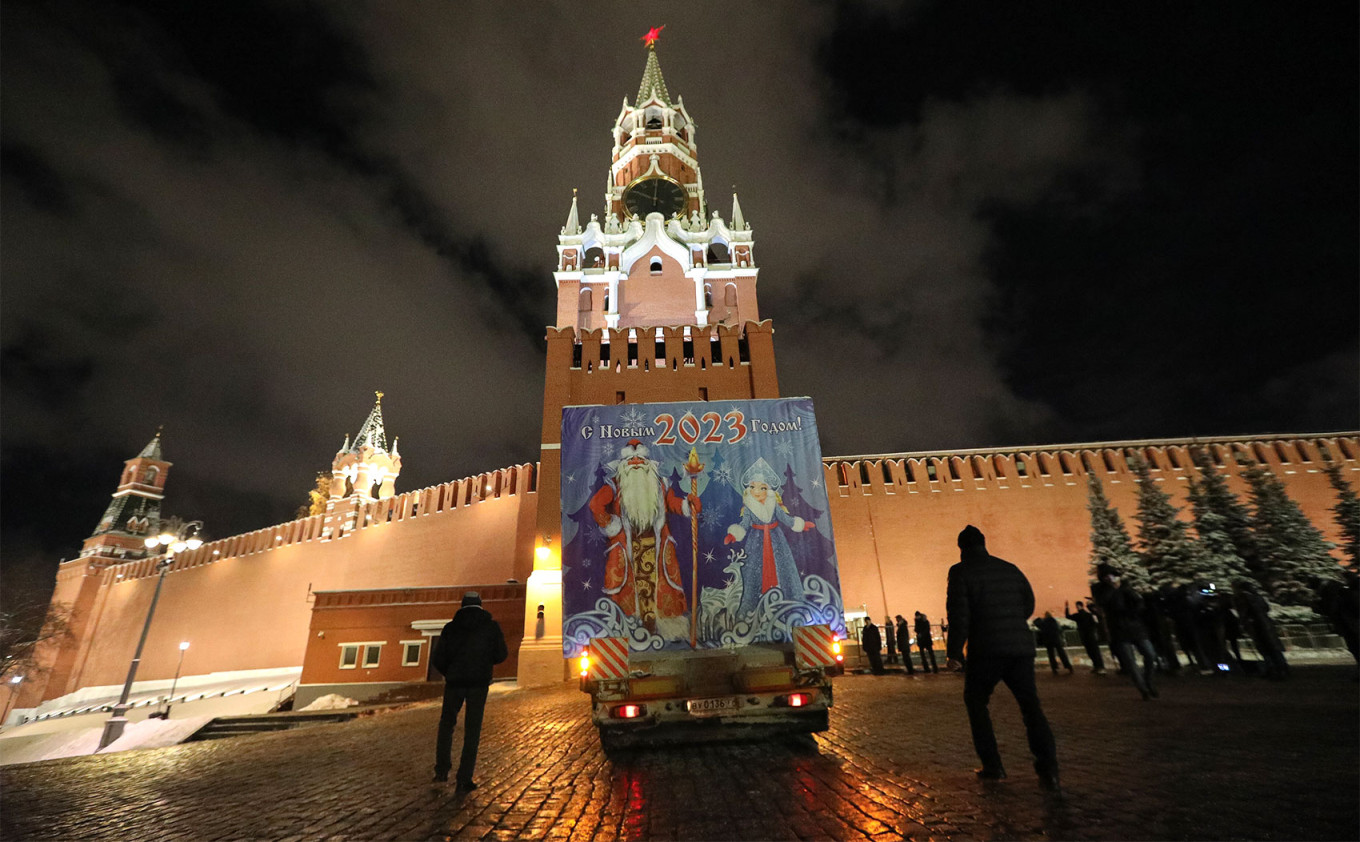