While usually greeted with excitement, the first snows of the winter were this year met with unease in Ukraine, as millions of people were left without power after a fresh barrage of Russian missile strikes targeting the country's infrastructure, and millions more feared being left without heat as the mercury plummeted.

While the recent recapture of Kherson provided a much-needed morale boost to the war-torn country, Ukraine now faces the conflict being frozen for several months as both the Russian and Ukrainian militaries dig in for the winter. 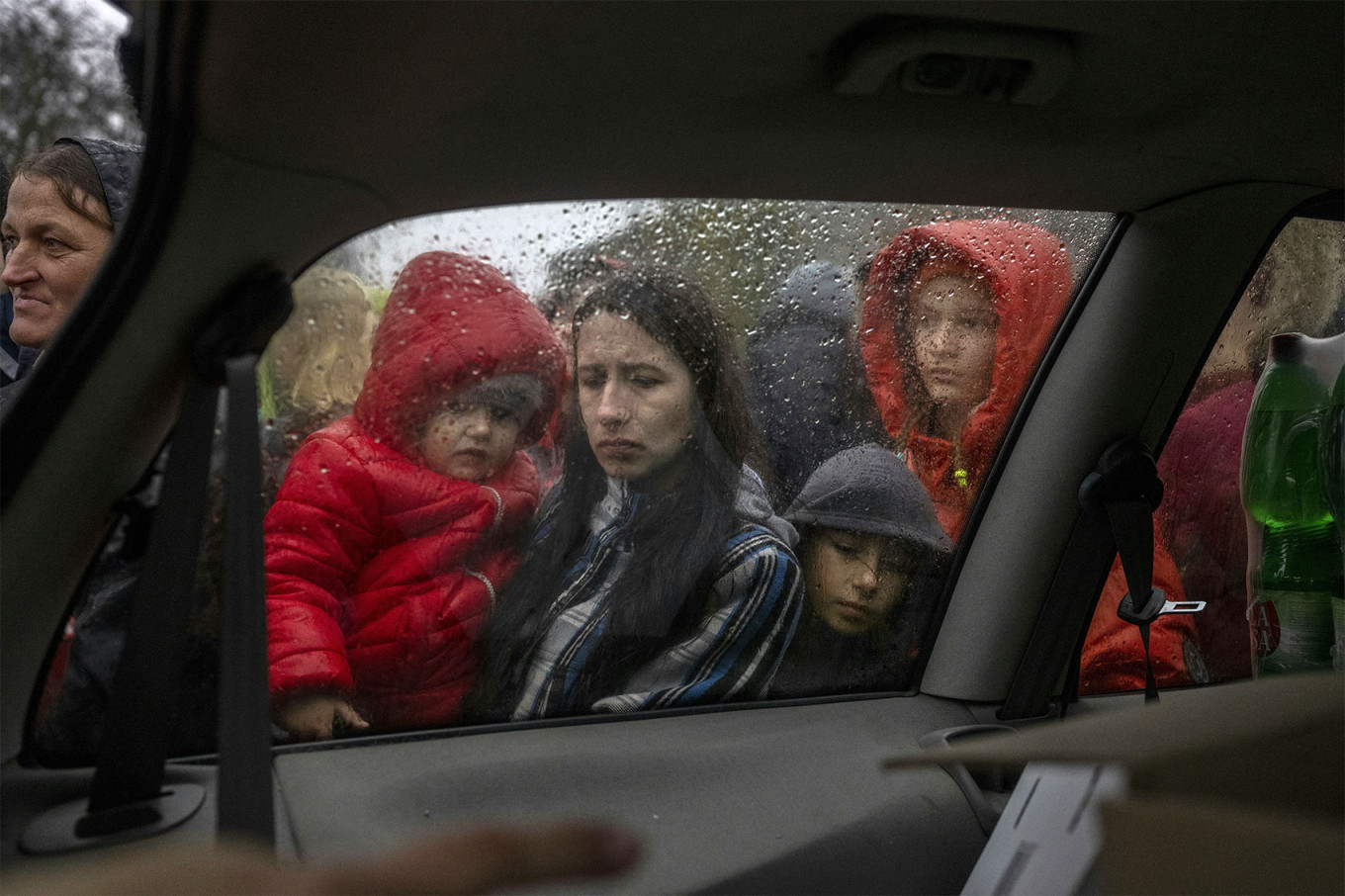 Local residents lining up in the rain outside an aid distribution center in the recently-liberated Ukrainian city of Kherson.
Bulent Kilic / AFP 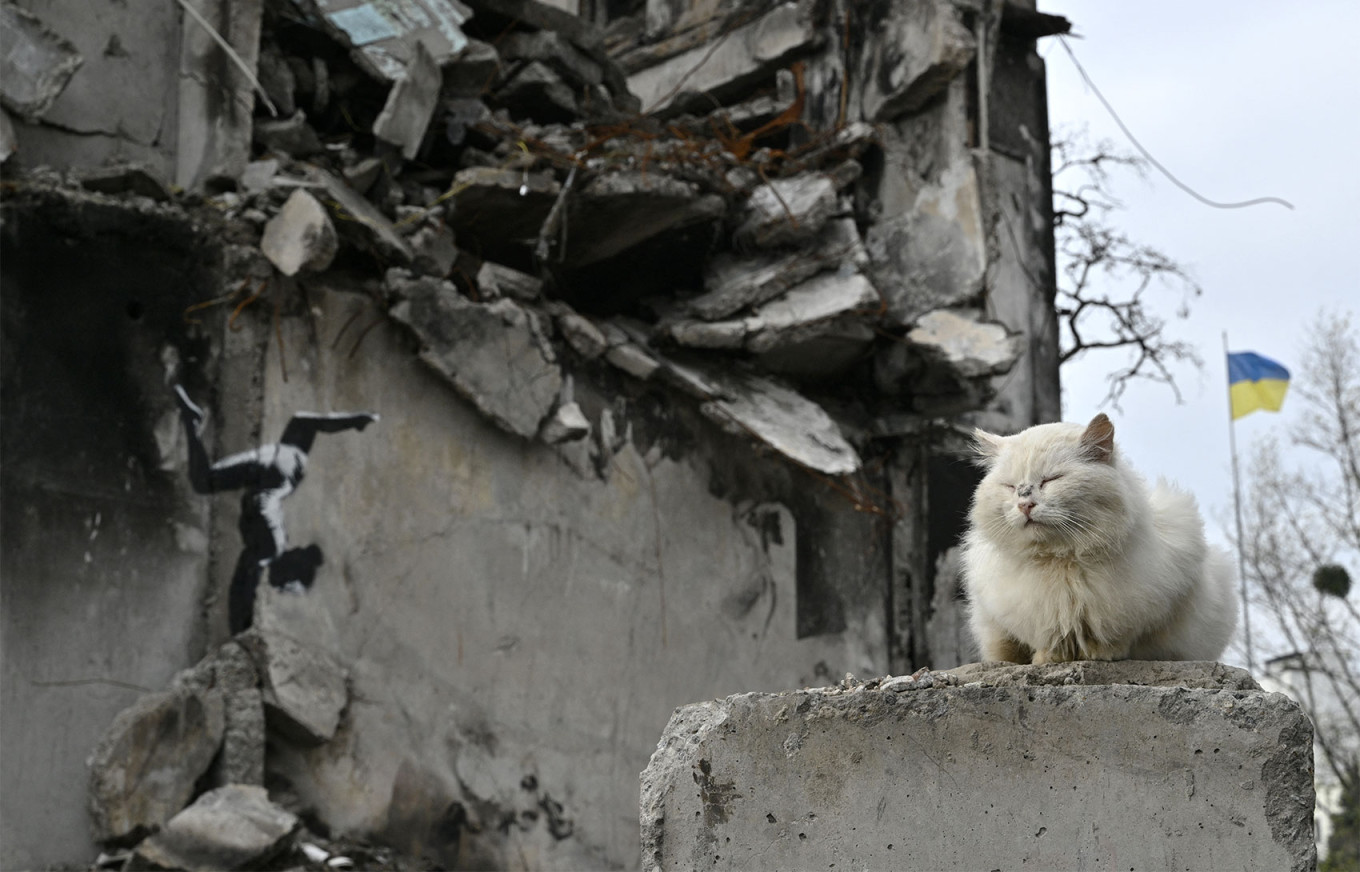 A local cat appears uninterested in an artwork by British street artist Banksy, which appeared on the wall of a missile-damaged building in the town of Borodyanka, near Kyiv.
Genya Savilov / AFP 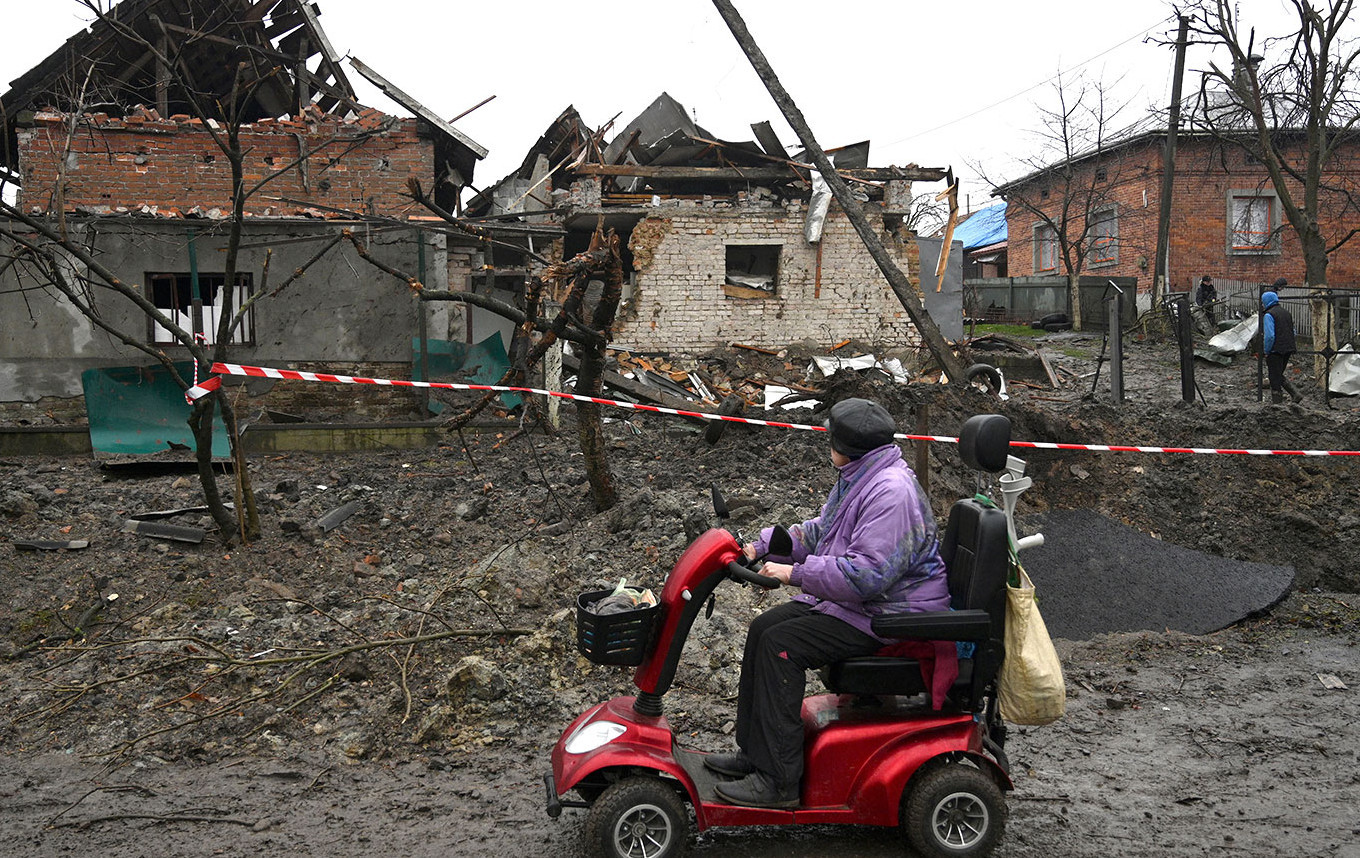 A woman on a mobility scooter surveys the damage caused by a Russian missile strike in a village near the western Ukrainian city of Lviv.
Yuriy Dyachyshyn / AFP 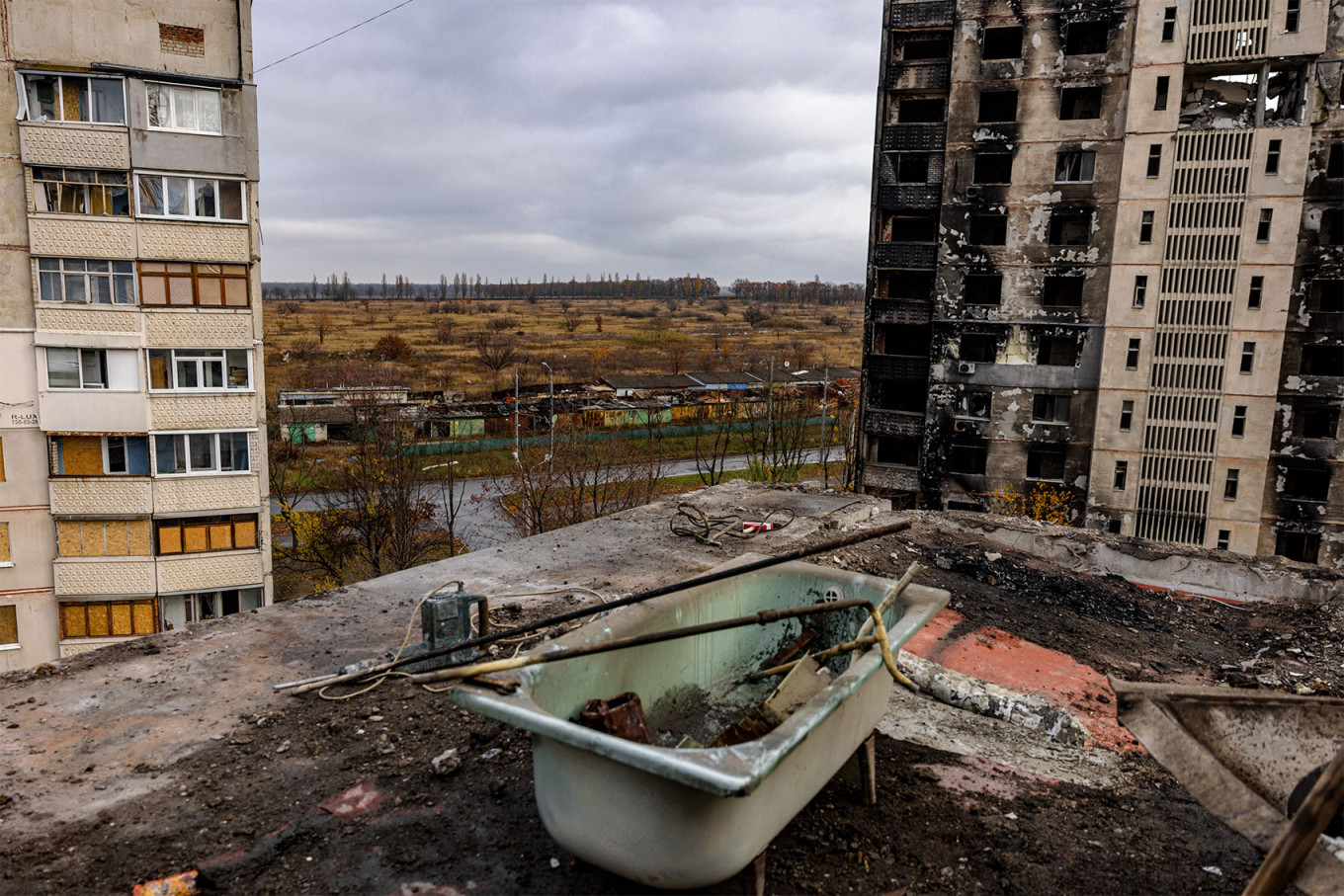 The shells of burned-out residential buildings on the outskirts of Kharkiv.
Dimitar Dilkoff / AFP 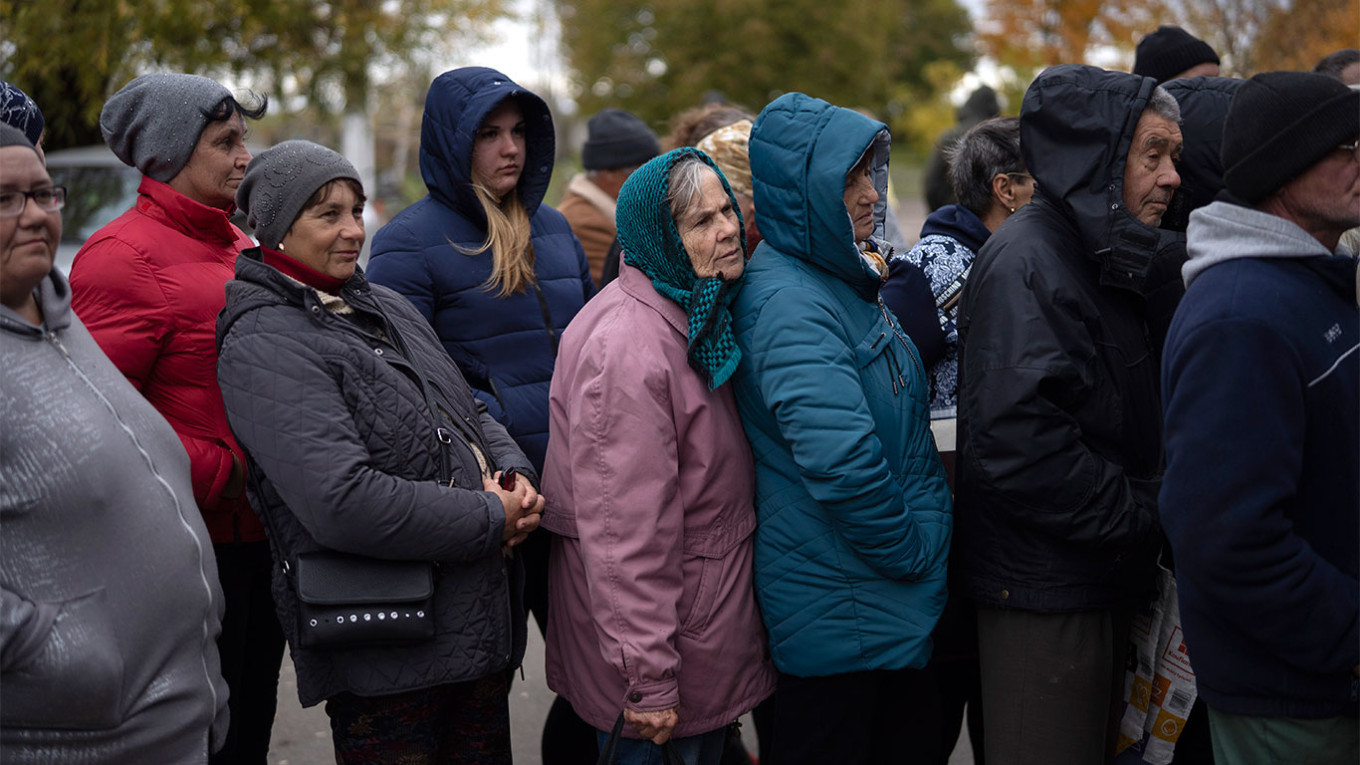 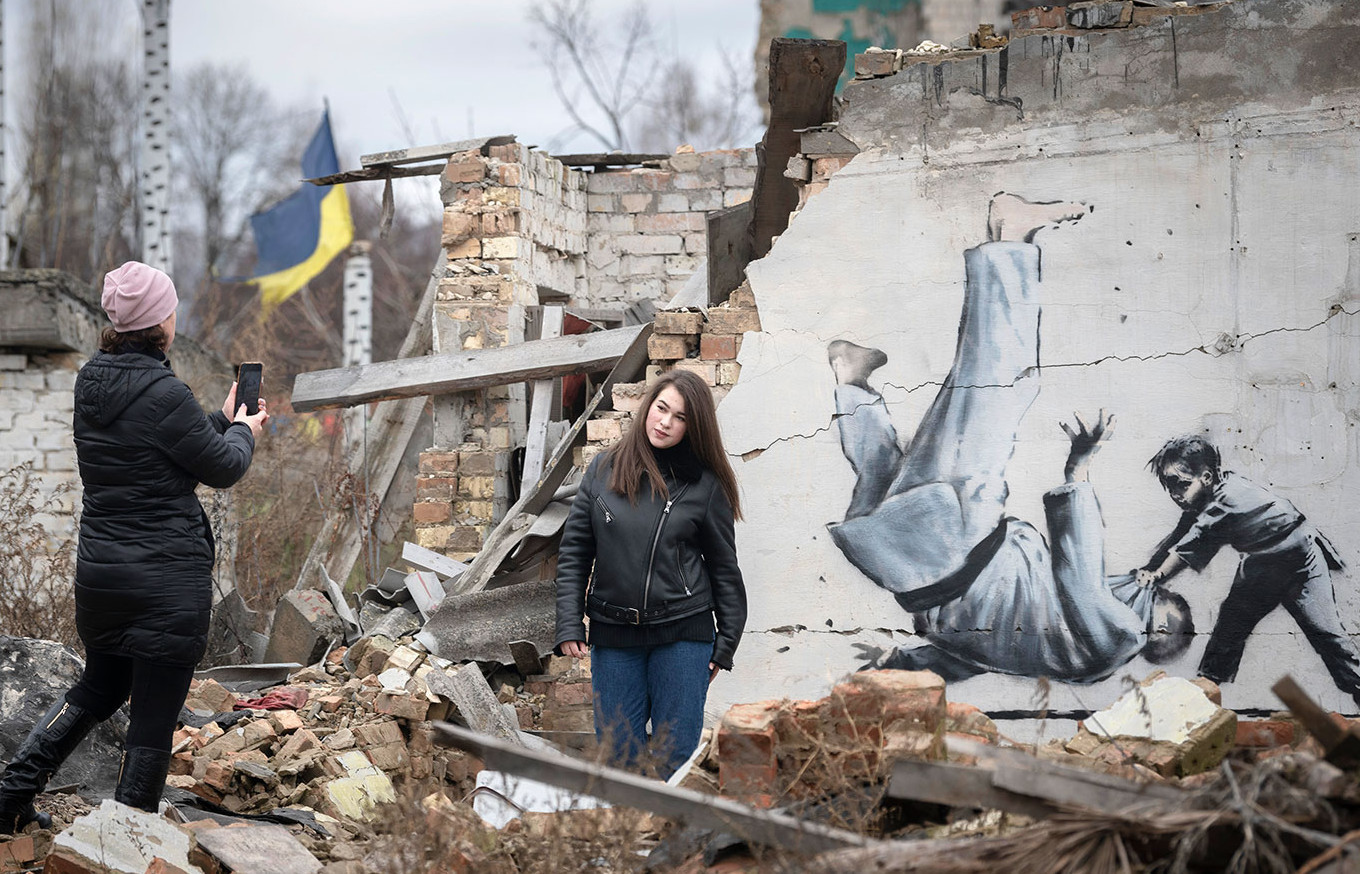 A local poses for a picture with an image of Putin being thrown to the ground by a young girl by British street artist Banksy on the ruins of a building in the town of Borodyanka, near Kyiv.
Andrew Kravchenko / AP Photo / TASS 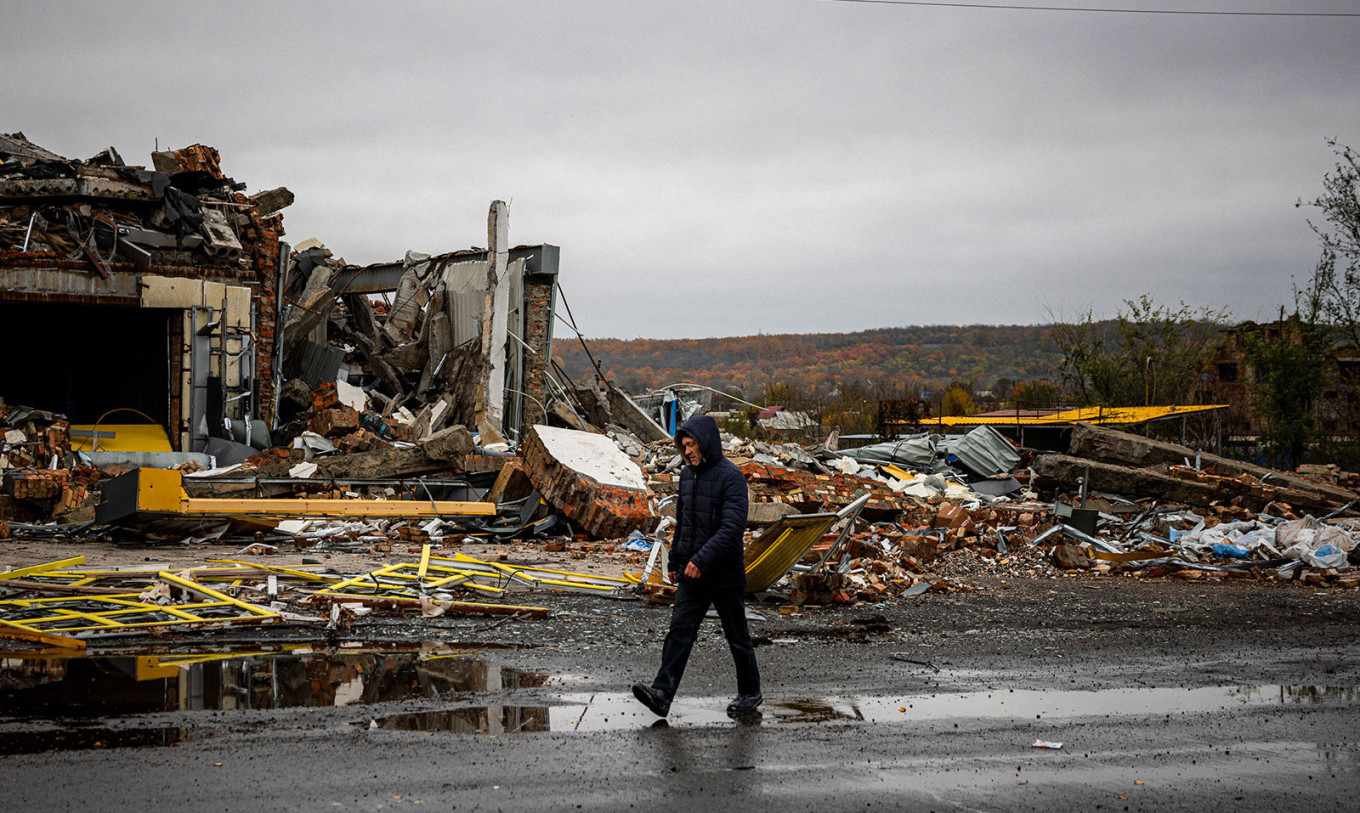 A man walks past the ruins of a house in the Donbas city of Bakhmut, eastern Ukraine.
Dimitar Dilkoff / AFP 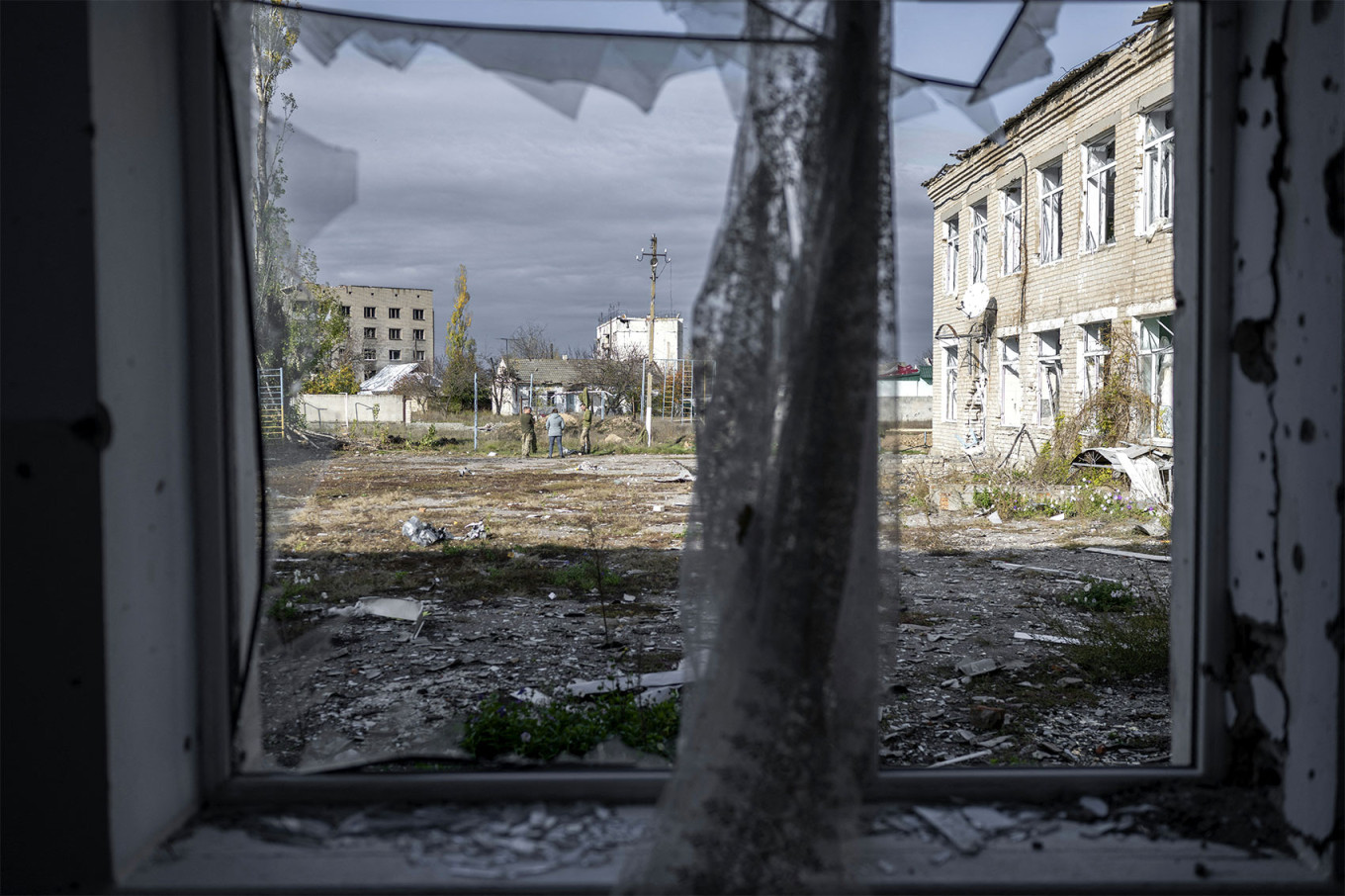 The remains of a school in the recently liberated Kherson region village of Arkhanhelske.
Bulent Kilic / AFP 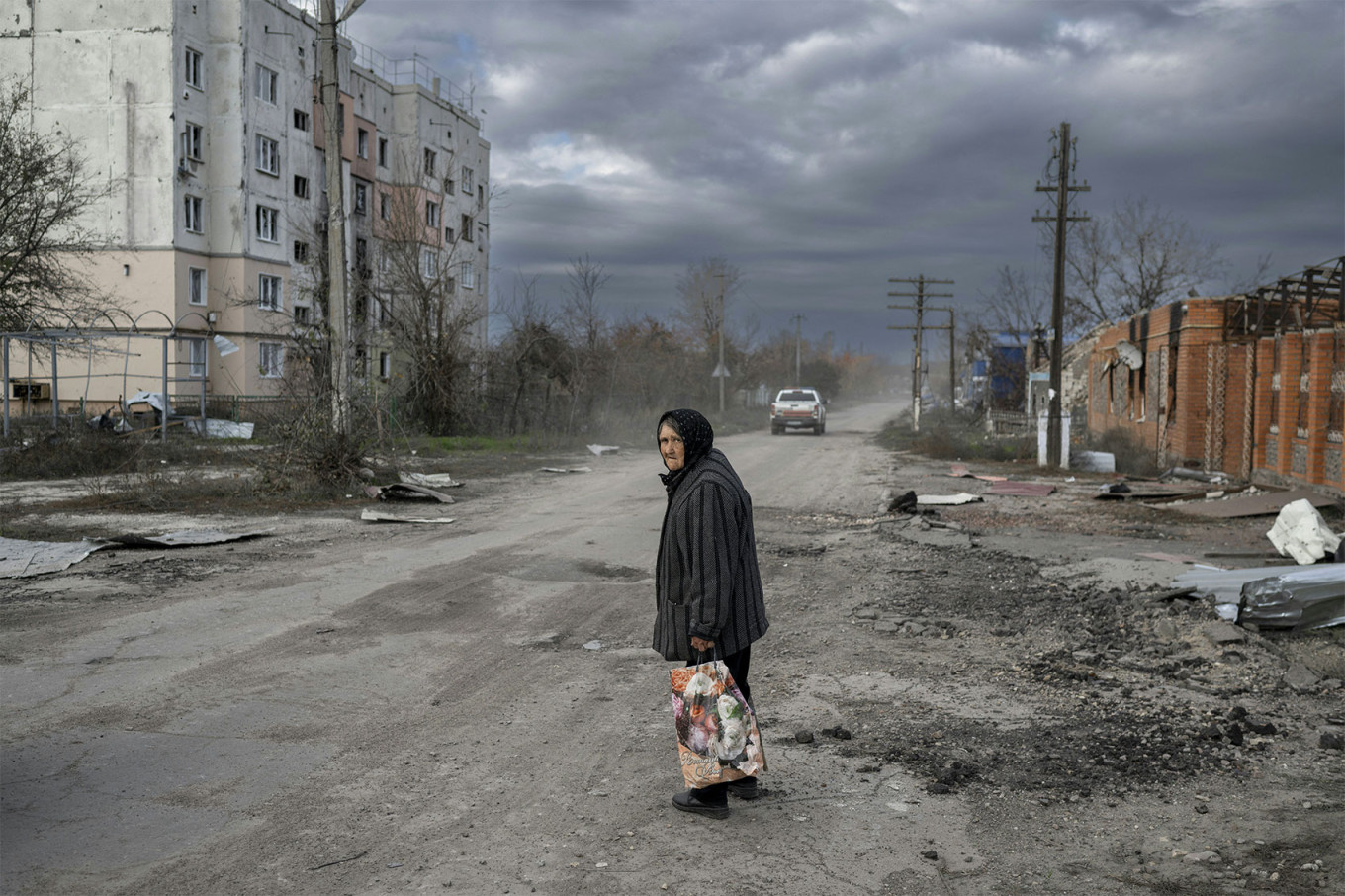 An elderly woman walks through the village of Arkhanhelske, which was until recently occupied by Russian forces.
Bulent Kilic / AFP 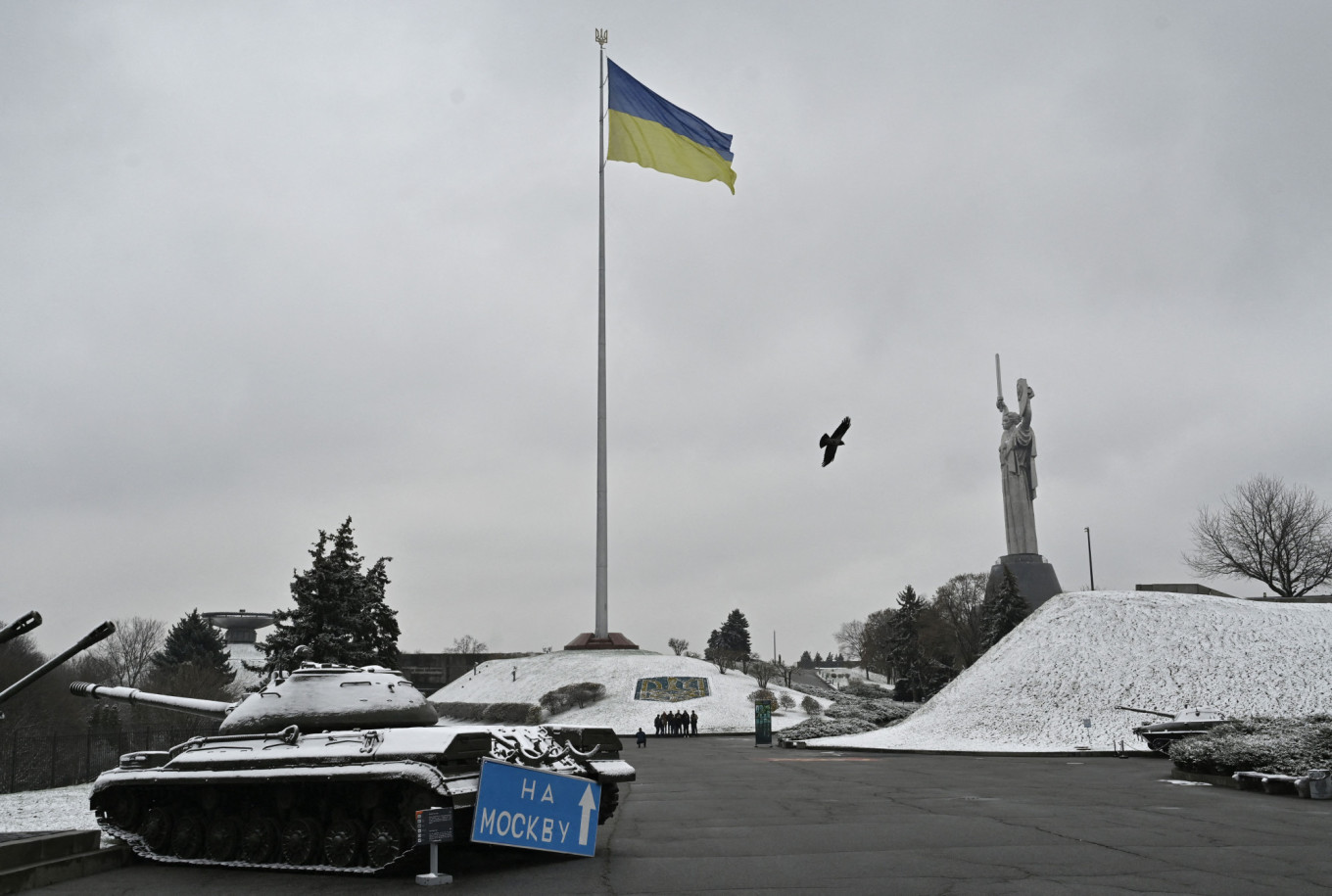 Locals taking a walk past Kyiv's Motherland Monument as the first snow falls in the Ukrainian capital. The sign by the tank reads "to Moscow."
Genya Savilov / AFP
Read more about: Ukraine , Ukraine war