For years the Alexander Palace has been a lovely classical structure viewed in the distance at the Tsarskoye Selo complex outside St. Petersburg. Built in 1796 by Giacomo Quarenghi for Catherine the Great for her favorite grandson, Alexander (to become Emperor Alexander I), it became the unofficial summer residence for emperors-to-be: Nicholas I and Alexander III, whose son Nicholas II was born there.

The dangers of revolutionary events of 1905 led Nicholas II and his family to move to the palace and make it their home. In 1917 after the Tsar’s abdication, the family of now “Colonel Romanov” was moved to Tobolsk, for the safety, and then to Yekaterinburg where they were all assassinated in 1918.

For a short time in 1918 the palace was opened as a museum of how the tsar lived, and then an orphanage, and then a vacation home for NKVD workers.

Before the war much of the interior objects were evacuated, and the palace was used as a German headquarters. Miraculously, it was looted, but not burned to the ground in 1945.

From 1951 to 2008 it was used by the Russian Navy. In 2012 the first stage of reconstruction was begun, which included 13 rooms in the personal apartments of Nicholas, Alexandra and their family. Of them only five were more or less intact.

The museum was closed from 2015-2021 and has recently reopened to showcase the newly restored interiors. The second stage of reconstruction is set to be completed by 2023. 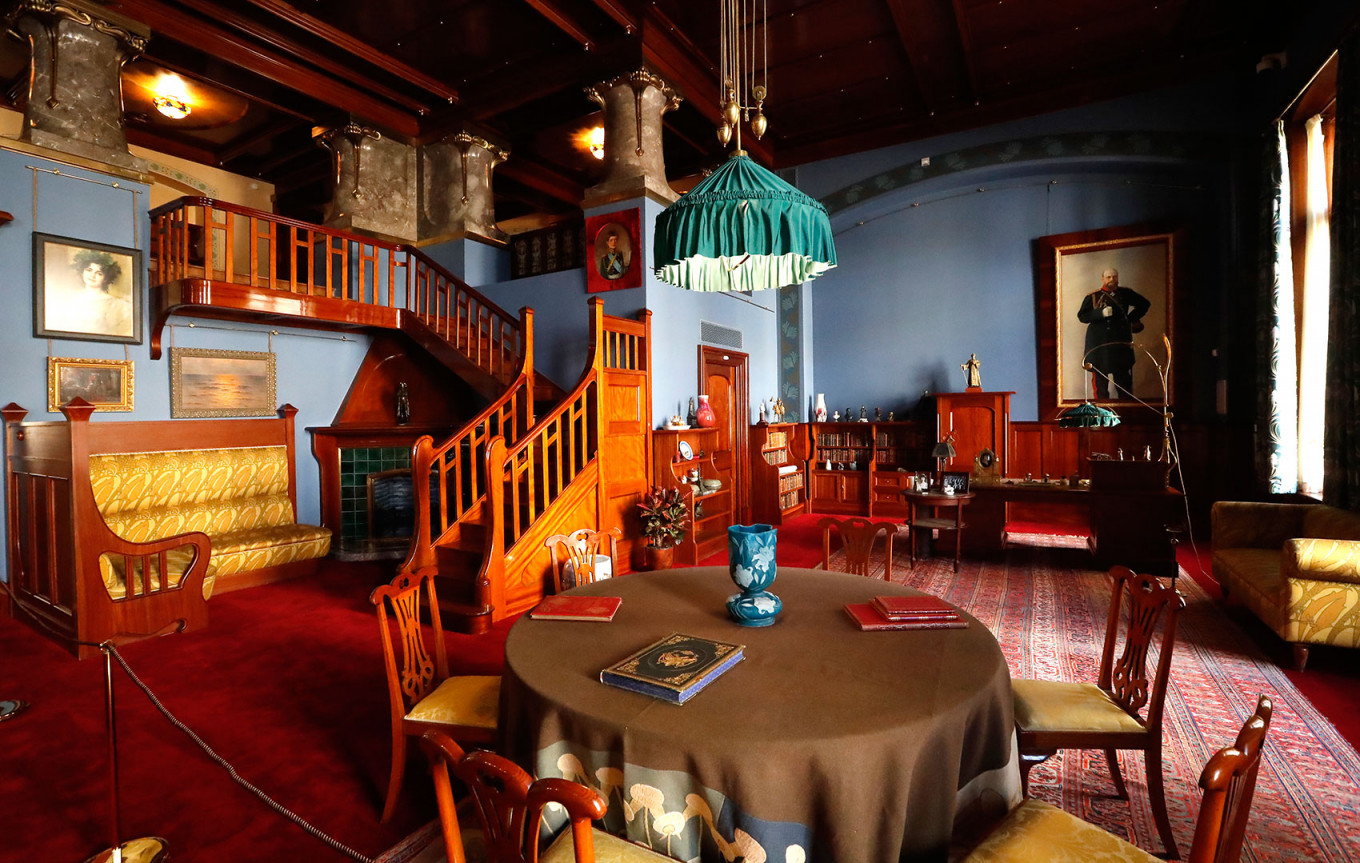 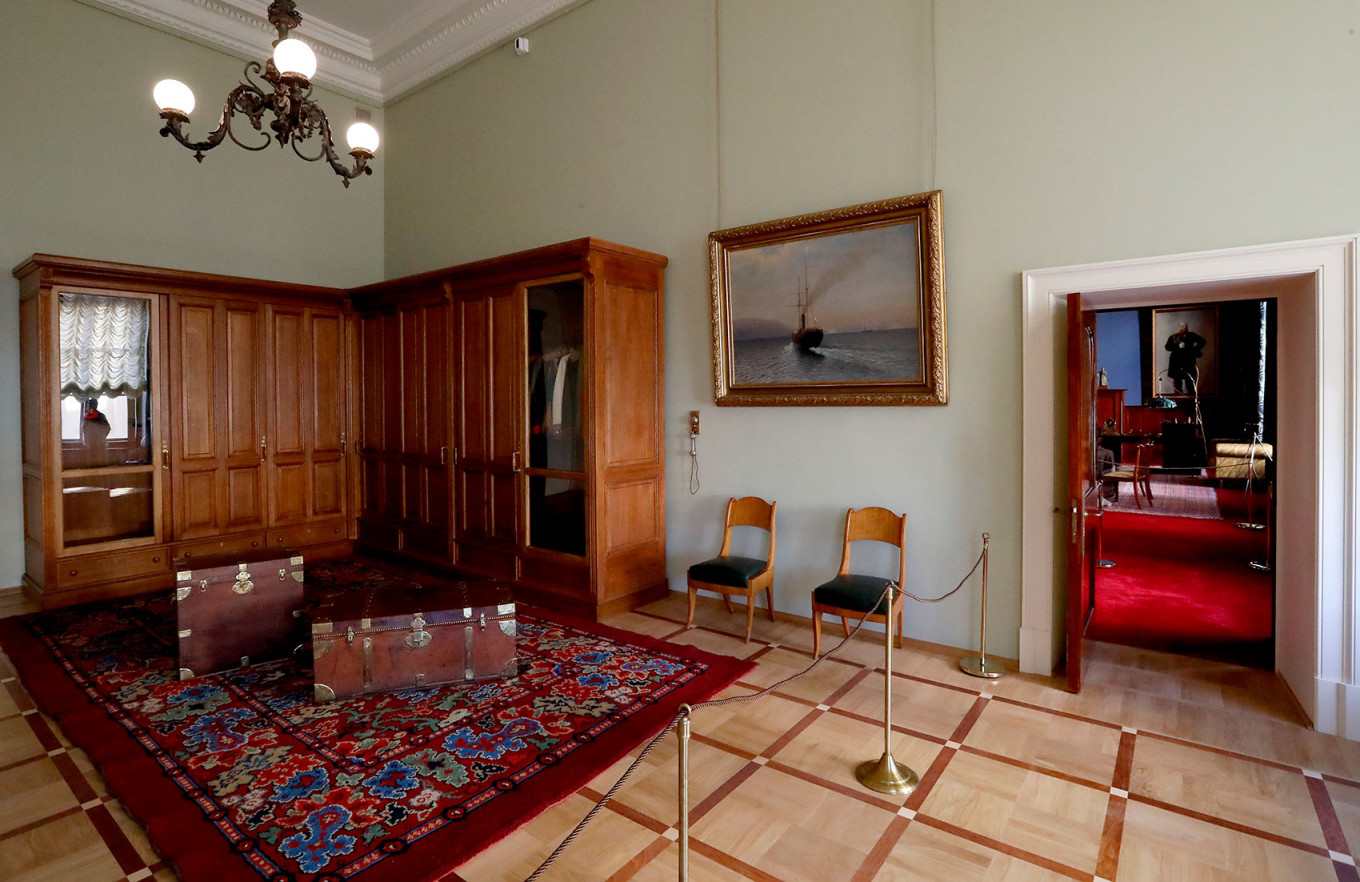 Documents show that 52,000 objects were evacuated from the palace before the Great Patriotic War, of which 45,000 have been lost. In the course of this restoration, 189 objects were identified and returned from other palaces and storage warehouses.
Anatoly Maltsev / EPA / TASS 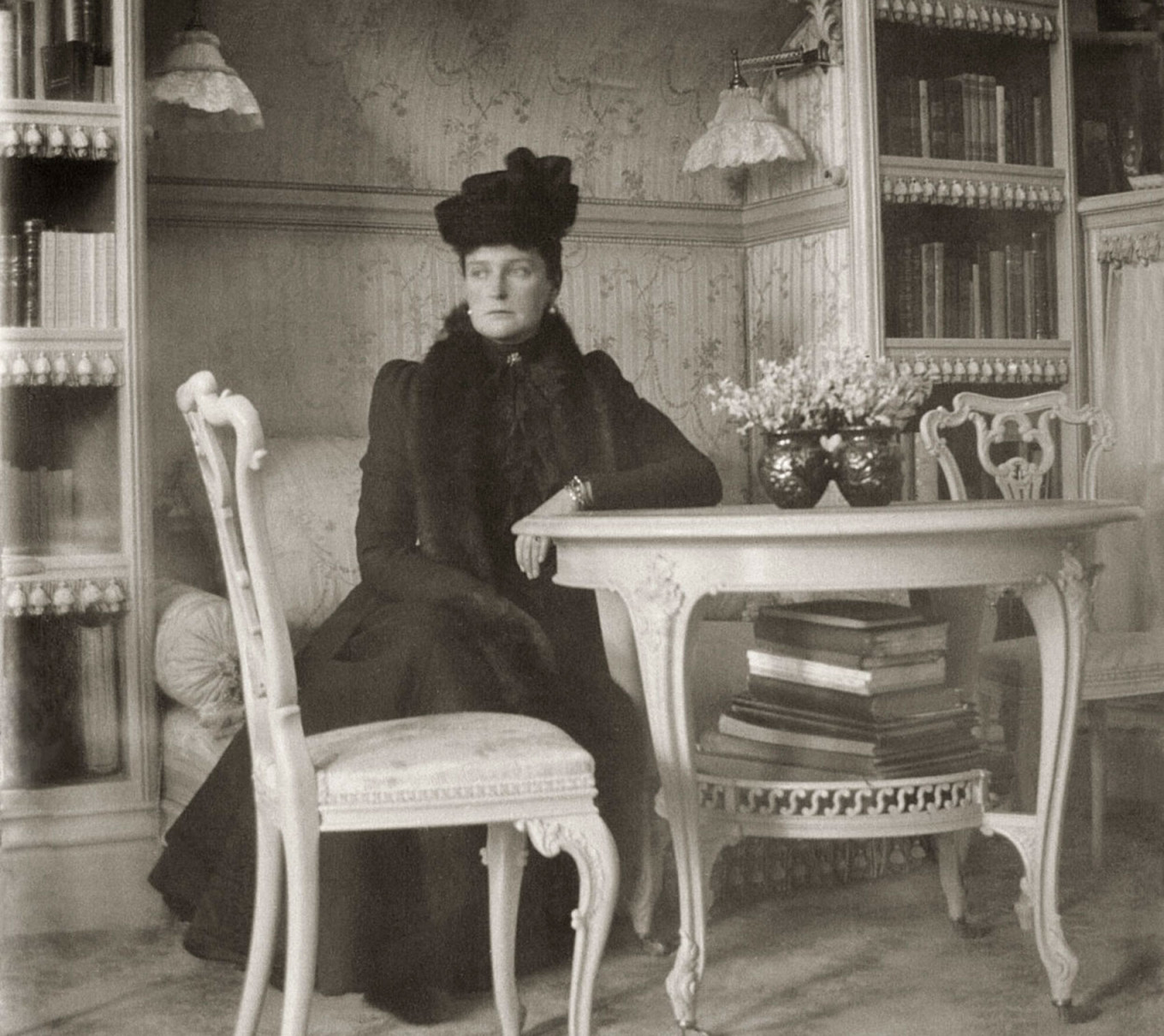 Empress Alexandra Fyodorovna in the Mauve Boudoir of the Alexander Palace

The family members were avid photographers, leaving behind a rich record of their last years. This was taken in the Empress's boudoir.
romanovempire.org 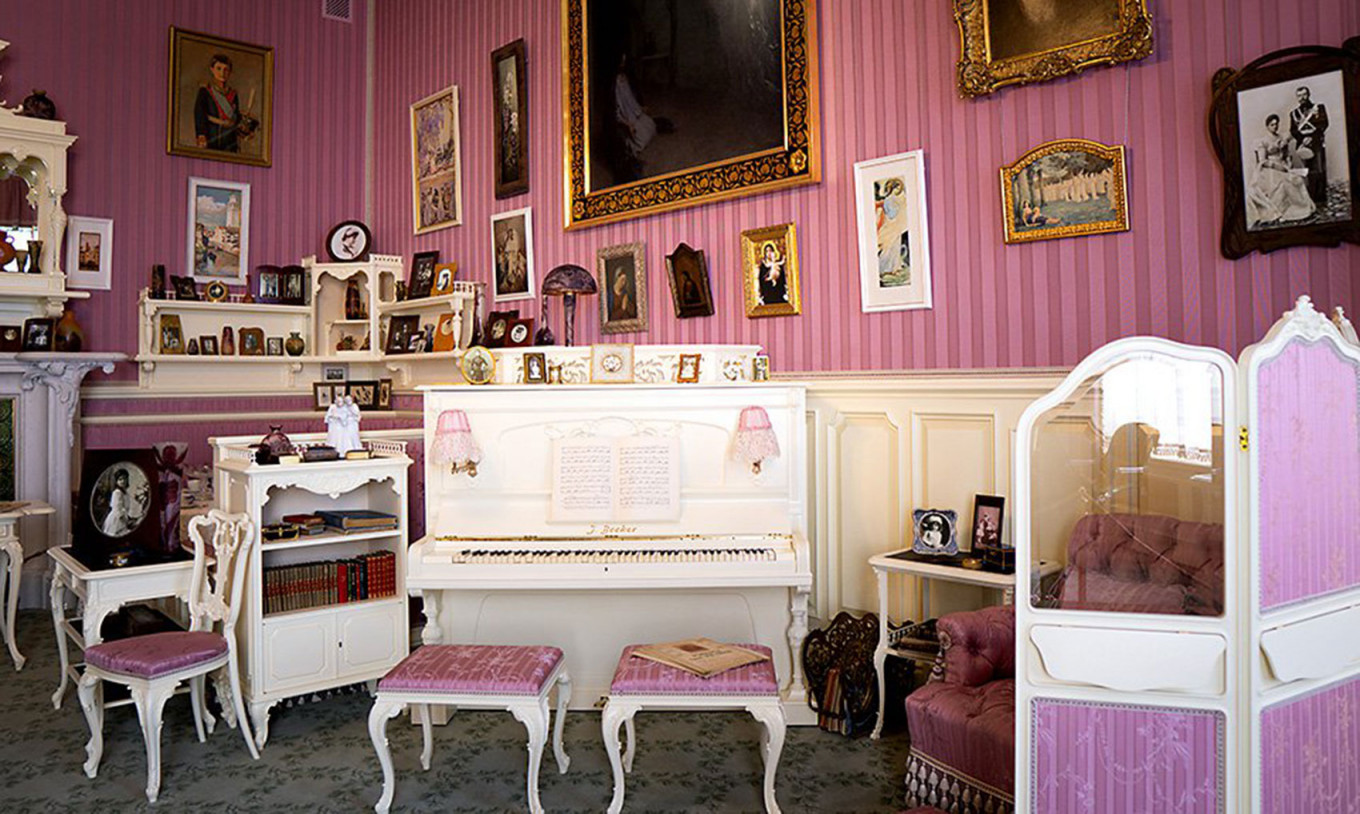 Today the room has been restored and decorated as it was 100 years ago.
The Tsarskoe Selo State Museum and Heritage Site 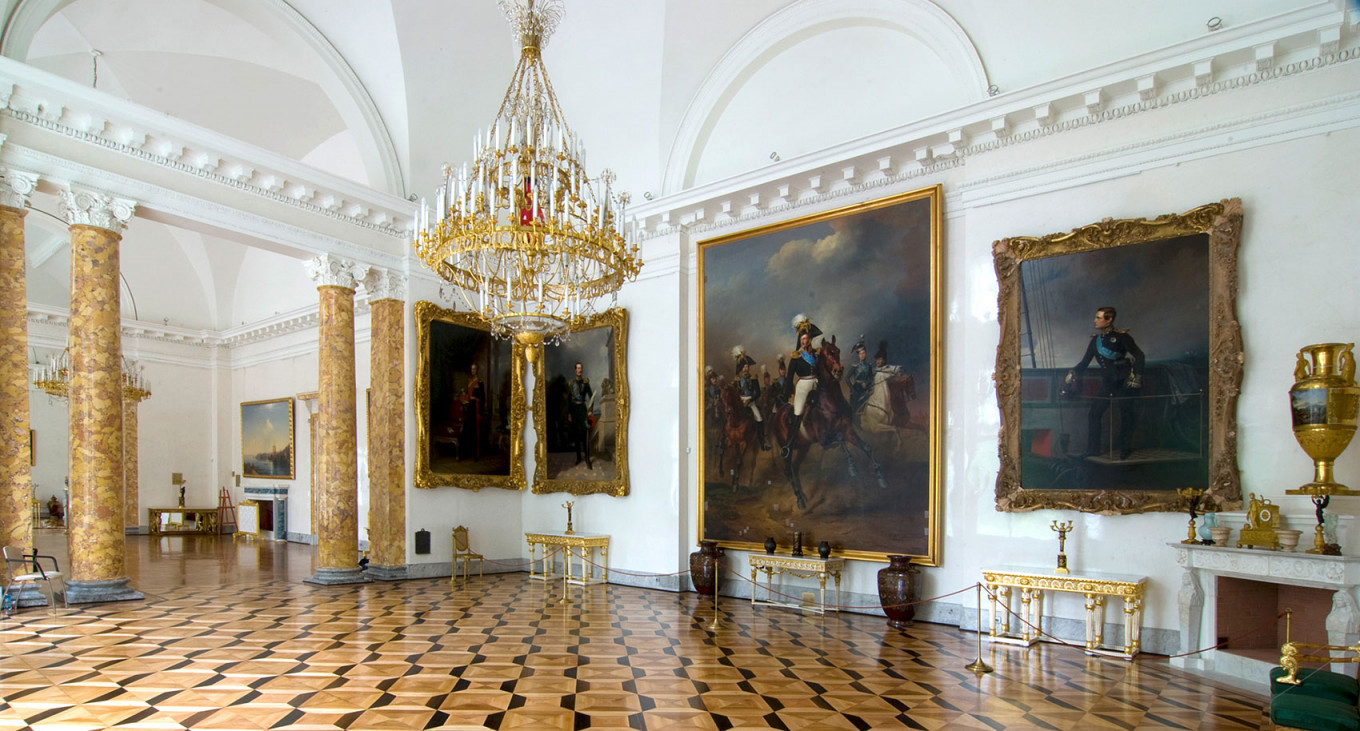 The Portrait Hall is on one side of the Semicircular Hall.
The Tsarskoe Selo State Museum and Heritage Site 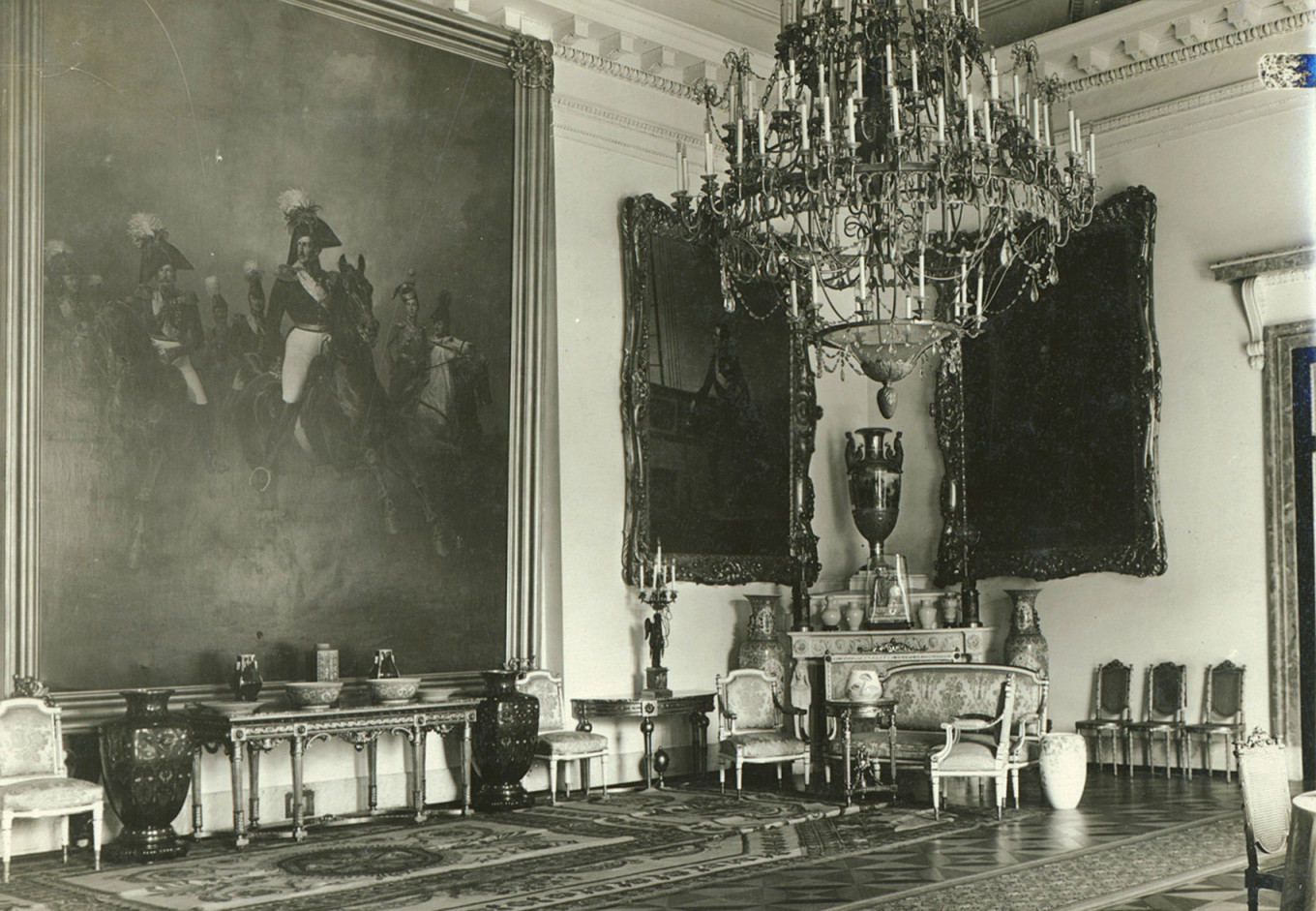 Much of the furniture and decorative objects remained in the formal rooms until they were evacuated just before the Great Patriotic War.
The Tsarskoe Selo State Museum and Heritage Site 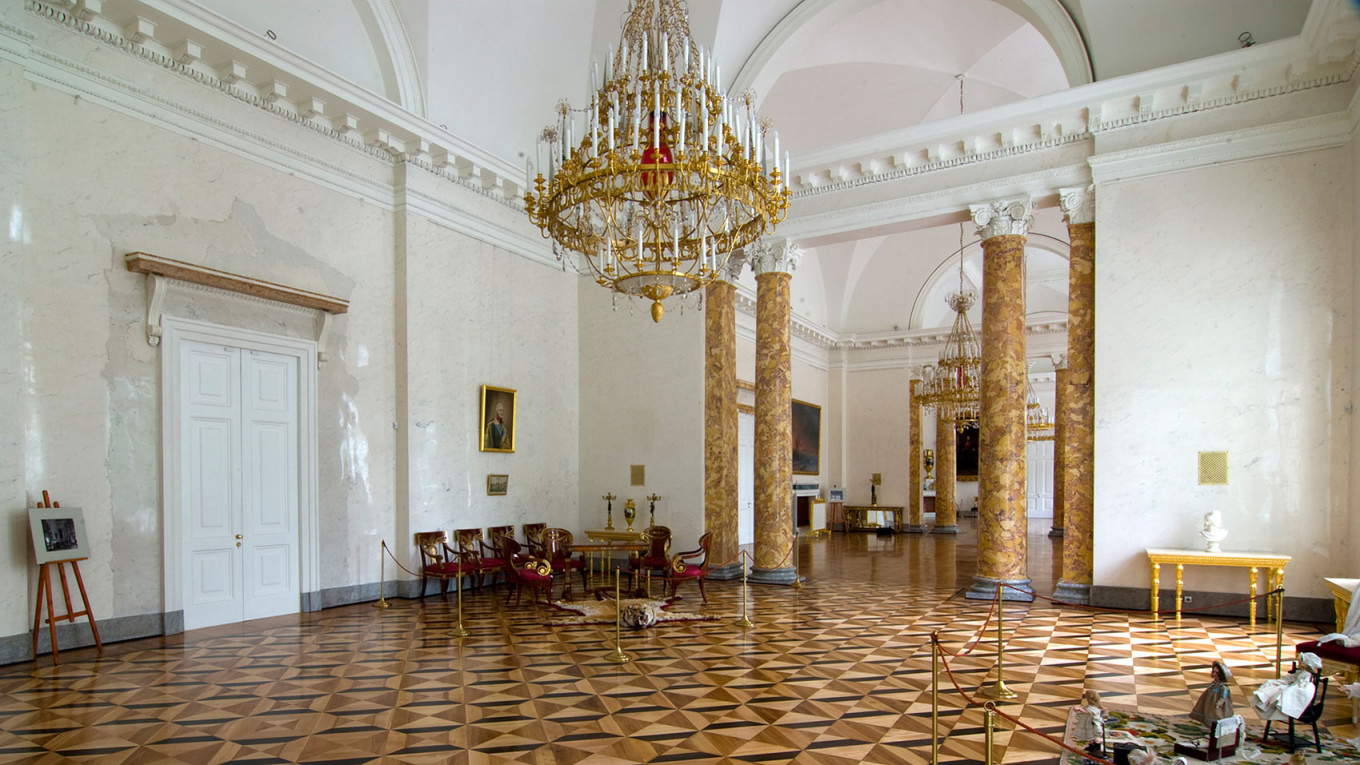 The Marble Drawing Room, also called the Billiards Room, is on the other side of the Semicircular Hall.
The Tsarskoe Selo State Museum and Heritage Site 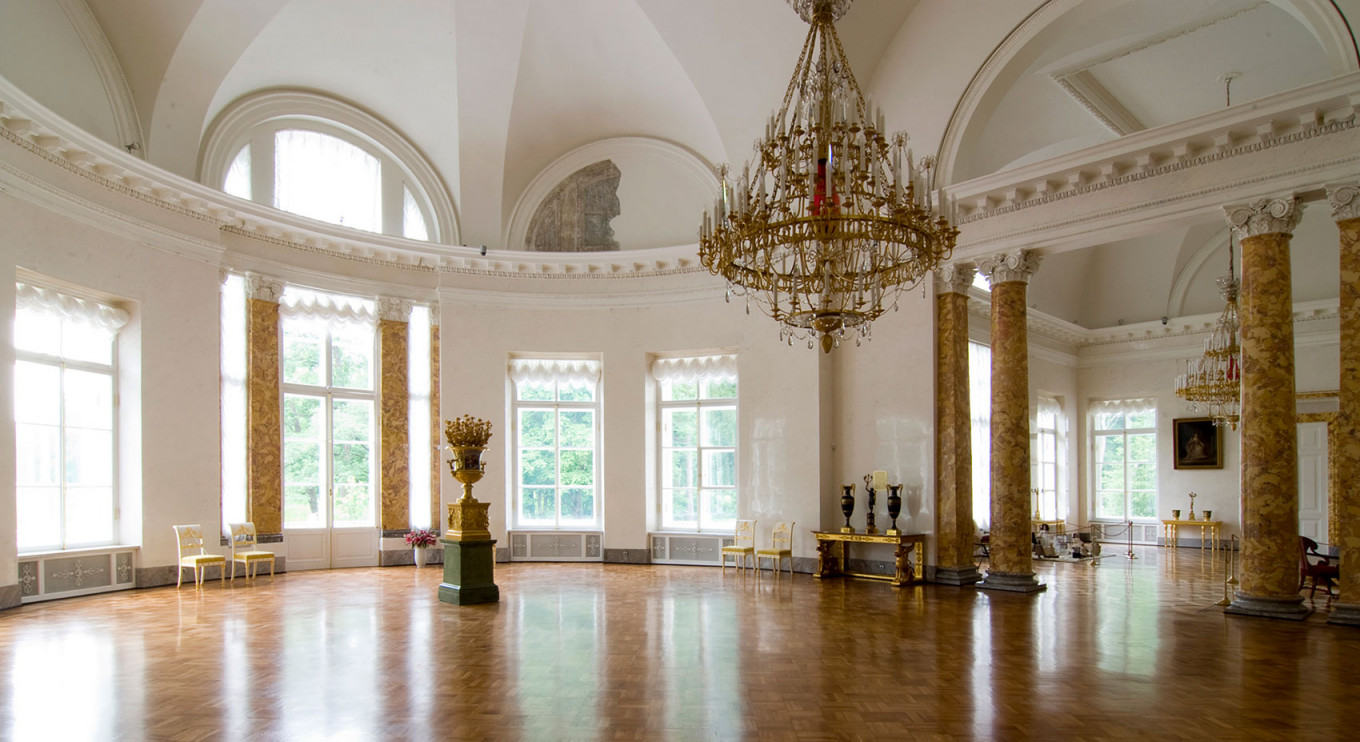 Like their predecessors, the last royal family did some redecorating and brought it up to date with electricity, a telephone, a lift and even a movie screening room in the formal Semicircular Hall.
The Tsarskoe Selo State Museum and Heritage Site 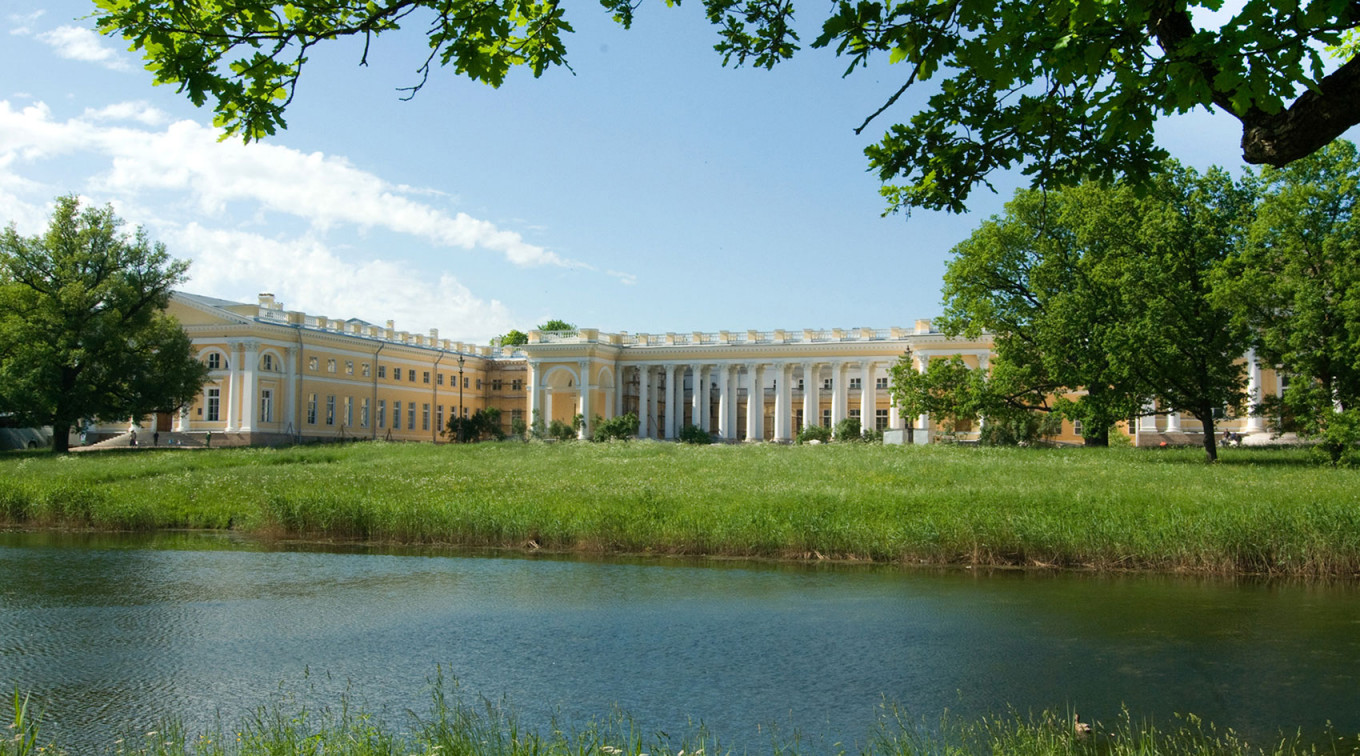 The exterior of the palace has changed little since it was built in the 18th century.
The Tsarskoe Selo State Museum and Heritage Site 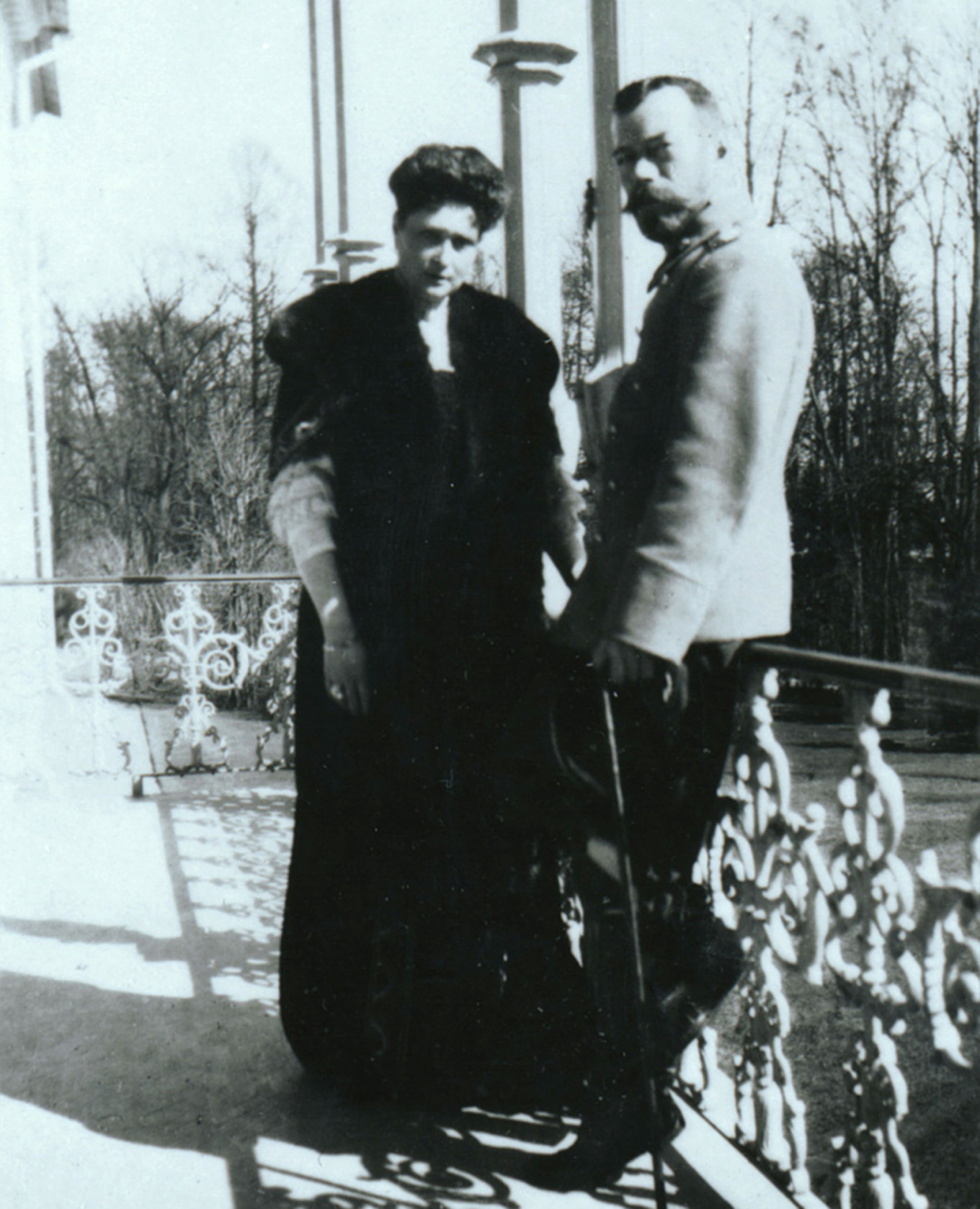