Ivan Lubennikov, one of Russia’s most original and celebrated monumental artists, died at age 70 on Sunday. His funeral was held today at the Kuntsevo cemetery.

His mosaics, murals and mixed media installations can be found in Moscow and other Russian cities as well as abroad. One of his most famous works is the new vestibule for the Mayakovskaya metro station (2005) that causes collisions as passengers gaze up at the mosaic clouds, airplanes and snippets of poetry on the vaulted ceiling.

Lubennikov also did the 24 silkscreen murals in the Sretensky Bulvar metro station and decorative metalwork in the Slavyansky Bulvar station. With Alexander Skokan Lubennikov designed and constructed a structure made of metal with photo- and video-materials at the U.S.S.R. section of the State Museum of Auschwitz-Birkenau (1985). He also created a three-dimensional metal and stained-glass composition of “Ryaba the Hen” for the Paris Metro. It was installed in the Madeleine station.

Lubennikov was born in Minsk in 1951 and graduated from the Surikov Art Academy Institute. He received many awards for his work and was a People’s Artist of Russia, a professor at the Moscow State Academy of the Arts Institute, and an academician at the Russian Arts Academy. 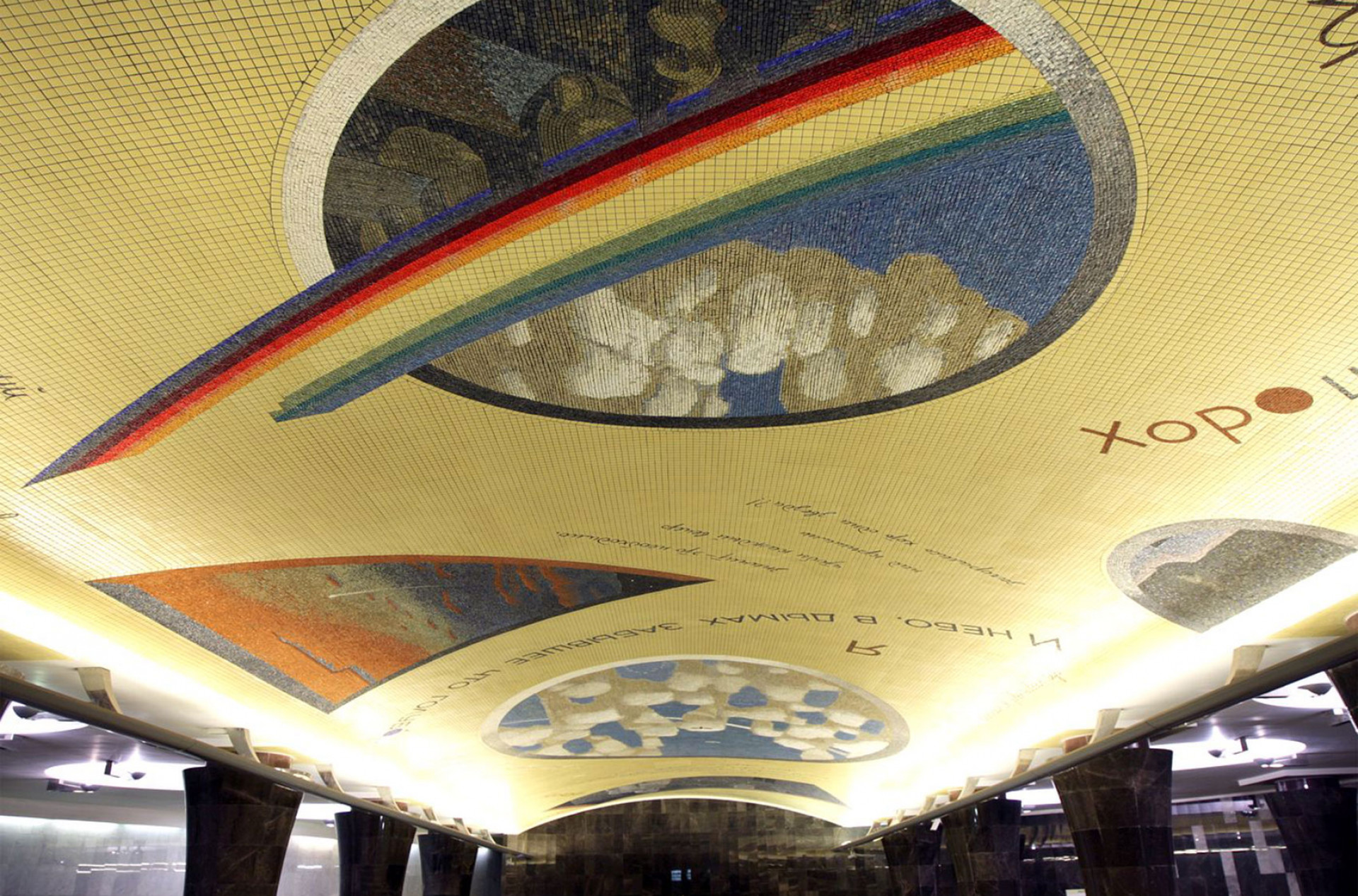 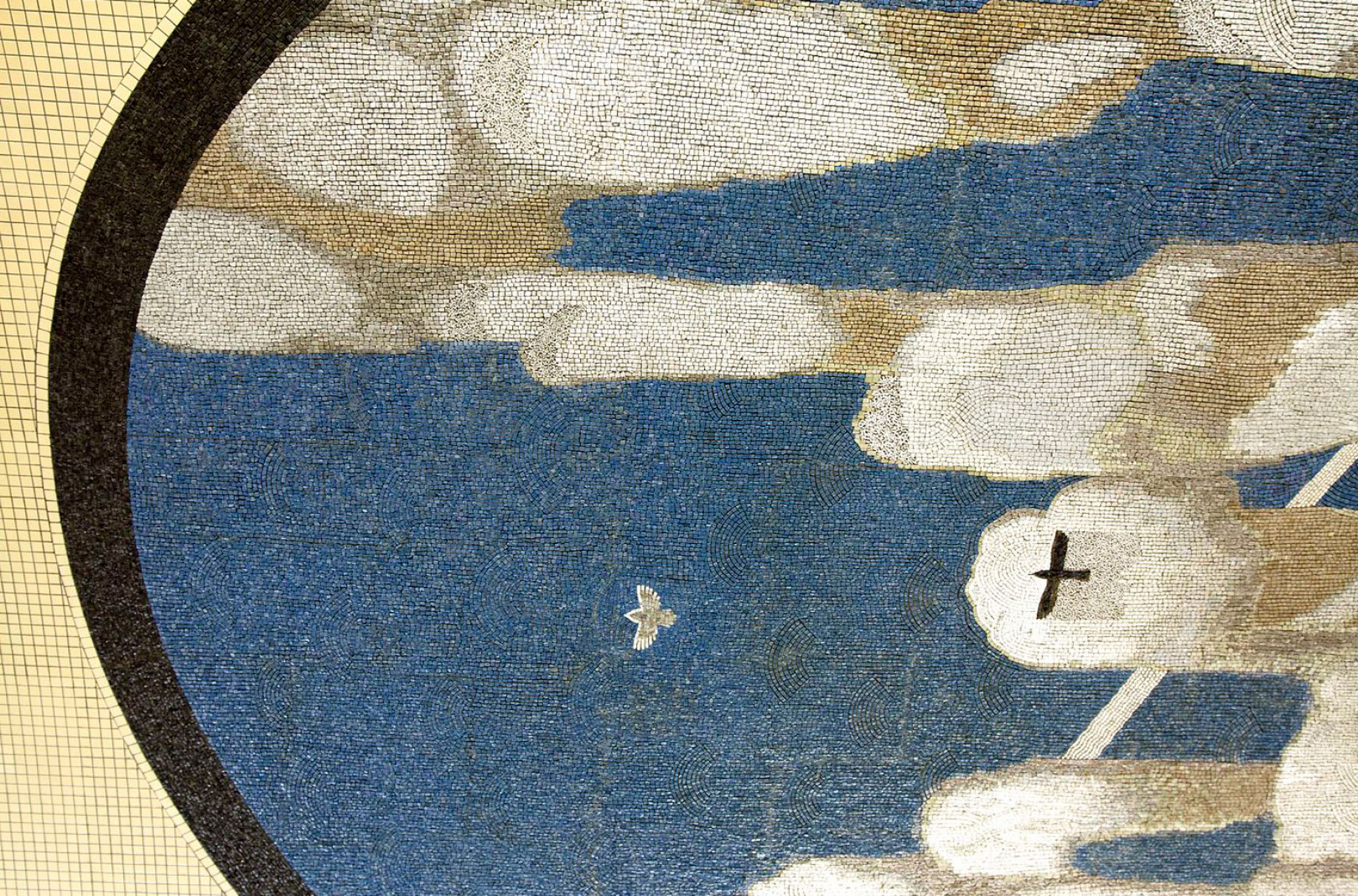 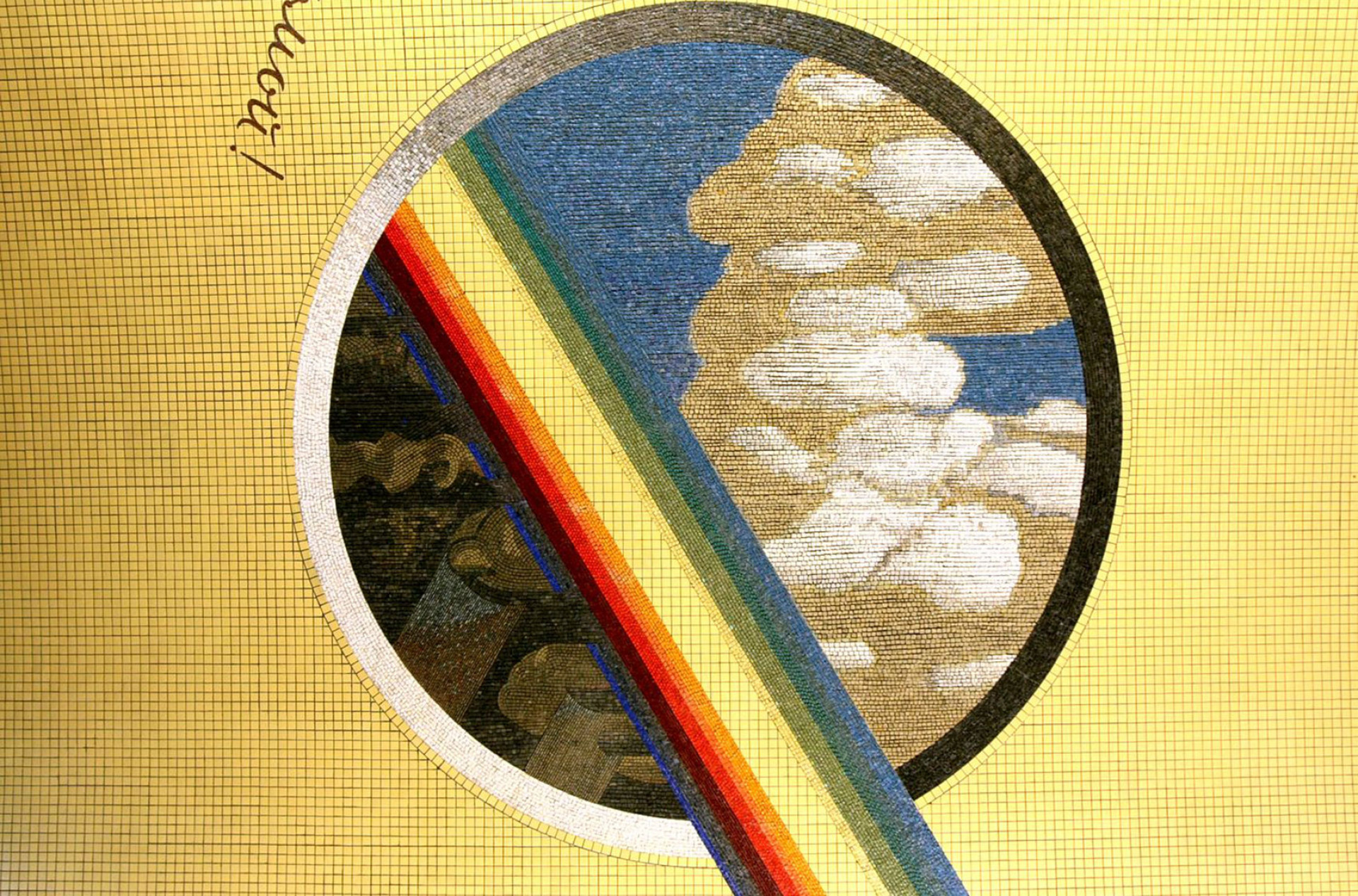 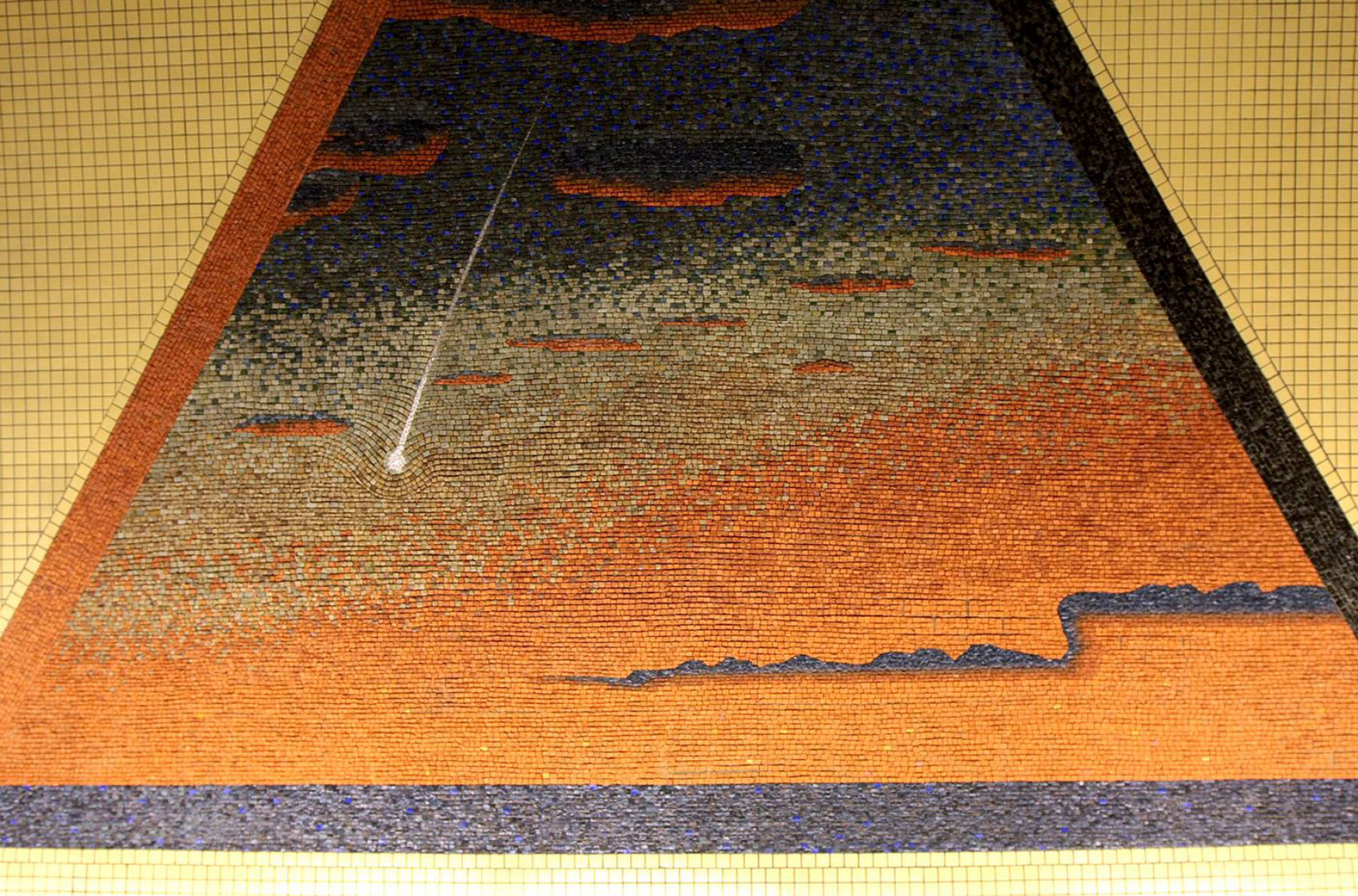 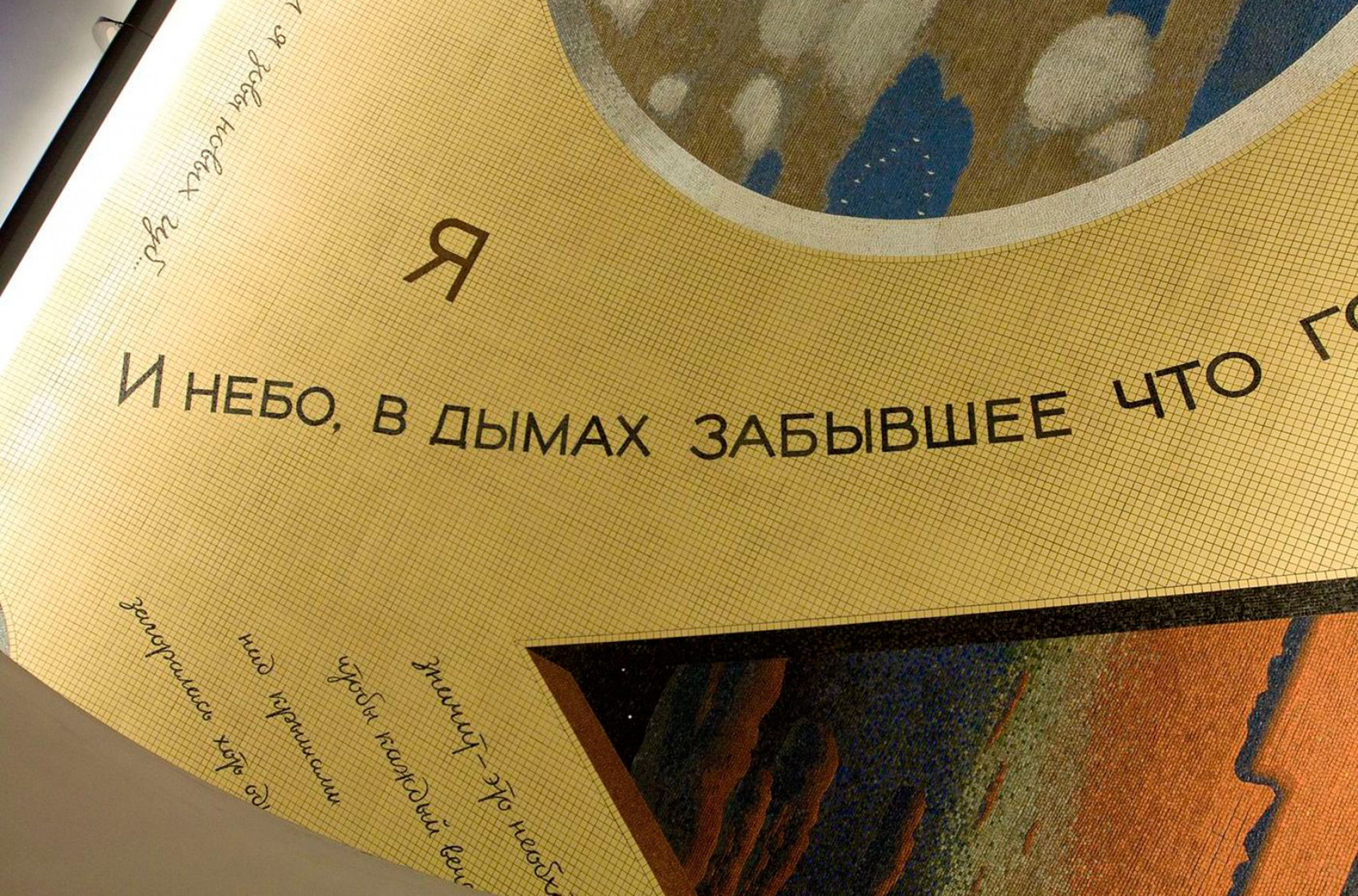