The European Union has just agreed to a new round of economic sanctions and to restrictions on flights from Belarus in response to the government’s criminal diversion of a Ryanair flight and arrest of an opposition journalist on May 22.

The EU could have done nothing less. The flight was from Greece to Lithuania, EU citizens on it were detained in Minsk and the journalist — Roman Protasevich — was living in Vilnius prior to his arrest and apparent torture. Such violations of EU sovereignty, of the rights of EU citizens, of the rights of political asylum and of air travel cannot be tolerated.

Yet punitive action, however justified, is not equivalent to a considered policy, and the EU suffers at the moment from having no perceptible Belarus policy. It has no working assumption of what Belarus is in relation to the EU, and it has not yet coordinated the wide range of opinion on Belarus within the various member states of the EU.

To succeed, the EU sanctions and the drive to isolate Belarus will have to be connected to some larger strategic aim. To succeed, it is necessary to know what success looks like.

Since 2009, Belarus has passed through four separate stages within EU policy.

First was the Eastern Partnership program, launched in 2009 and encompassing six countries, Ukraine and Belarus prominent among them. The EU was not attempting to sever these countries from Russia. Its goal was to integrate them — practically, culturally and to some degree legally — into the EU. The long-term changes would favor greater integration, or so it was hoped. This was the phase of optimism.

It ended in November 2013, when Ukraine’s government chose not to sign an EU association agreement in Vilnius. Protests erupted in Ukraine and the government eventually fell. Crimea was annexed by Russia, the Donbas invaded, and a new era of conflict between Russia and the West ensued.

Belarus itself was quiet in these years. It volunteered to serve as an intermediary between Russia and the West. The cease-fire agreements in Ukraine were brokered in Minsk and came to be known as the Minsk agreements.

The third stage was the most fleeting. Horrified by the war that had befallen Ukraine and being an opportunistic figure inclined to seek advantage from oscillating between Russia and the West, Belarusian President Lukashenko released a few political prisoners and signaled some interest in drawing closer to the West.

In February 2020, Secretary of State Mike Pompeo visited Minsk to explore whatever new opportunities there were to be explored. It was not the Eastern Partnership redux, and the Trump administration’s framework of great-power competition for Belarus was not quite that of the EU, but it was an open-ended state of affairs.

The fourth stage came suddenly. After rigged elections in Belarus, a substantial wave of protest swept the country. Lukashenko responded with violence and repression. The EU did not recognize the election. Critical of Lukashenko’s authoritarian tactics, the EU in general and Lithuania in particular welcomed many opposition leaders and activists, granting them political asylum.

The EU construed this as a partnership with the Belarusian people. But it was clear that the EU and the government of Belarus were locked in an adversarial relationship. It had taken eleven years to move from being partners to adversaries.

The EU is not well suited to dealing with adversaries that are neighbors. It is not a military power. Its raison d’etre is the avoidance of war, which can at times translate into the avoidance of conflict.

It also has no clear assumption about the nature of the adversity between Belarus and the EU. Is the eventual goal regime change, a 1989-style collapse of this the most Soviet of the post-Soviet countries? Is the goal to defeat Belarus, a small, economically deficient country up against the massive EU? Is the goal to deter Belarus from creating problems within the EU, on the assumption that the EU cannot or should not be involved in the internal affairs of Belarus?

Such vexing questions are complicated by the various answers individual EU member states give to them.

In September 2020, then Foreign Minister of Lithuania, Linas Linkevicius, wrote a piece for Politico titled “Lukashenko Is No Longer President of Belarus,” arguing that as an illegitimate leader, Lukashenko should be treated as such.

Other EU members, especially those in the South and West of Europe, tend to see Belarus as far away. For them, a working relationship with Russia might appear preferable to the romantic hope for a Belarusian democracy. The ambiguity of EU convictions on Belarus helps Europeans to see EU policy as well intentioned and benign, while Lukashenko views this same policy as confrontational and invasive. That is a potentially dangerous state of affairs.

The EU’s economic sanctions and its travel restrictions will have little short-term effect on Lukashenko’s conduct or on the EU’s relations with Belarus. These EU measures may even have been – for Lukashenko – the anticipated and desired consequences of hijacking the airplane.

The EU should take advantage of this fraught moment to work on several long-term objectives. It should think through the terms of its adversarial relationship with Belarus. More effort should be put into deterring Belarus from damaging EU interests than into engineering political outcomes within Belarus, an uncertain enterprise at best.

The EU should also find a way to reach consensus among its member states, wedding concern to pragmatism and pragmatism to concern.

Those member states that see no problem in Belarus, who see it as comfortably far away, should be chastened by the events of the past few days. Belarus is a deeply troubled country in a geopolitical danger zone. It very much matters.

Meanwhile, those EU member states that aspire to regime change – tacitly perhaps but regime change nevertheless – should be persuaded that this cannot be EU policy. It carries too many risks, and it is not the majority point of view within the EU. The EU has a talent for consensus. Only with true consensus behind it will the EU’s foreign policy have traction.

Finally, the EU should invest in the youth of Belarus, which in a sense it was trying to do with the Eastern Partnership program of 2009. It should be creative about connecting a free media to interested audiences in Belarus. It should be consistent and precise in stating that its problem is with the government and not with the people of Belarus. And it should beware of the long-term drawbacks of sanctions and of travel restrictions.

The trick of EU policy should be to uphold its interest and its principles, which cannot be done without confrontation, while not punishing and isolating too radically a country that will benefit over time from its proximity to the European Union. 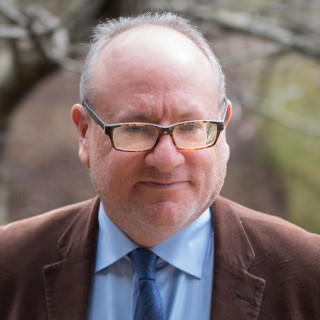