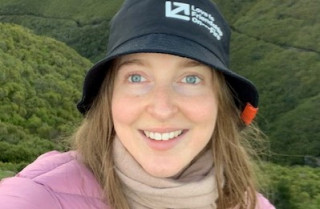 Every year audiences in Wiesbaden, Germany come together to watch films from their neighbors to the East. The GoEast Film Festival shows about 100 films from almost 40 countries in Eastern and Central Europe and the former Soviet Union. This year the festival audiences on- and offline saw an enormous variety of films in every genre, both the most recent productions  and decades-old films that are rarely shown.

Until the end of the 1980s, the Deutsches Filminstitut (German Film Institute) held “Eastern European Film Weeks,” sending films around the country to provide glimpses behind the Iron Curtain. Since 2001, GoEast has set out to do even more: to initiate a genuine cultural dialog and exchange between directors from the East and West and their audiences.

The weeklong event is one way to shatter stereotypes and see films that would otherwise not be accessible. “Some of the movies will not be marketed in Germany and the only way to watch them is by attending the festival,” festival spokesperson Roman Polanski said.

Festival director Heleen Gerritsen described their criteria for choosing films. “It’s the perspective of the story that decides if the movie will be part of the competition,” she said. For example, “At Dusk” by Šarūnas Bartas (Lithuania) presented the familiar story of partisan fighters from a new angle, and the film “Yellow Cat” from Kazakhstan, directed by Adilkhan Yerzhanov, tells the tale of an ex-con trying to make good with fresh and unexpected humor.

The 2021 Golden Lily prize for best film went to “This Rain Will Never Stop” by Alina Gorlova, the story of 20-year-old Andriy Suleyman, who gets caught up in the military conflict in Donbass after fleeing the Syrian civil war. “I don’t think the jury’s decision was politically motivated or symbolical. We have other awards for that,” Gerritsen said. “It was rather an expression of delight for the very intelligent and moving connection of two conflicts that deeply concern Germany’s audience today.”

The award of the city of Wiesbaden for best director went to Juja Dobrachkous for “Bebia, à mon seul désir.” One of the festival’s most striking films, it was shot in black and white, which made this story of the reconciliation of old family traumas feel familiar and foreign at the same time. When Ariadna’s grandmother dies, the young woman, who is working abroad as a model, returns to her native Georgian village. As the youngest member of the family, she must perform an ancient ritual: string a thread from the hospital where her grandmother died to the coffin she will be buried in so that her grandmother’s body and soul can reunite.

The film festival organizers said that they didn’t have an explicit goal of promoting women filmmakers this year. “The GoEast festival simply had a large number of great films by women,” Gerritsen said.

For more information about the festival and films shown, see the site here.

Katharina Erschov reports on film, culture and travel from Berlin.

“All” gay sex and male kissing scenes had been deleted, according to viewers at the Moscow screening of "Rocketman."
Movies

Russia’s Culture Ministry postpones a major feature that was originally scheduled to premiere on the same day as a Russian film he had reportedly inspired...