Supporters of jailed opposition figure Alexei Navalny took to the streets Wednesday with calls to free the Kremlin's most outspoken critic as he entered his fourth week of a hunger strike.

Navalny's allies called on supporters to protest in a last-ditch effort to save his life after his doctors warned that he could die "any minute."

Since being sent to prison, Navalny has been suffering from severe back pain and leg numbness. He went on hunger strike to demand proper treatment for those ailments and his health deteriorated even further, with his doctors reporting severe weight loss and dangerously high blood potassium levels.

While 460,000 people across 200 cities initially signed up for the rallies on a website created by Navalny’s team, eyewitnesses estimated the actual turnout to be much lower.

The scale of aggressive police tactics was also considerably less severe compared to similar demonstrations in January. At least 1,788 people were detained in 97 cities across Russia on Wednesday night, according to data published by the OVD-Info independent monitor.

Here is what the Wednesday rallies looked like across Russia: 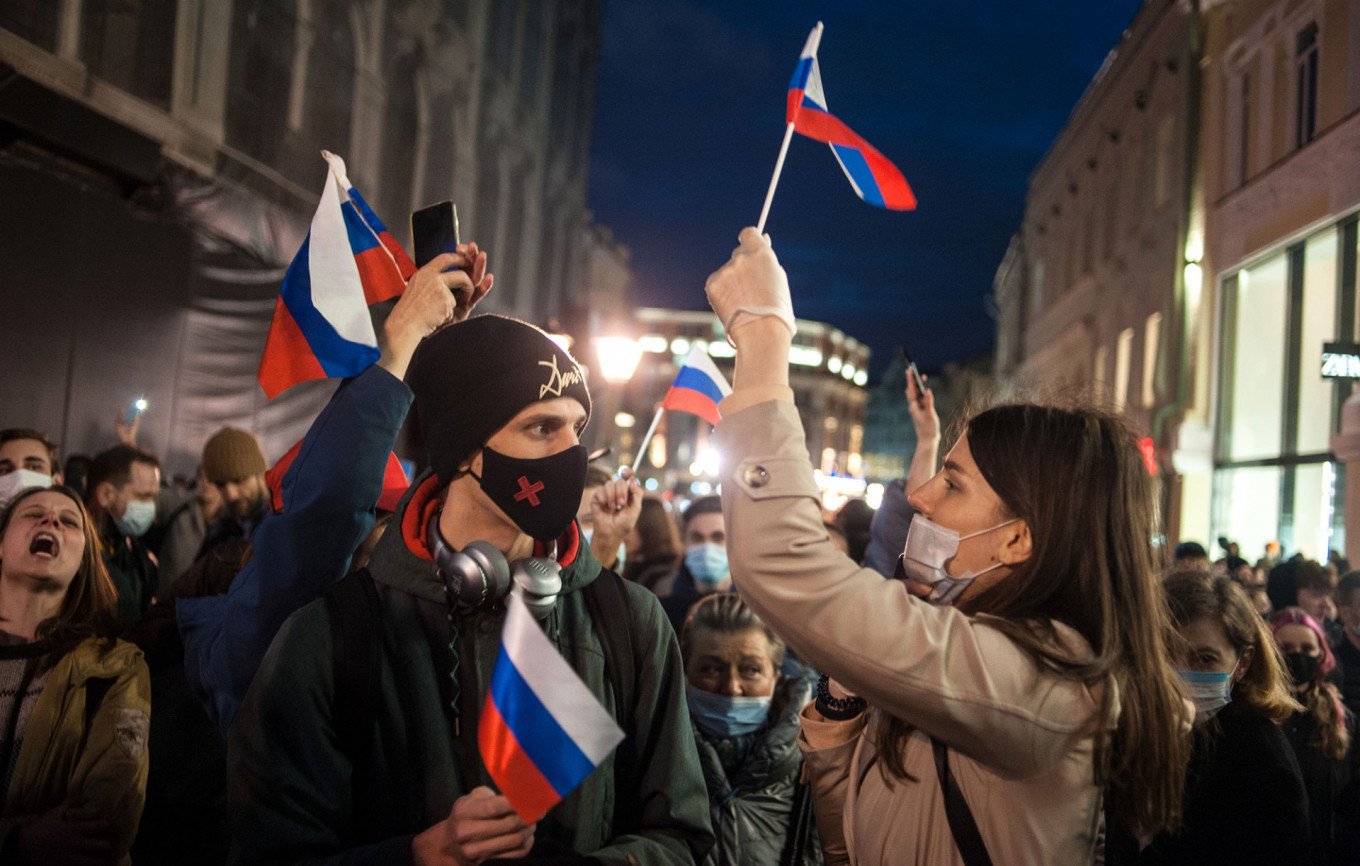 While Russia’s Interior Ministry placed the number of protesters in Moscow at 6,000, Navalny’s team claims at least 60,000 people attended the rally on Wednesday.
Igor Generalov for VTimes 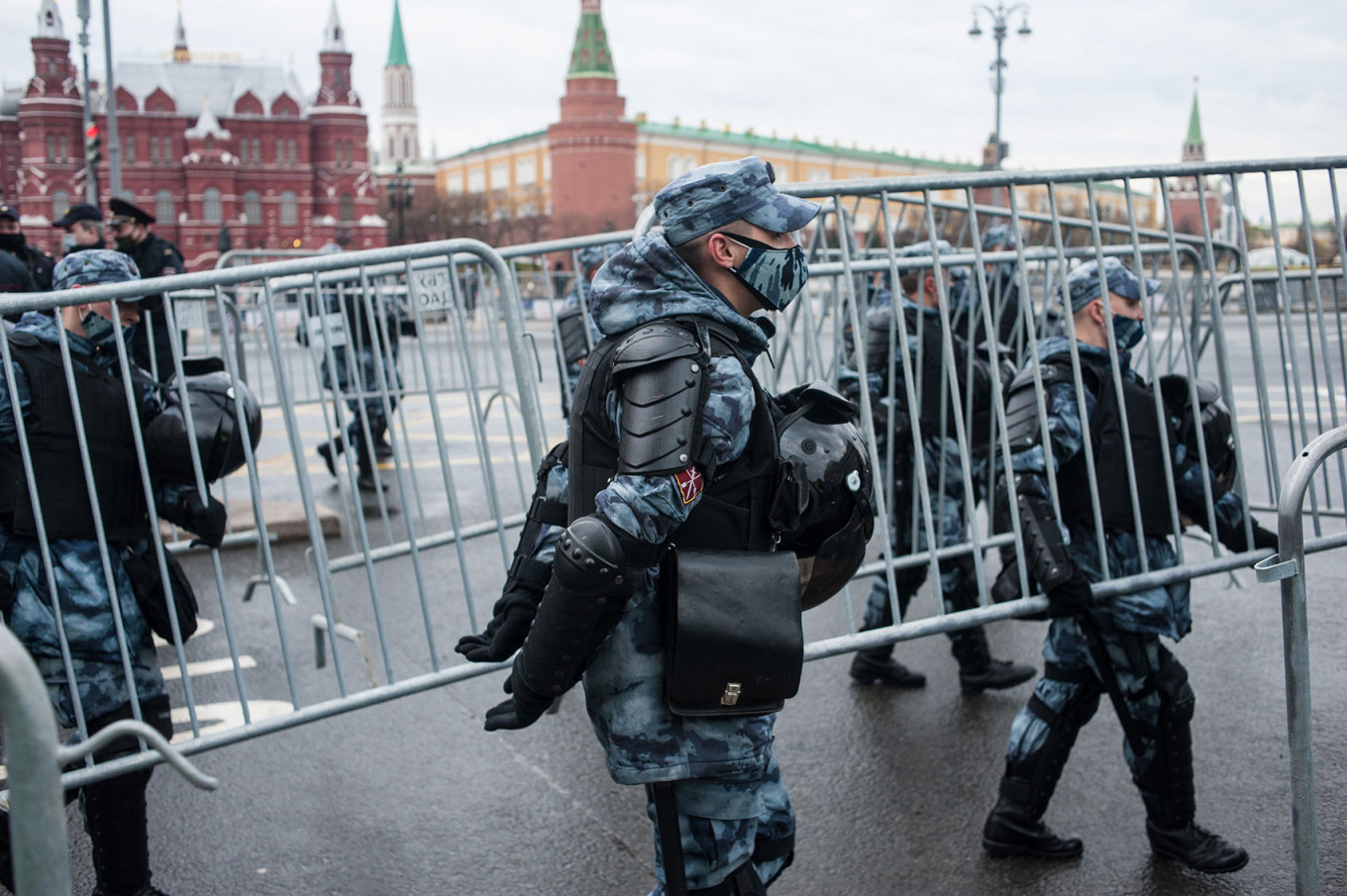 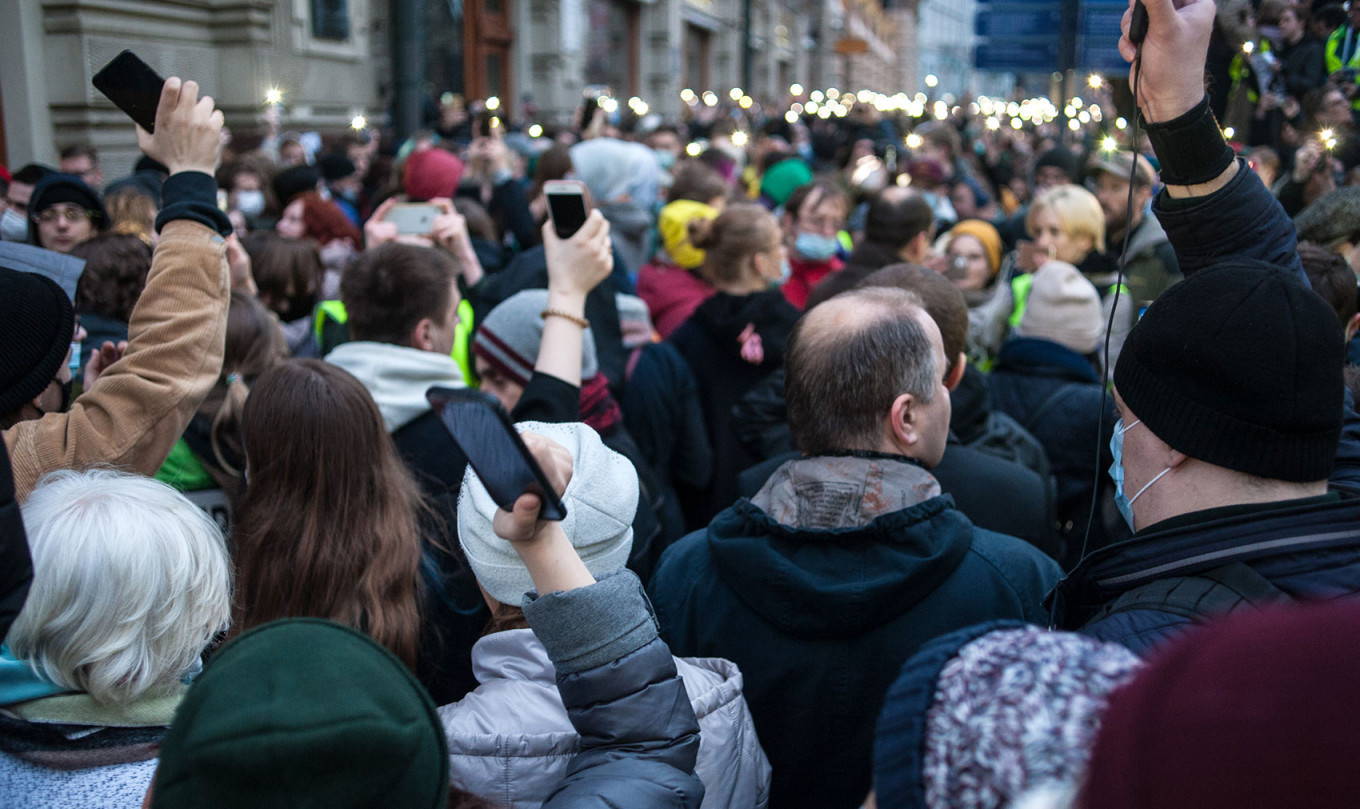 Several of Navalny's closest allies, including spokeswoman Kira Yamish and lawyer Lyubov Sobol, were detained hours before the protests.
Igor Generalov for VTimes 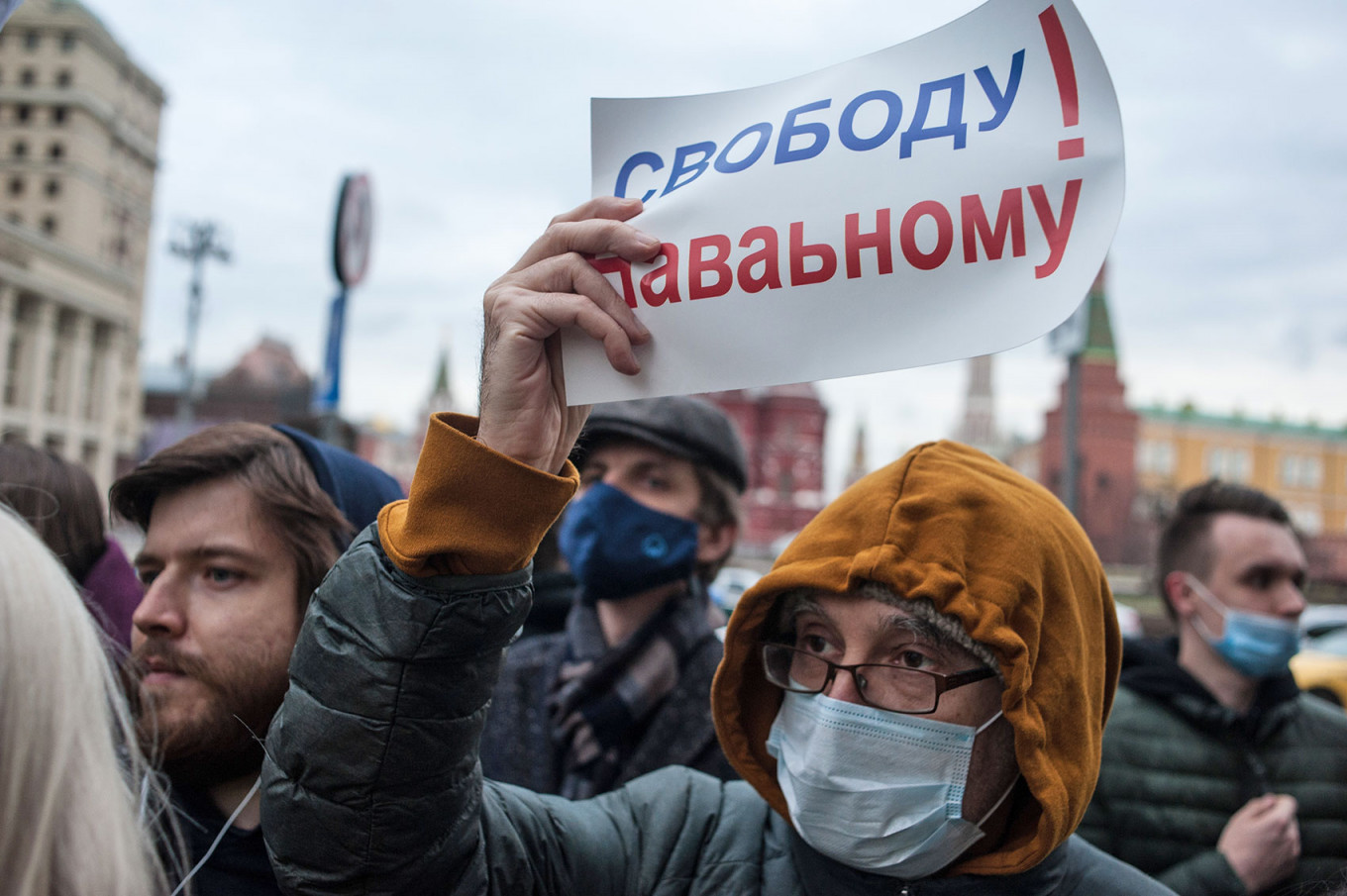 The protest in Moscow stretched along Moscow's central roadway, Tverskaya Street, from Manezh Square to Pushkin Square. Protesters also flooded nearby streets, according to eyewitnesses.
Igor Generalov for VTimes 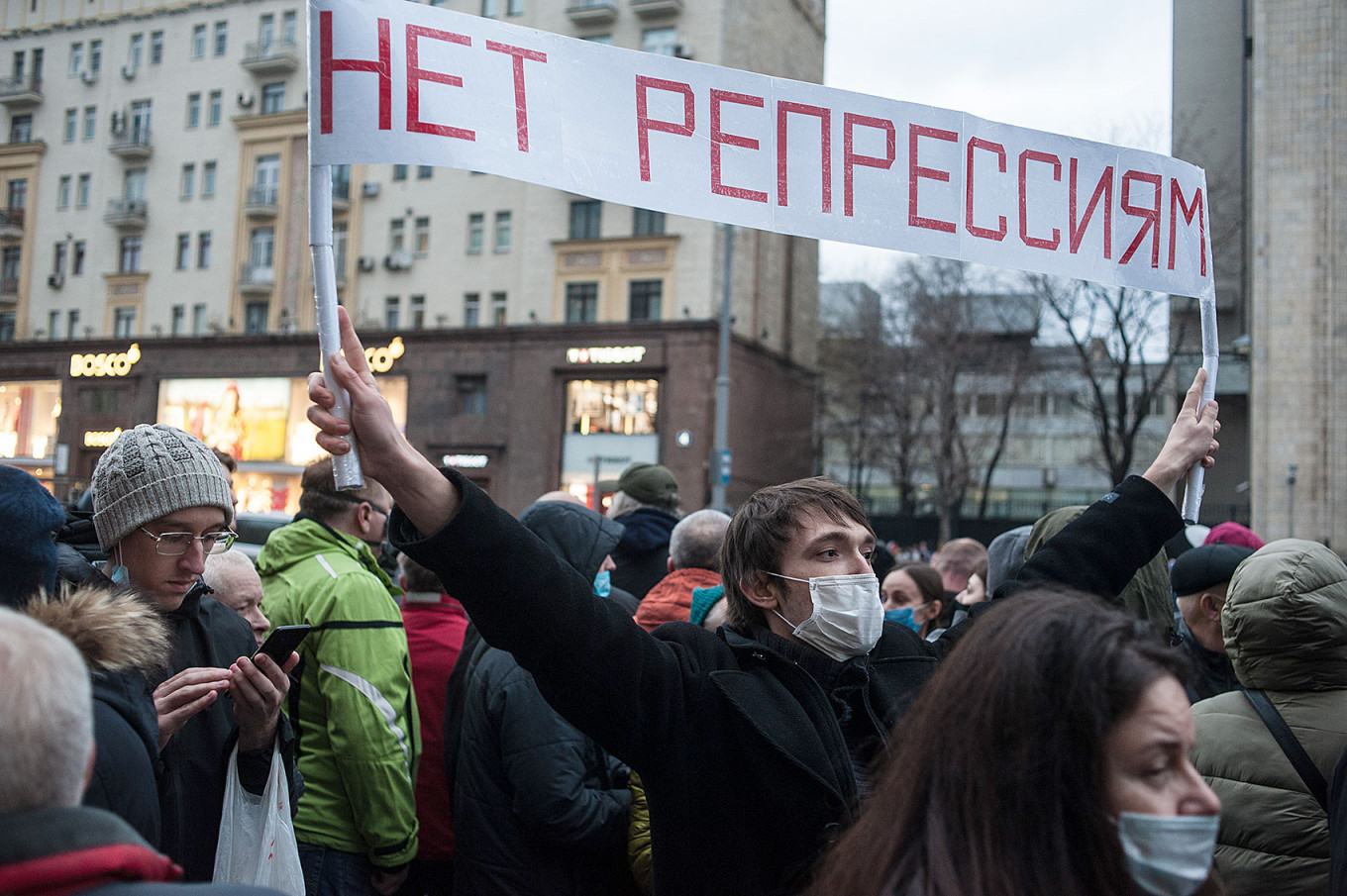 The rally in Moscow went on for over three hours. 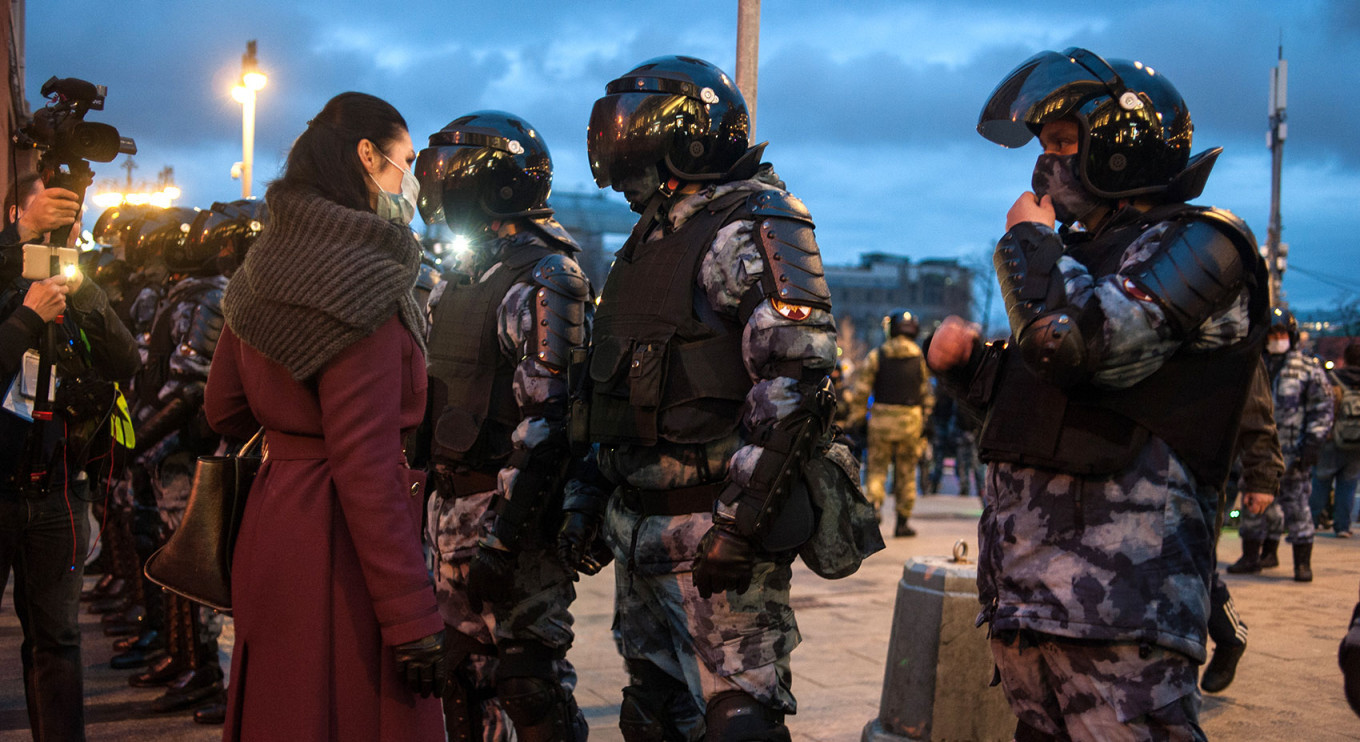 Police detained 30 people in connection with the protest in Moscow, OVD-Info reported.
Igor Generalov for VTimes 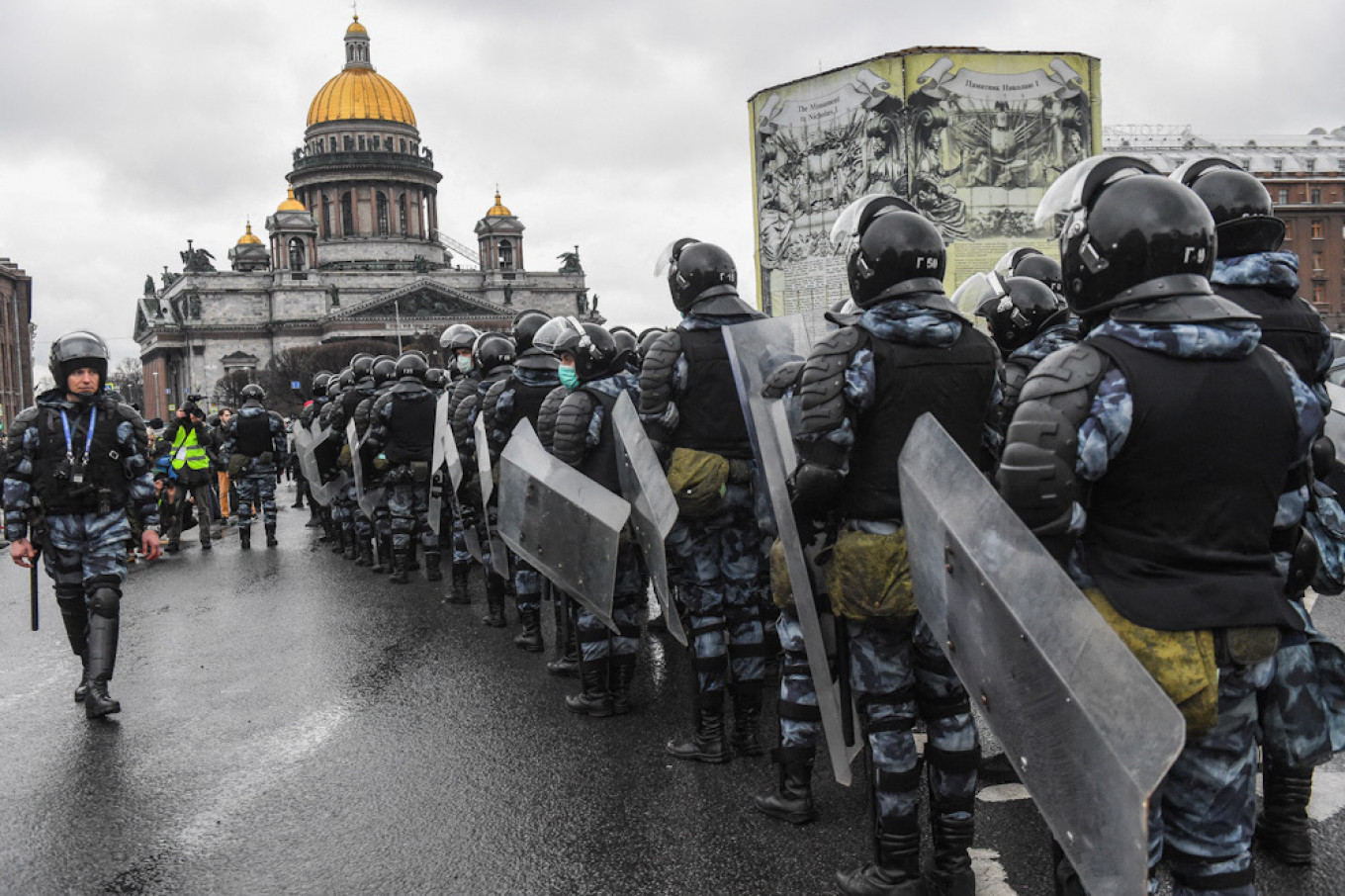 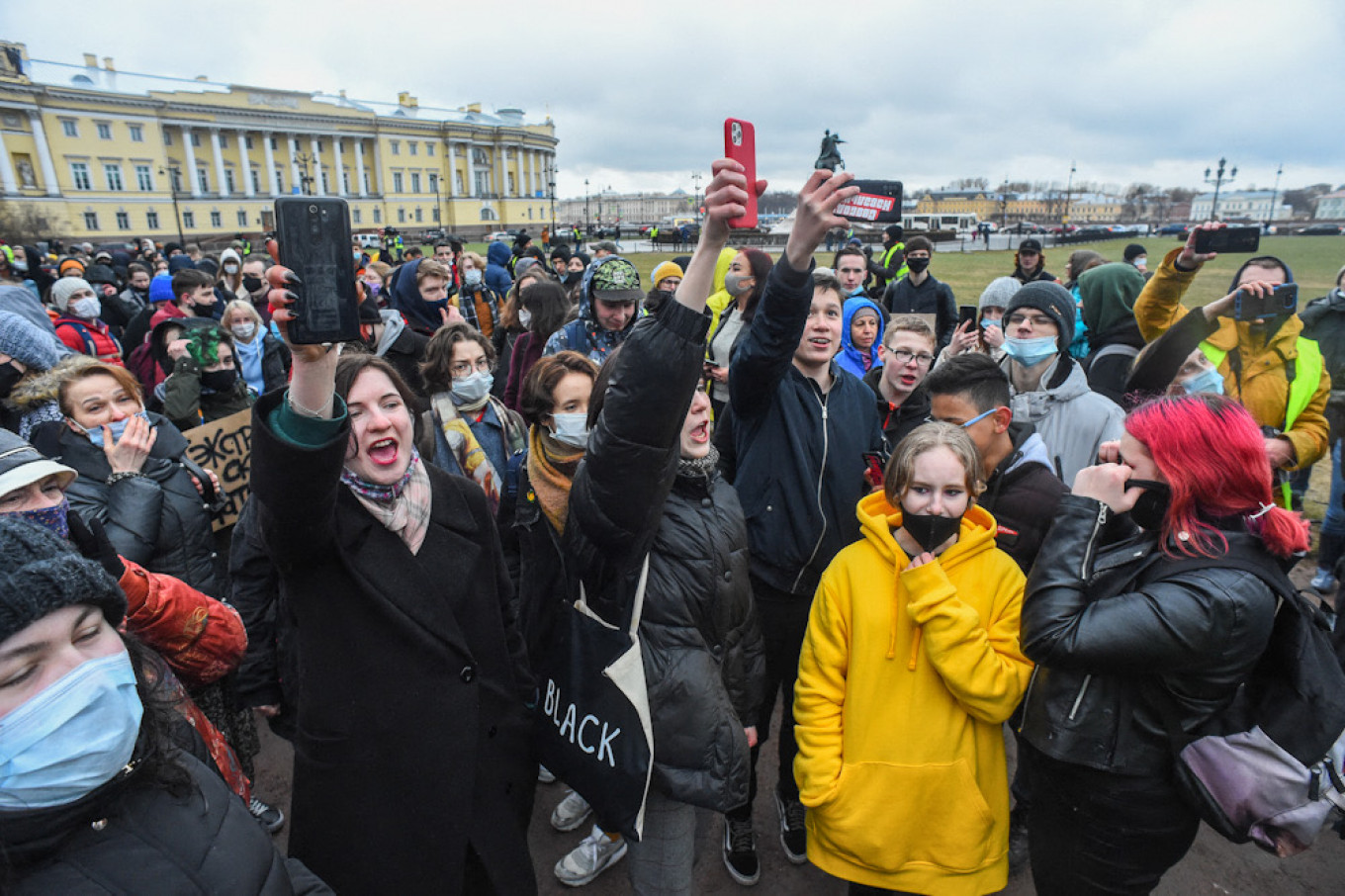 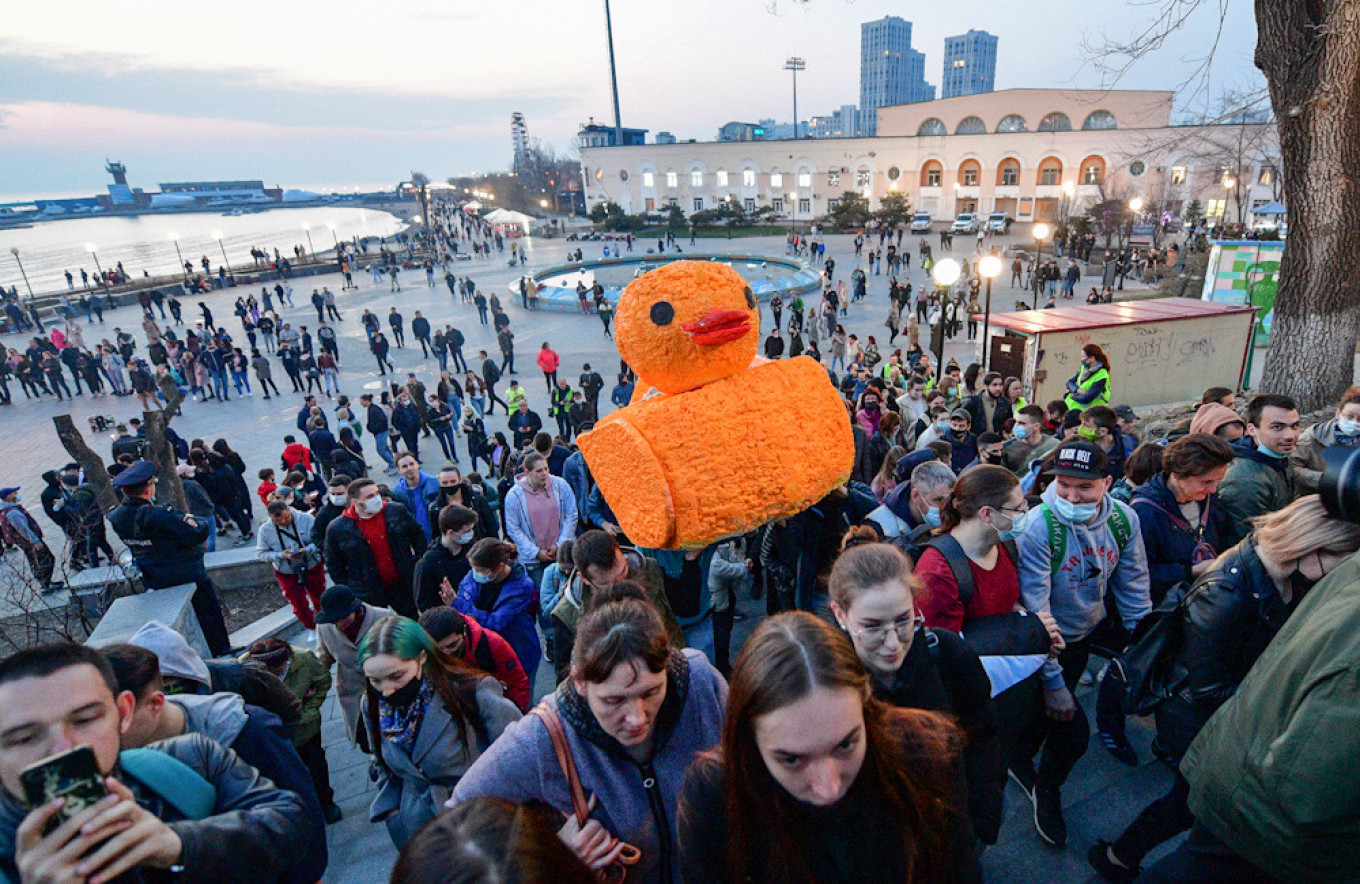 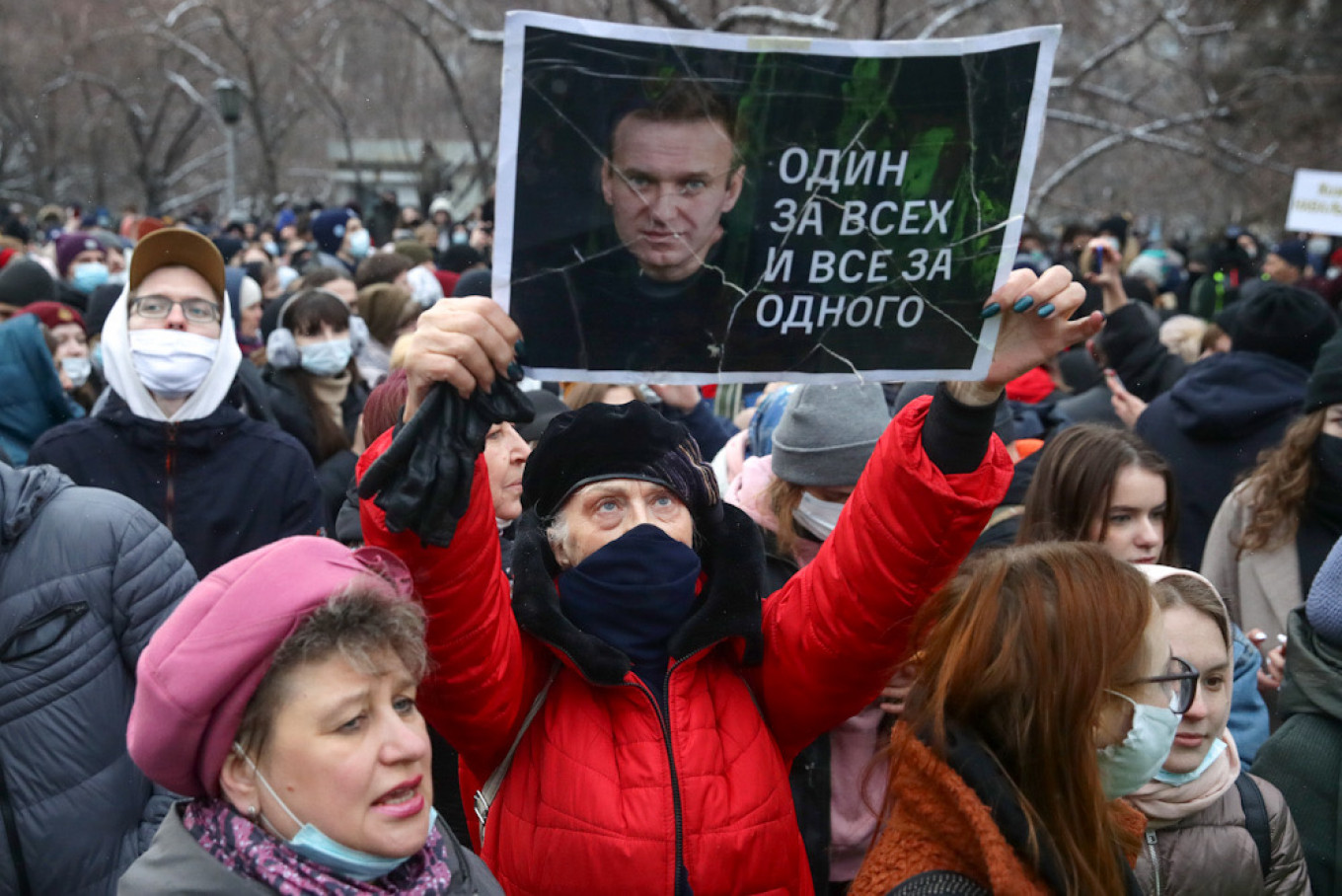 Only one person was detained in Russia's third-largest city of Novosibirsk, where, according to regional media, 4,000 people came out to support the jailed opposition leader.
Kirill Kukhmar / TASS
Read more about: Navalny , Protest , Opposition