A whopping 64% of Russians believe that the coronavirus was invented in a lab, while just 23% believe it appeared naturally. Some 62% are not willing to get a Sputnik V jab, and 69% are not afraid of catching the virus.

For experts who have observed the way the pandemic developed in Russia and the state’s response to it this is hardly breaking news.

Throughout 2020, Russians demonstrated a steady lack of belief in the existence of Covid-19 and showed distrust toward the vaccines created by Russian scientists.

In my view, there are two reasons for this gloomy state of affairs — the global power of social media which transcends borders and languages and the Russian state’s decades of spreading anti-Western conspiracy theories.

The Covid-19 pandemic is without a doubt the first global conspiratorial pandemic, which the WHO has also called the infodemic.

The velocity of conspiracy mythmaking in the last year has surpassed anything we’ve seen for centuries.

There were just a few months between the first reports of a virus coming from China  and the first burnings of cell phone masts by people in the U.K. and the EU who believe this equipment is a source of disease.

These incidents were a clear and physical manifestation of how dangerous conspiracy theories can become if they are spread online 24/7.

2 in 3 Russians Believe Coronavirus Is a Bioweapon – Poll

Then came the Covid dissidents who did not believe in the virus and accused governments, or intelligence labs, or Bill Gates of using the pandemic to gain global power over humanity and reshape the global economy in their interests.

While doctors and medical experts around the world worked hard to find the vaccine, communities of conspiracy theorists quickly elaborated their response to doctors. The vaccines and future digital certificates of vaccination would mean total control over the population and the deaths of those standing against the “global digital prison.”

All these theories are easily available online and it can take just moments to find the most suitable conspiratorial reading of the Covid-19 pandemic on Twitter or Telegram.

In fact, the Russian segment of the web almost from the start of the pandemic responded with conspiracy theories that were very similar to the Western ones.

Some celebrities also joined this campaign and claimed that the virus was developed in a lab and that 5G masts are the key to its spread.

Every Russian with WhatsApp messenger received conspiratorial stories at least once during the past year.

‘They Will Break You’: Inside Navalny’s Notorious New Prison Home

One of the most popular was “Yura Klimov,” the ‘Russian doctor from Wuhan who shared inside stories on the nature of the disease and how it must be treated. Urban myths have quickly evolved blaming doctors for either hiding the “real” numbers of patients or spreading lies about how dangerous the virus is because the government pays them extra money for every Covid-19 diagnosis.

The distrust of doctors and the health system in general became a springboard for all major Covid-19 conspiracy theories and the best way of understanding how the state made the biggest contribution into the local infodemic.

The Kremlin has been actively involved in spreading anti-Western conspiracy theories for almost two decades.

The conspiratorial way of perceiving reality spread through books, the state-loyal press and mainstream politicians.

Conspiracy theories were used to undermine opposition politicians, like Alexey Navalny or the late Boris Nemtsov, or to provide public support for the Kremlin’s actions.

The growth in popularity of conspiracy theories, that gradually became the main explanatory tool of politics, for years guaranteed public support for Vladimir Putin’s actions.

In critical political situations, Putin and his entourage used conspiracy theories to call for support from the Russian people. Putin’s leadership throughout his years introduced legislations which were highly conspiratorial in their essence. For instance, the introduction of laws against so-called foreign agents as well as constant references to unspecified foreign threats to Russia are core aspects of Kremlin’s domestic policy since the 2010s.

As Russia Begins Mass Coronavirus Vaccination, Its Medics Aren't On Board

Foreign agents, multiple espionage cases as well as constant references to the foreign threat to Russia are core to domestic kremlin policies since the 2010s

As we know from research, if a person believes in one conspiracy theory, there’s a great chance they will believe in another one, even if it’s contradictory to the first.

The neoliberal reforms of the Russian health system as well as the drop in quality of its staff made many Russians skeptical about doctors’ professionalism.

At least 41% of Russians in 2019 distrusted doctors double-checked their diagnoses.

Once the health system entered pandemic havoc, and state officials made contradictory and poorly synchronized decisions on lockdown measures, trust figures were unlikely to rise.

In addition, the poor campaign to promote the Russian anti-Covid vaccine began to look like the boastful and unrealistic Soviet Stakhanovite movement, and led even doctors to distrust Sputnik V.

The fact that Putin himself has not yet had a Sputnik-V jab doesn’t increase trust in the vaccine.

In a way, the Kremlin became caught in its own trap. Sowing mistrust, promoting tabloid-like conspiracy theories and at times dropping conspiratorial hints about U.S. bioweapons being used against Russians has contributed to the growth of skepticism and beliefs in conspiracy theories

Even if many people in Russia support Vladimir Putin as a leader, they are also unhappy with the state institutions they deal with on a daily basis, be they concerned with education, health or the legal system.

These are the institutions that have the biggest influence on people’s wellbeing, and they know they are crooked, poorly managed and unable to produce expert knowledge.

What helps Russians to survive under these circumstances is the centuries-long reliability on informal networks and distancing from the state that cannot bring anything good. 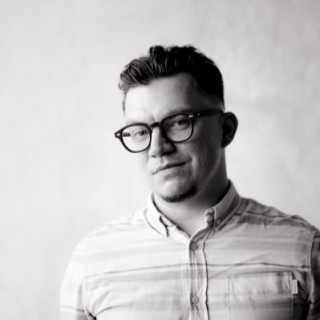 Ilya Yablokov is a lecturer on Russian media and politics at the University of Leeds, UK. His recent book is Fortress Russia: Conspiracy Theories in the Post-Soviet World.  @ilya_yablokov

Ilya Yablokov is a lecturer on Russian media and politics at the University of Leeds, UK. His recent book is Fortress Russia: Conspiracy Theories in the Post-Soviet World.  @ilya_yablokov
Read more about: Coronavirus

The latest restrictions are part of an effort to limit the spread of the coronavirus.
record-setting spread

Mass vaccination for high-risk groups with the Sputnik V jab is expected to start in Moscow on Saturday.