A Russia-brokered peace deal signed last week has ended six weeks of fierce fighting between Armenia and Azerbaijan over the disputed region of Nagorno-Karabakh — but this peace hasn’t come without a price.

As part of the deal, Armenia and Nagorno-Karabakh must return the Aghdam, Kalbajar and Lachin districts to Azerbaijan starting on Nov. 20, with a completion deadline of Dec. 1.

Armenians living in the Kalbajar district, which had been controlled by Armenian forces since the 1990s Nagorno-Karabakh war, are fleeing and setting fire to their homes rather than hand them over to Azerbaijan.

Though Kalbajar’s departing residents are bound for a difficult journey through the mountainous landscape that connects the region with Armenia, most chose to leave few of their belongings behind — and many set their homes on fire to make them unusable for future Azerbaijani residents.

Here are some of the images from Kalbajar: 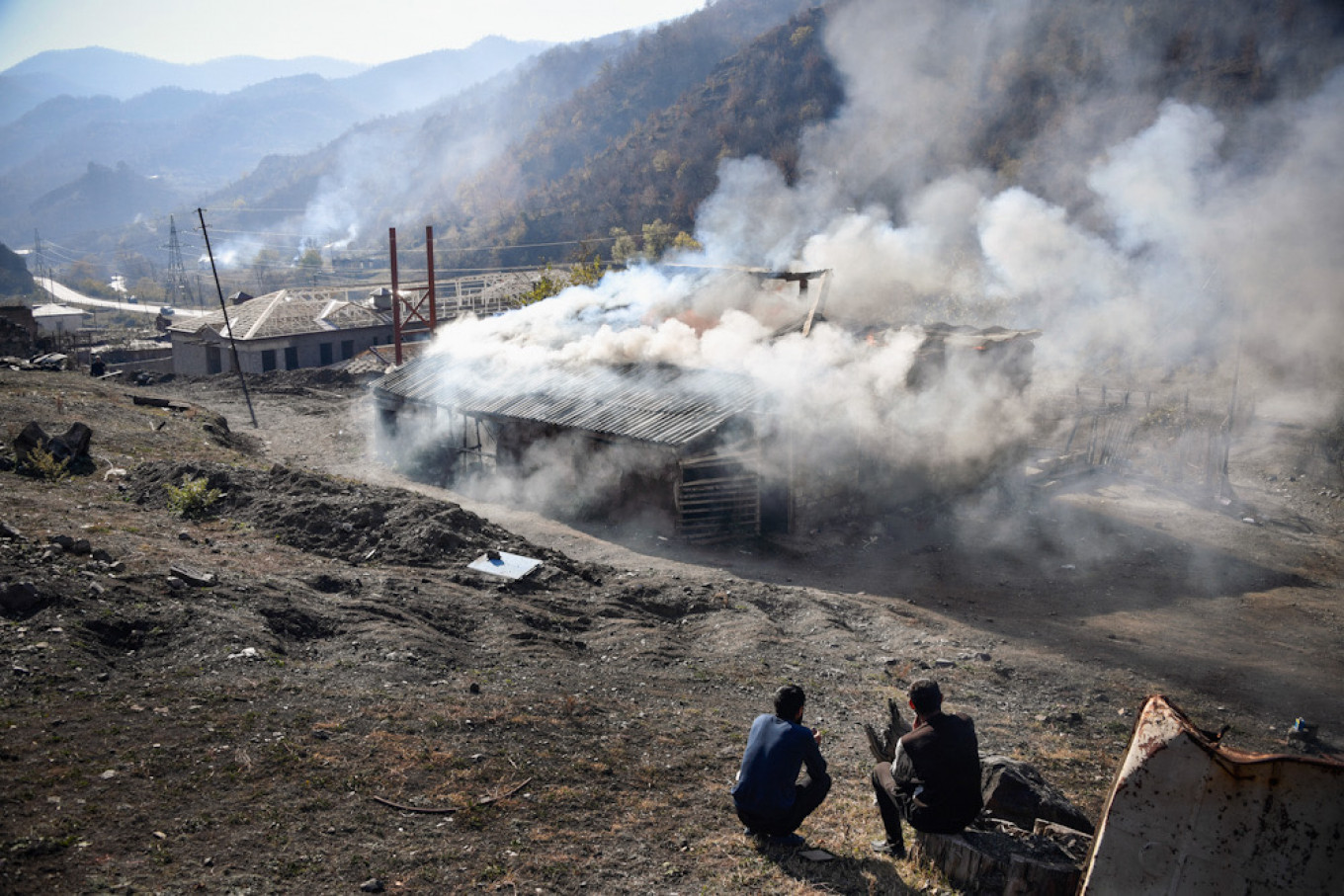 Over the weekend, multiple houses were set on fire in the village of Charektar as residents rushed to leave before the initial Sunday deadline.
Alexander Nemenov / AFP 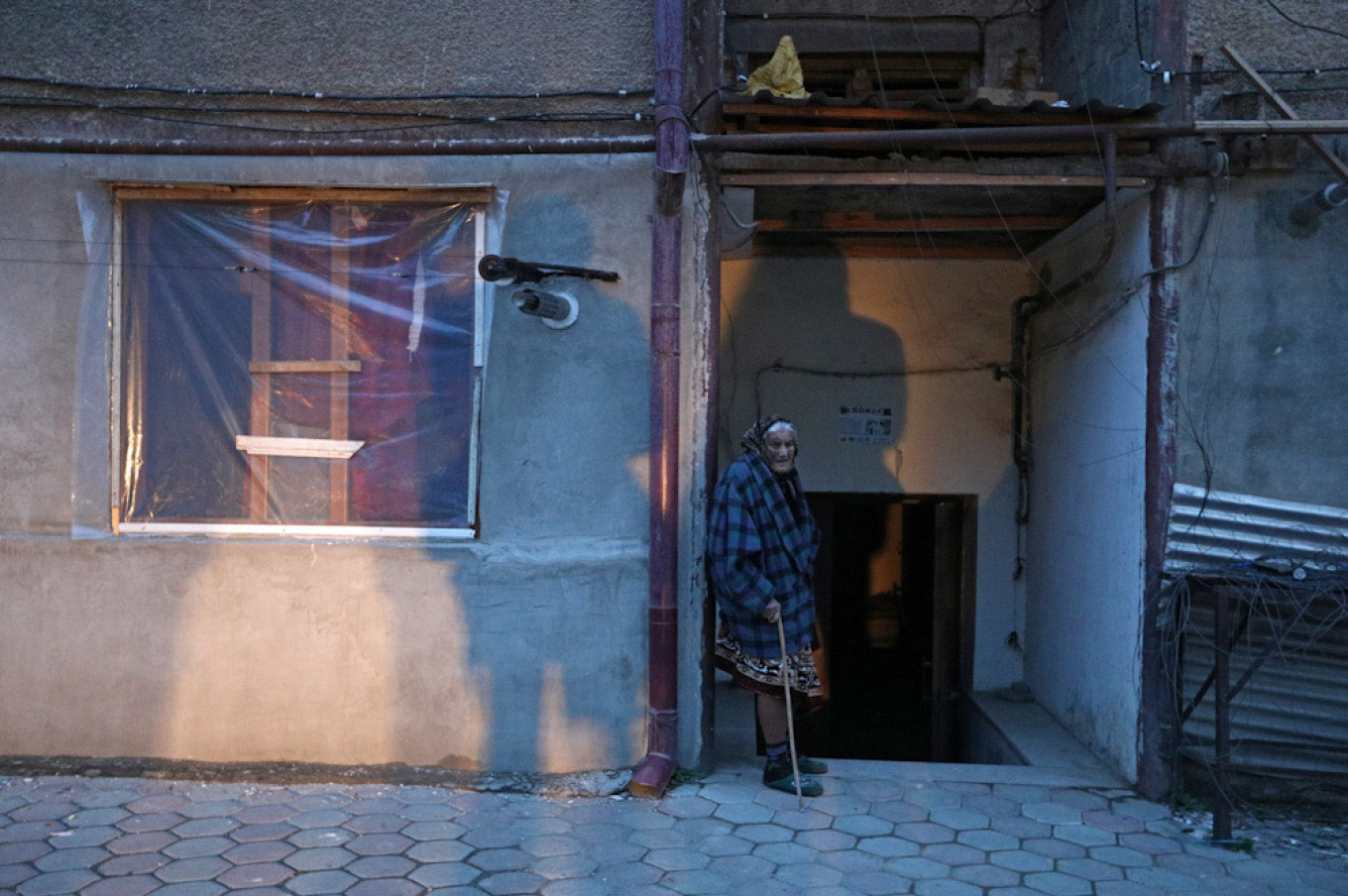 Azerbaijan then agreed to delay the Armenian withdrawal from Kalbajar until Nov. 25 on humanitarian grounds.
Alexander Ryumin / TASS 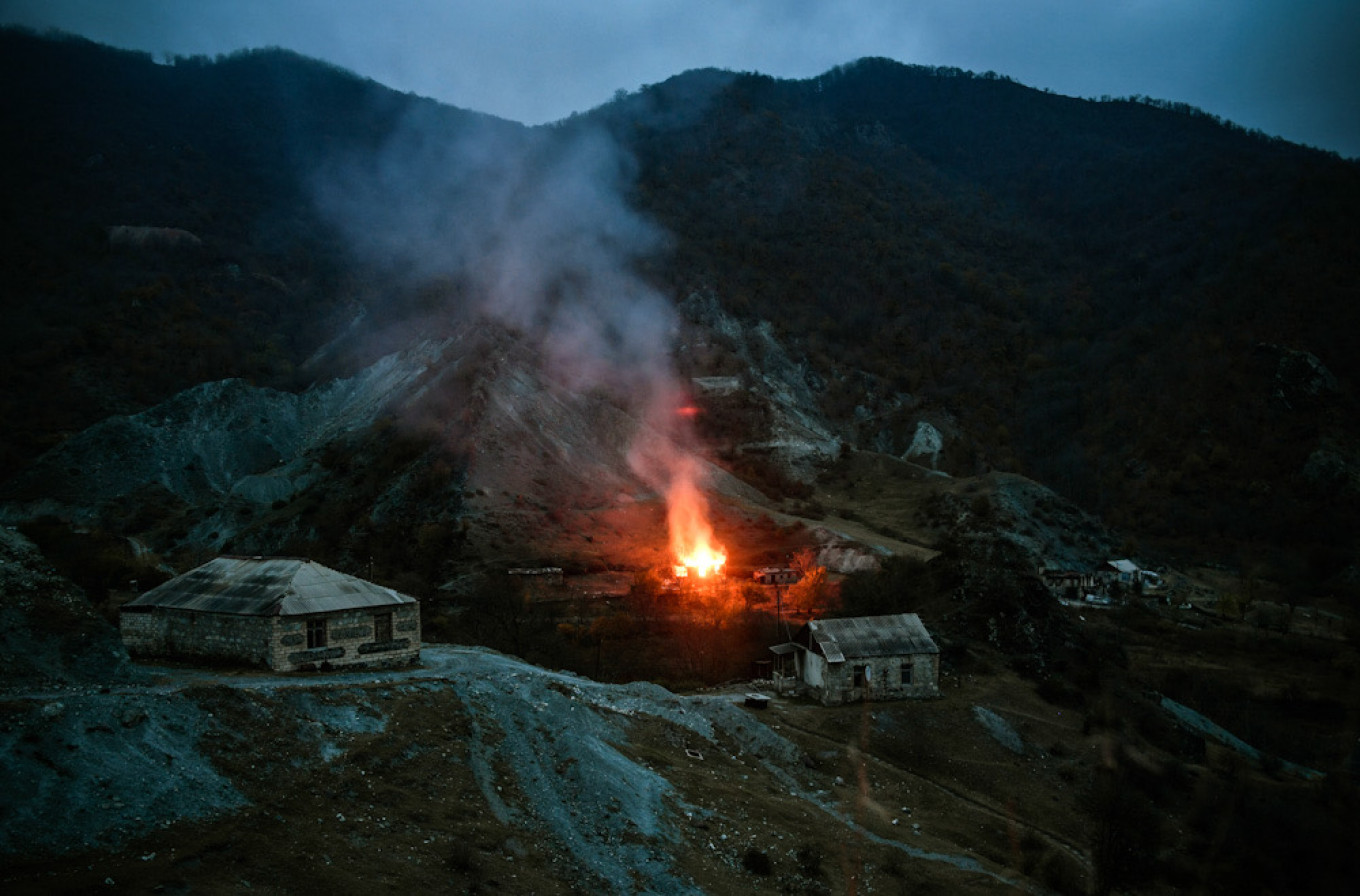 Many houses in the Kalbajar district had once belonged to ethnic Azerbaijanis who populated the area before the 1990s war.
Alexander Nemenov / AFP 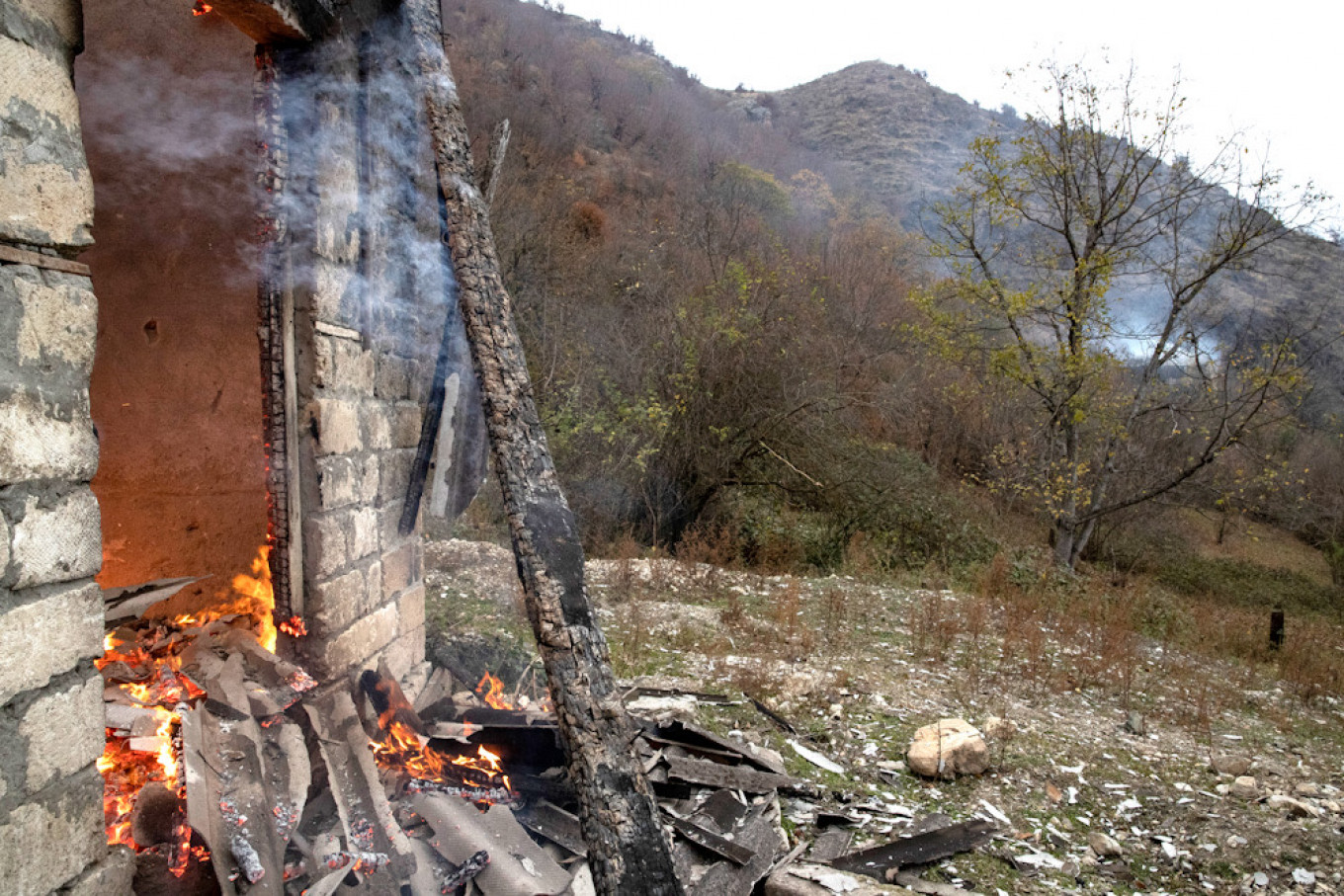 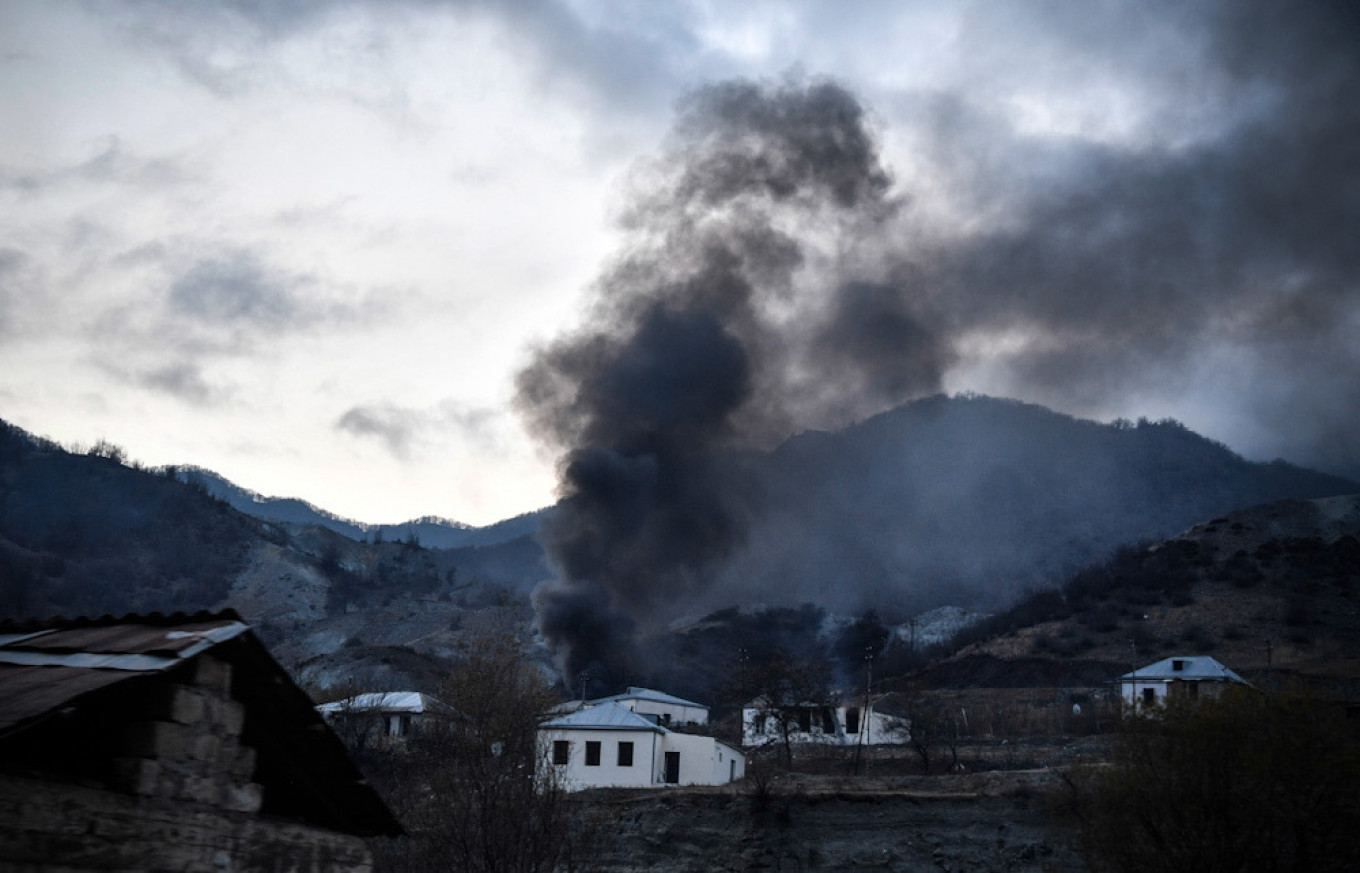 Azerbaijan has warned that the fires will destroy unique plant and animal life in the area.
Alexander Nemenov / AFP 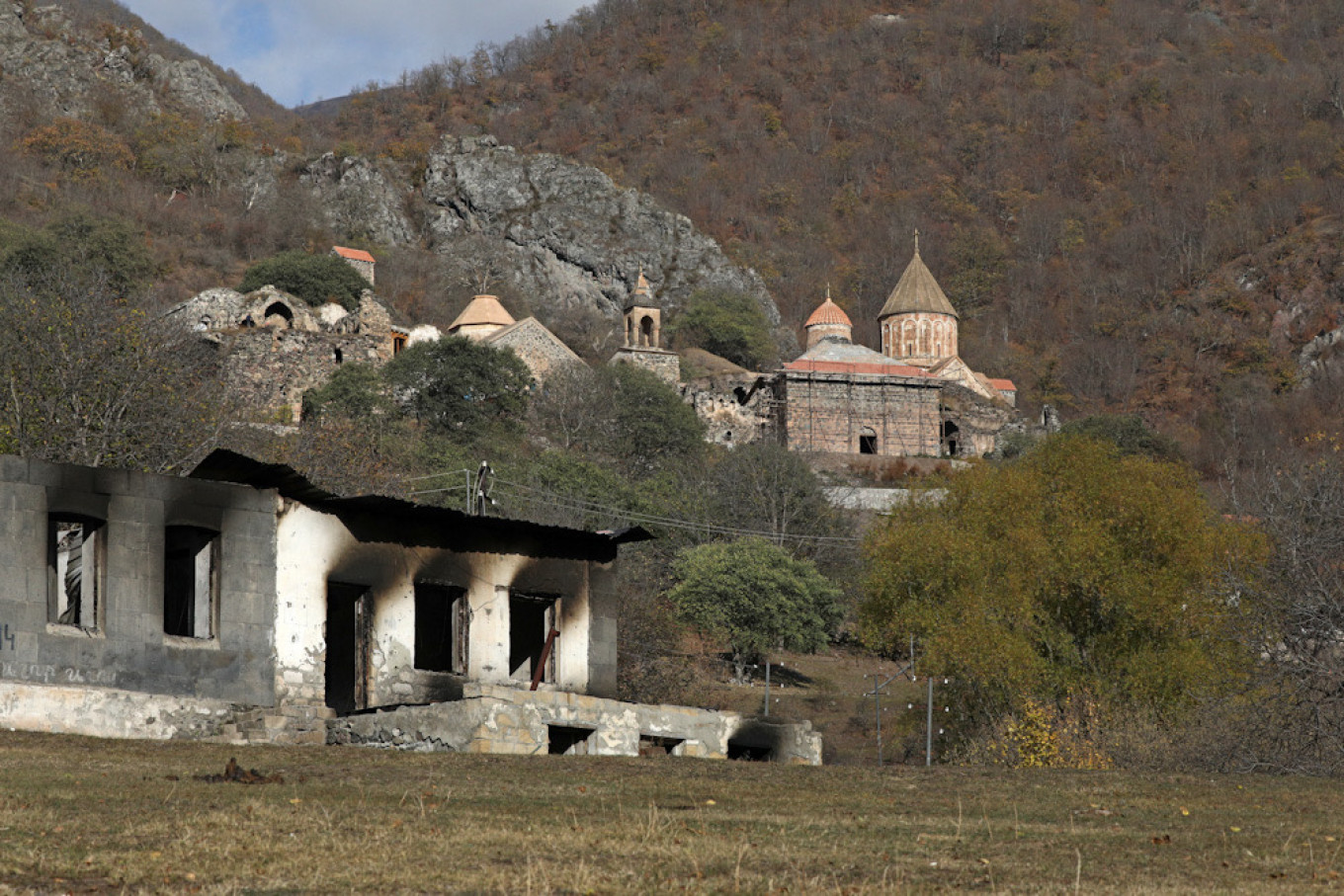 Many residents paid their final visits to the Dadivank monastery, an Armenian place of worship built between the 9th and 13th centuries.
Alexander Ryumin / TASS 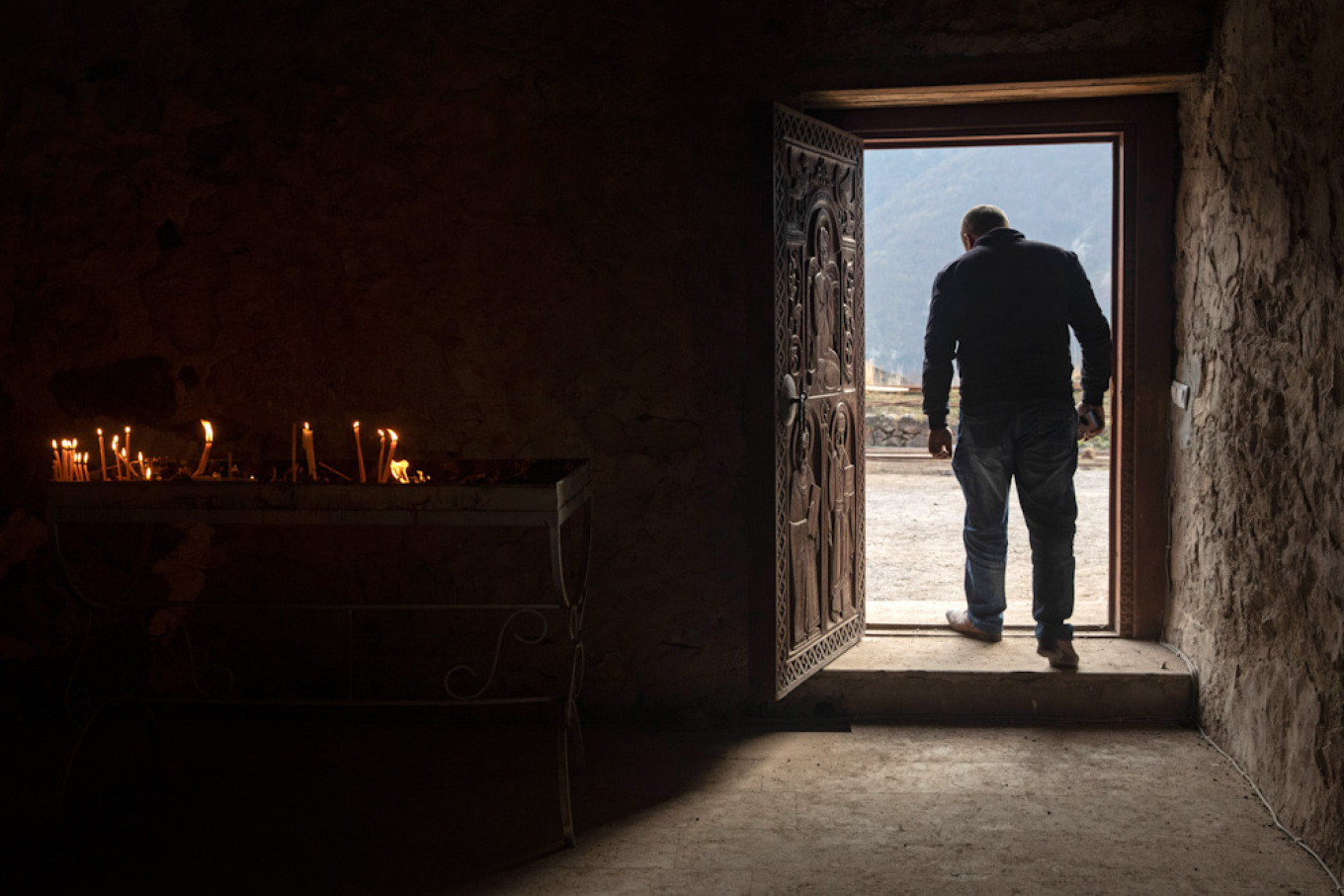 The total death toll of the latest clashes is estimated at 4,000 people and thousands more have been forced to flee their homes.
Stanislav Krasilnikov / TASS
Read more about: Nagorno-Karabakh