Russian lawmakers recently introduced legislation that will have major implications for the country’s transgender population.

If passed, the draft law — which also seeks to ban LGBT marriage and adoption — will make it impossible for transgender people to change their gender on official documents after they have transitioned.

Activists and rights groups say the law will make life for Russia’s transgender population even more difficult, barring them from job opportunities, making it more difficult to marry and encouraging transphobic harassment and violence.

Dutch photographer Jasper Groen photographed several transgender people in St. Petersburg last October. He says their portraits have taken on a new urgency since the law was introduced.

The photo series is titled “They can cut flowers, but they can’t stop spring,” an adaptation of a quote from Chilean poet Pablo Neruda.

“No matter how hard the Russian government tries to oppress transgender people: they exist, they are willing to defend themselves and they make the best out of their often complicated situation,” Groen says.

His subjects shared their thoughts on life as a trans person in Russia and how they think the new law will affect them: 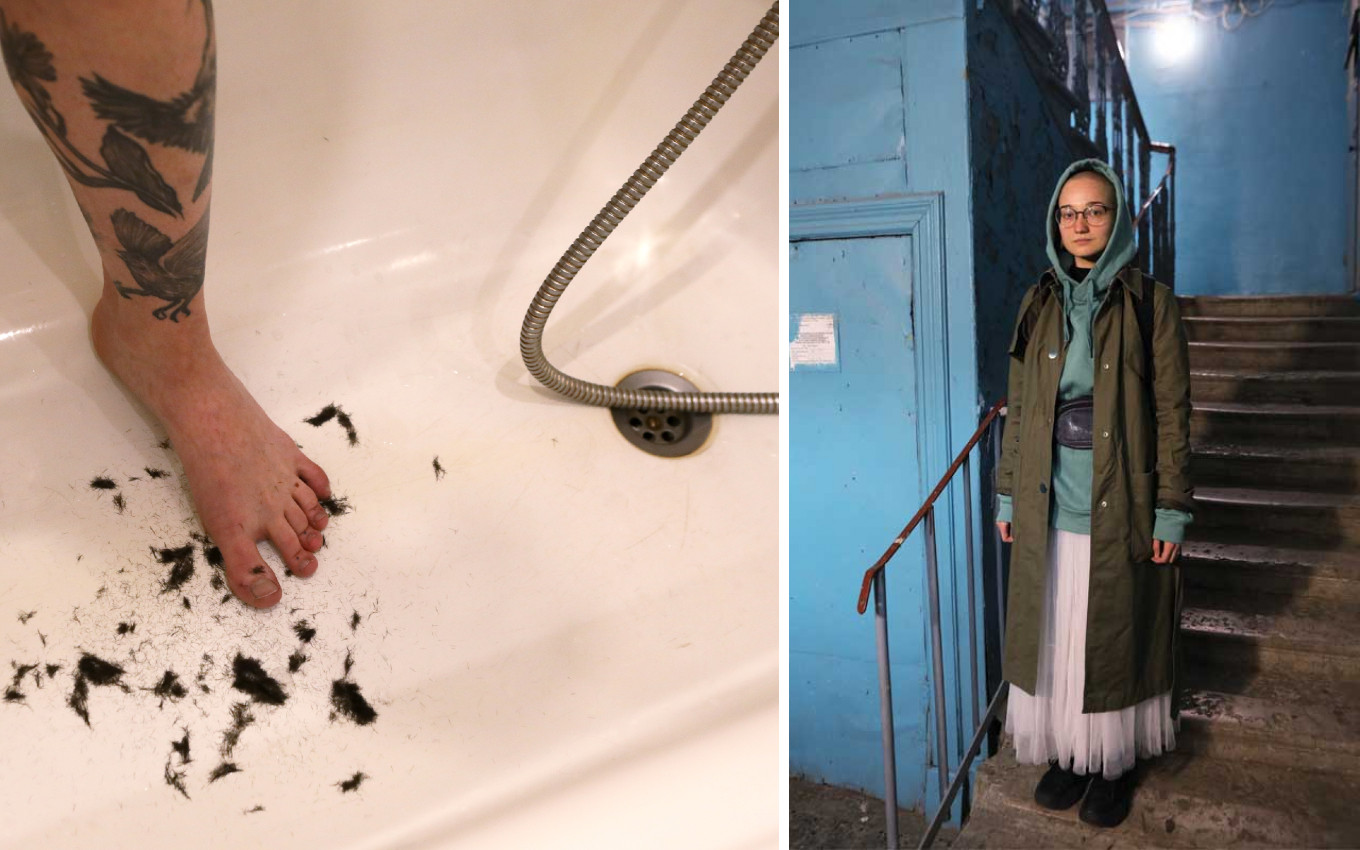 Mai (Lipetsk, 1993) does not make a choice between men or women, because she is against labels. She deliberately provokes by shaving her head bald and dares to stand naked on a stage, even though her partner is fiercely opposed to that. "Not being afraid of being different is a powerful experience, something that enriches me every day. That is the life I am trying to live."
Jasper Groen 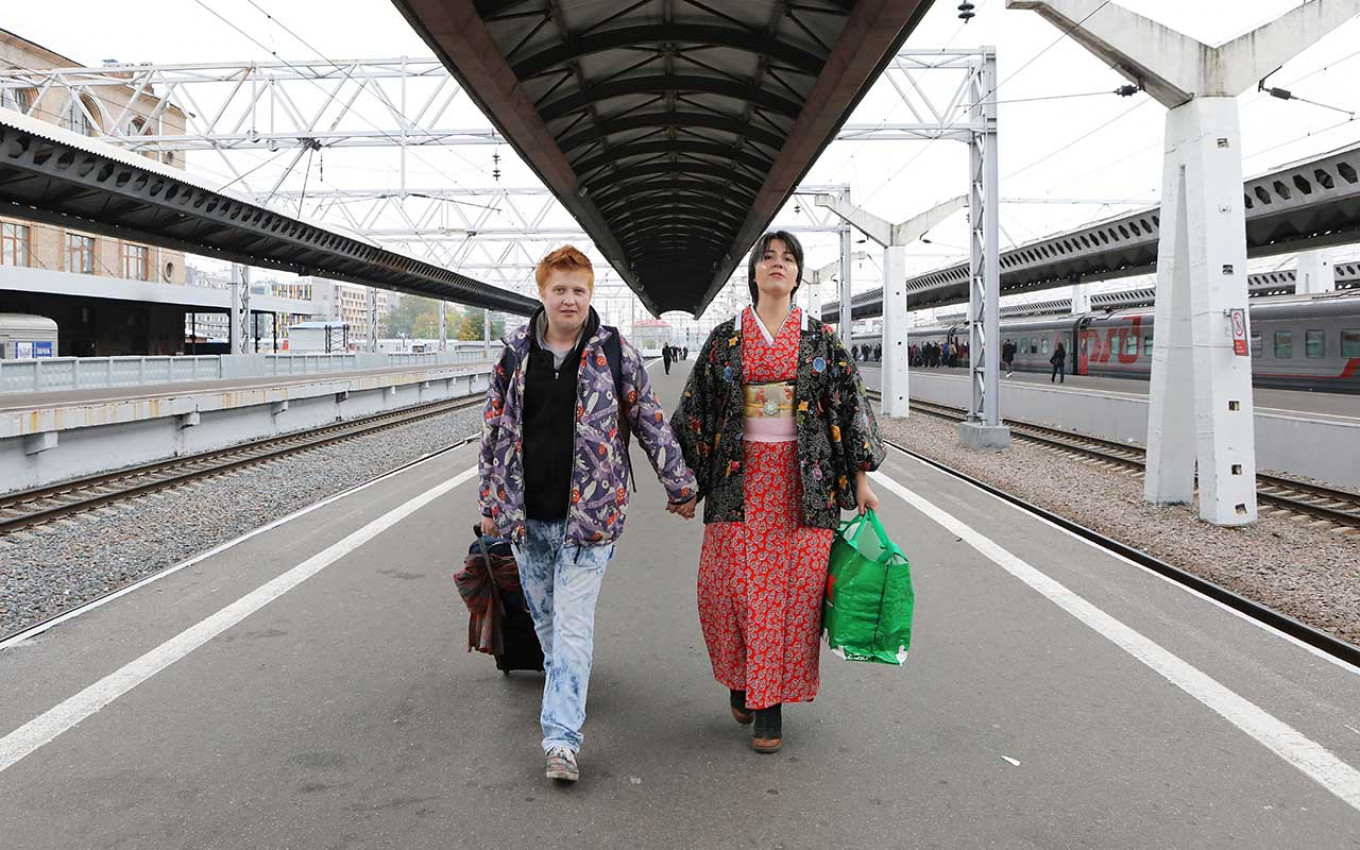 Ale (Chelyabinsk, 1991) and Ishi (Leningrad, 1989). Both identify as non-binary. As an activist Ale is often involved in legal actions against the Russian state. “We discuss in online groups plans to change court rulings and to stop new laws almost every hour of the day. And we inform the people, the press and human rights groups about the situation in Russia.”

Ishi (right): "Have you ever seen a tree growing at the very edge of a cliff? Wind and water wash the soil out from under its roots. The tree is still trying to hold on with those roots that are still in the ground ... But the water and the wind are unyielding ... One day the tree falls and dies. Now it lies below the cliff. Ripped out of the ground alive. Bushes growing 20 meters from the cliff will never understand. They don't have to survive every second. Due to amendments to the Russian Constitution and new legislation against homosexual and transgender people, I feel like this tree. I am in despair, because it is the last soil that is being washed out of my roots. And this is me, the tree that is about to fall into the void." 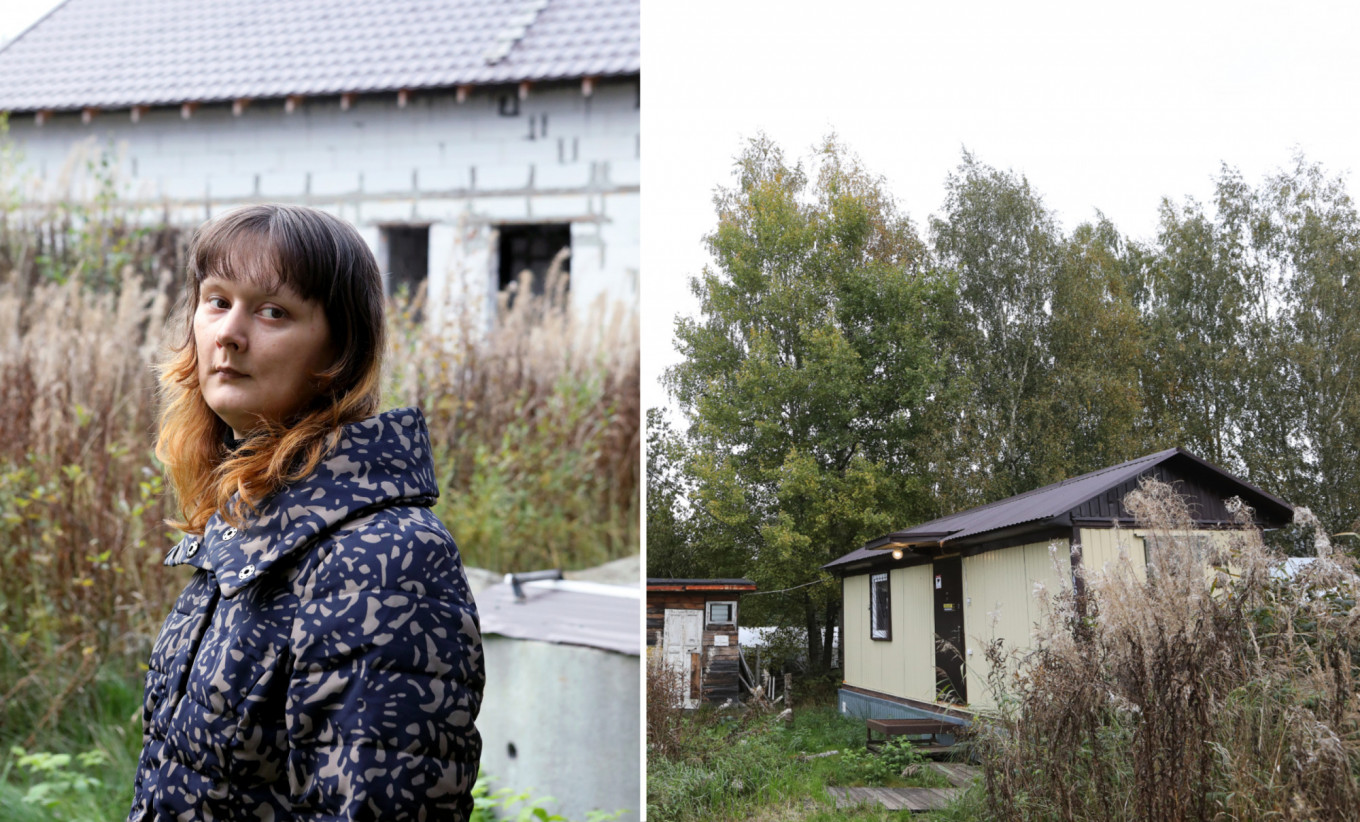 Alexandra (Leningrad, 1987) was attacked from behind by men with iron bars in the fall of 2016. Since then she has been crippled and she has no teeth left. She lives on donations for her self-established shelter for street cats, in a place without running water, because she is unable to find a regular job. When she changed her gender in her documents officials added her former names in brackets behind her new names, which gives her problems when she applies for a job. "I often think about death. I even tried to commit suicide, but I live for my cats."
Jasper Groen 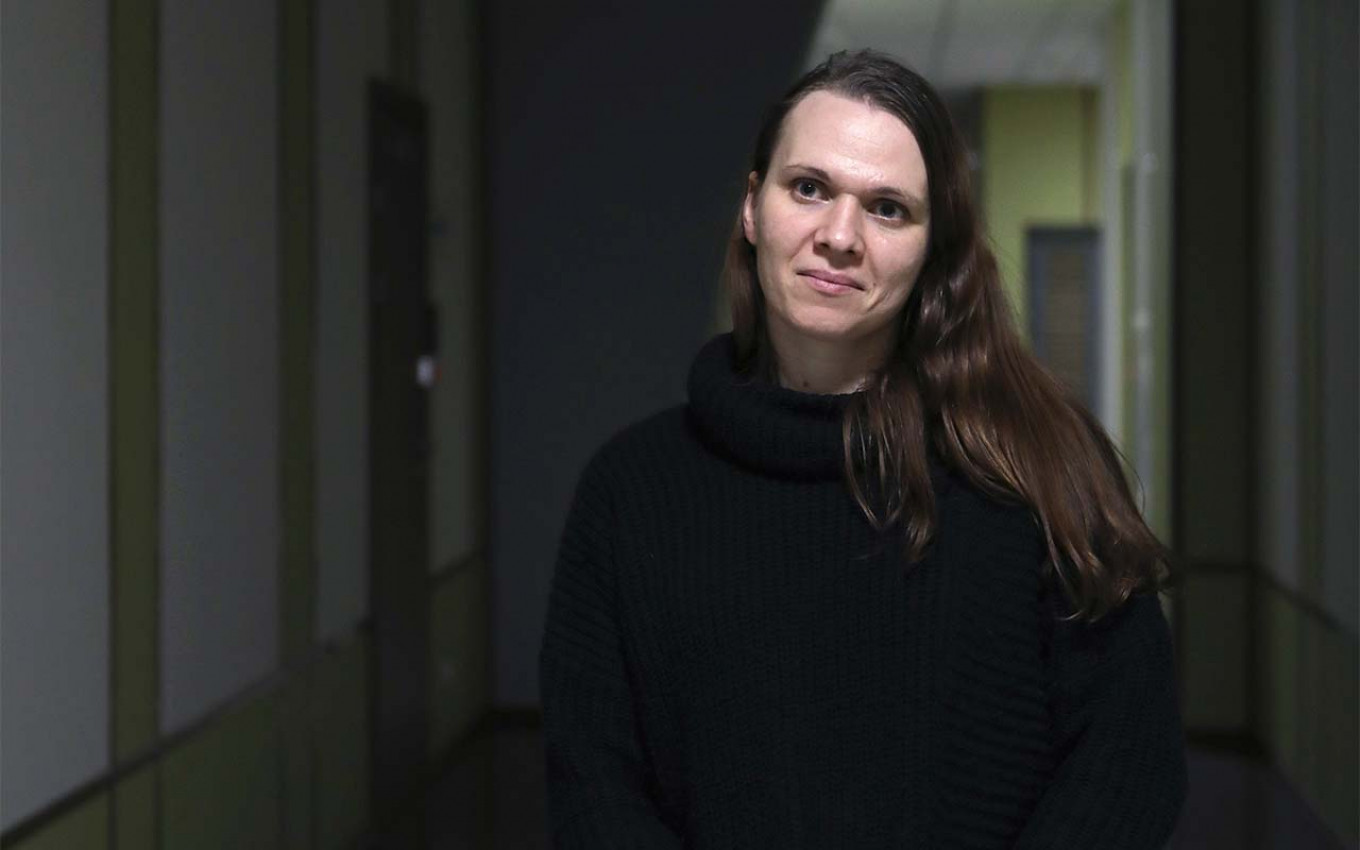 Katya (Leningrad, 1982) has a family with two children and a good job. She recently made national news, because she did not accept that she was no longer allowed to be a member of the polling station after her transition. Her resistance worked: She counted votes in the municipal elections last September. 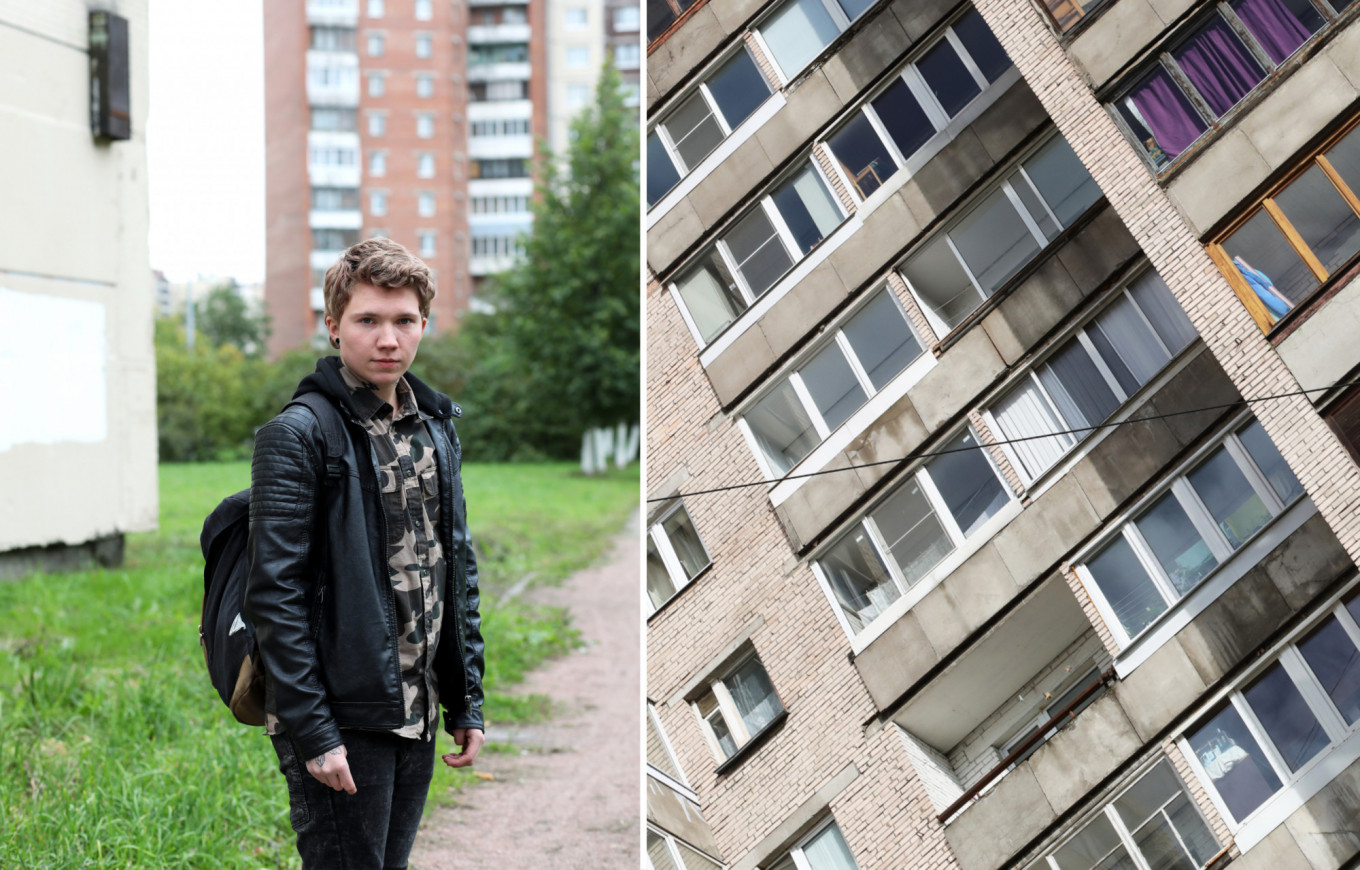 Jen (St. Petersburg, 1997) spent his youth in an orphanage. “I think that I never felt like a girl inside. It was as if I had no gender perception. I would like to be a human. Beautiful, sincere and open, so that people would love and accept me. But after ridicule from others and humiliations, I often did bad things to people, became angry, vengeful and I began to look and behave like a man. I have become a person who can stand up for myself if I need to.”
Jasper Groen 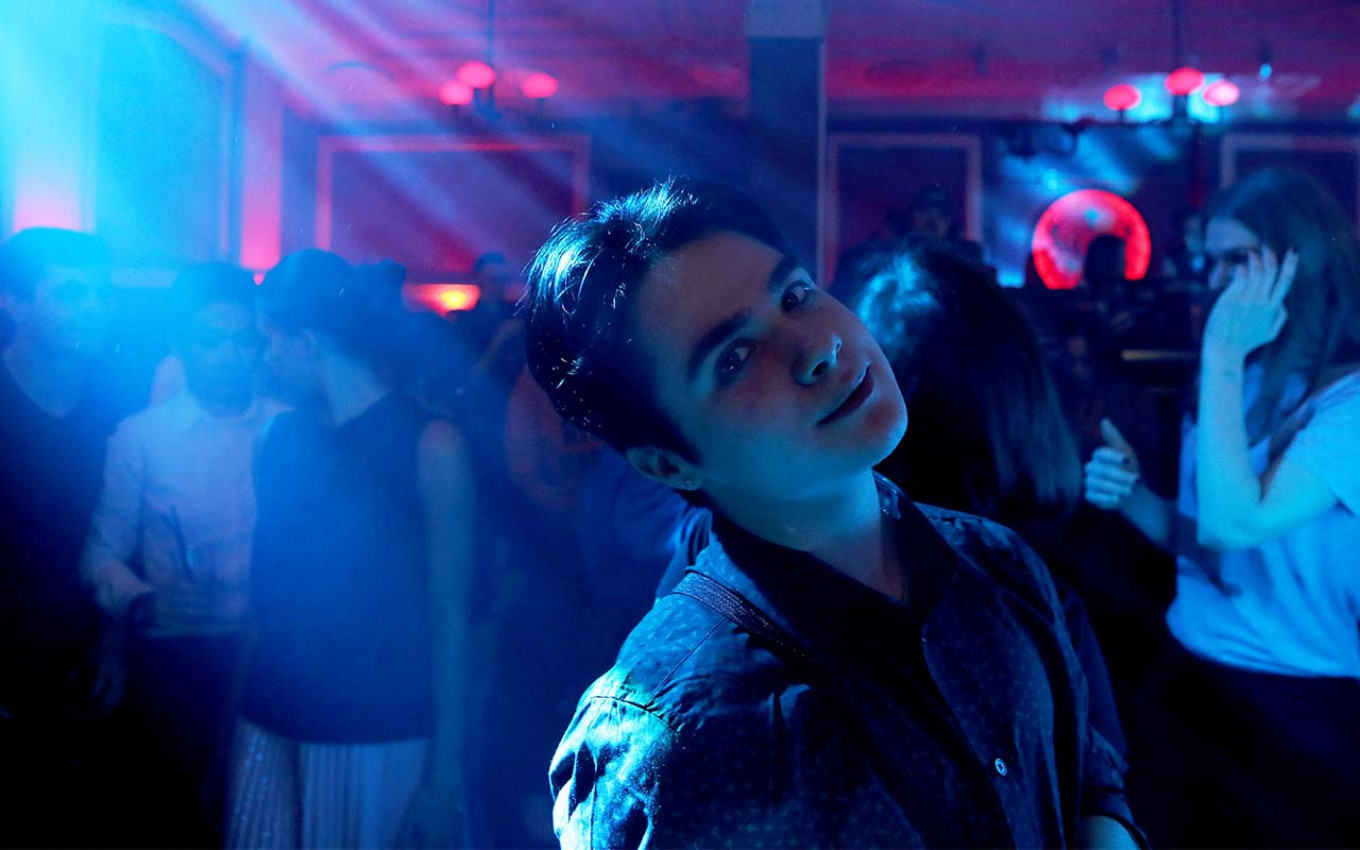 Alexander (Murmansk, 1998) just had his breasts removed in Moscow. He had to pay for the surgery himself, because his family no longer talks to him. That tears him apart inside: "I am proud of who I am, but I feel very guilty toward my parents."
Jasper Groen 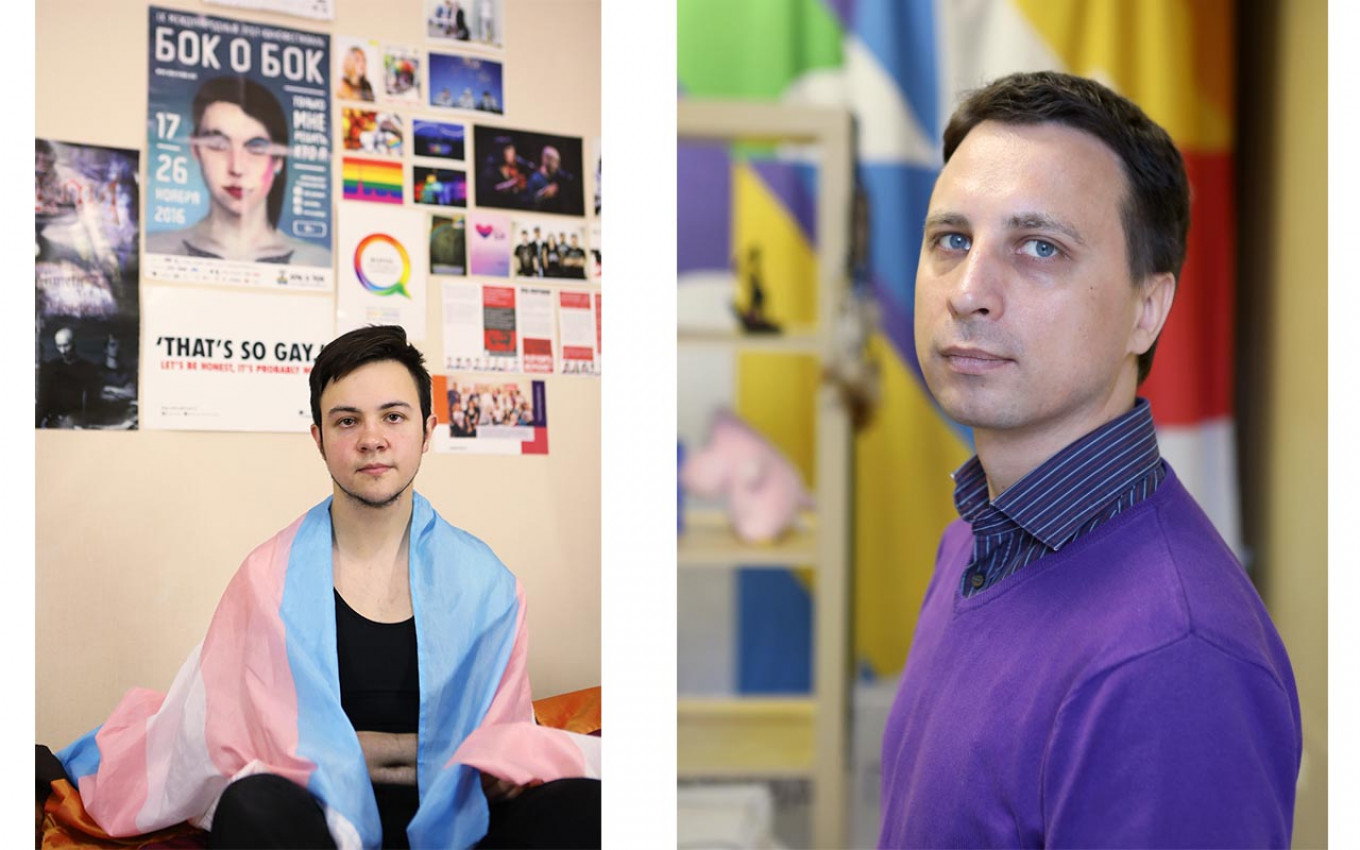 Victor (St. Petersburg, 1996) protests regularly with the trans flag around his shoulders and a sign in his hands. Last weekend he went outside to protest against the proposed new law. "No, I wasn't afraid. Certainly I didn't want to be arrested, but if I was arrested, it wouldn't be a big problem. I was ready to spend some hours at the police station. I protest because this law violates my rights and the rights of my transgender friends. This law makes transgender people in Russia second-class people and it can make it difficult or impossible to change documents. Although I don't want to get married and have children, this law affects me. It is also a huge problem for transgender people in the closet who will be outed through their documents."

Max Olenichev, a cisgender man and lawyer with the Coming Out LGBT organization: "This bill proposes banning transgender people in Russia from getting married and forcing them to receive 'old' birth certificates with irrelevant data. ... It is discrimination that reinforces stigma. There should be no place for such laws in our world." 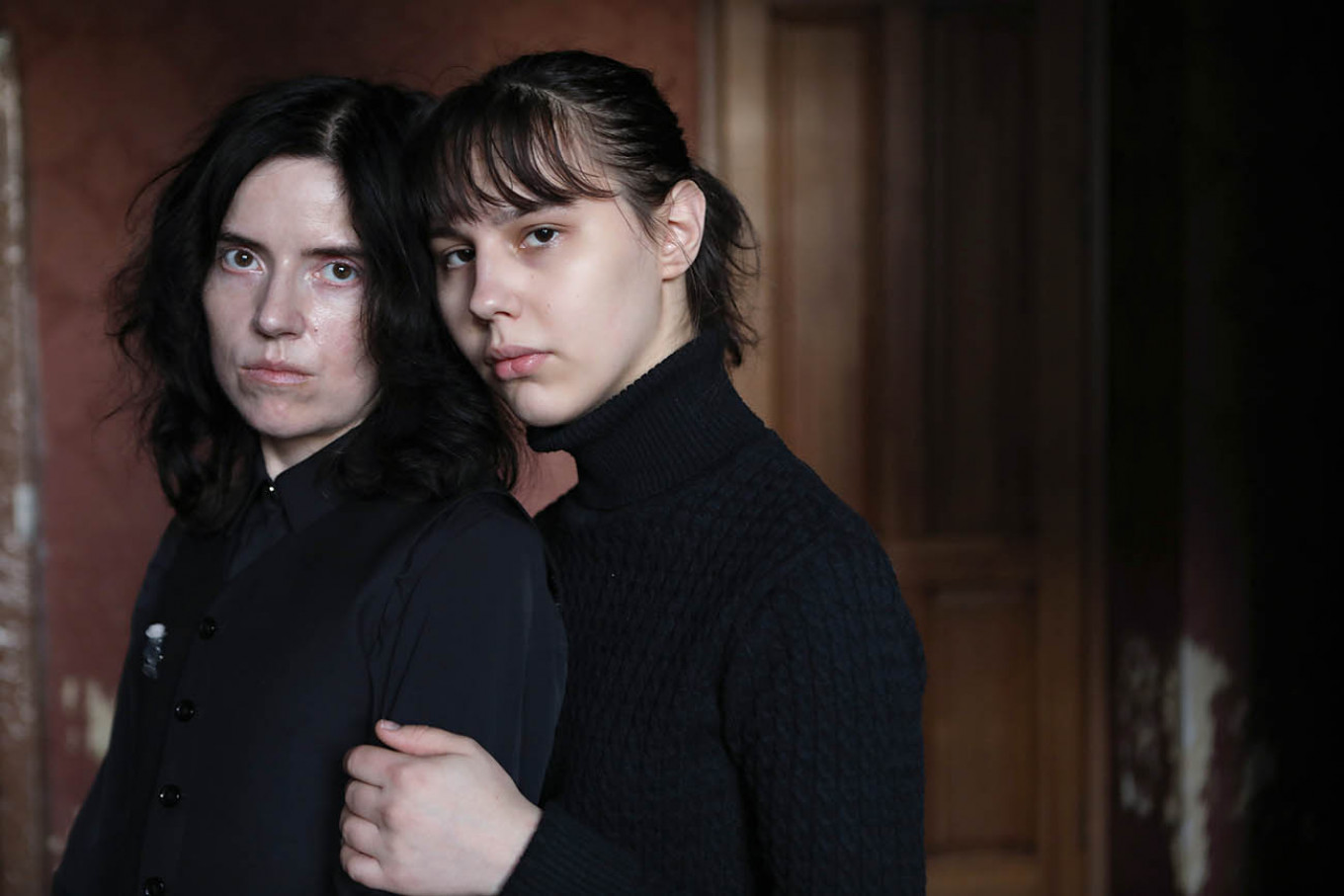 Severi (Kislovodsk, 1984) and Marina (Gatchina, 1996) became a couple when Severi was still living as a trans man, on official documents, with surgery and with hormone-replacement therapy. Now Severi is a woman again on paper, but lives non-binary.
When Marina's parents heard she was a trans woman, they locked her up and called the church. "Two priests tried that same day to drive the devil of transgenderism out of me with brutal interrogations and rituals. After this exorcism attempt I climbed out of the window and fled."
Jasper Groen 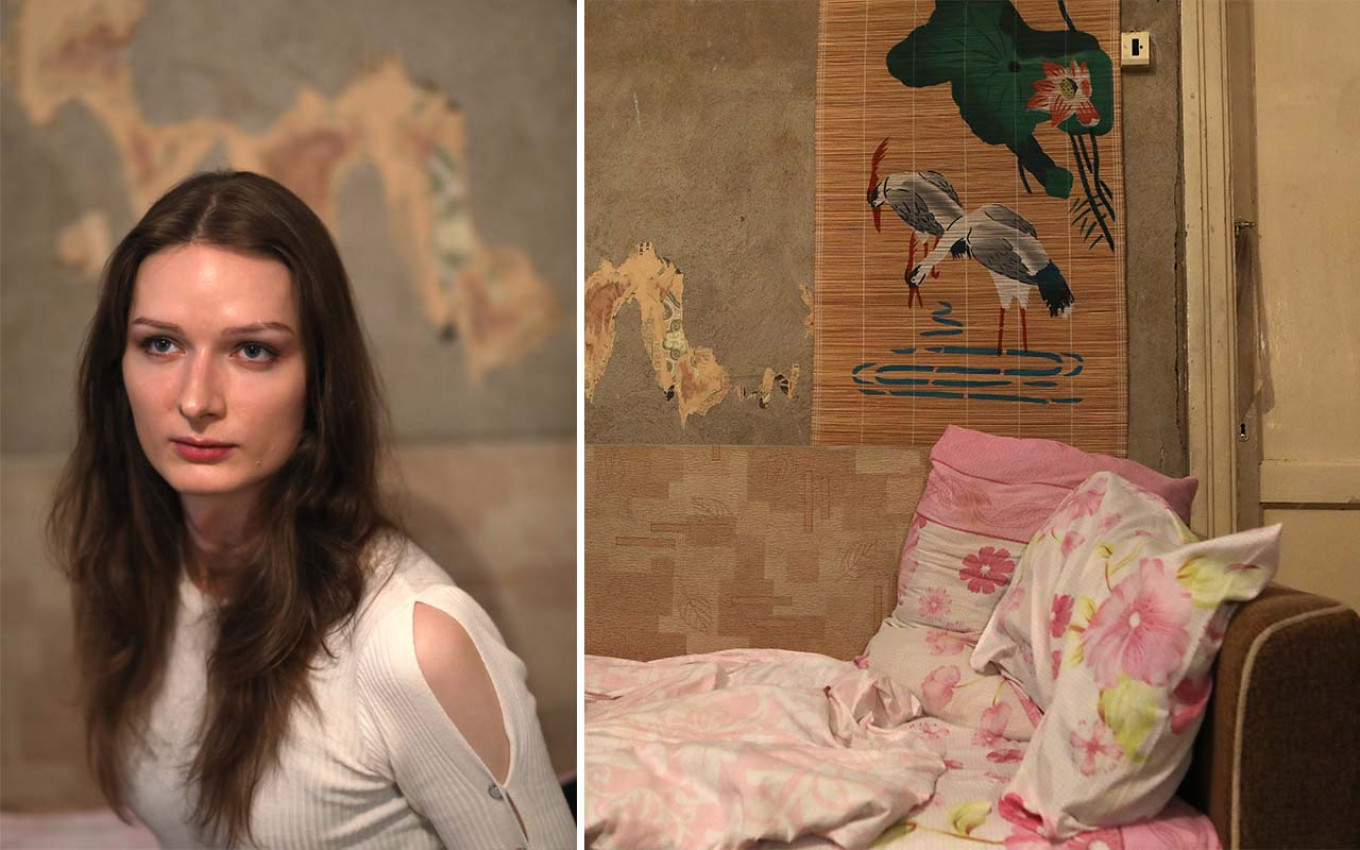 Yekaterina (origin and age confidential) lives and works in a brothel and is proud of that. "If men want to pay me for sex, that is the ultimate proof that I am a woman."
Jasper Groen
Read more about: LGBT