According to new data from the Levada Center, 41 percent of Russians between 18 and 24 years of age would like to leave the country and seek permanent residence abroad. While this could be considered an indirect consequence of dissatisfaction with life in Russia, Levada Center data also show that Russians in this age group take a more positive view of the current state of affairs than older citizens, and their political views are more conformist than the national average.

It’s important to note that these convictions, more conservative than those of the country as a whole, are formed not only by political engagement, but also in the family. Yuliya Lezhnin, senior researcher at the Institute for Social Policy, has written in detail about this turn of young Russians towards more traditional family values, a tendency which is even more obvious among young people in large cities, and most of all among young women in Russia.

That is to say, understanding the views of young people in Russia today does not begin and end with their lack of political engagement; apolitical leanings, after all, can often lead to more conformism in political preferences. One example, writes Lezhnina, could be the fact that young women’s demands for more traditional family values tend to increase during periods of social and economic uncertainty. A similar logic determines the political preferences of young people.

Most of those who sincerely believe that younger generations will come and change everything simply do not understand the reality in which Russian youth exists.

It is this conformist political behaviour, in the opinion of young people, which provides the best route for social advancement in Russia today. It is not insignificant that students traditionally name state officials as one of their top three most prestigious professions. The desire to emigrate and live abroad should be seen in a similar spirit, especially since that goal is not too difficult to attain for the average holder of an undergraduate degree.

Most of those who sincerely believe that younger generations will come and change everything simply do not understand the reality in which Russian youth exists.

Today, the average freshman at any Russian university was born in around 2000. Such people have never known any other leader than Vladimir Putin, who has been the country’s de-facto leader for their entire lives.

This freshman most likely studies at a university in a regional capital, but even there probably feels a stranger because he was born in a smaller town or village. At the same time, he has a good understanding of what an education is really worth in Russia today, because even job search websites on longer require users to fill out their educational background. In short, he’s somebody who realizes that there are other paths towards self-realization and a future career.

Paradoxically, while the educational system in Russia today does not really offer students high-quality knowledge or understanding, it does provide a lot of other opportunities for their self-realization. All universities have whole departments for extracurricular work, which in some cases are even headed by the vice-chancellor. Thus extracurricular work is almost as significant to the modern Russian university as education and research.

But this system performs another function: it helps the authorities to identify active students, who can then be recruited for various state-organized activities.

These can range from student-led construction teams to the “Snowy Landing” initiative (in which students visit villages in winter, where they stage concerts for locals and help the elderly). These students also play a role in the volunteer movement and youth parliaments. They help out in student unions and events put on by the Russian Youth Union (such as the “Student Spring”) and the Young Lawyers of Russia.

The next stage is to get these active students involved in government-controlled political activities. For example, activists (or rather, the “shock troops”) from student organizations appeared as extras in several rallies in support of Russia’s annexation of Crimea in 2014.

This exploitation of young student activists becomes even more frequent and even more obvious during election periods. During the campaigning period in the presidential elections of 2018, Golos, a voters’ rights movement and NGO, launched an investigation into the activities of the “student headquarters of Putin’s supporters” and the “Victory Volunteers” movement, which had allegedly collected signatures to support Putin’s nomination as a candidate in the elections.

The Russian Youth Are Packing Their Bags

The Golos investigation revealed that both the Victory Volunteers and student headquarters were closely associated with other youth and student associations, all of which were supervised by Rosmolodezh (the Federal Agency for Youth Affairs) and regional and local administrations.

In most cases, such youth organizations are under direct state control.

Thus in at least 40 of the 76 regions where branches of the Victory Volunteers are present, the organization’s coordinators happened to be local government employees or organizations funded by the federal budget. Furthermore, in almost all cases, the official duties of these state employees directly concerned the supervision of volunteer initiatives, youth policy, or patriotic education.

The Russian state has now essentially reincarnated the pioneer and Komsomol organizations of the Soviet era, only with a looser structure. This structure is pseudo-public and pseudo-bureaucratic, and is one which falls short of the needs of university students and schoolchildren alike.

It’s important to note that this system, whatever its political (ab)uses, genuinely does offer social advancement for active young people from the provinces. Graduates of this “Komsomol 2.0” have gone on to occupy quite influential positions in state bureaucracy, especially when it comes to youth policy.

The Russian state has now essentially reincarnated the pioneer and Komsomol organizations of the Soviet era, only with a looser structure.

Only the activities of Alexey Navalny stand out against this dispiriting background. However, even Navalny’s activities in the regions over the past year have decreased significantly. Far from being a vehicle for social advancement, involvement with the “Navalny headquarters” these days is a surefire way to get into problems with the police and security services.

Nevertheless, it wouldn’t be fair to say that there’s no thirst for liberal politics among young Russians today. In recent years, young people have taken to the streets in protests and participated in civic election observation missions, alongside other volunteer projects.

But without a broad field of other social activities, a few dozen engaged students in a region can quickly become a closed circle; its members may soon grow disillusioned and start to leave it, preferring to migrate elsewhere in Russia or even overseas. All of the above must compel the more “progressive” elements in Russian society to think much more seriously about how to attract young people to their side.

A version of this column was originally published by Riddle. 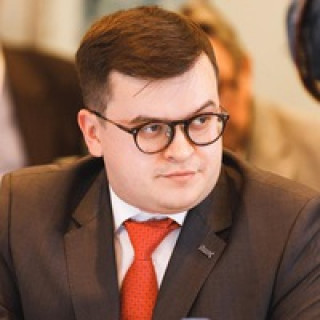 A member of electoral rights group Golos and contributor to Riddle.

The U.S. and Europe need to maintain the agreed negotiating format while planning for the worst case to show Russia it will face a severe response to aggression...
'comfortable conditions'

Foreigners present in Russia for more than three months will soon be required to pass a litany of medical exams every quarter.
opinion Mark Galeotti

Scapegoating Russia Over Our Gas Problems Is Not the Answer

The gas crisis is a fitting metaphor for the challenges of the modern world: complex, global, hard to fix and likely to have long and unpredictable impacts...
Free Speech Arena

Is a Sports Website Russia’s Most Vibrant Forum for Free Expression?

On Sports.ru, users discuss sports but they also spar over politics, economics, even identity.