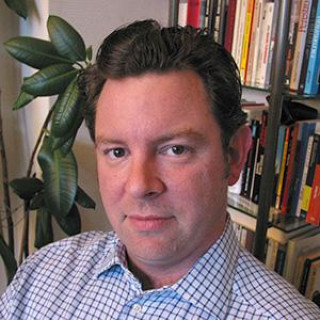 Russia’s cinema business is growing three times faster than the real economy, but it's a bumpy ride. In 2018 Russian movie-goers set a new record with 56 million visits to a cinema to generate a box office take of 13.5 Bln rubles ($200mn). With one Russian in three having a night out in front of the silver screen, the growth of the business is fueling a revival in the whole media sector where Russia has a long and prestigious pedigree.

But the sector is still in its adolescence. Following the collapse of the Soviet Union that atomized the cinema business, even the five biggest chains combined still only account for a third of the box office. Moscow cinemas in the country remain stand-alone affairs and more have become intimately wrapped up with the development of big malls in the regions.

The Oktyabr cinema on Novy Arbat in central Moscow is an icon of the business. Established in Soviet times, it is the largest in the country and the flagship movie theater of Karo, the third largest chain in Russia which primarily focuses on the big urban sprawls of Moscow and St Petersburg.

“Oktyabr was 50 years old in 2018 and the biggest in the country,” says Olga Zinyakova, a former movie producer who is now Karo’s young CEO and responsible for growing the business. “One of the drivers of Oktyabr is art films we show that you can’t see anywhere else. Another, which accounts for 50 percent of the box office, is the festivals; we run British, Japanese, Irish festivals and many others. They are popular with the audience, who are ready to pay a premium to see movies like these.”

Cinemas increasingly have to compete with online streaming services like Netflix, but Russia also suffers from one of the worst piracy problems in the world. Zinyakova says the pirates are a problem but simply making good films is a bigger issue.

Russia has a long history of grand movie making, personified by the likes of Sergei Bondarchuk and Sergei Eisenstein, who were pioneers in the cinematographic business. However, Zinyakova says there is not too much difference in the tastes of Russians and the rest of Europe. The business is developing along the same lines as in the West.

“Take the art niche. This has been growing in Western Europe too and now accounts for 5-7 percent of the total box office. Two years ago we had just 1 percent and now it 3 percent, which is significant growth. To be honest I can’t say we are more cultured than Western Europe,” says Zinyakova, adding that Oktyabr shows Soviet classics that go down well with audiences.

The box office take has been growing in recent years, but the business has been knocked like everything else by the external shocks to the economy. 2015 and 2016 were tough years following the crash of oil prices and a sharp devaluation of the ruble.

“The policy which we were following [in 2015 and 2016] was to reduce the ticket price to provide people that don't have any alternatives some entertainment,” says Zinyakova. “That is why in 2017 Russia became number one in admissions in Europe. I believe if there was no currency issue we would be in the top three in Europe in box office too – currently we are number seven – but still the market is huge.”

From Russia With Cinema

Russian content is growing significantly and Netflix recently announced it was paying a record $1 million for the rights to the TV series “Better than People,” a sci-fi set in the near future where androids are part of society. The state is also backing MosKino, a studio on the outskirts of the capital set up to aid high-quality TV and movie production. And Russia’s large population ensures a decent audience for Russian-language movies.

“Currently we have something like 20 percent of all movies seen in Russia that are made in Russia. And the quality of movies is growing,” says Zinyakova. “I can say that Russians like the local movies. It's a question of quality, which is always true. The problem is the amount of movies we produce are not enough. We produce about 110 movies per year, while France is producing about four or five times more.”

The development of Russia’s movie business is intimately tied up with the emergence of a middle class in Russia during the boom years in the oughts and also went hand in hand with the appearance of large organised retail in the regions as shopping malls and hypermarkets appeared like mushrooms after the rain.

“However, the bigger issue is how to reach families and students – young people – who have to watch their budgets. And there are fewer young people because of the demographic problems. The audience is getting older,” says Zinyakova. “Ten years ago we were talking about the problem of how to make older people come to the movies? How to attract the 30-plus audience to come to the cinema? Now when we have a presentation they are all talking about how to bring the young people to the cinema.”

A Capital of Culture

Karo has a full schedule of foreign made blockbusters in the pipeline for 2019 — "Lion King II," "Frozen II," "How To Train Your Dragon II" – and is targeting families as one of the best demographics and regular movie goers.

The ups and downs of the domestic economy have impacted the company’s bottom line, but when things go well, they go really well.

“2018 was an extraordinary year as it was the first one when the whole market showed a decrease in box office take, down approximately 15-20 percent. But Karo managed to remain flat versus last year,” says Zinyakova.

“There were several things that had a huge impact on us. The first was the content, which was not that interesting for the Russian audience — especially the foreign and U.S. blockbusters. That is partly why the Russian content showed such a big growth in percentage share in the gross box office,” says Zinyakova.

“The other thing is that there was a fire with a lot of victims, a lot of kids in the [Wild Cherry] shopping mall in Siberia that put people off visits to the cinema. There was a period for a month or two when people were afraid. There were a lot of fire inspections and alarms were checked all over Russia. Each of our cinemas passed more than 10 fire inspections this year from different structures. A lot of cinemas were closed as they failed to pass the inspections.”

And finally there was the World Cup in Russia where the whole country turned into a giant party for over a month. Moscow was an epicenter and no one expected the Russian team to do as well as it did, nearly making it to the quarterfinals.

But apart from the one-off factors, cinema has been growing pretty steadily. It restarted in 1997, according to Zinyakova, with the opening of the legendary Kodak Kinomir on Pushkin Square about 15 minutes away from Novy Arbat.

It was the first western style cinema in Russia showing international blockbusters and serving outsized portions of popcorn and coke.

“In those years the growth of the cinema business was the biggest of all sectors in the Russian economy, rising by 300 percent each year,” says Zinyakova. “But even the growth over the last five years has been good, at least 10 percent a year.

Retail developed the same way but once a few leaders appear they start consolidating the sector until a few dominant groups appear. That process has come to an end in supermarket chains, but it is only now getting going in cinemas.

“The consolidation has already started,” says Zinyakova. “In 2017 the two biggest chains were consolidated into one – Cinema Park and Formula Kino – which is the biggest chain in terms of the number of screens and cinemas. In second place is KinoMax and then Karo.”

Zinyakova says Karo’s investors, which include UFG Private Equity, the biggest private equity fund in Russia, are considering expansion through acquisition, but if cinemas follow the same path as supermarkets then it will take many years to complete the process.

“The market needs a consolidation. There are chains that are planning to expand but others have gone bankrupt,” says Zinyakova. “The pressure on the smaller chains is very high right now. It is not just a question of the rent but also maintaining the equipment as the cost of that is all in dollars. It will happen but not soon.”

Immerse Yourself in the Kabakovs' Worlds

Venice Comes to the Pushkin Museum

Run, don't walk, to see this lush, glorious exhibition of Venetian painting at the Pushkin Museum.