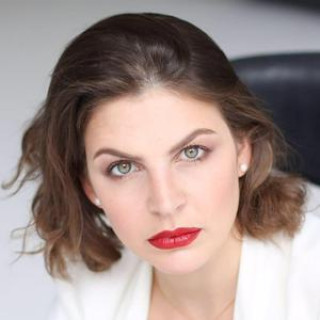 Major changes are occurring in the world of women’s rights, which are becoming analogous with human rights – albeit slowly and in spite of great resistance. While many legal documents have long declared equality a fact, the reality has been very different.

Most recently, we have seen football megastar Cristiano Ronaldo coming under growing scrutiny amid allegations of rape. And the scandal that surrounded the confirmation of U.S. Supreme Court nominee Brett Kavanaugh, who was accused of attempted rape, has stirred up intense controversy.

Women are no longer keeping silent. And this poses a serious threat to those whose promiscuousness was emboldened by that very silence. This has, of course, unleashed a storm of counter insults and allegations directed against women who have shared their stories of abuse. But enough evidence has accumulated to warrant the dismissal or suspension of a wide array of perpetrators.

Every candidate for the U.S. Supreme Court must have an impeccable professional and personal reputation. Anything less would undermine the system of checks and balances that forms the very foundation of the United States.

Once it became clear that Kavanaugh could be appointed, Dr. Christine Blasey Ford decided to come forward saying that he had once attempted to rape her. She recognized that his character and past conduct were now a matter of concern not only for her, but for every U.S. citizen.

Her decision seemed to be in keeping with the spirit of the age. Women have found the courage to speak out about a subject that had been kept hidden for years, and U.S. society is learning to discuss these pressing problems and find solutions to them. This case, however, has sparked a strong reaction from not only the Republicans and Democrats locked in a power struggle and from their constituents, but also from every segment of Russian society.

“The Feminist Terror on the American Political Scene” was the title Russian journalist Yulia Latynina chose for her article on the Kavanaugh case. On the one hand, this was not surprising because she has taken misogynic positions before.

Take, for example, the story of Orel resident Yana Savchuk, who was beaten to death in November 2016 by a former partner with whom she had lived. The policewoman who answered one of her many phone calls for help said: “Don’t worry – if there’s a corpse, we’ll come and write up a report.” Latynina wrote: “It was terrible the way that [police] woman responded, but it wasn’t so terrible.”

“If you ask any cop,” she argues, “he’ll tell you, ‘You know, when we respond to such calls, we find that both the woman and the man she’s living with are drunk.’ Only one out of many thousands of such calls results in murder,” Latynina concludes.

Russia is among the only countries in Europe without a law against domestic violence, and battery is still not a crime here. Several days ago, a Perm resident named Marina was murdered. On 11 separate occasions, she had called the police requesting help against an aggressive neighbor. Each time, the police had answered, “We’ll take care of it.” Her husband claims, however, that the police never took any action and refused to press criminal charges against the neighbor.

Apparently, the police officer believed, like Ms. Latynina, that the situation wasn’t “so terrible.” Many people in Russia think the same way, including the State Duma deputies who voted in favor of the initiative by lawmaker Yelena Mizulina to change battery from a crime to a misdemeanor punishable by a fine of 5,000 rubles (approximately $80). For now, we can only dream of having a law against sexual harassment in Russia.

According to Tamara Pletneva, who heads the State Duma Committee for Women’s Issues, “The women who are being harassed probably wanted it in the first place. If we make this law, we will be like those European women whom no one is allowed to touch, who see harassment in everything, and who might even dream about it happening to them.”

It turns out that even people on opposite ends of the political spectrum in Russia — Latynina, an opposition columnist and Pletneva, who is ardently pro-Putin — are united in their unwillingness to see the real problems women face and recognize their rights.

Misogyny is widespread in Russian society, even among liberals. Kremlin critics regularly ignore women’s issues. They often look only with passing interest. The harassment charges against State Duma deputy Leonid Slutsky, who was accused by journalists earlier this year of misconduct, is a good example.

The media boycott against Slutsky was the first high-profile Russian scandal in which opposition politicians and public figures chose to support women. But were they truly concerned about women’s safety? Unfortunately, no. The issue was fodder for their political confrontation.

The issue goes deeper, however than the debate conducted by warring political factions in Russian and the United States – none of which seems to care about the real problems women face. Who among them is genuinely concerned about women’s personal safety at home and in public? They should not change the subject by discussing the personal qualities and conduct of the victims. Rather, they should propose measures that bring perpetrators to justice.

Anna Rivina is a Doctor of Law and director of the Nasiliyu.nyet (“No to Violence”) Center. The views expressed in opinion pieces do not necessarily reflect the editorial position of The Moscow Times.

Khachaturyan Sisters' Father Abused Them Before They Killed Him, Russian Experts Say

“Women's beauty is shyness, politeness, a calm tone and keeping a distance from strangers,” the brochure adds.
Equal opportunity

The Labor Ministry has slashed the Soviet-era list of off-limits jobs for women from 456 to 100.